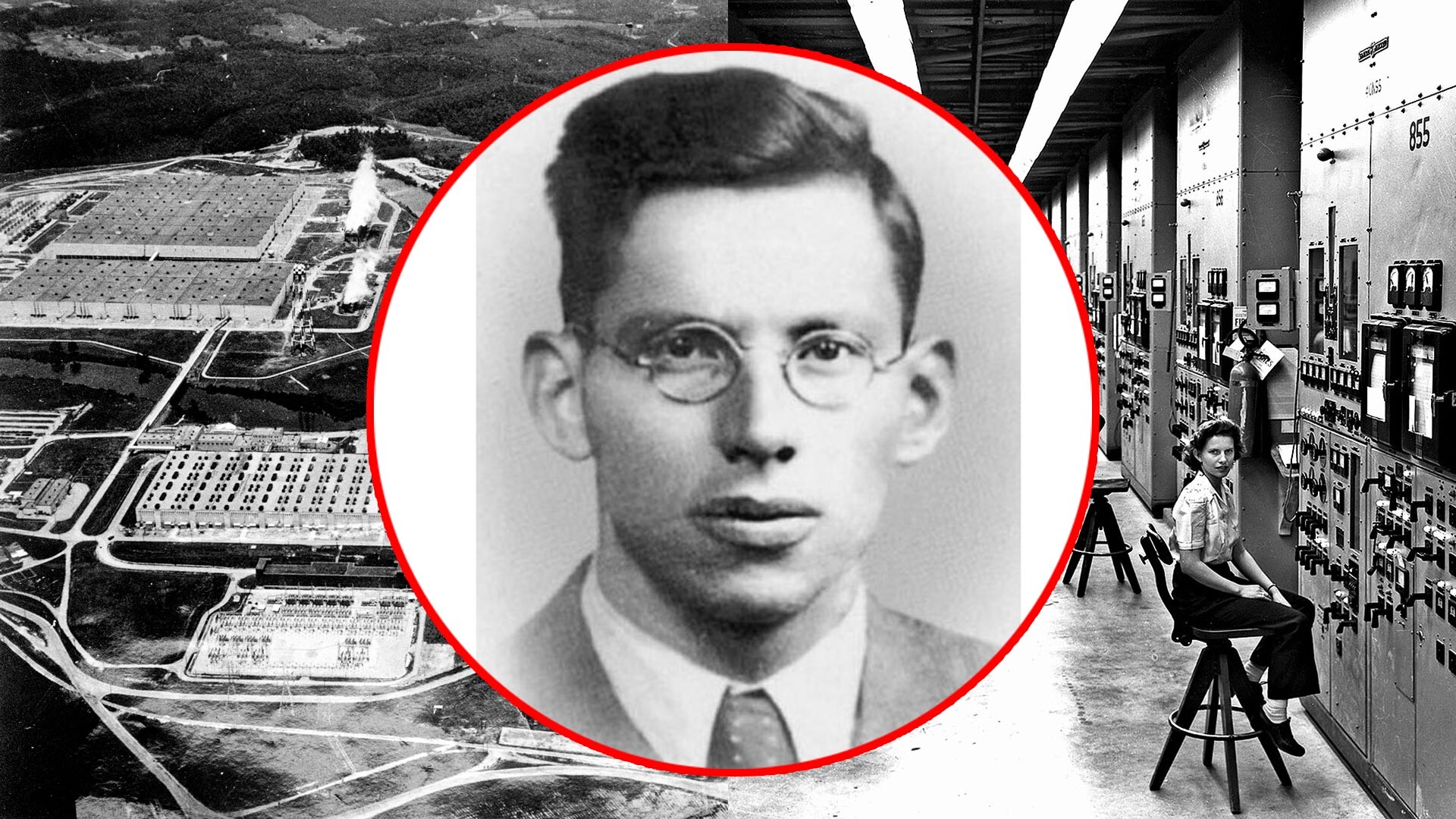 The American military tried their best to keep all facilities for their nuclear bomb development project secret. For example, Lieutenant General Leslie Groves, the project’s military head, created a so-called “dead-zone” in the restricted town of Oak Ridge. Workers there only had access to certain parts of a secret enriched uranium and plutonium center, and people from different departments were not even allowed to speak with one another. 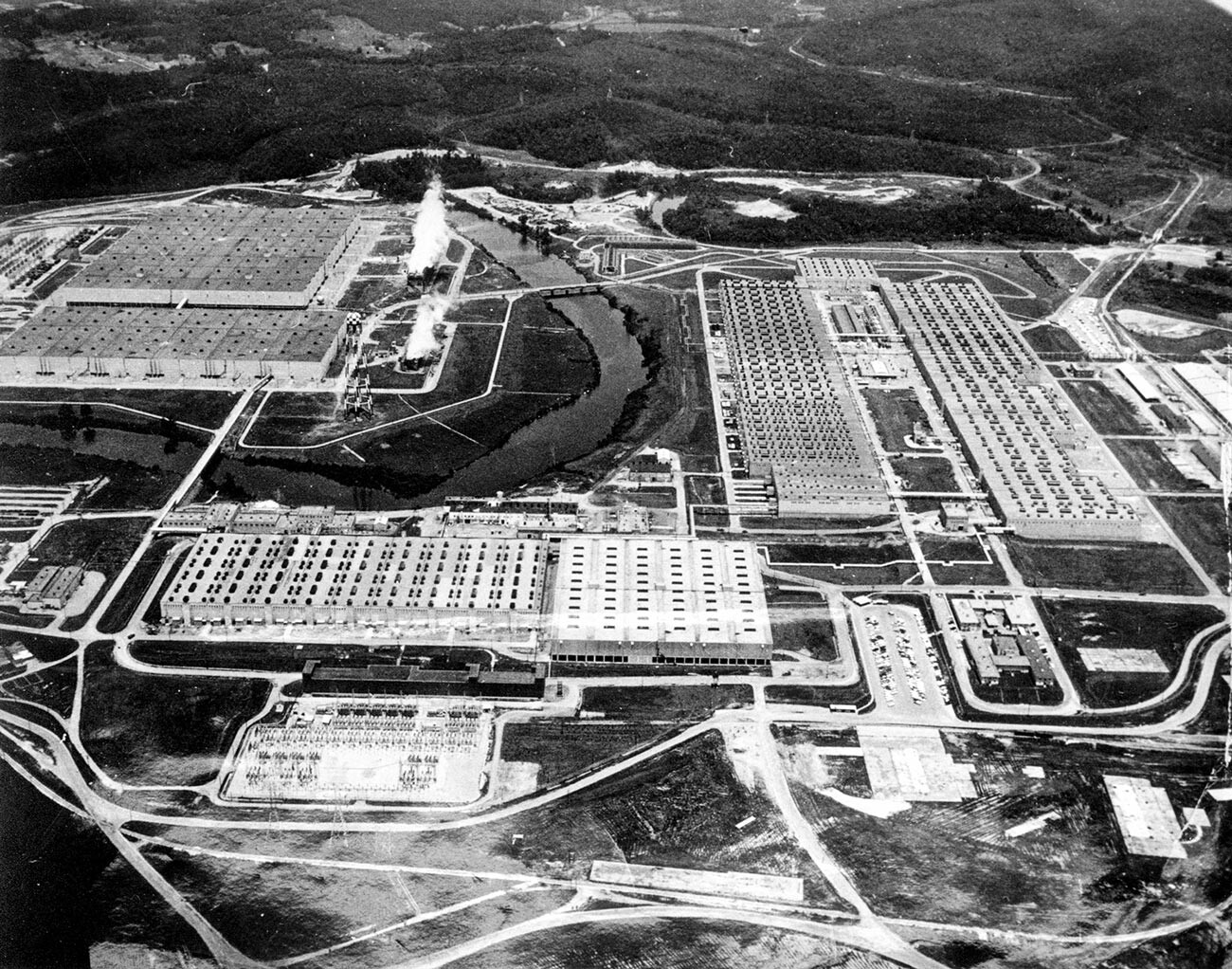 This is an aerial view of the Atomic Energy Commission's nuclear research facility at Oak Ridge Tenn.

However, the restrictions at the Oak Ridge center did not apply to X-Ray operators, one of whom was named George Koval who the military command knew only as a patriotic American. Born in 1913 in Sioux-City, Iowa, to a family of Jewish immigrants, Koval worked for Raven Electric Company before World War II and was called up for military service in 1943. The commission had noticed his unfinished engineering degree at Iowa University and required him to complete an X-ray operations course at the City College of New York. He turned out to be one of the best students in the program and, as a result, was sent to Oak Ridge. 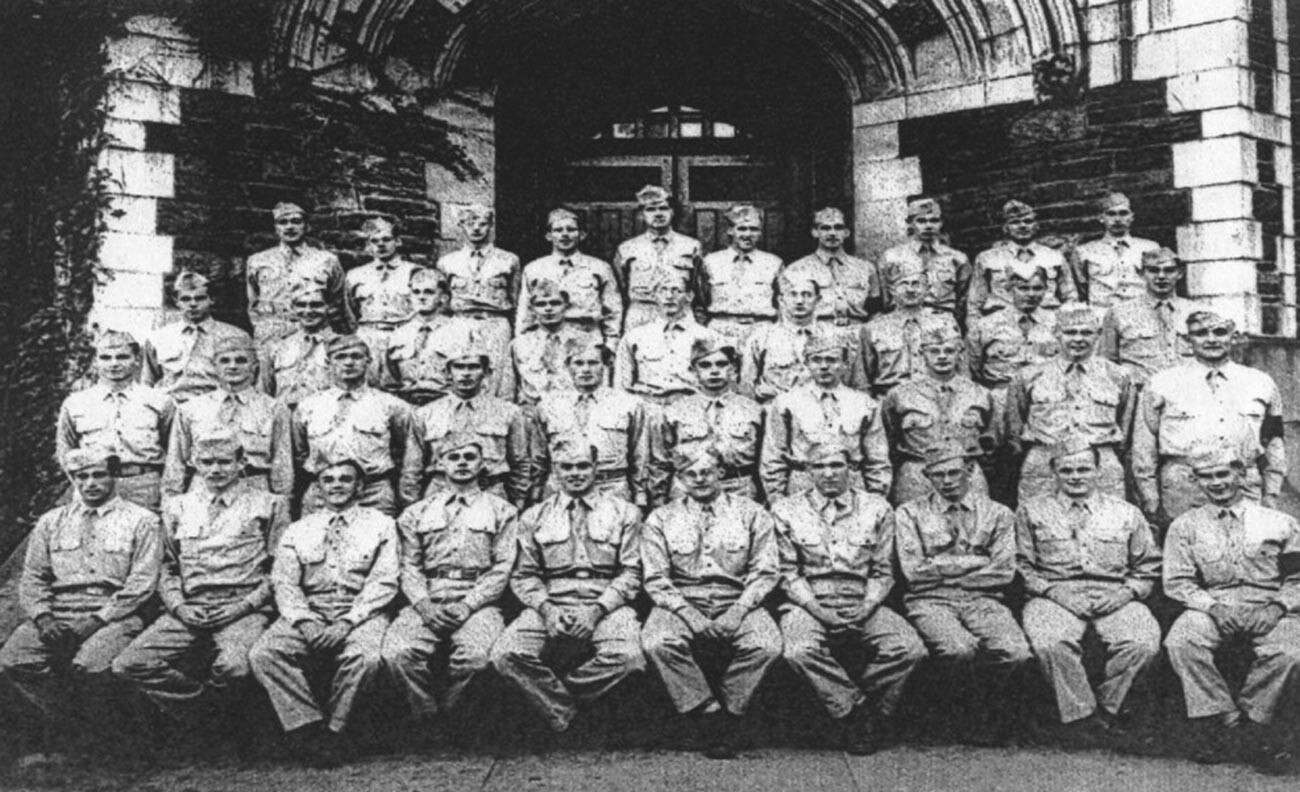 George Koval (fourth from the left in the upper row) with fellow students at the City College of New York.

At the plant, Koval checked workers’ doses of radiation with extreme diligence. He examined equipment and spoke with anybody who was willing to talk. Unlike senior officials at the project, who were always being watched, Koval was never even suspected of having an ulterior motive. In 1945, he was transferred to work at a laboratory in Dayton, Ohio. By the end of the war, Koval was held in such esteem that the command wanted to send him to Japan to investigate the results of the explosions in Hiroshima and Nagasaki. In the end, he was offered another job and did not go, instead resigning from his post and leaving the United States in 1948 to, he claimed, participate in the construction of electric stations in Europe. 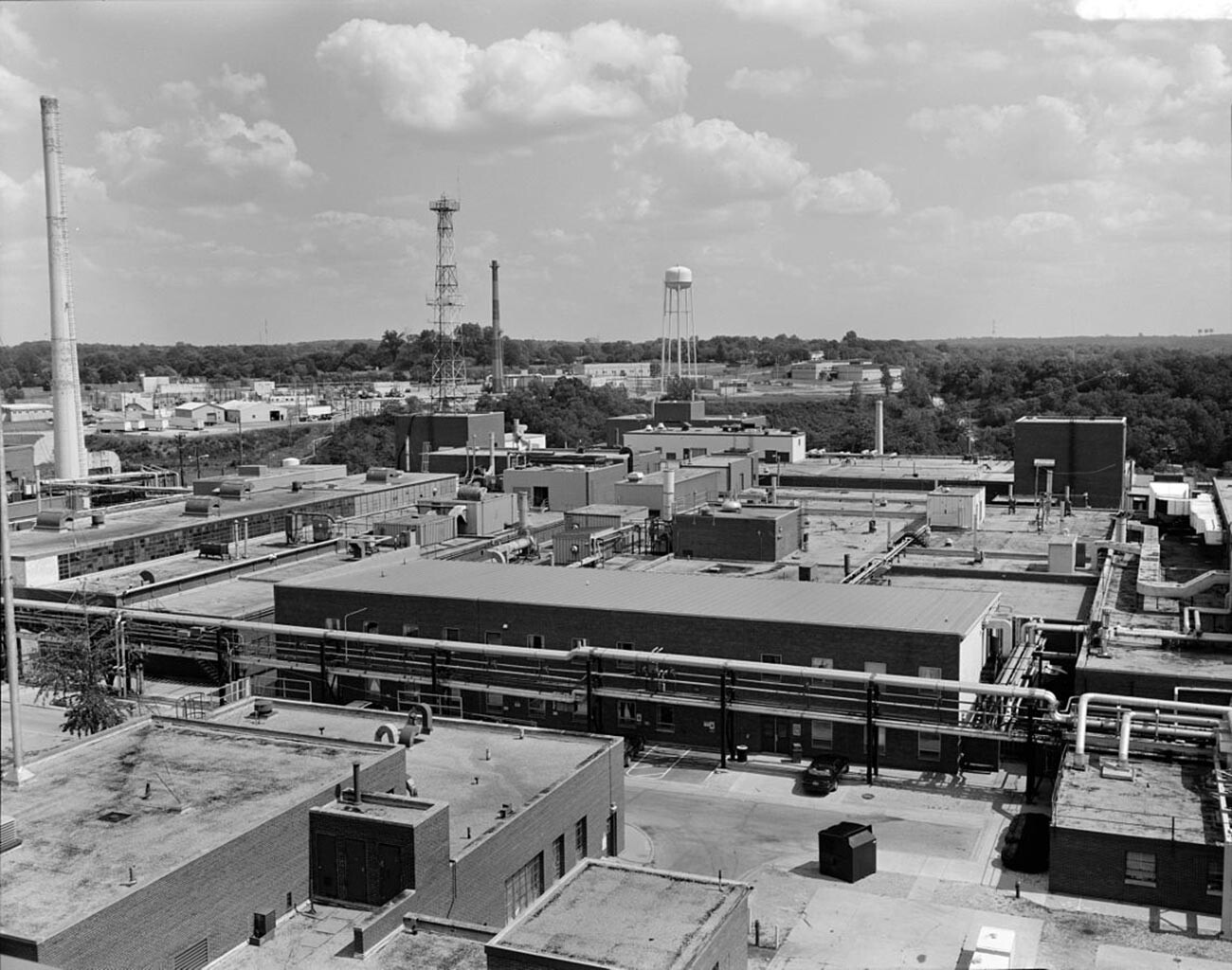 The first Soviet atomic bomb was tested in 1949. After this, U.S. intelligence agencies grew suspicious and began an investigation into whether there were Soviet spies in the American nuclear bomb project. Koval became a focus of the investigation, and anyone potentially acquainted with him was interrogated. The investigators eventually realized he was an agent of GRU (the Main Intelligence Directorate of the USSR). They even found a Soviet magazine with a photo of the Koval family and recognised George in it. All of this made for an unexpected discovery. Stewart D. Bloom, who studied with Koval, once recalled: “He didn’t have a Russian accent. He spoke fluent English, American English. His credentials were perfect.” 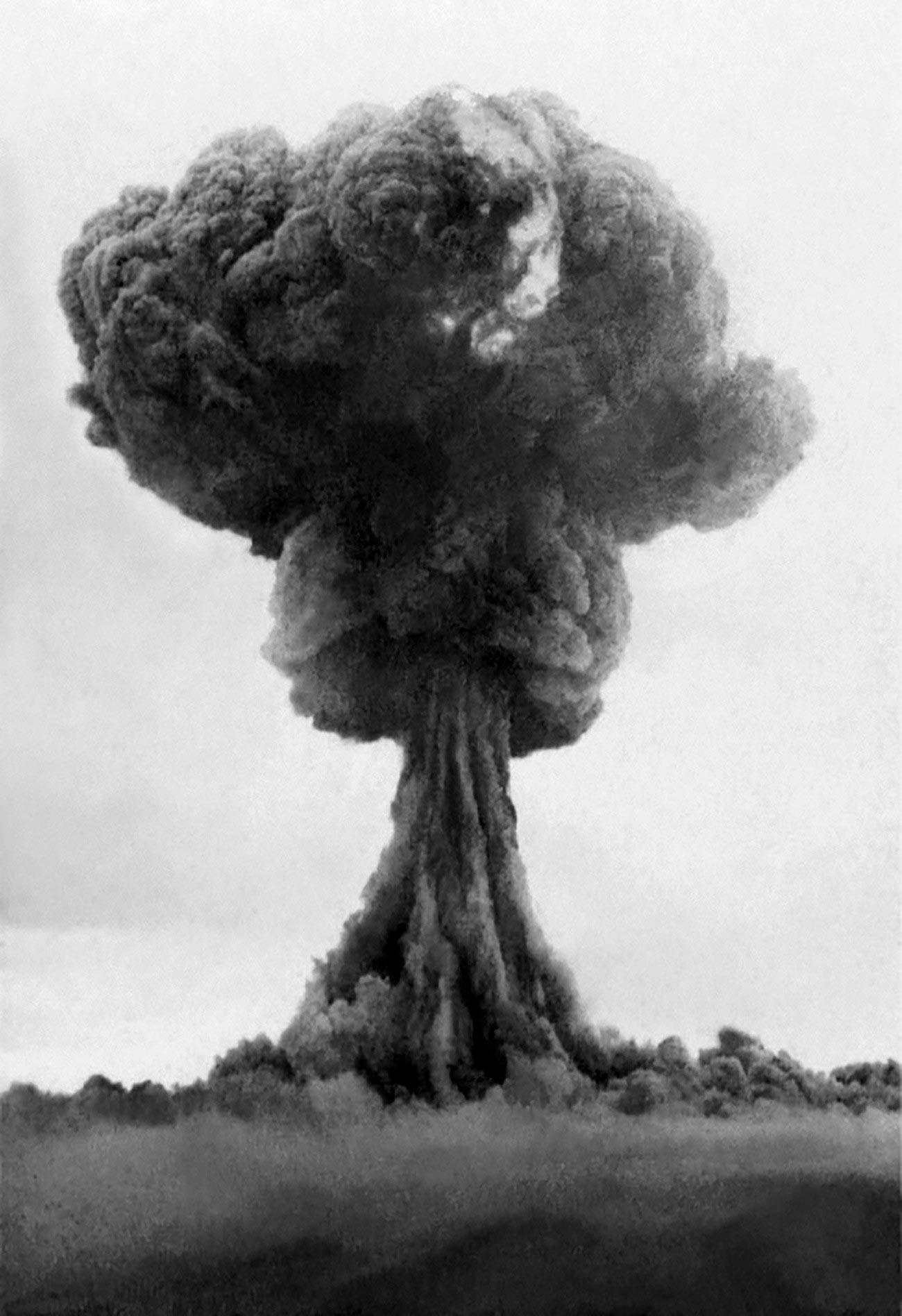 The mushroom cloud after the explosion of RDS-1, the first Soviet nuclear bomb, 1949.

The U.S. decided to keep these discoveries a secret. Researcher and writer Robert S. Norris explained that, “It would have been highly embarrassing for the U.S. government to have had this divulged.” This really was the case since Koval’s job at the Oak Ridge center was his winning ticket as an agent. Soviet intelligence knew about the development of a nuclear bomb at the laboratory of Los-Alamos, but previously the GRU had never heard of any of the work going on at Oak Ridge before! 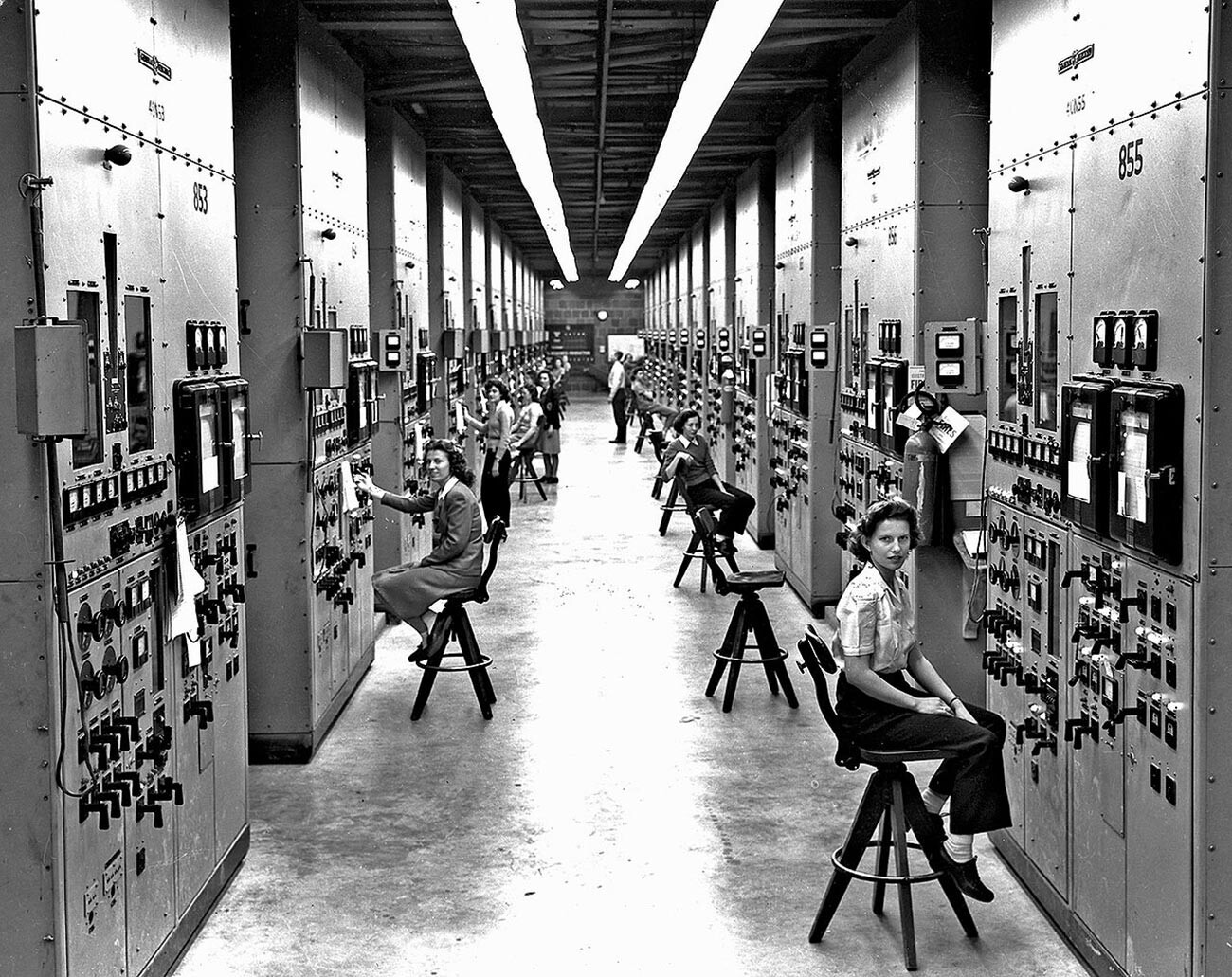 At the plant in Oak Ridge.

By that time it was already too late to arrest Koval. A Soviet secret agent with the codename Clyde who worked with Koval was the one who saw the enormous opportunity presented by him continuing to work in the American nuclear industry after WWII. Koval, however, sensed the situation was heating up because there were already a number of Soviet spy operations going on in the U.S. and Canada. He convinced Clyde he needed to return to the USSR.

The intelligence helps the physicists

Koval really did find his place as a secret Soviet agent. His chemical knowledge gave him the ability to understand how all these unfamiliar new technologies worked, while the agent in him always kept his eyes at the plant for anything that could be useful for the Soviet nuclear project. Stewart D. Bloom recalled that, “I saw him staring off in the distance and thinking about something else. Now I think I know what it was.” 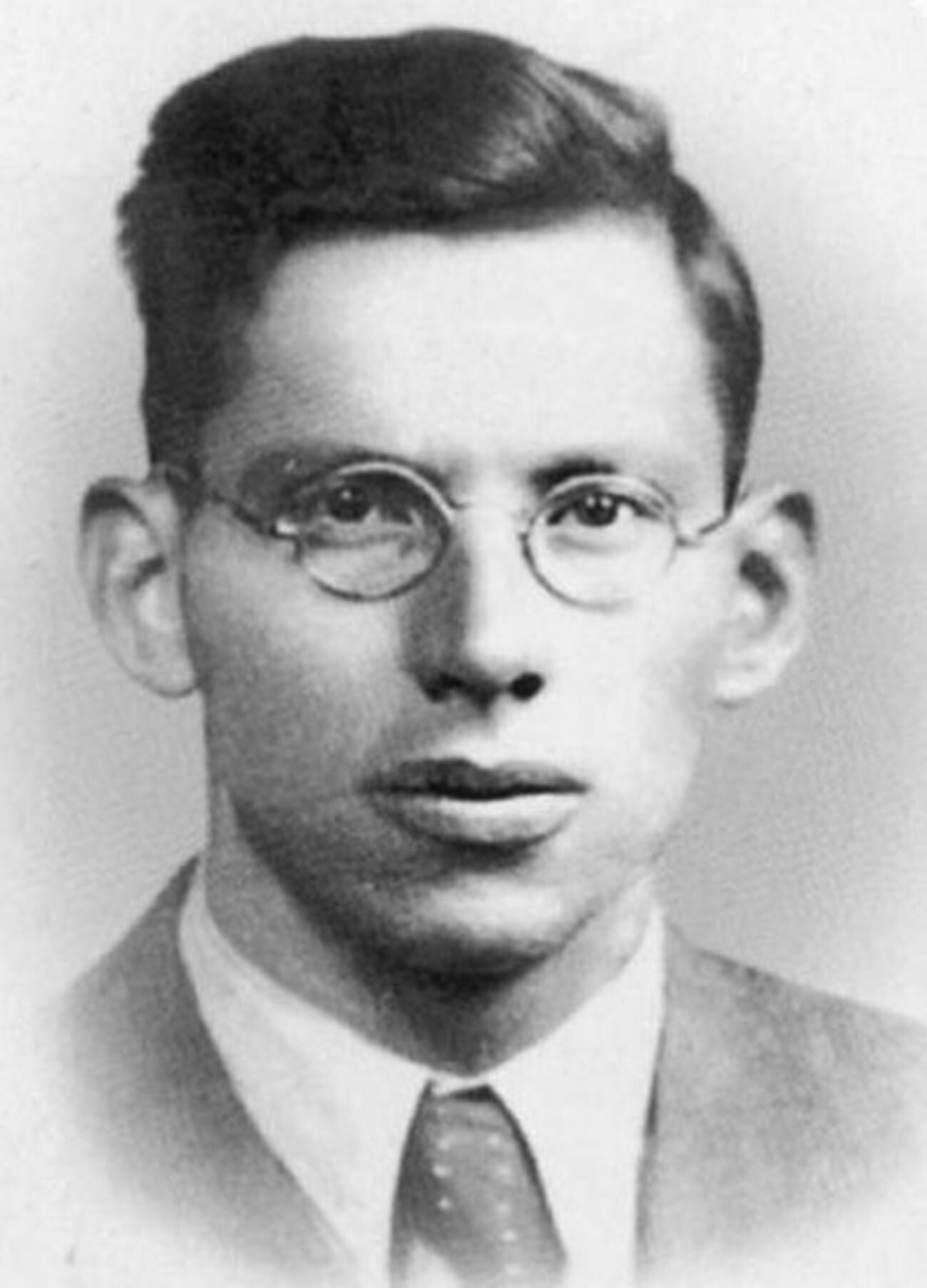 Koval was able to identify American atomic objects and their structures. He was the first Soviet agent to hold metallic plutonium in his hands and to figure out that the Americans were using polonium in their nuclear bombs and how they obtained it. Koval sent the technology for making a polonium neutron initiator that made the bomb explode to the USSR. The great Soviet physicist Igor Kurchatov did not know who had secretly discovered all of this, but it propelled him forward in the creation of a Soviet nuclear bomb. 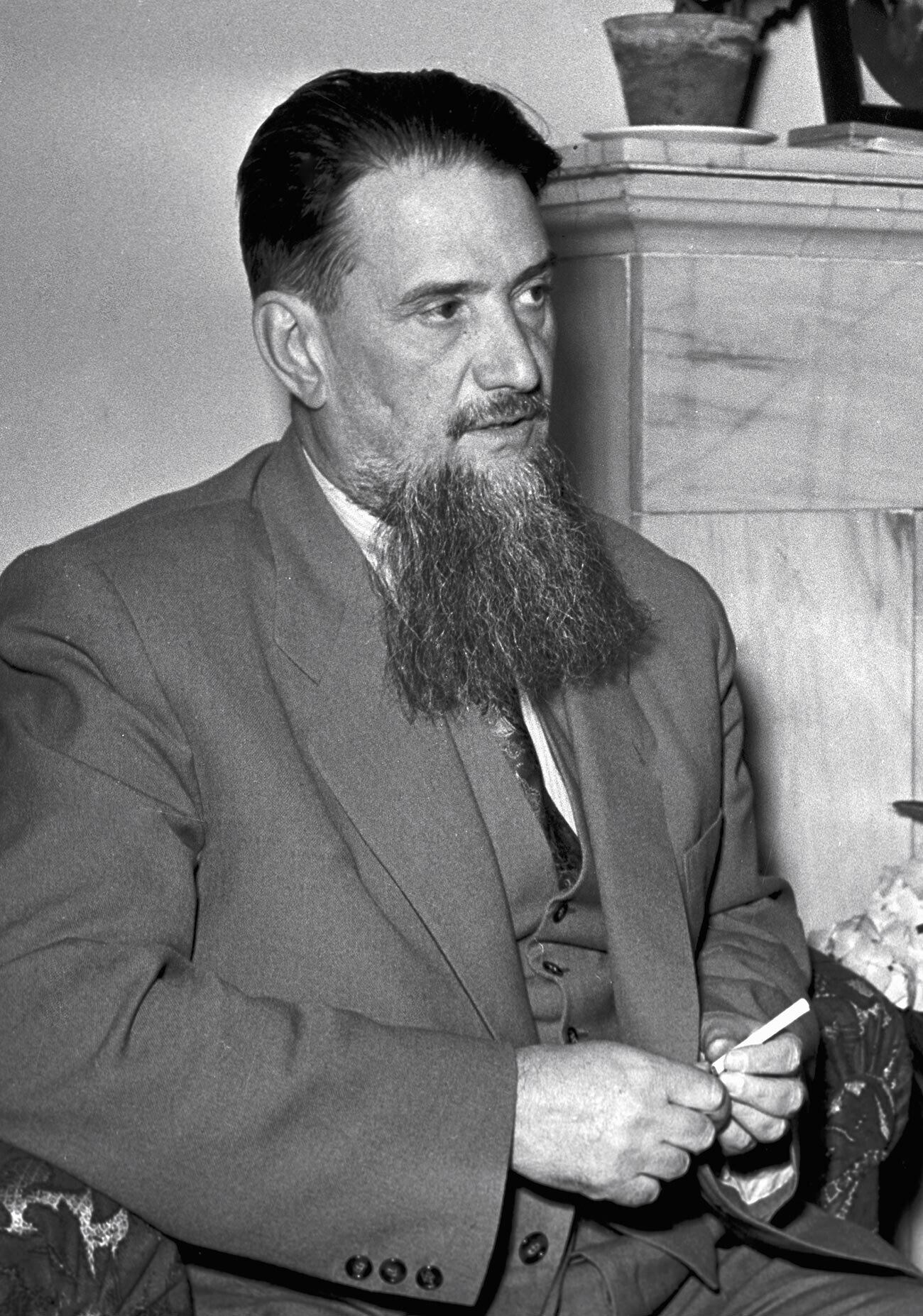 George Koval behind the legend

The U.S. military command was unaware of one important fact: George Koval had lived in the USSR for eight years. They did not know that the Koval family—who fled the Russian Empire before George’s birth—had decided to return to the USSR in 1932. They moved to the Jewish Autonomous Region and lived near Birobidzhan (6000 kilometers south-east of Moscow). The family even appeared in a photo for a magazine. 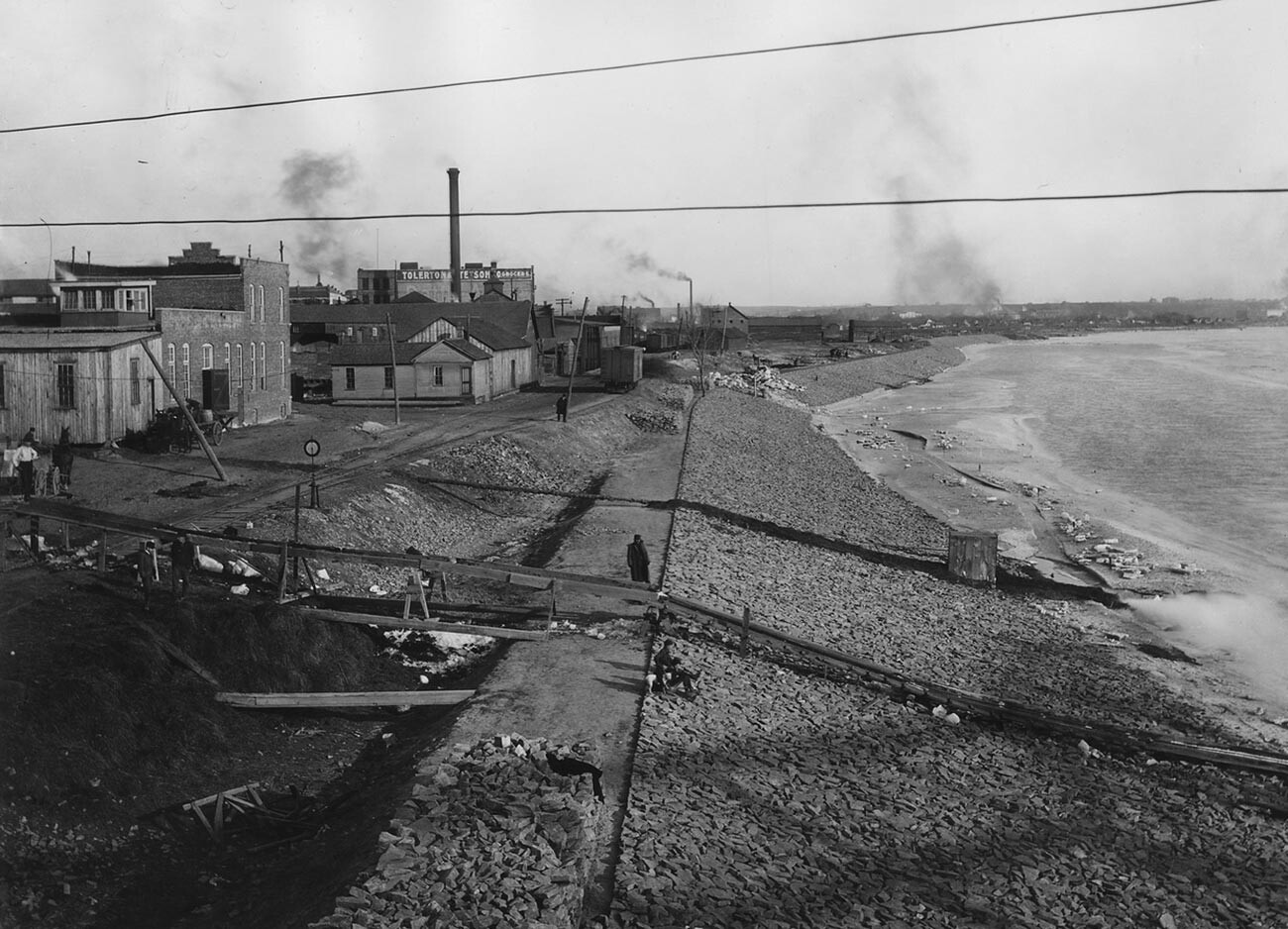 Koval’s education was just beginning. In 1934, he entered a chemical university in Moscow and became an outstanding specialist. He then began studying for a research degree, but the GRU changed the trajectory of Koval’s scientific career in 1939. He came back to it following his return from the USA but had trouble finding a job since his work as an agent was a secret, resulting in a decade-long gap during which he was missing from state institutions. In 1953, a letter to GRU helped solve the problem. Koval wrote that, “I didn’t want to disturb you, but the 10 years of my service for you are a ‘white spot’ on my biography.”

In 1939, Koval agreed at once to enter this Soviet spy organization. It was his scientific expertise and perfect English that attracted the GRU to enroll him as a deep cover agent in the U.S. He went through a special preparation course and was given the codename “Delmar.” Armed with fake documents, in 1940 Koval set out from Vladivostok to San Francisco on a Soviet tanker. He was extremely worried about being caught but managed to pass through the checkpoint with the tanker captain, who pointed out his wife, daughter and Koval saying that they had all come with him so that nobody even thought of checking the newly minted agent’s documents. Koval went to New York, where he met Soviet agents and established everything needed for his work. 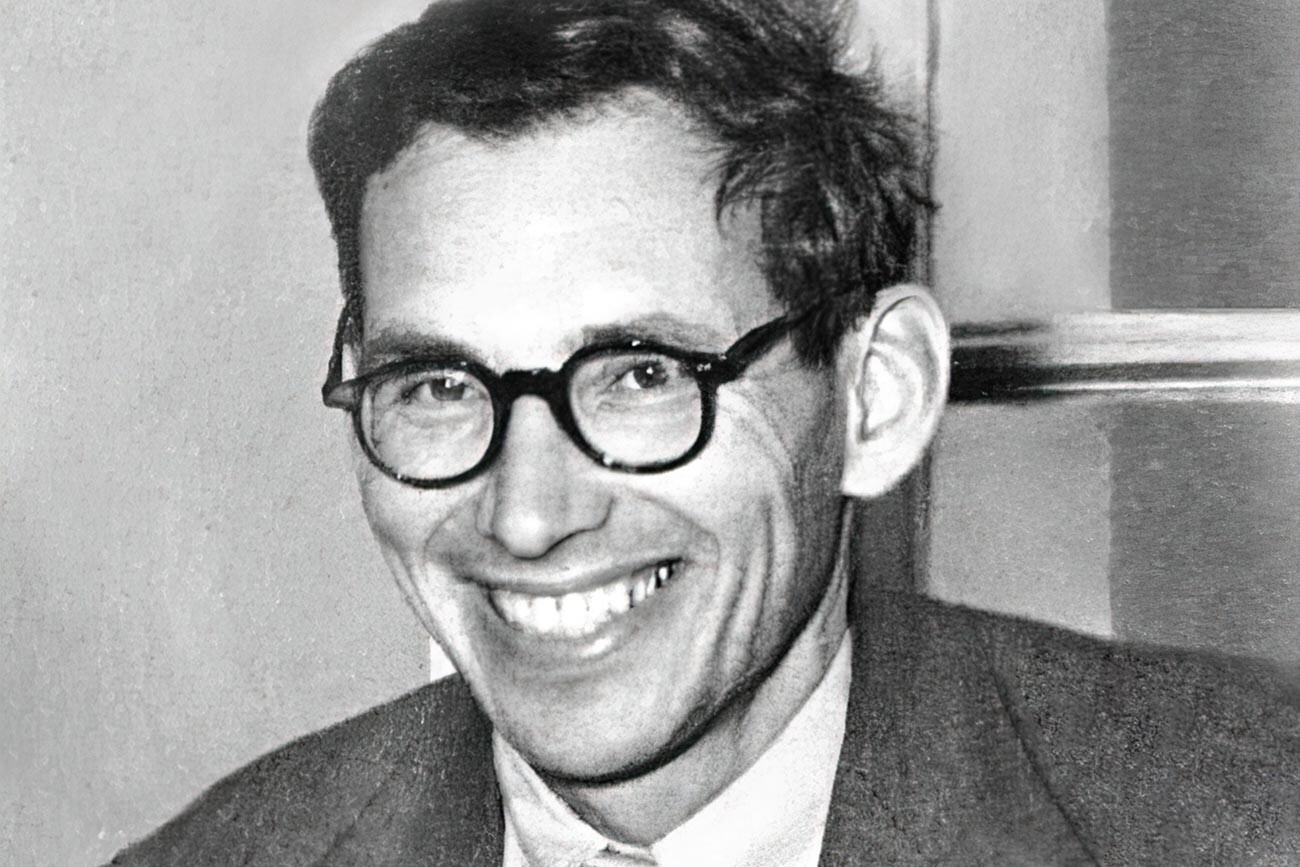 Delmar, along with the command in Moscow, soon realized it would be safer to legalize him, especially since Koval had kept his American citizenship. He “reappeared” under his real name, and the GRU gave him a job at a cover organization called the Raven Electric Company that in 1943 would be unable to keep Koval out of U.S. army service.