Why did Peter I ban stone houses in Russia? 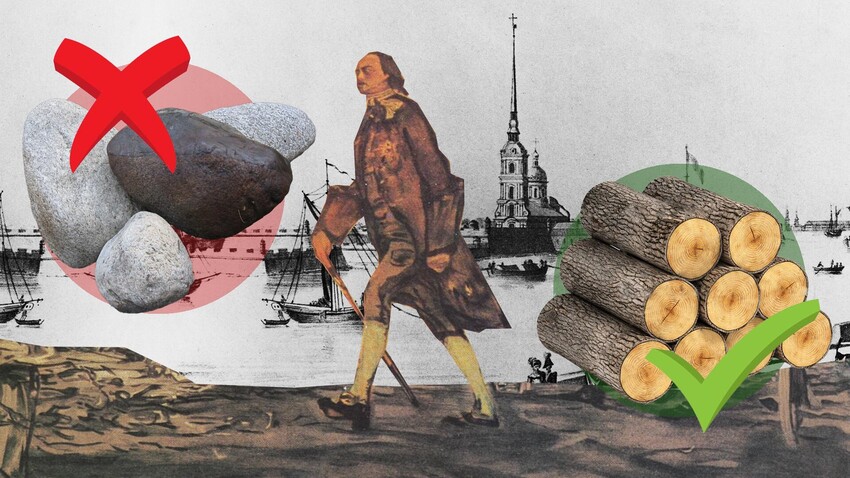 Russia Beyond (Photo: Valentin Serov/Tretyakov Gallery; Public domain; Pixabay)
There was a moment in Russian history when stone houses were allowed only in Saint Petersburg. Was it an absurd move or a clever manipulation? Let’s take a look!

“Stone buildings are being built very slowly here [in Saint Petersburg], due to the fact that it is difficult to find masons and other artists of this kind even for decent pay,” Peter the Great wrote in a 1714 decree. “Therefore, any stone construction is prohibited throughout the whole state for several years, to everyone, without distinction of name, under threat of confiscation of the estate and exile.” By “stone buildings,” Peter meant brick structures.

"Peter I at the Construction of Saint Petersburg", by Georgy Pesis.

Saint Petersburg was also a reputational project for the Russian state. Creating a modern European city from scratch, on the swampy grounds of the mouth of the river Neva, was an ambitious enterprise all of Europe viewed with awe – and there were numerous deaths during its construction.

French envoy Jacques de Campredon reported in 1723 that over 150,000 perished during the building of Saint Petersburg. Francis Dashwood, the first British tourist in Russia, in 1733 put the number at more than double that, with workers dying from starvation and disease. However, the truth is far from these accounts. 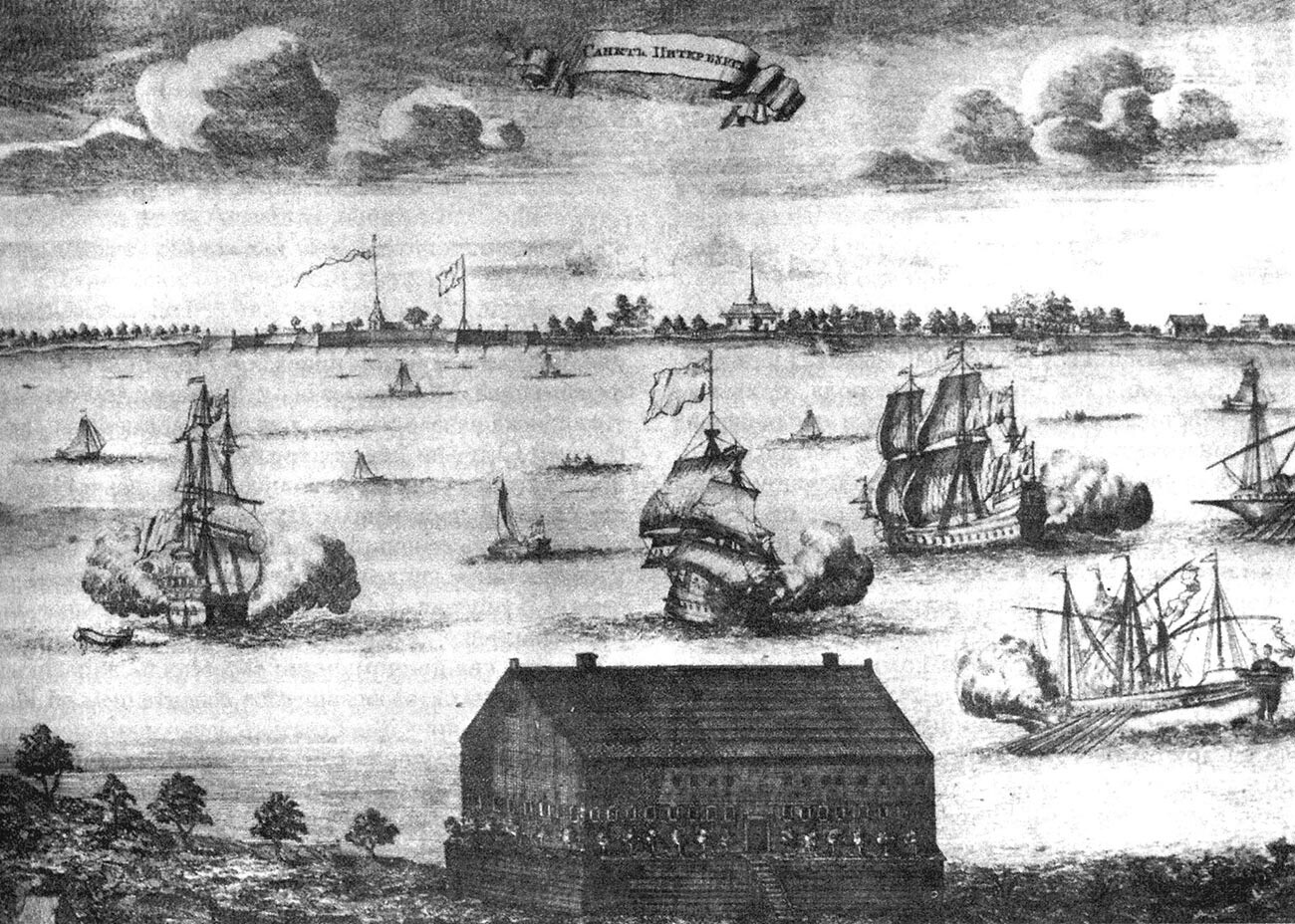 From 1703-1704, there were two main kinds of builders in Saint Petersburg. The majority of unqualified workers – builders, loaders, diggers – were peasants, serfs that belonged to the state. Every year a certain number were sent on the tsar’s orders to Saint Petersburg. Russian historian Ekaterina Andreeva shows that between 1703-1712, about 190,000 unqualified peasants were sent to Saint Petersburg. The peasants received wages, had access to healthcare, and didn’t stay in the city for long – their shifts lasted for three months, after which they were allowed to go home. 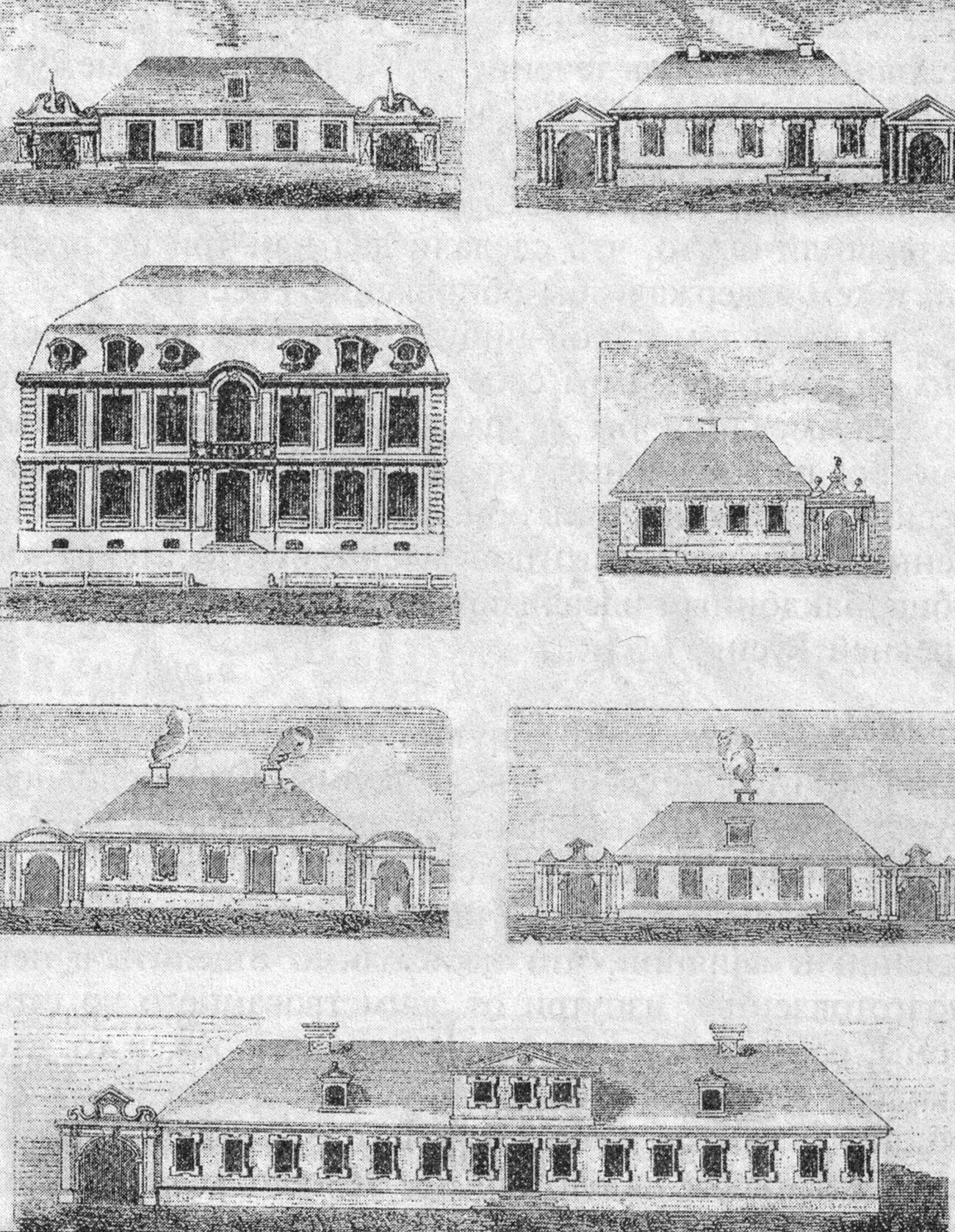 The types of houses in early St. Petersburg

It is also proven by historians that Saint Petersburg laborer death rates were no higher than average for the general population across the country at the time (around 10 percent). Hundreds of thousands of workers simply couldn’t have perished during the city’s construction – it would have meant that almost all of the workers sent there perished.

However, the construction sites really lacked workers: “The greatest need is for the blacksmiths, because without them, some construction sites are completely still and silent, and carpenters are in demand, too,” a Saint Petersburg official wrote in 1705.

READ MORE: Debunking 5 myths about how Saint Petersburg was built 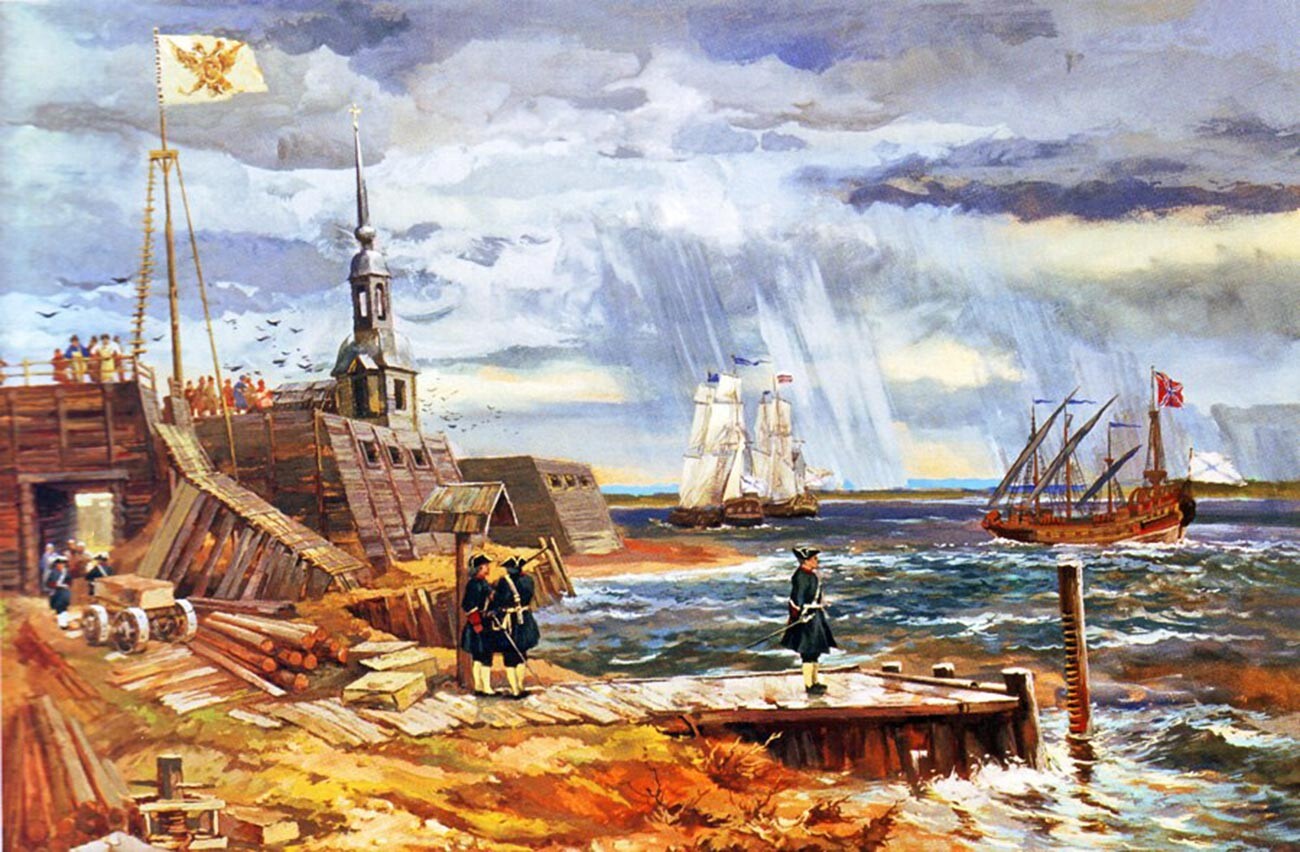 The beginning of St. Petersburg's construction

The main drawback for stone construction was lack of bricks. During the first years of construction, brick mills quickly used all the timber around Saint Petersburg, and by the 1710s, they had to supply firewood from other regions, which hindered production.

Russian historian Sergey Luppov calculated that in the 1710s, Saint Petersburg brick mills produced 15 million bricks annually on average), which was enough to build only around 30 government brick buildings. However, most of the bricks were used to construct the Peter and Paul fortress,and the early Winter palace. Most houses were still wooden. Sometimes, to save bricks, new brick houses were built with a common wall. 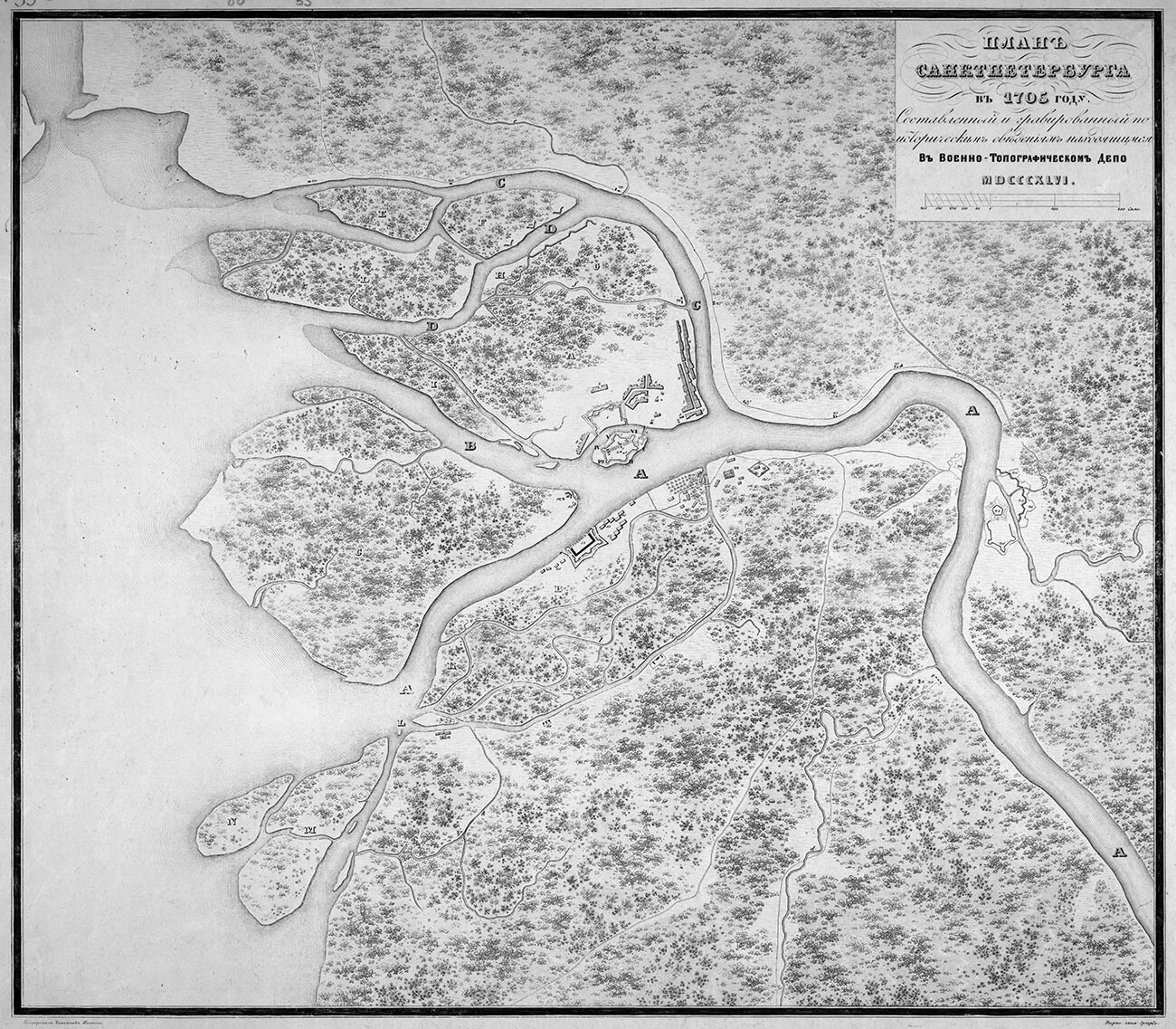 Finally, in 1714, the ban on brick buildings all over Russia was put in effect. However, it didn’t change much. In 1716-1717, the houses of Peter's entourage, which stood on the Petrovskaya Embankment, were still wooden, except for the stone house of chancellor Gavriil Golovkin. Other courtiers were still “preparing” to build brick houses. The Summer and Winter palaces were built in brick, and several stone houses belonging to nobles and members of the royal family situated behind the Fontanka river. 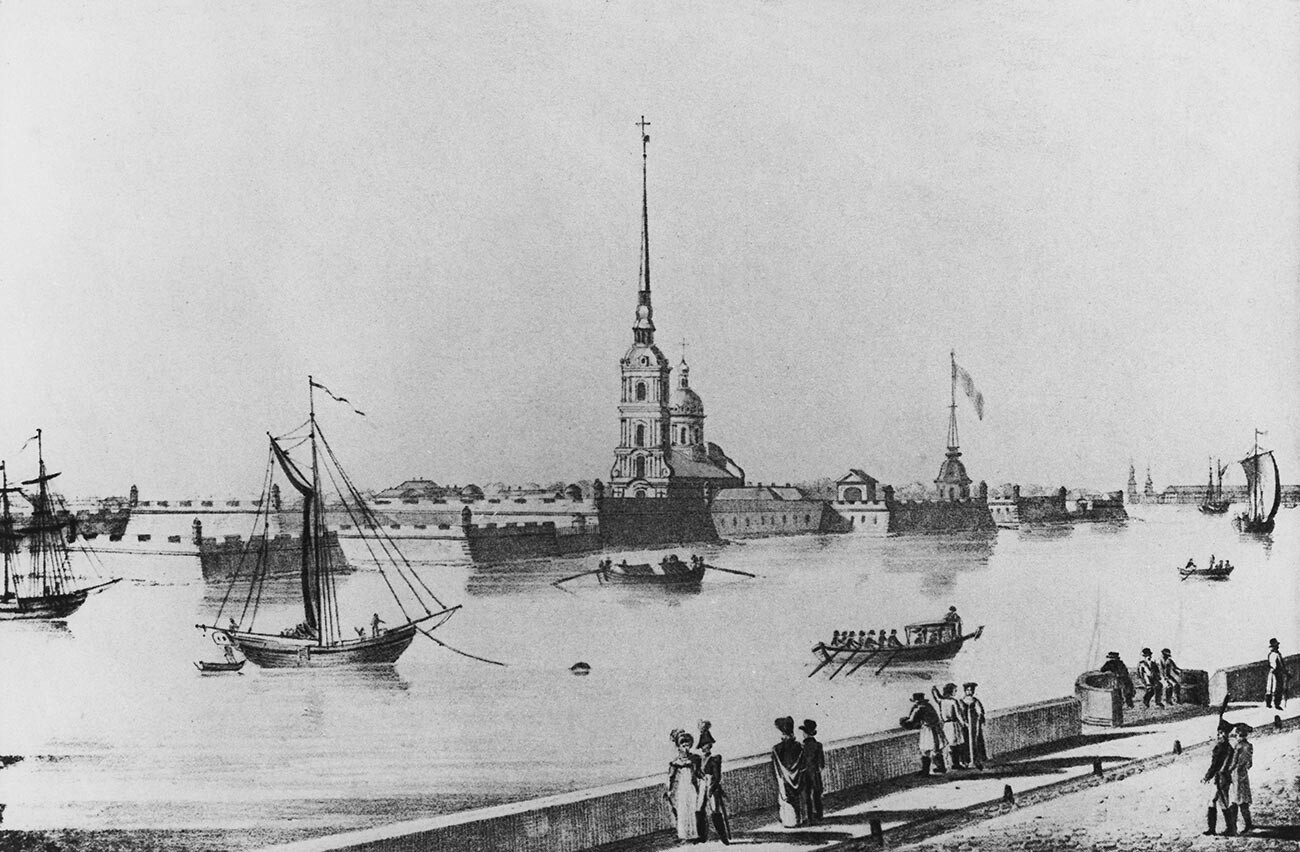 Ordinary people were forced to build their houses on Vasilyevsky island, at a distance from the Winter palace and the city center. However, in 1726, less than half of the lots on the island were occupied. The ban on brick buildings in Russia was lifted in 1741. Saint Petersburg remained a largely wooden city. In 1798, statistics say, of 6,072 houses in Saint Petersburg only 1,834 were stone, and in 1833 of 7,976 houses, 2,730 were stone. Not all of Peter’s wishes easily came true.