How a Soviet icebreaker saved 2,000 beluga whales between Chukotka and Alaska (PHOTOS) 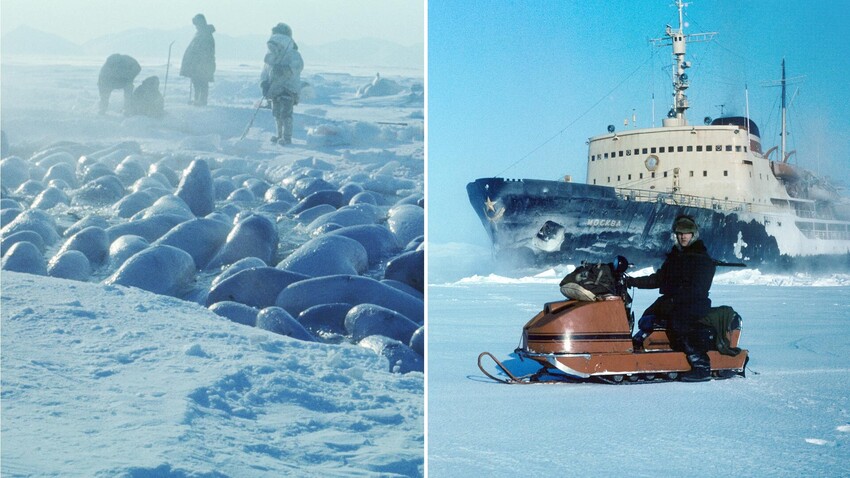 Y. Salnikov/TASS
Music proved the key to success in the unique rescue operation.

In 1985, some 2,000 beluga whales got trapped in thick ice that was rapidly closing in, threatening to kill the mammals. The icebreaker ‘Moskva’ was deployed to free the whales, but they wouldn’t follow the noisy ship to open water. But then, wit - and music - came to the rescue.

At the end of December, 1984, local hunters and fishermen near the Yttygran Island in the Bering Sea, close to the coast of Chukotka and only some 130 miles from Alaska, saw something disturbing: a flock of approximately 2,000 beluga whales was trapped by fast ice near the coast. 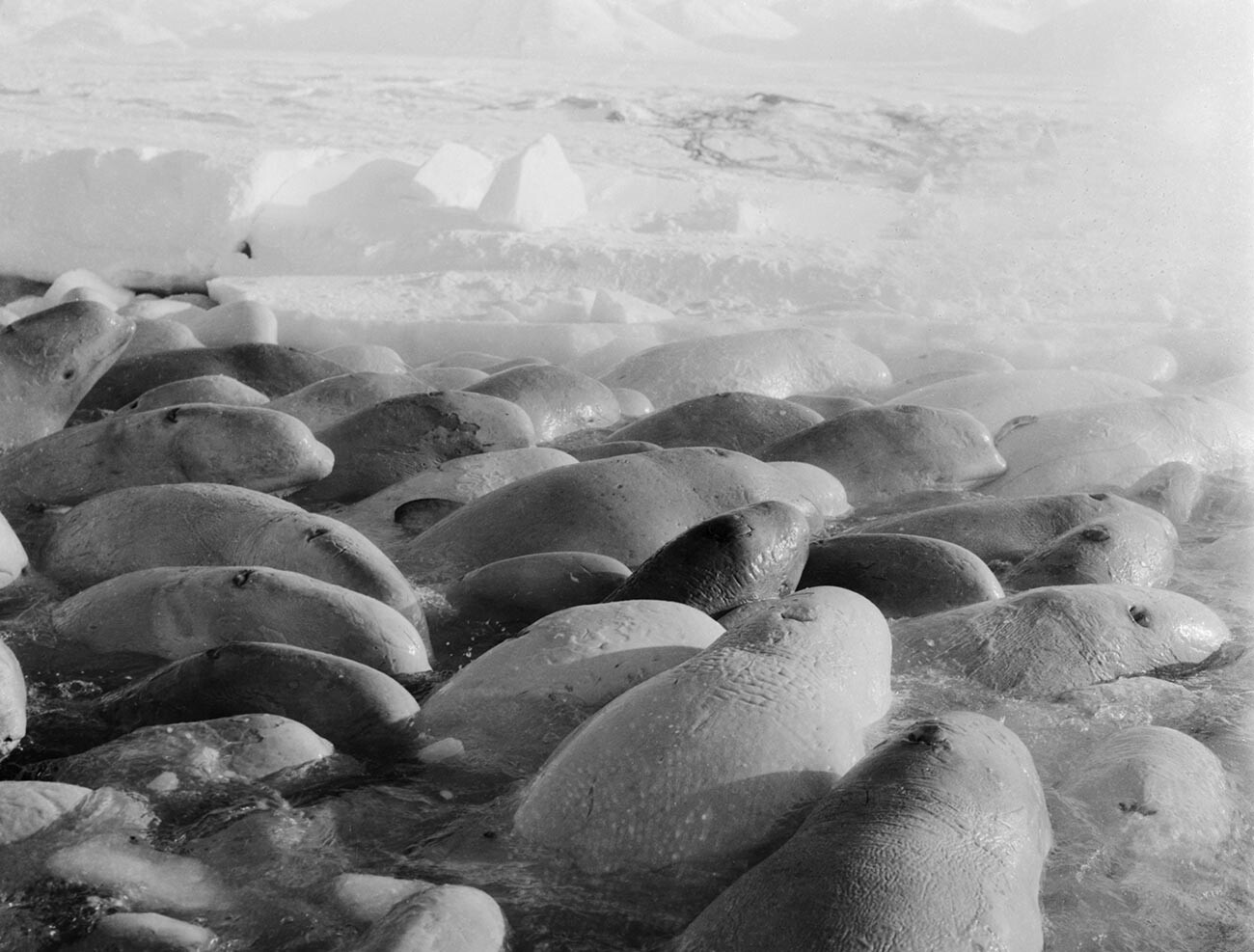 Beluga whales, known as ‘belukhas’ or ‘polar dolphins’ in Russia, are mammals who need to resurface to breathe. Being trapped inside rapidly closing ice meant certain death to the animals. Without help from humans, the whales would have died soon.

Sparse local population swiftly came to the rescue. For weeks, locals crushed freezing ice to keep the small pool of water from freezing, while feeding the animals with frozen fish. Nonetheless, their efforts were insufficient, as the fast ice was inevitably closing in on the trapped animals.

Thanks to the help from locals, the animals survived for more than a month, when, finally, the story caught up and authorities sent an icebreaker in the region to release the trapped whales who were slowly dying. 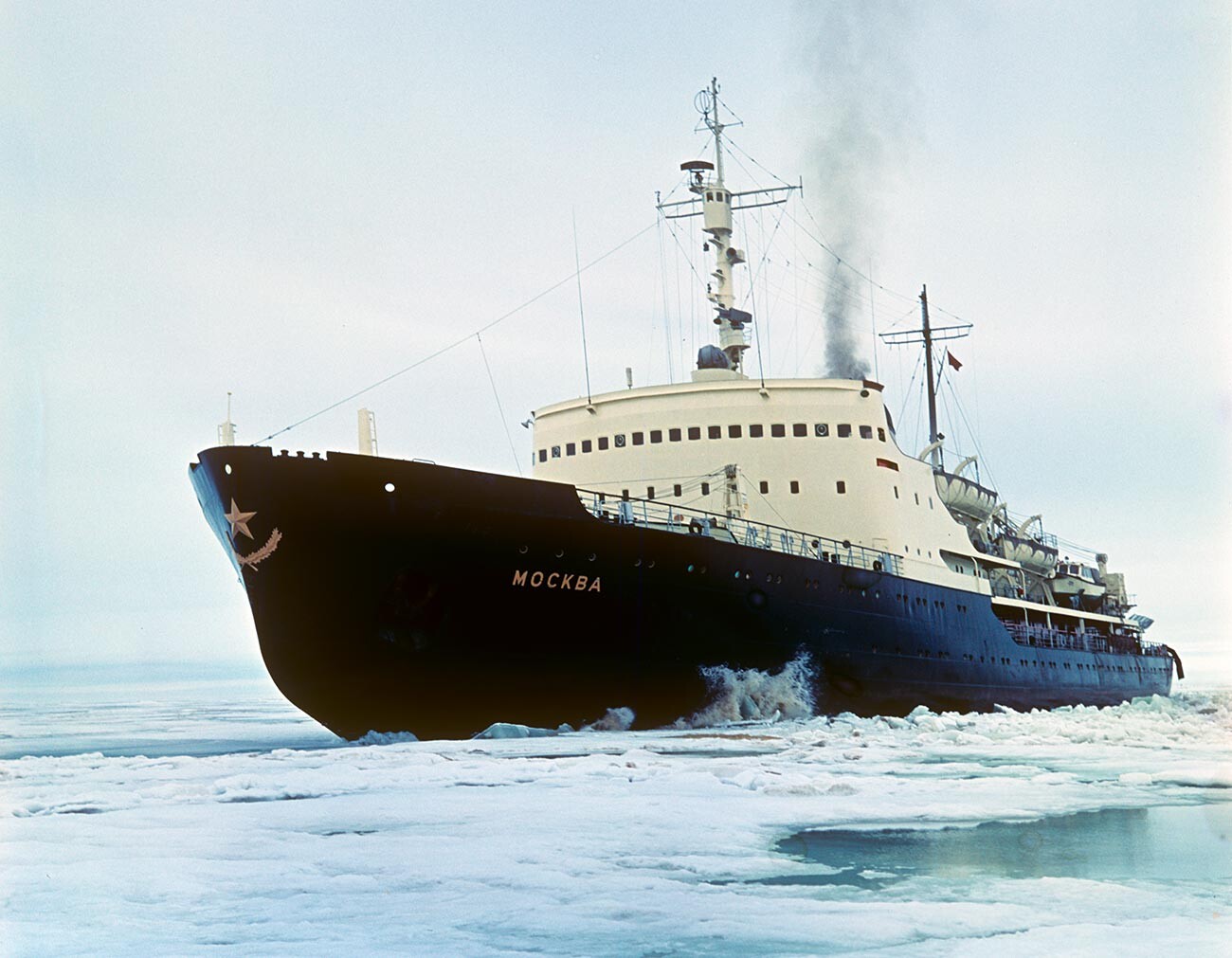 “[T]he icebreaker ‘Moskva’ raced against time and plunging temperatures to reach the whales before they suffocated or starved in shrinking pools of open water,” reported the New York Times, which called the incident as “one of the more unusual rescue operations in the history of Arctic navigation”. 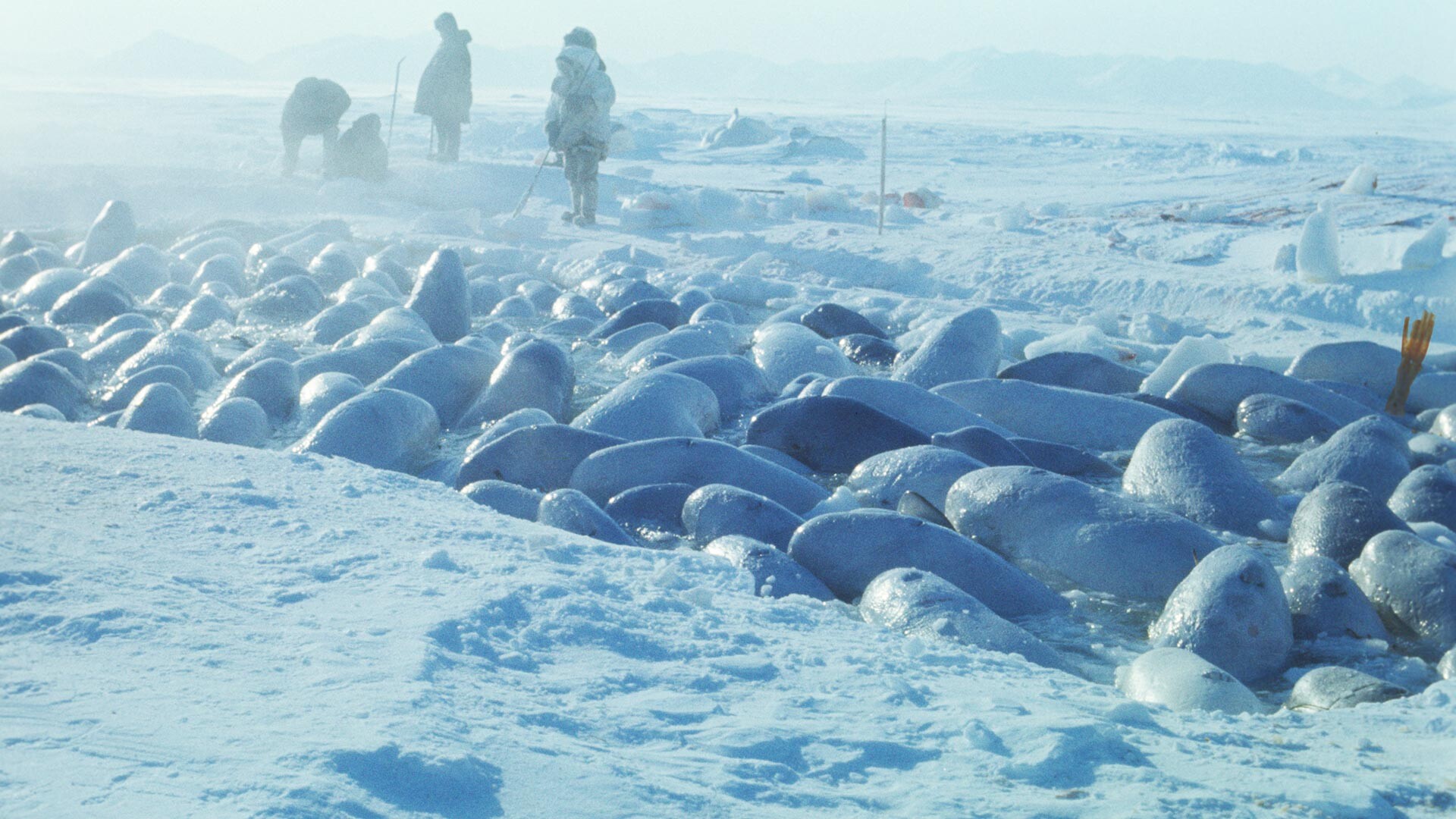 Guided by spotter planes, the ‘Moskva’ icebreaker, commanded by captain Anatoly M. Kovalenko, rushed to the rescue. At first, the giant ship cut out large pools of water where the whales could catch their breath and regain their strength. Yet, the goal was to make sure the whales did not remain in places where water would soon be frozen again. The sailors had to lure the whales out of shallow waters and into the open sea. 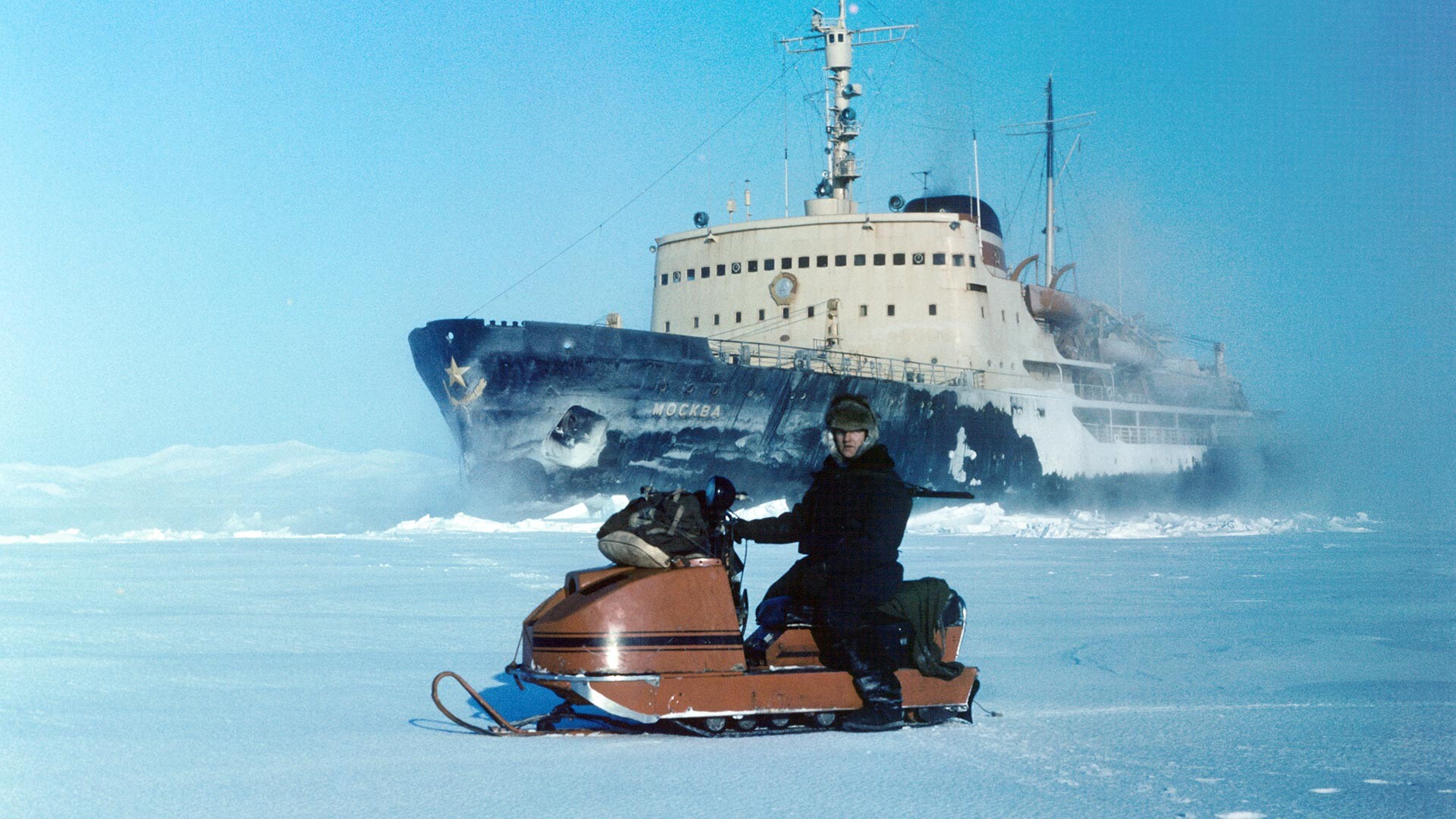 The crew had to figure out how to make the whales follow a huge and noisy icebreaker, which scared the mammals with its propellers. An unlikely solution came to mind - music.

After days of fruitless efforts to lure the whales out of the trap, someone offered an original solution.

“At last, someone recalled that dolphins react acutely to music. And so, music began to pour off the top deck. Popular, martial, classical. The classical proved most to the taste of the belugas. The herd began to slowly follow the ship,” cited the New York Times local Soviet news reports. 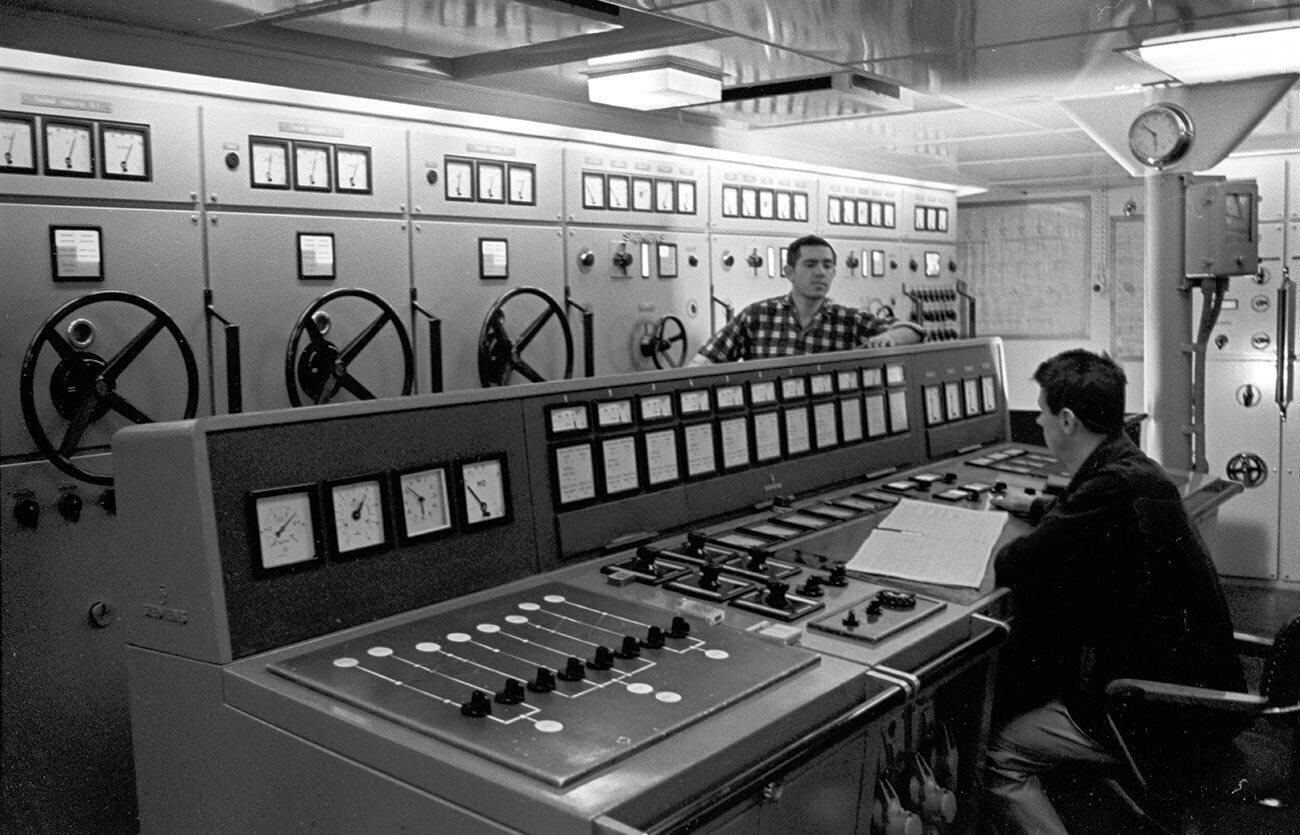 Records from the time contradict each other on what music was played for the whales. Some reports say it was Soviet pop, while others say the mammals opted for classic music. Regardless of the genre, soon the crew discovered that the tactic was a success.

“Our tactic is this: We back up, then advance again into the ice, make a passage and wait. We repeat this several times. The belugas start to ‘understand’ our intentions and follow the icebreaker. Thus, we move kilometer by kilometer,” captain Anatoly M. Kovalenko was quoted as saying at the time. 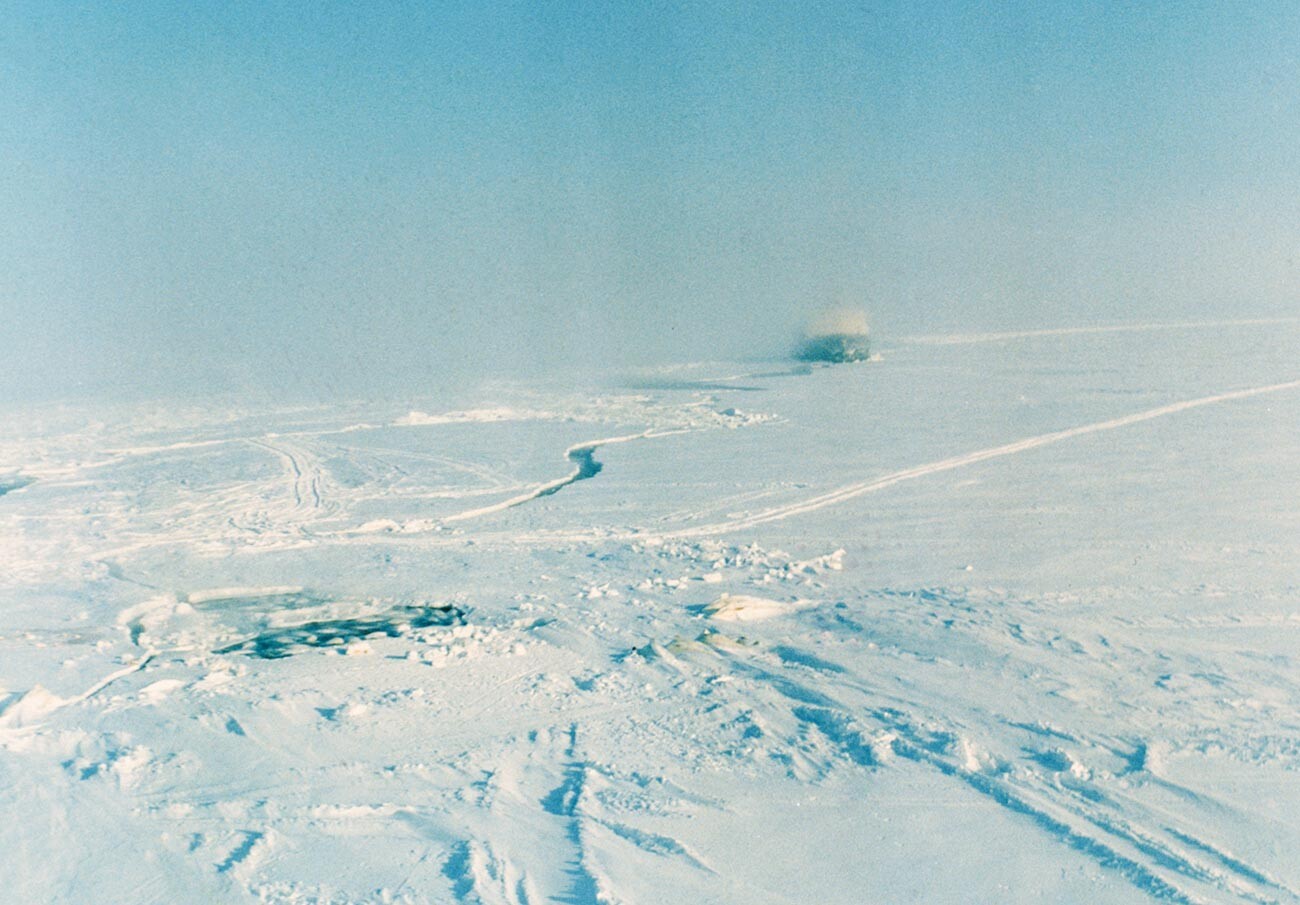 By late February, all the trapped whales were freed and escaped into the open sea. According to some estimates, the rescue operation cost the Soviet Union around $55,000 (approx. $148,000 in U.S. dollars today).