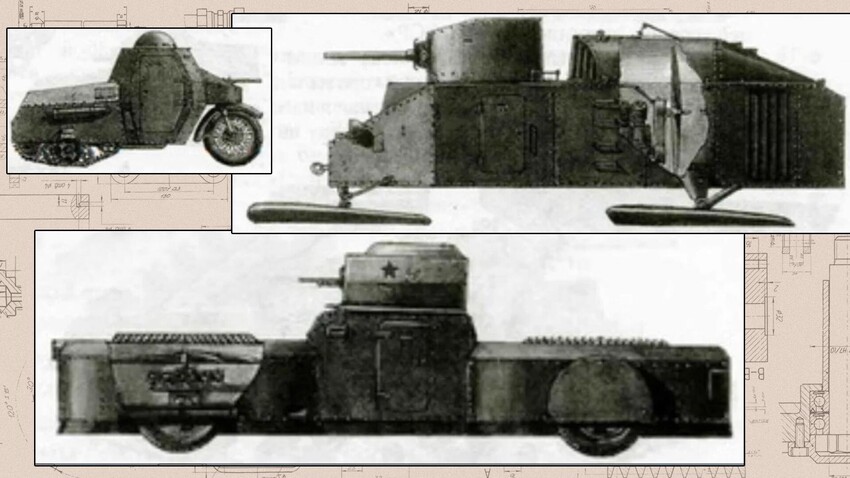 In the early years of the Soviet Union, one of the primary goals of the Soviet government was to advance the nation’s technological, industrial and war capabilities.

The latter was an especially acute problem that demanded attention in the wake of World War II. The brightest Soviet engineers ventured to create the most unusual armored vehicles that would ensure their country’s military superiority. The scope of their imagination was so limitless that many of these projects only survived on paper.

One of such inventors was Pavel Grokhovsky. Although his primary interest lay in aviation, he drafted plans for a number of futuristic infantry vehicles.

Grokhovsky’s aerial sled tank was a fully armored aerial sled equipped with three skis and a cannon on top of a tank-like turret.

The project of this highly unusual armored vehicle came together in the 1930s within the walls of the Special Design Bureau of the Red Army Air Forces.

The aerial sled was to be operated by a team of two: the driver and the gunner. 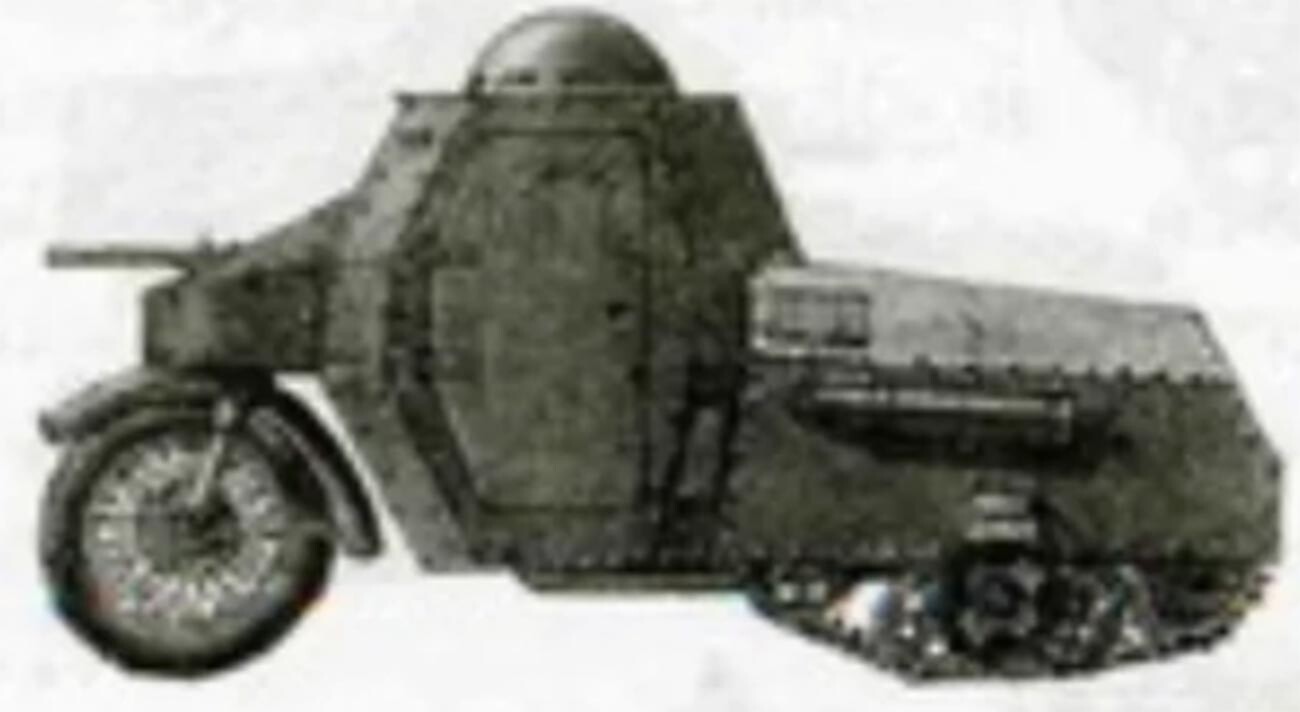 Another unusual project of Grokhovsky was the so-called battle motorcycle or the armored bike. According to Grokhovsky’s design, this should have been a single-seat semi-tracked vehicle closely resembling a motorcycle of increased cross-country capability.

According to the concept design, the driver was to sit in the sealed armored cabin in the front of the vehicle, with the engine-transmission compartment placed in the rear of the vehicle.

The armored hull provided protection from bullets and small fragments and covered the vehicle completely. Curiously, the vehicle was equipped with both tracks in the back and a motorcycle-type wheel in the front.

Perhaps the craziest of Grokhovsky’s projects was a twin-engined armored hovercraft that was designed to hover above the ground! Since Grokhovsky was an accomplished aviation designer it should be no surprise he dreamed of benefiting the Soviet infantry by equipping it with machines that had never been seen before. The armored hovercraft project was designed to do just that.

Just as Grokhovsky’s aerial sled tank, his armored hovercraft was designed to have three compartments: two engine-transmission compartments in the front and the rear of the vehicle’s hull and a central compartment designed to fit a two-man crew, which included a mechanic-driver and a gunner.

The unusual design relied on the following idea: two engines placed in the front and the back of the armored hovercraft were supposed to power two propellers that were thought to use airflows to create the lifting effect. In addition, the designers left the vehicle with four conventional wheels, just in case the hovering effect was not enough.

Although this design never came to life, it paved the way for future hovercrafts developed in the Soviet Union in later years.

Click here to find out what are the 5 BEST Russian helicopters of all time.