How did this Russian Emperor become a Maltese Knight? 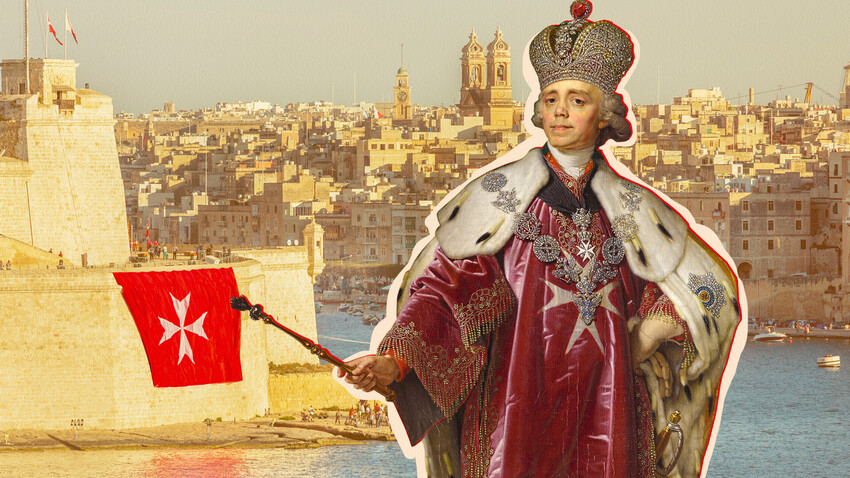 Kira Lisitskaya (Photo: danilovi/Getty Images; Russian Museum)
A childhood dream of Paul I of Russia had come true – but eventually resulted in his ruin.

On a November day in 1796, several carriages covered in dust (quite grotesque in Russia in November – but it was done on purpose) drove up to Gatchina Palace, where Emperor Paul I of Russia was residing.

The footman reported to the tsar that the Knights of the Sovereign Military Hospitaller Order of Saint John of Jerusalem were asking for an audience. Count Giulio de Litta, the Maltese Knight who was heading the delegation, faced the Emperor and began a moving speech: “Wandering through the Arabian desert and seeing the castle, we found out who lives here and we now offer him the title of Grand Master…”

What drove the Maltese Knights, members of a Catholic order, to an Emperor of an Orthodox country? As it turned out, the move was all a part of a major political ploy that, eventually, led Paul I to disaster. 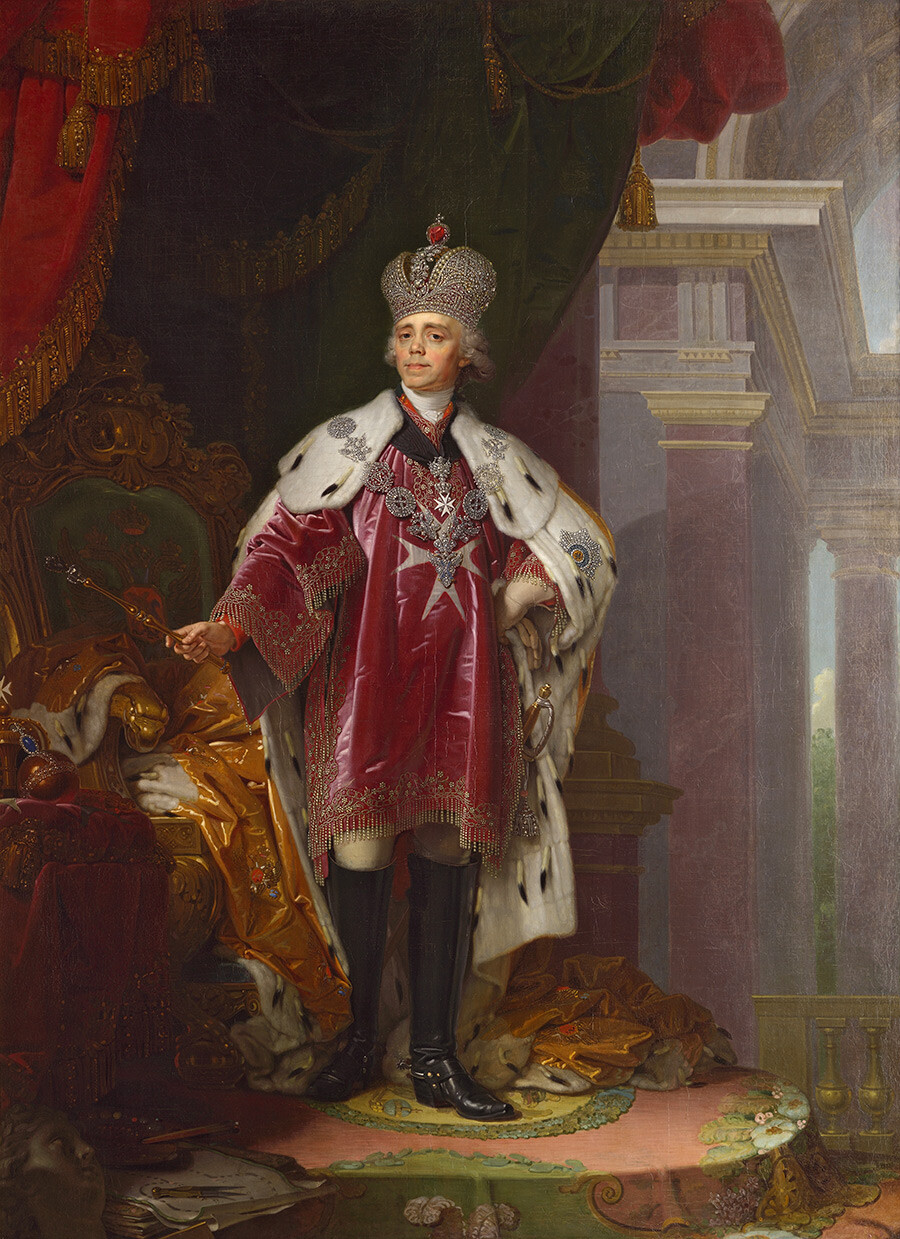 "Paul I in Coronation Robes," by Vladimir Borovikovsky. Paul here is seen wearing a Maltese Knight's crimson robe with a large Maltese cross on it.

Semyon Poroshin, tutor of Grand Duke Paul, wrote in 1765, when the Grand Duke was just nine: “I read to his highness the book on the Maltese Order. Afterwards, he amused himself, posing as a Maltese Knight.” The book was “History of the Knights Hospitallers of Saint John of Jerusalem” by René-Aubert Vertot, historian of the Maltese Knights.

The book impressed little Paul so much, he retained the fascination with the Maltese Knights throughout his life – and how delighted he was, when, already an Emperor, he had received the chance to help his beloved Order, and even become its protector. However, Paul’s affection would be cleverly used in other parties’ interests.

In the late 18th century, the Knights of Malta were experiencing drastic financial difficulties. The Order was previously abolished in France as a result of the French Revolution, and the new French government seized its assets and properties in 1792. In 1796, Count Giulio de Litta was sent to Russia to negotiate any possible help – with fascinating results. 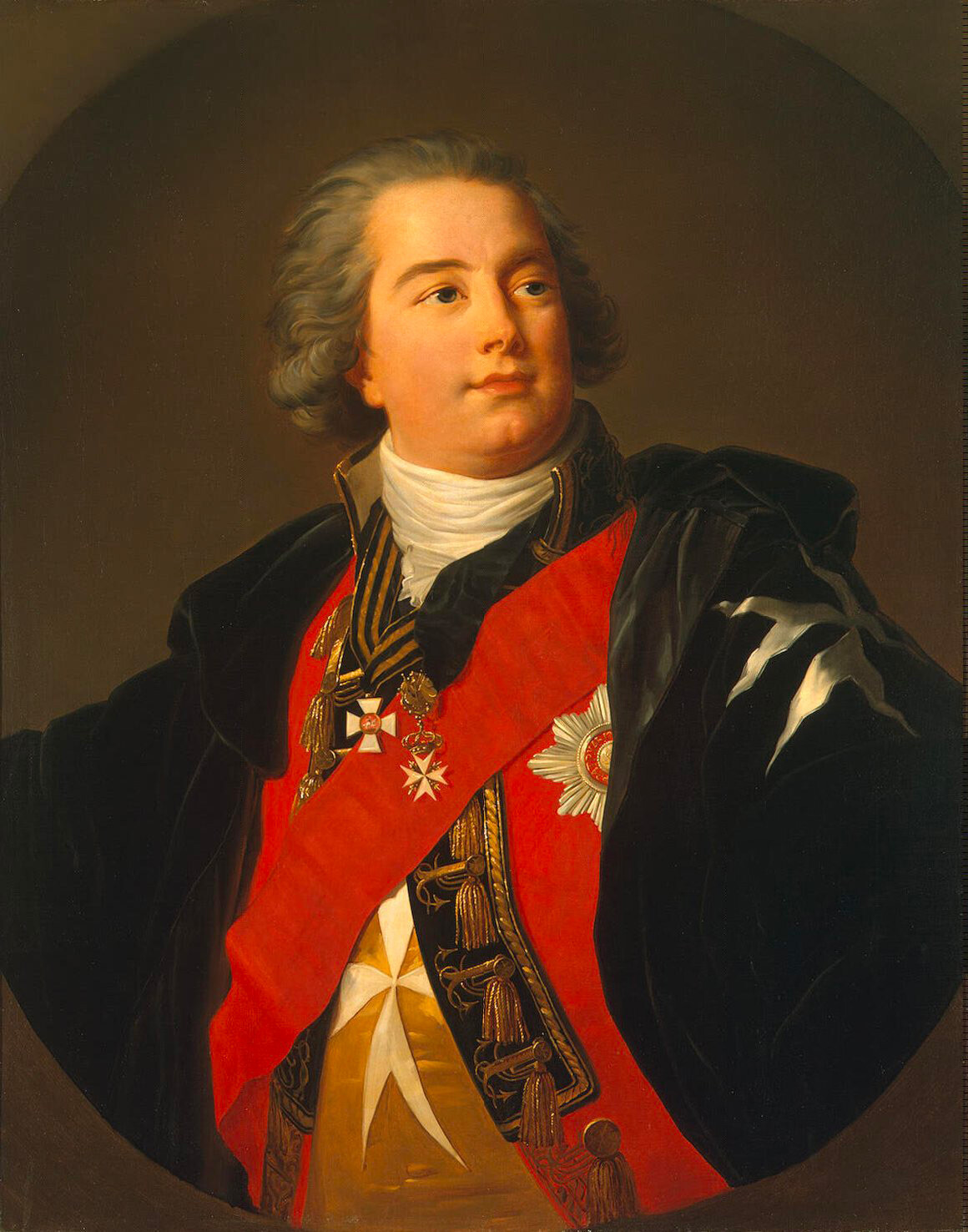 Paul I, elated by recognition from the Maltese Knights, and probably even more by the romantic image of wandering knights asking for help, created the "Russian Grand Priory" to support the Order. Starting from August 1797, about 90 percent of the Order’s income was generated by Russia. In recognition of this, in November 1797, Count Litta paid another ceremonial visit to the tsar. Accompanied by several Maltese Knights, Litta conveyed gratitude from Ferdinand von Hompesch, the current Grand Master of the Order, and asked Paul to declare himself the Protector of the Order, which the Emperor certainly did.

Paul I, however, didn’t become the Grand Master of the Order until Malta was conquered by Napoleon. This happened quite abruptly in June 1798, when Bonaparte was starting his campaign in Egypt. The French fleet surrounded Malta, taking it (bloodlessly) in just a day. Ferdinand von Hompesch, the Grand Master, was forced to resign and sent away from Malta, which became French territory. “We now have the strongest position in Europe in the center of the Mediterranean Sea, and those who want to oust us from there, will pay a heavy price,” Napoleon wrote.

La Valetta, the capital of Malta, circa 1890

Paul I was livid upon learning of the capture of Malta, the island he almost considered his own. At the same time, the English fleet under Admiral Nelson blocked the island from the sea, and the Ottoman Empire tried to take the Greek Ionian islands from France. In these circumstances, Paul started planning a military union with England and the Ottomans against France.

Estranged from their island, the Maltese Knights traveled to St. Petersburg en masse to seek help from their protector. Paul granted a splendid palace in St. Petersburg to the Knights, while Count Litta, who again was the spokesperson for the Order at the Russian court, declared that former Grand Master von Hompesch betrayed the Knights and must be deposed. Pope Pius VI, who was in charge of appointing the new Grand Master, was interested in preserving the Order – and that is why, against all rules, an Orthodox tsar, who was in his second marriage and had children, was appointed the new Grand Master. 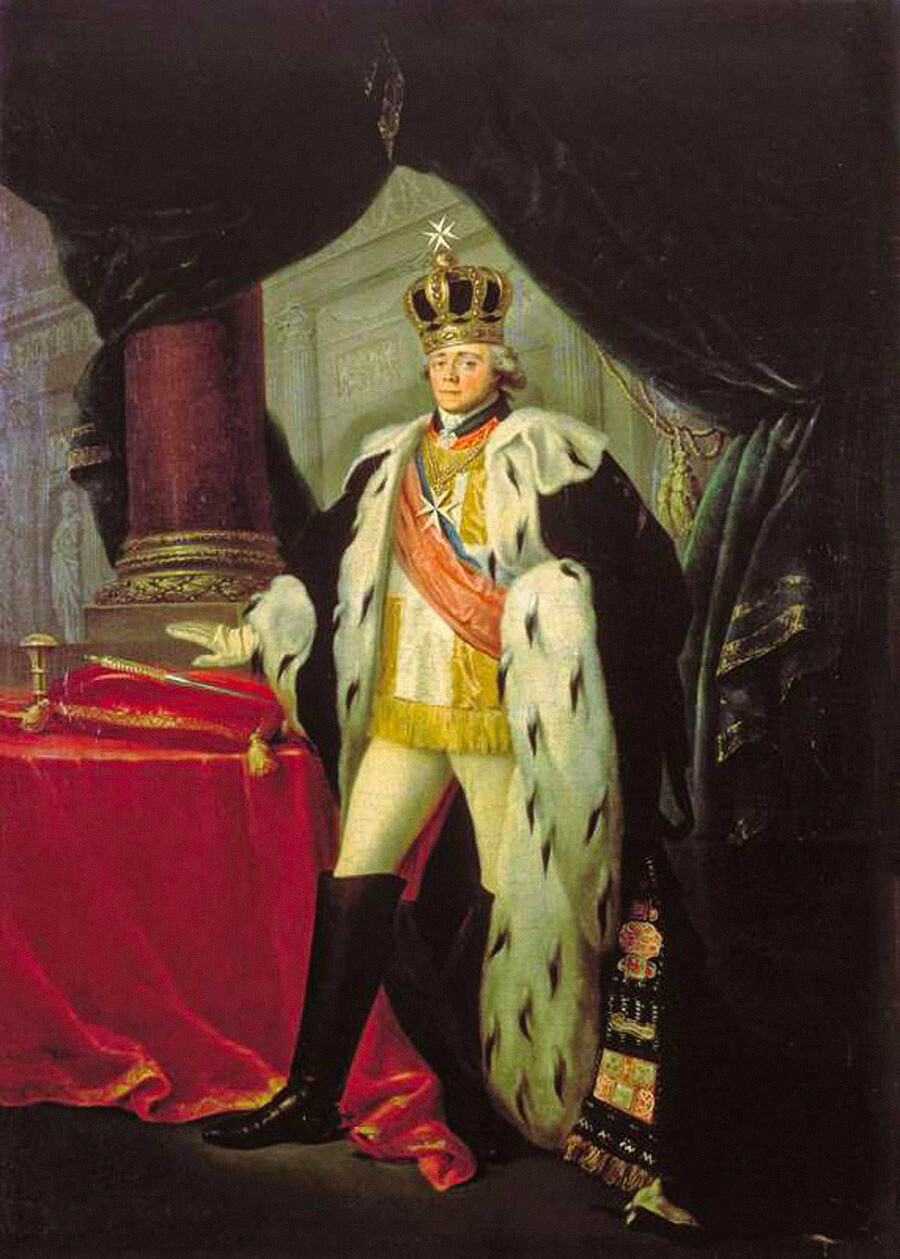 Portrait of Paul I as the Grand Master of the Order of Malta. 1801, by Salvatore Tonci.

The ceremony was held on November 29th, 1798. The Knights, wearing black robes and hats with white feathers, gathered in the throne hall of the Winter Palace. Historian Evgeny Karnovich wrote: “Litta, on behalf of the Maltese knighthood, asked the tsar to assume the title of Grand Master. After that, Prince Kurakin and Count Kutaisov threw a black velvet mantle lined with ermine over the emperor's shoulders, and Litta, kneeling, presented him with the crown of the Grand Master, which the emperor put on his head. Litta then presented him with a sword - or ‘dagger of faith’. Accepting the regalia of the new power, the Emperor was greatly excited, and those present noticed that tears of pleasure appeared in his eyes. Having drawn the sword of the Grand Master, he crossed himself with it, giving this sign an oath of observance of the order's statutes. At the same moment, all the knights drew their swords and shook them in the air, as if threatening the enemies of the order.”

What’s more, the title of Grand Master was included in the official title of the Russian Emperor, and the Maltese Cross was installed into the Russian Empire’s emblem. For most Russians, this all was an enigma. Why would an Orthodox tsar preside over an ancient Catholic order? Nobody really knew. Meanwhile, Paul apparently was dreaming about uniting all the Christian powers of Europe under his leadership against revolutionary France and Napoleon personally. The Order of Saint John of Jerusalem became included in the Russian system of orders, and being decorated with it became a sign of special recognition from Paul of Russia.

However, Paul became the Grand Master only de facto. He was never listed among the official Grand Masters of the Order, and his time as such was unfortunately very short. 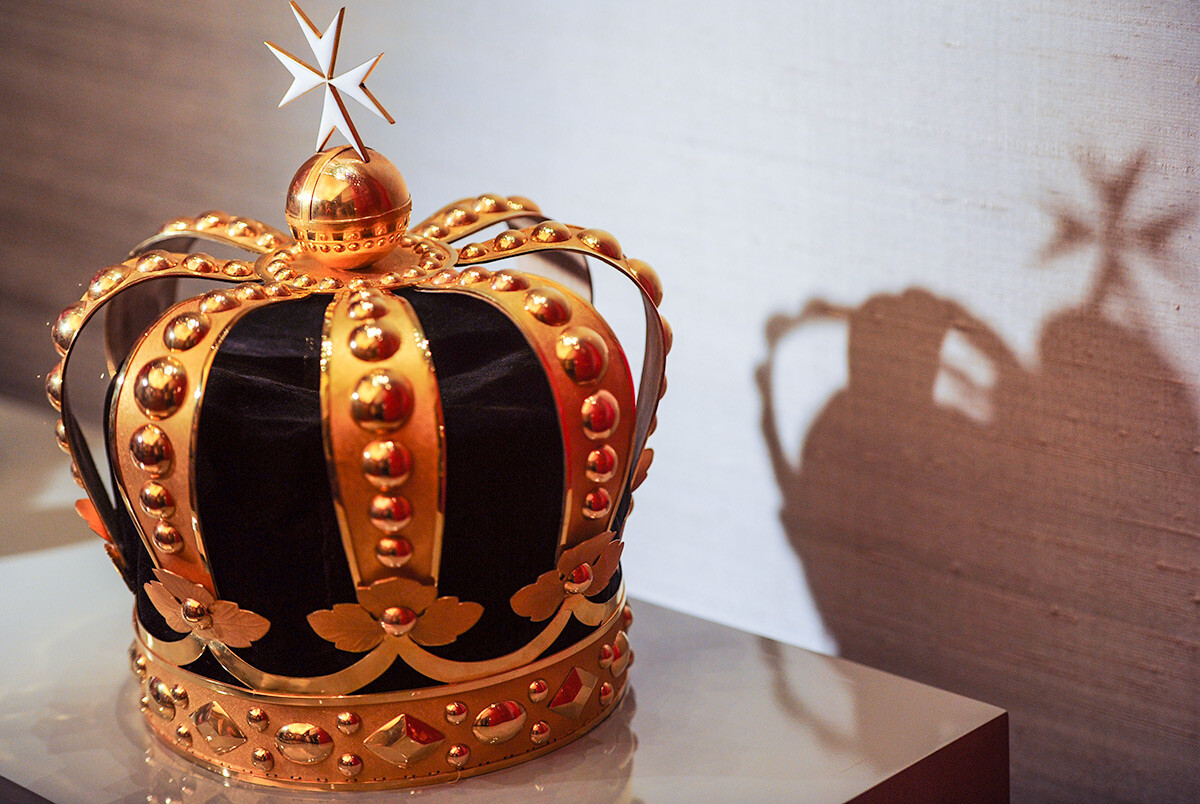 The "Maltese Сrown" that Paul I used as the Grand Master of the Maltese Order.

As Paul became the Order’s Grand Master, he immediately considered Malta Russian territory – even though it was still controlled by the French garrison and blocked from the sea by the English fleet. Could the Emperor really be so naive? Probably not, because he was actually planning a military campaign along with Francis II, Holy Roman Emperor, and at the same time, the Emperor of Austria. Francis II was also a former protector of the Knights of Malta, and on his behalf, recognizing Paul’s status as the Grand Master, sent him a unique relic – the right hand of John the Baptist, the hand that allegedly baptized Jesus Christ in the waters of the Jordan River. The hand still exists and is now stored in Montenegro’s Cetinje Monastery. 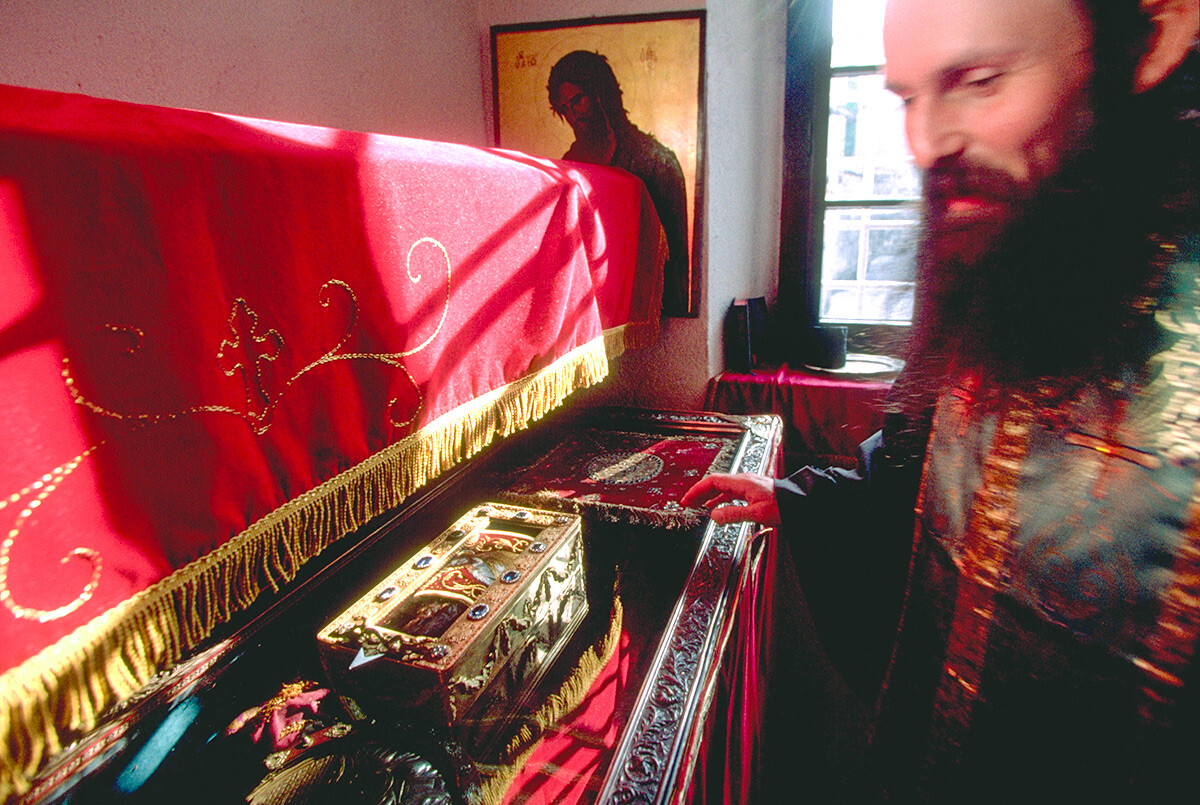 St John the Baptist's right hand in a monastery in Montenegro.

In 1799, Russia and Austria jointly started the war against Napoleon in Italy. Alexander Suvorov, the invincible Russian war commander, was sent by Paul I to Europe to command the Russian army. However, notwithstanding the heroic exploits of Suvorov’s soldiers, Russia was betrayed. After the excruciating crossing of the Alps, Suvorov found himself in Switzerland, abandoned by his Austrian allies. Enraged again, Paul wrote to Francis II that he retracts his military support. Russia was ready to quit the anti-Napoleonic coalition, when in September 1800, the final blow was struck – England captured Malta. 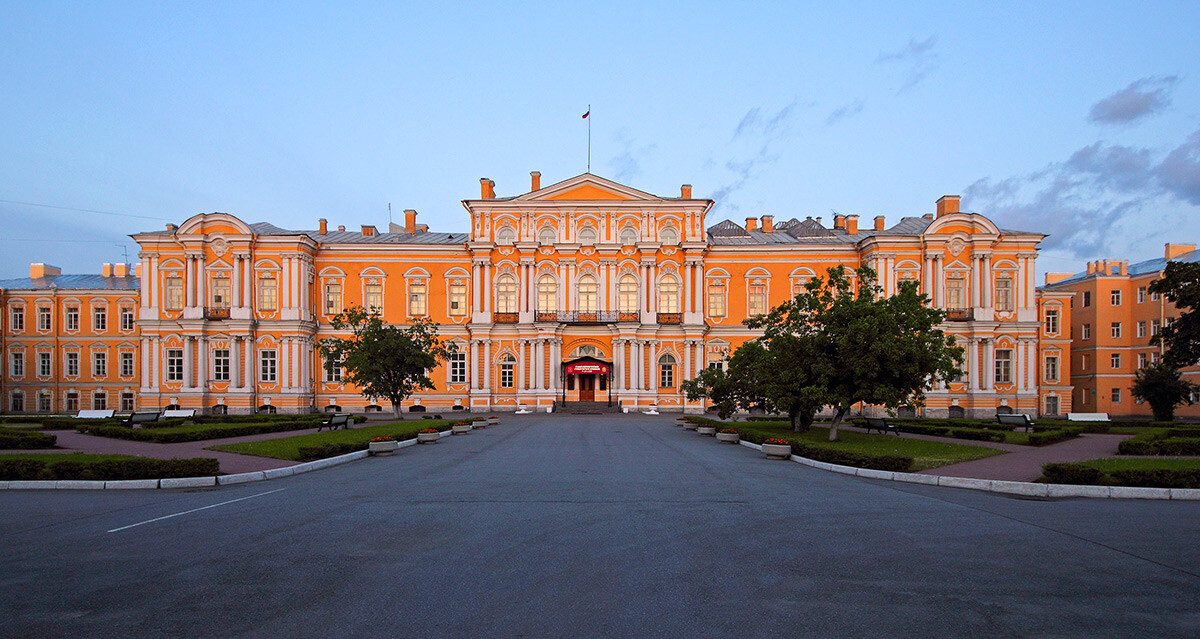 The Vorontsov (Maltese) palace in St. Petersburg, the one that Paul I gave to the Maltese Knights.

On September 4th, 1800, Admiral Nelson took Malta without any real effort – the French garrison was already starving for months because of the English blockade from the sea. Moreover, Horatio Nelson had the guts to send Paul his sword – a gesture of humiliation for the Russian Emperor. This made Paul totally mad. He immediately broke all diplomatic relations with England and posed an embargo on over 200 English ships that were at the moment stationed in the Russian ports.

Eventually, Paul’s position as the Grand Master of the Maltese Order, and his wish to control Malta as a stronghold in the Mediterranean brought Russia only troubles. Turning away from England, Paul turned to his yesterday’s enemy, Napoleon Bonaparte, suggesting that Russia and France team up against England. Napoleon was eager to do so, and offered Paul a plan of conquering British India. The plan was already underway, when British intelligence successfully assisted in the murder of Paul I. 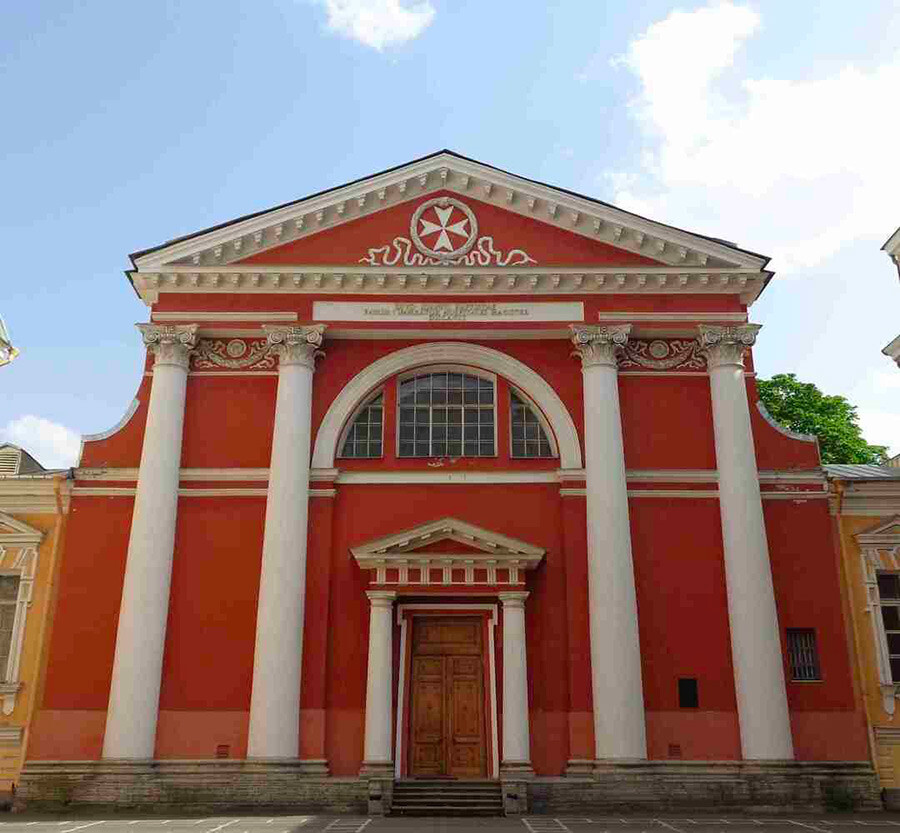 The Maltese Chapel in St. Petersburg

Alexander I, Paul’s son and the next Emperor, wasn’t eager to support the Knights of Malta. He didn’t take on the status of the Order’s Grand Master, but remained its protector for two more years, until 1803. The Maltese cross was removed from the Russian Empire’s emblem, and in 1817, the Order of Saint John of Jerusalem was removed from the list of Russian orders. In the end, Paul’s dreams of knighthood and knightly honor crashed against the harsh reality of European relations.