What was behind the idea of workers’ clubs in the USSR? (PHOTOS) 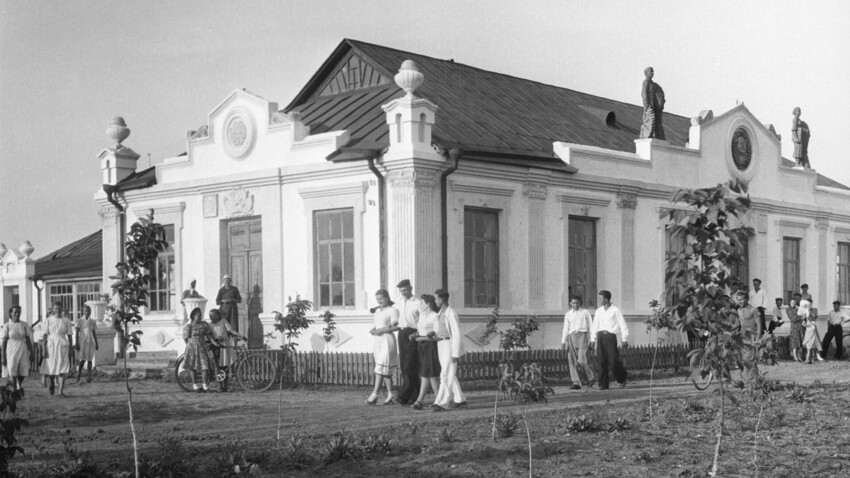 Sputnik
The institution of the workers' club meant to turn masses of workers into cultural, proactive, politically literate and devoted communists.

The early revolutionary years in Russia were a period of social and political upheaval, but also of cultural boom and mass enthusiasm about the new Soviet way of life.

Millions of people, who believed in the idea of the Soviet Union and supported the Bolsheviks in the early revolutionary years in Russia, aspired to build a brand new society.

This highly ambitious purpose required a social institution that would help cultivate a certain type of individual, while also keeping people entertained and occupied. State-sponsored workers’ clubs became the answer.

Right after the Russian Revolution, compact cultural centers were built everywhere the Soviet people lived. Every settlement, village, or town had its own workers’ club.

In 1920, the main social functions of cultural centers were determined. These institutions were to promote the development of drama clubs, music education for the masses, fine arts, museums, physical education and sports. 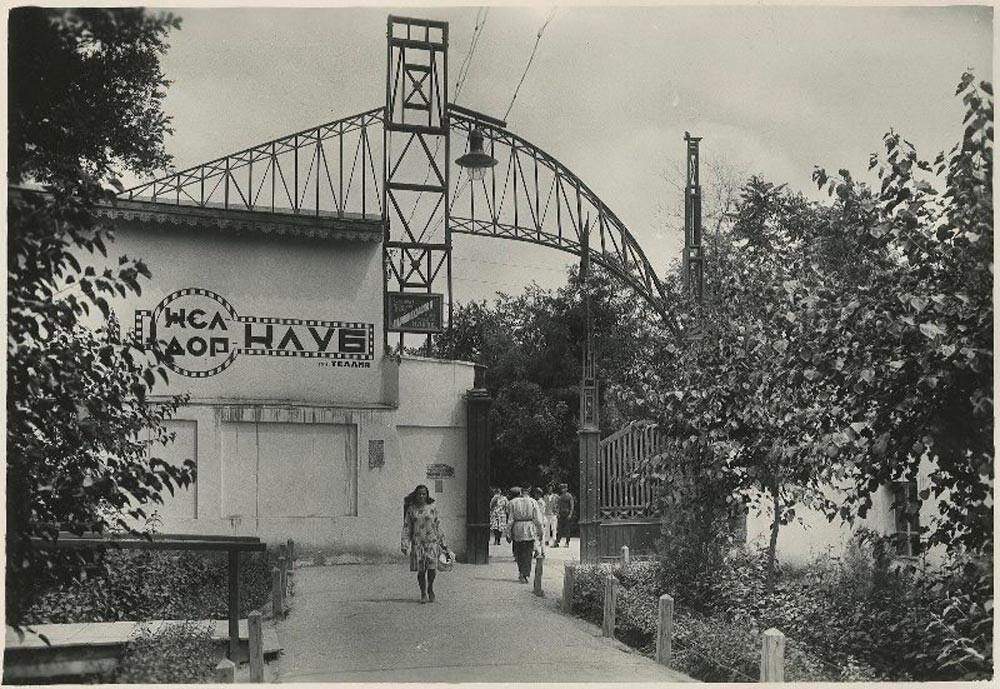 A standard workers’ club often included a theater, a movie theater, a library, socio-cultural and educational activities for adults and children, craft workshops and, sometimes, a dance hall and a hall for various sports activities. Overall, it was a space where workers could recreate, socialize and learn after a shift. 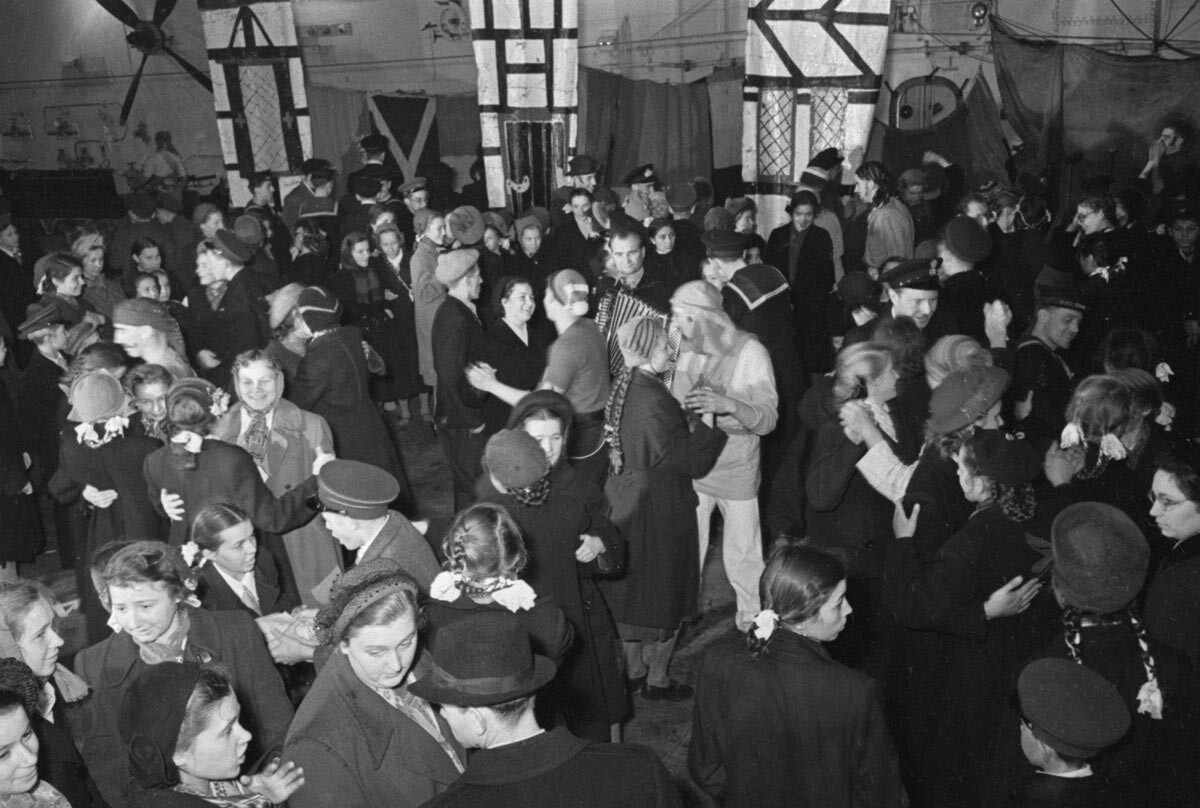 Workers’ clubs in the USSR were organized in close cooperation with the Soviet state. The authorities used this highly popular social institution to cultivate people dedicated to the ideals preached by the new Soviet government. Workers’ clubs were supposed to turn masses of workers into cultural, proactive, politically literate and devoted communists. 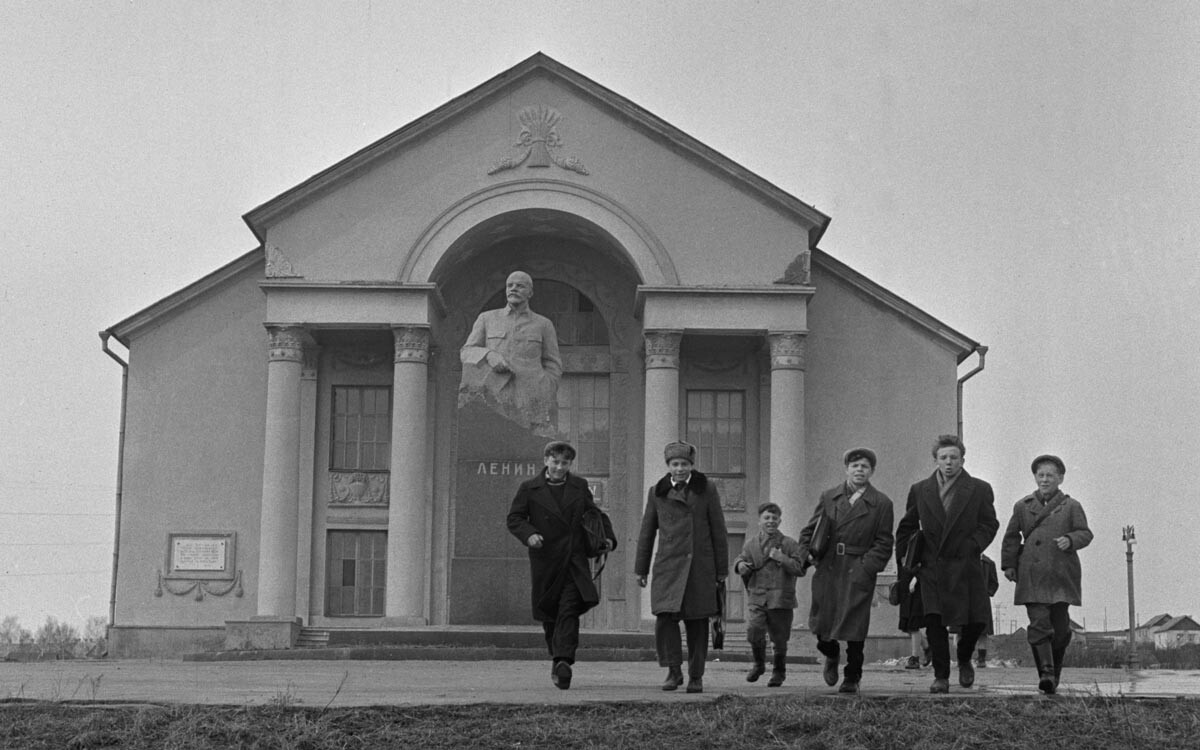 USSR. Moscow Region. 1963. Schoolchildren at the House of Culture of the collective farm named after Vladimir Ilyich, Leninsky District.

In a letter to the staff of one factory dated November 7, 1922, leader of the early Soviet state Vladimir Lenin addressed its workers: “Today, on the day of the fifth anniversary of the revolution, I welcome the opening of your club with special pleasure and express the hope that you, the workers and employees of the state electric power station […] together will be able to turn this club into one of the most important positions for educating workers.” 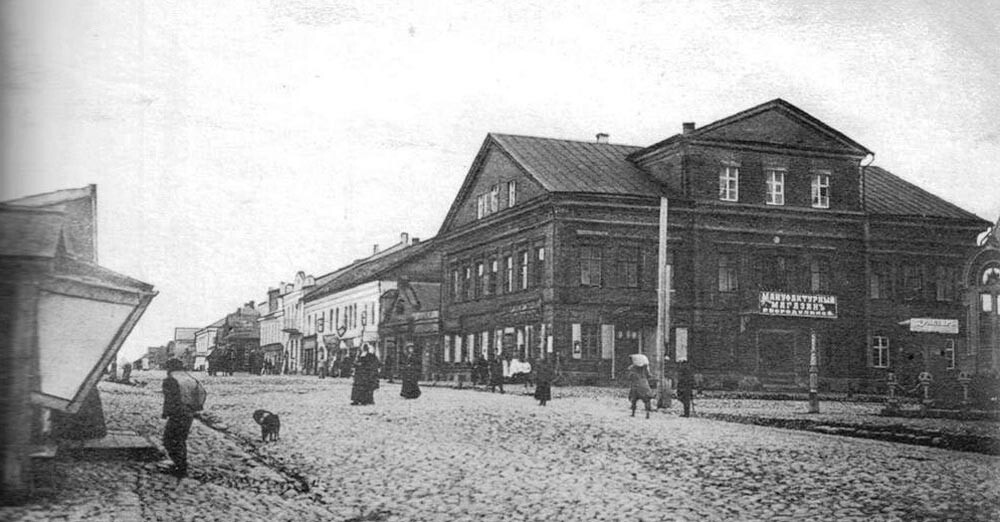 Velikie Luki, Troitskaya Street (later Karl Liebknecht Avenue). In the foreground is the building which housed the Central Workers' Club.

In the early Soviet years, workers’ clubs occupied vacant mansions, churches and other buildings, which had lost their function after the revolution. While a small hut would suffice as a place for hosting a workers’ club in a tiny and remote settlement, big cities, where all the industrial might of the early Soviet Union was based, required multiple workers’ houses. As a result, some of the biggest workers’ houses were created for employees of specific factories and manufacturers. 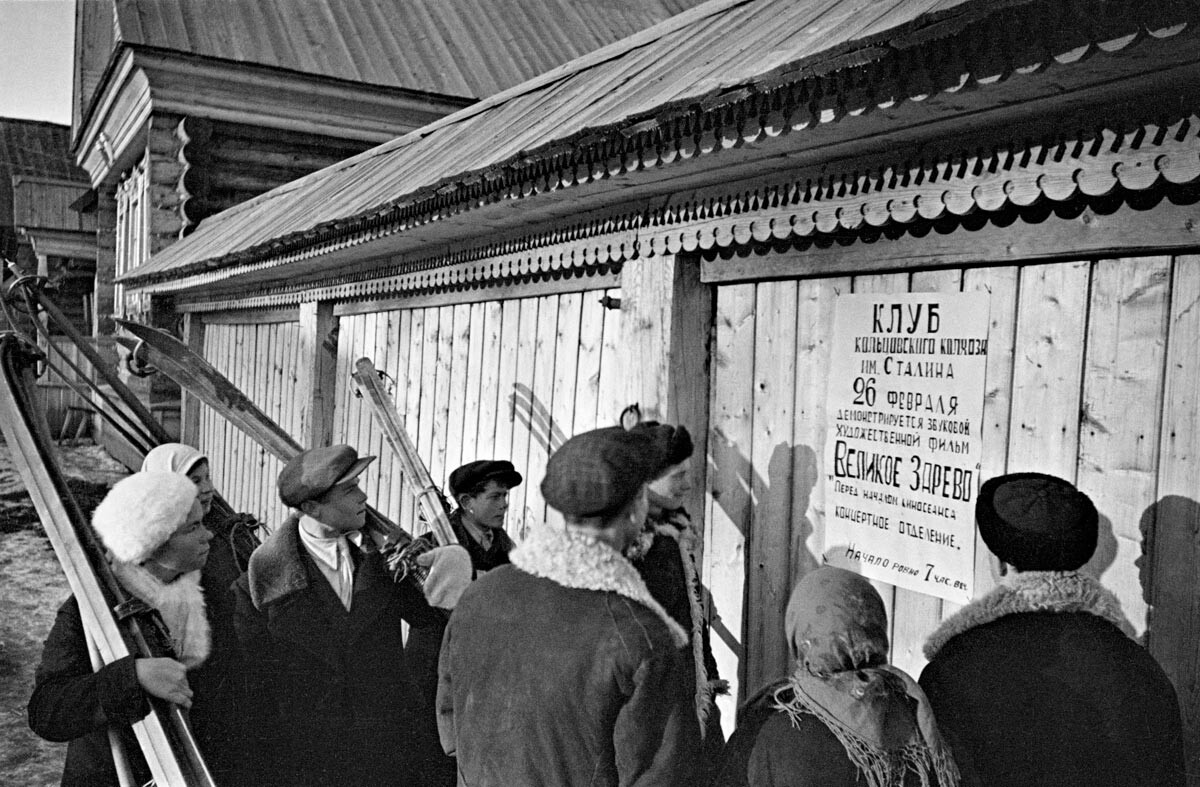 Near the village club in the Koltsovka village of the Stalin state farm. Chuvashia, 1940.

In these cases, the scale of construction often corresponded to the enormous scale of the proclaimed goal. Some of the workers’ houses were extremely lavish, symbolizing the pioneering spirit of the new Soviet state. 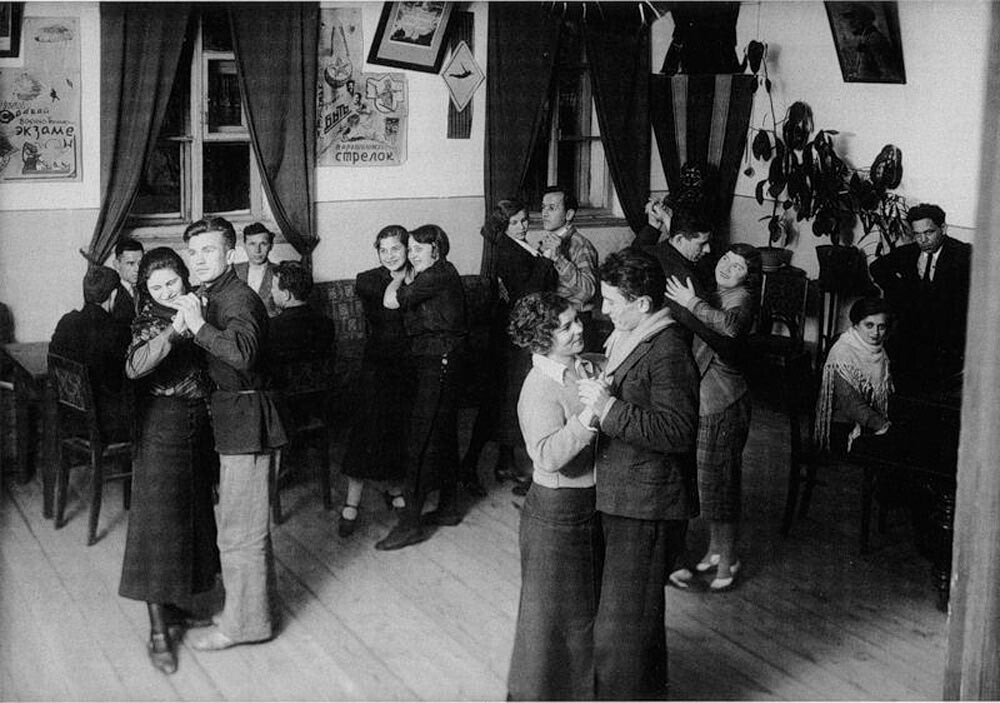 Curiously, the idea of creating places where workers flowing to cities from rural areas could recreate, socialize and learn was not a Soviet invention. The very first workers’ houses — known as folk houses at the time — were created by the Tsarist government before the revolution. The idea behind the policy was to occupy, pacify and educate new inhabitants of the fast-growing industrial cities, so that their presence did not threaten public safety. 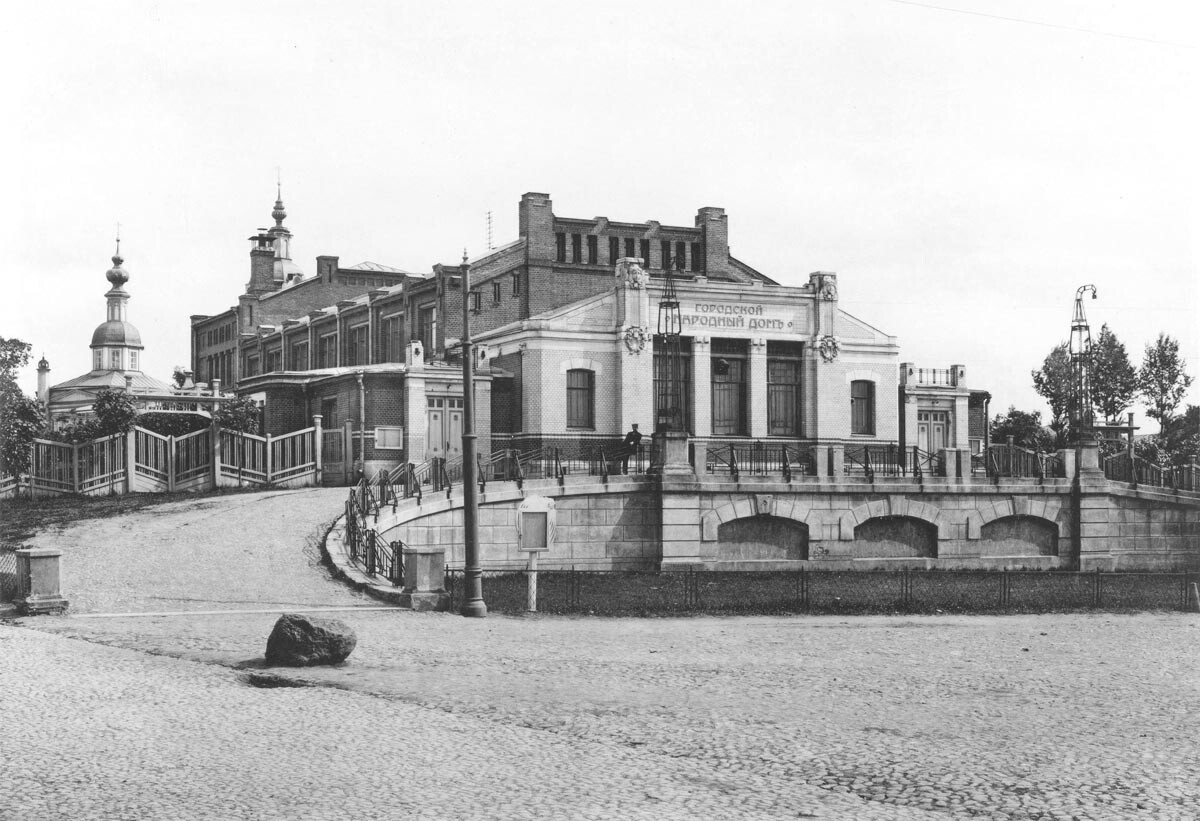 The Vvedensky folk house was one of those buildings erected in Moscow. Built in 1903, it became one of the folk houses constructed on the outskirts of the industrial areas in Moscow during the Tsarist era. Plays by Shakespeare, Ostrovsky and Chekhov were staged at the theater operating as part of the institution. 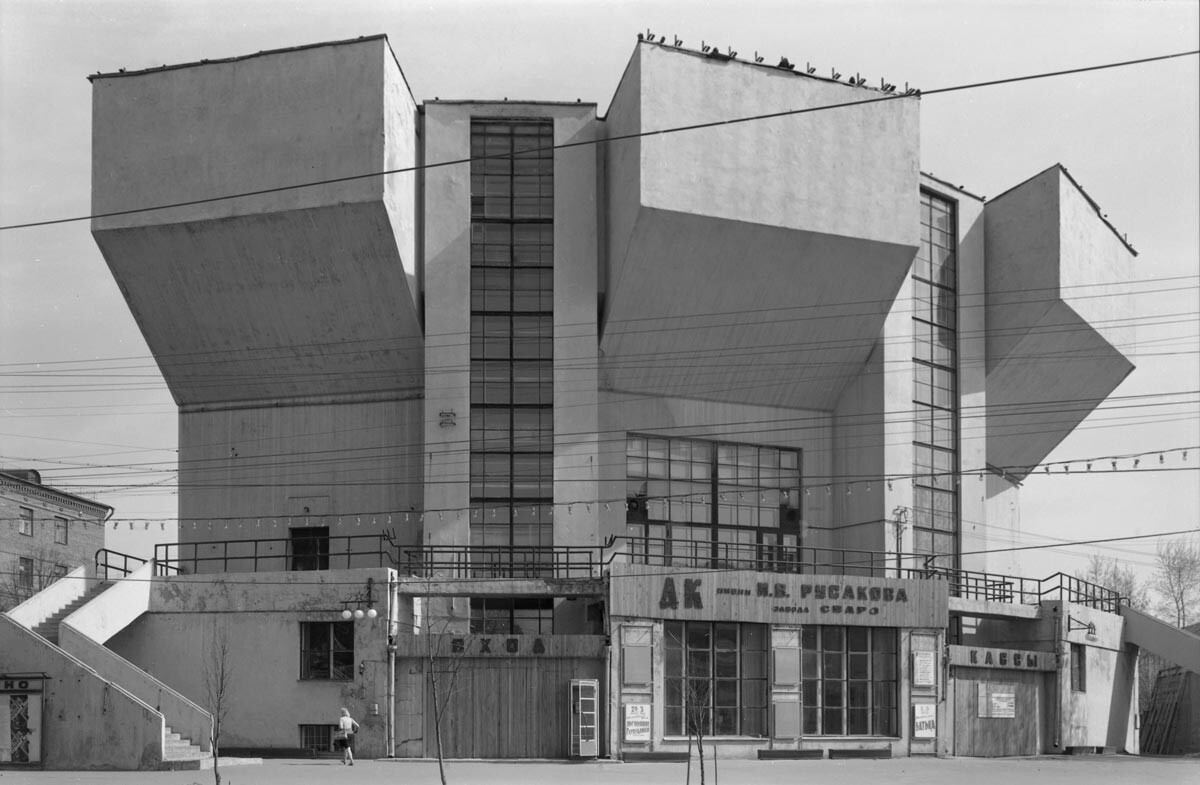 The Rusakov Club in Moscow

The Rusakov Club in Moscow was built for the Union of Communal Workers in 1929. Its signature feature is massive blocks protruding from the building’s main body. 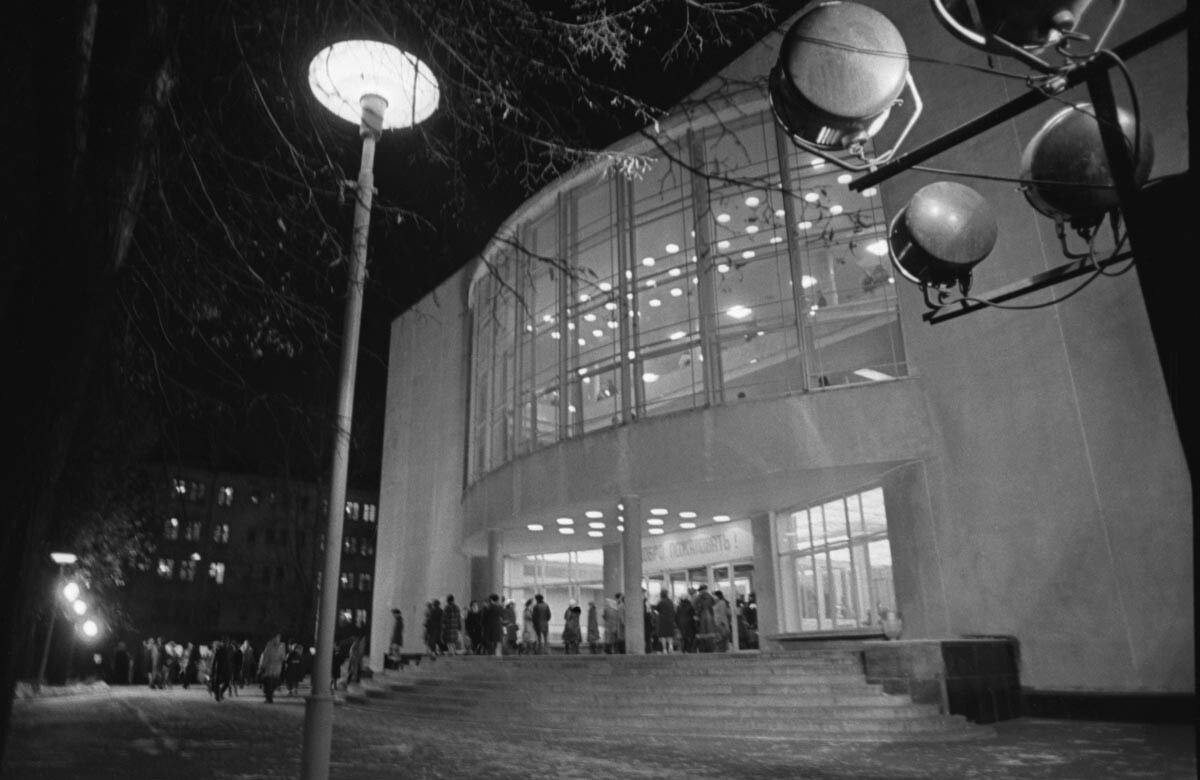 Some of the workers’ houses were also called “palaces of culture”. This particular “palace of culture” was built for ZIL factory workers in 1931 in Moscow. 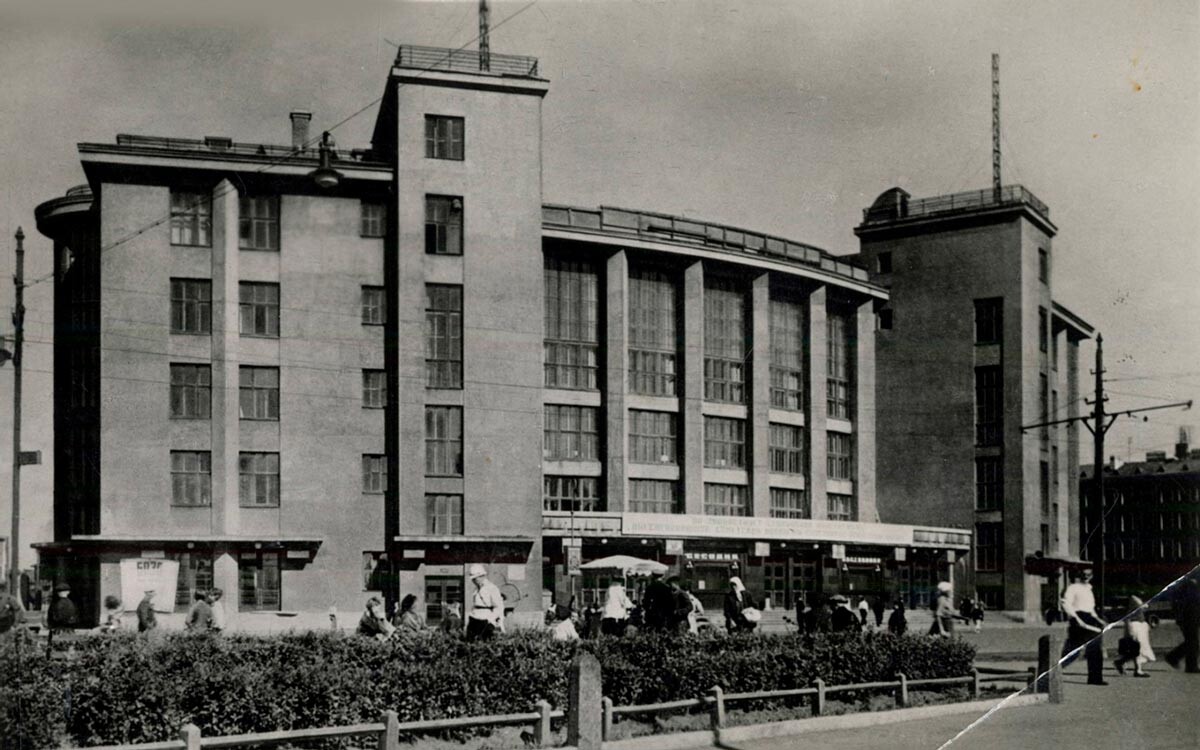 This is an example of a workers’ club in Leningrad (now St. Petersburg). The building was erected in the late 1920s.

Many of the buildings where the workers’ clubs were located retain their functions today. They house theaters, museums, houses of culture and other public institutions.

Click here for the 10 Russian buildings that are so ugly they'll make you cry.