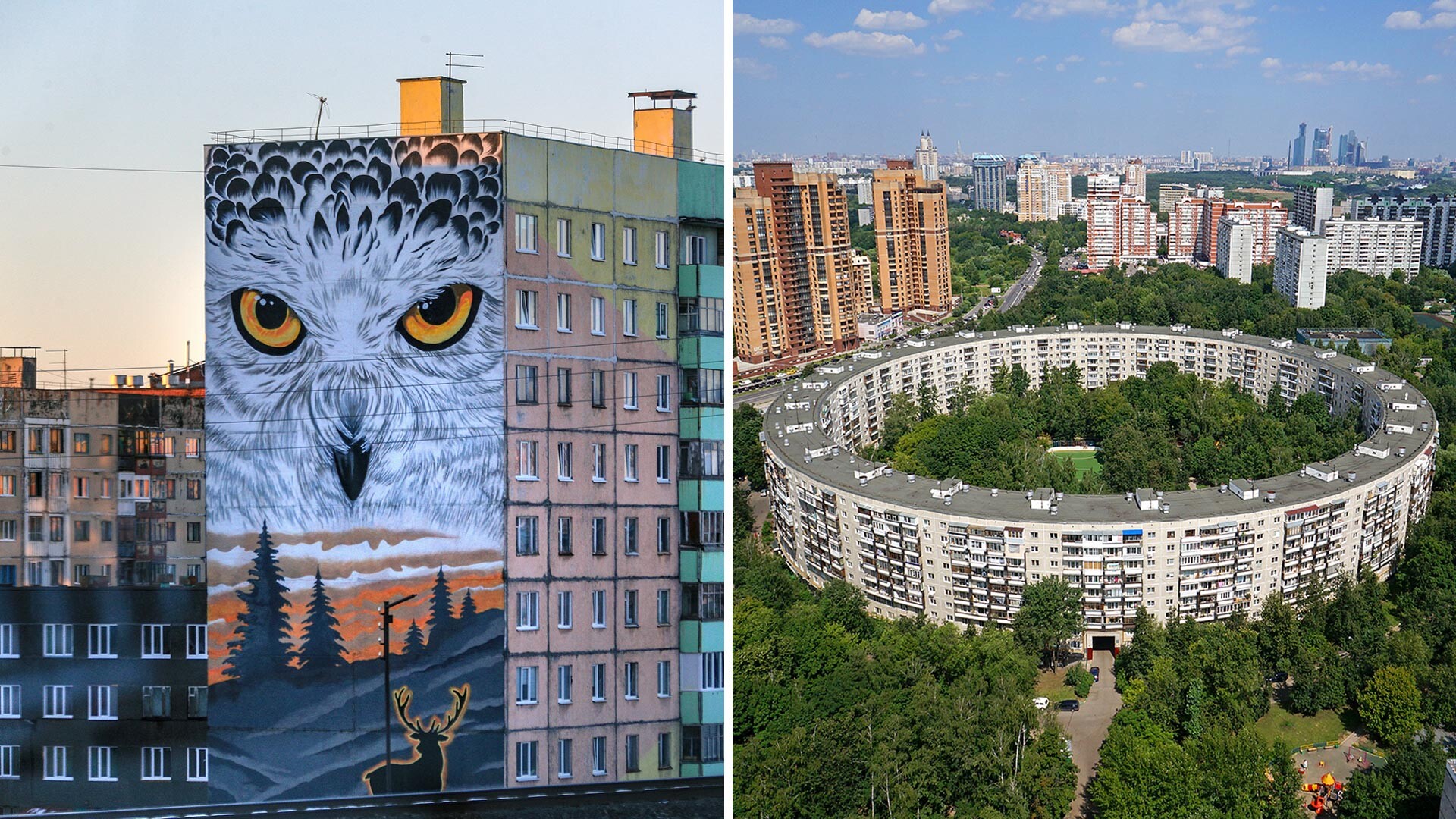 Many Russian cities are built up with Soviet-time gloomy panel houses - then it was necessary to quickly provide people with apartments.

But among this standardized architecture, you can see very interesting designs that stand out from the rest. 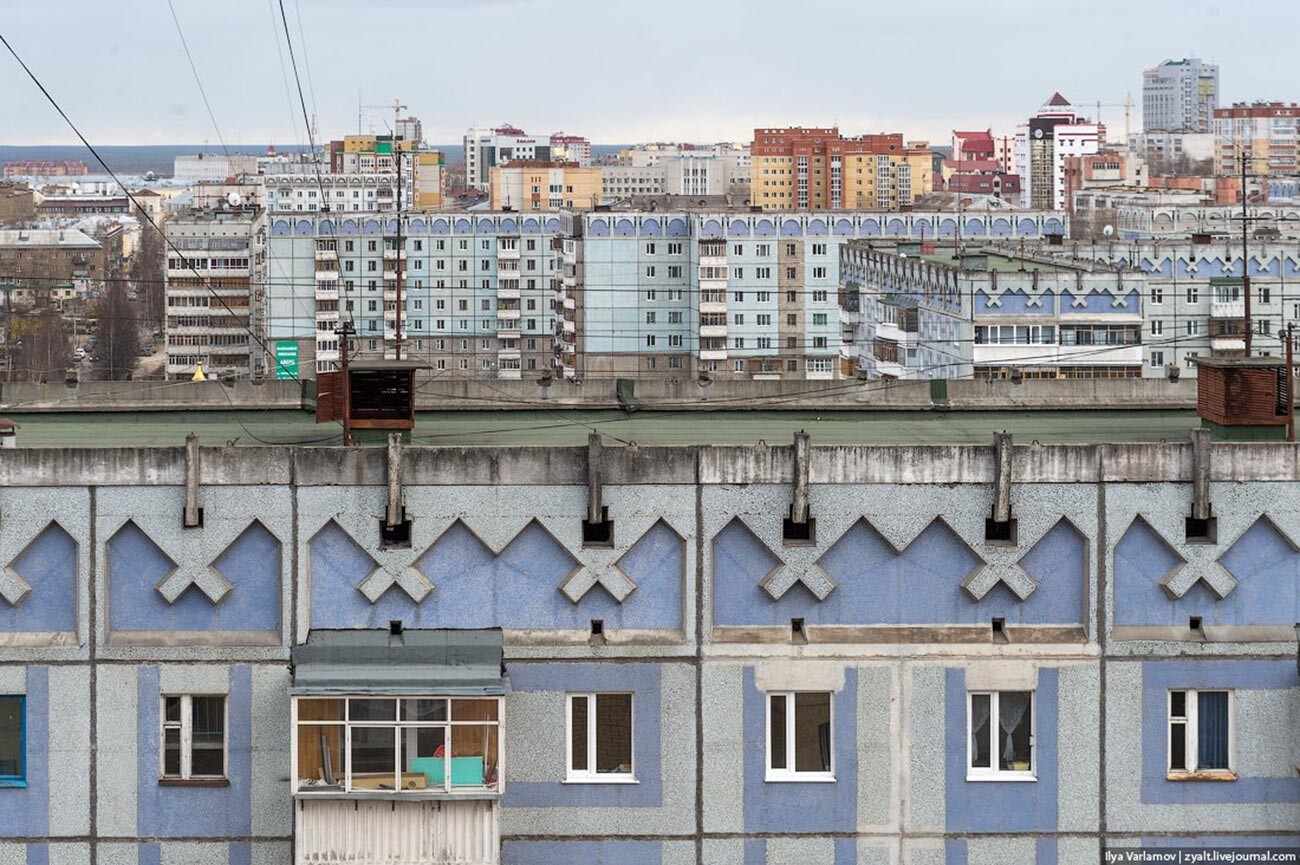 One residential area in the northern Russian city of Syktyvkar is full of panel houses with national Komi ornaments. 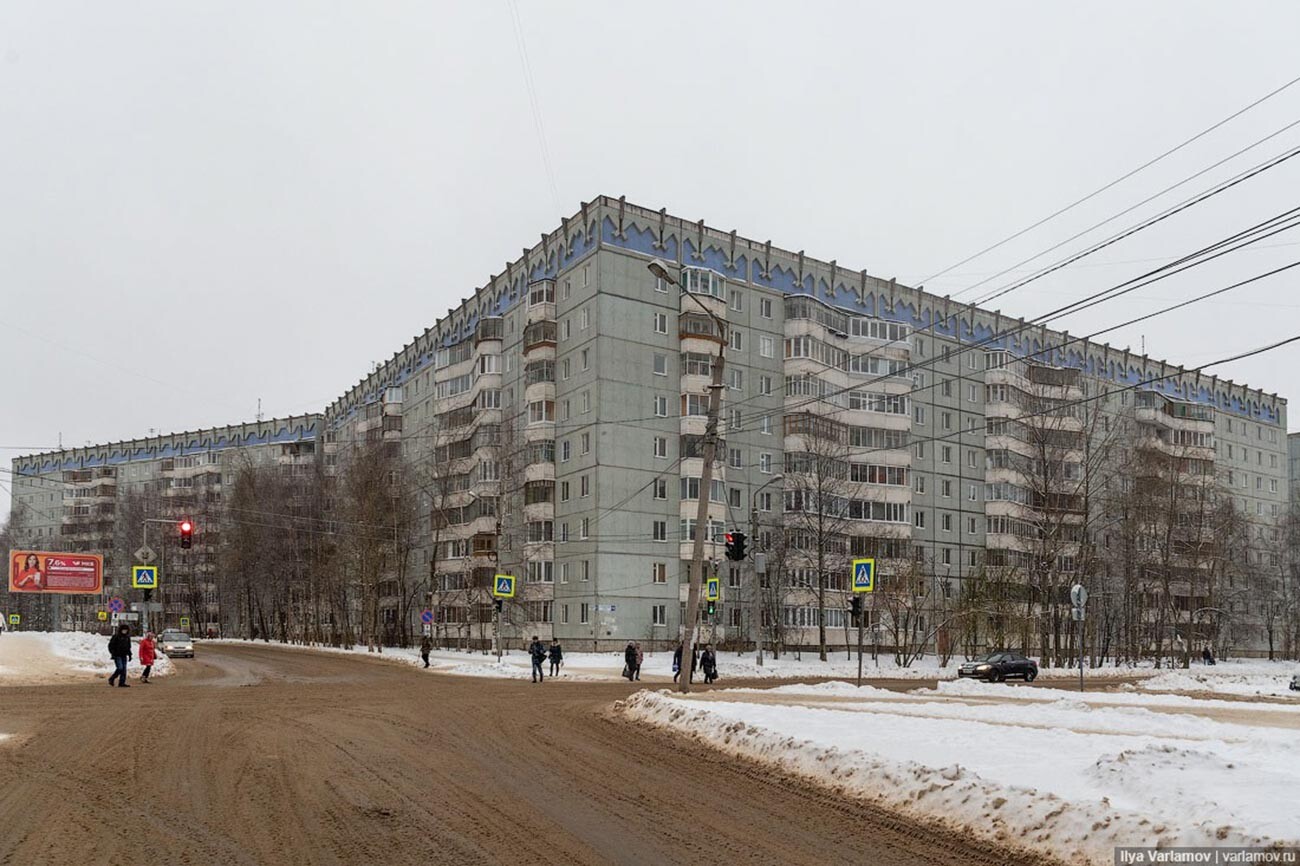 2. Hammer and sickle in Ulan-Ude 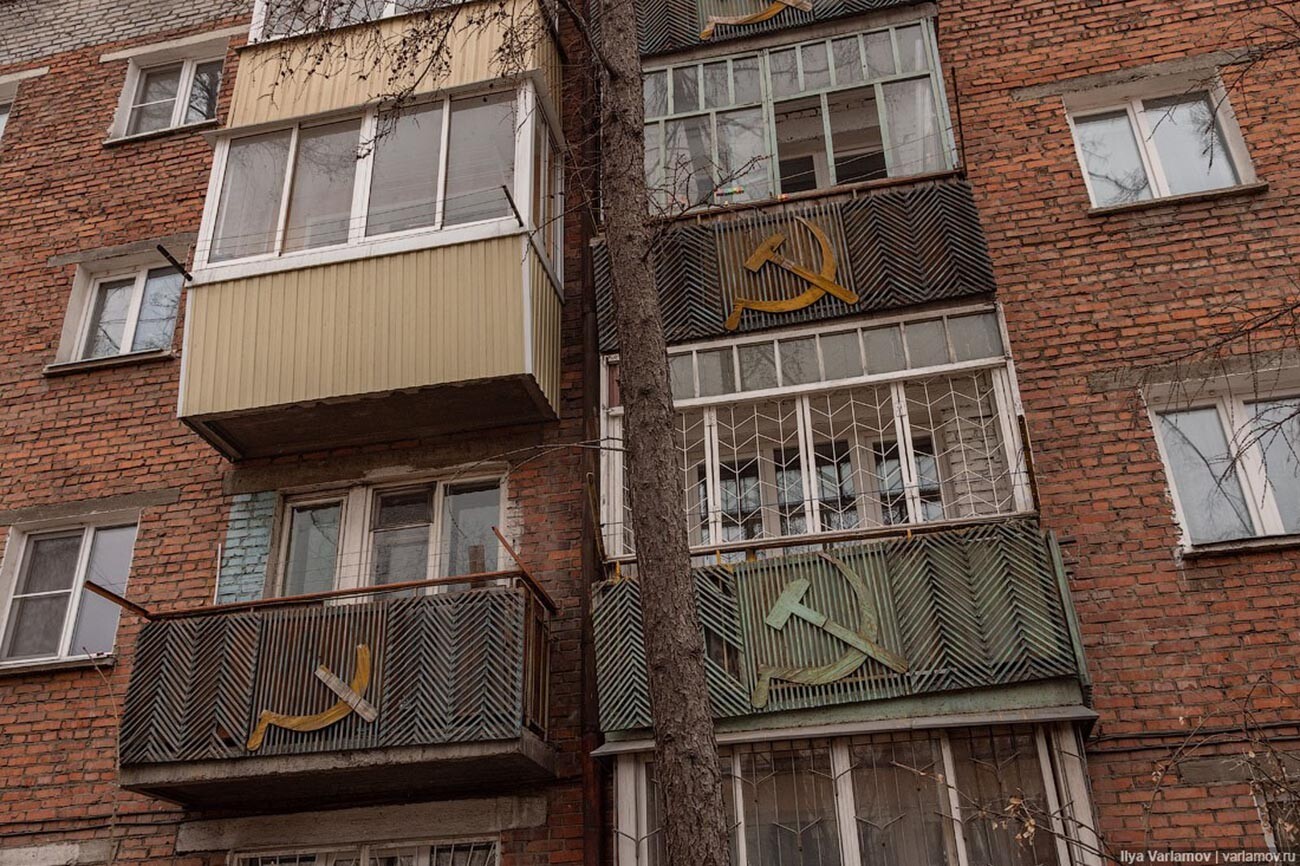 In Ulan-Ude, the capital of Buryatia, you will find panel houses decorated not only with traditional symbols, but also with the Soviet hammer and sickle! 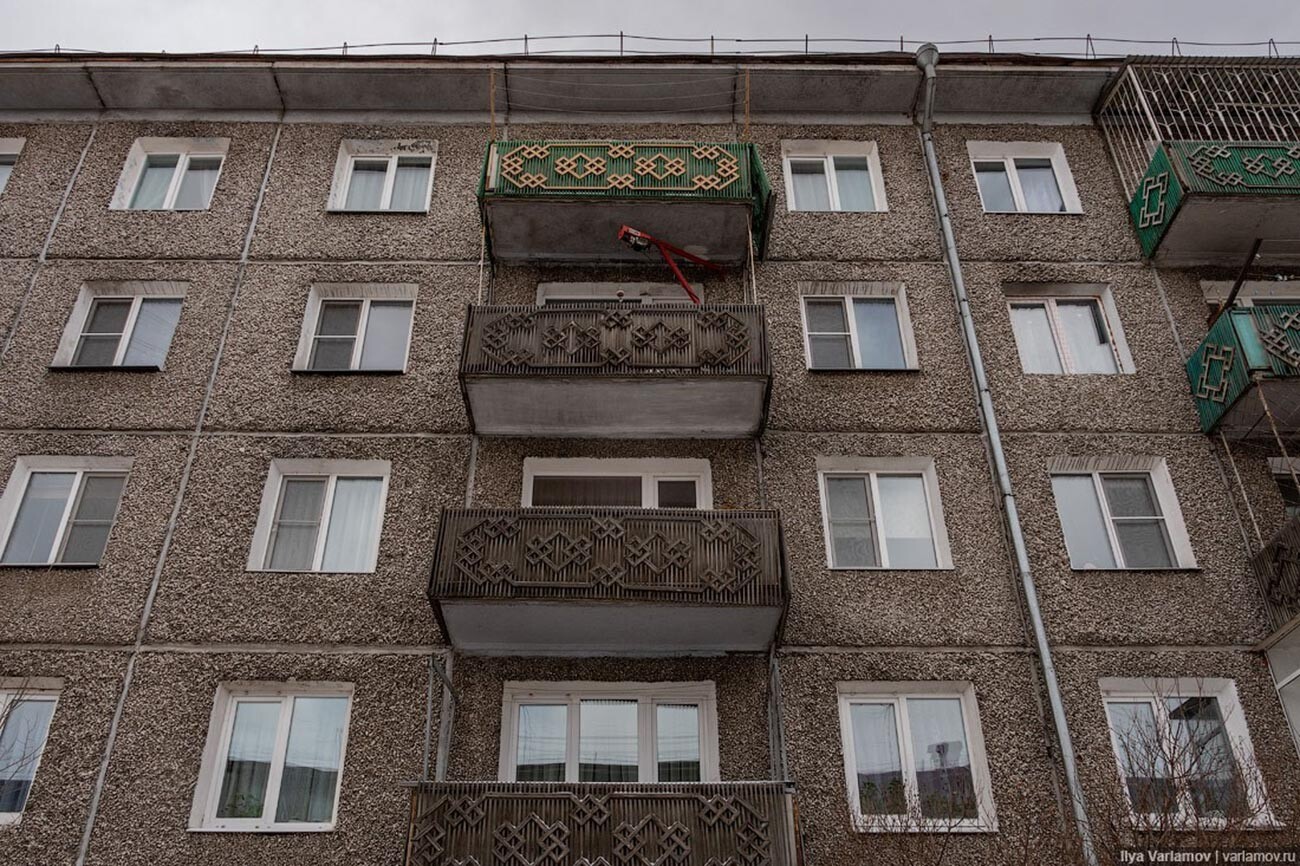 And this is not a self-made thing, this is the architectural idea. 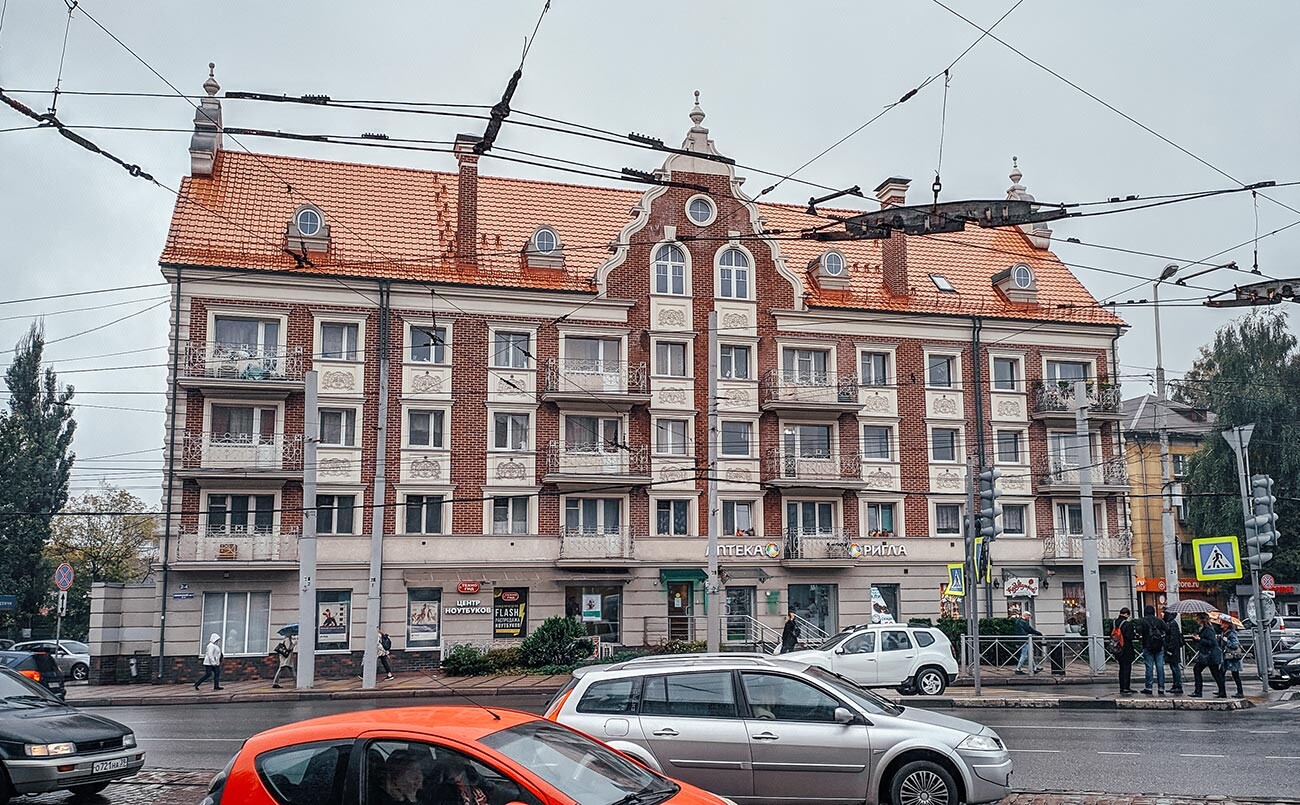 Wow! This spectacular house in Kaliningrad is actually an ordinary panel building, but in recent years, the city decided to redesign its Soviet legacy. Before World War II, Kaliningrad used to be a Prussian city called Königsberg and this renovation is a reminder of its long history. 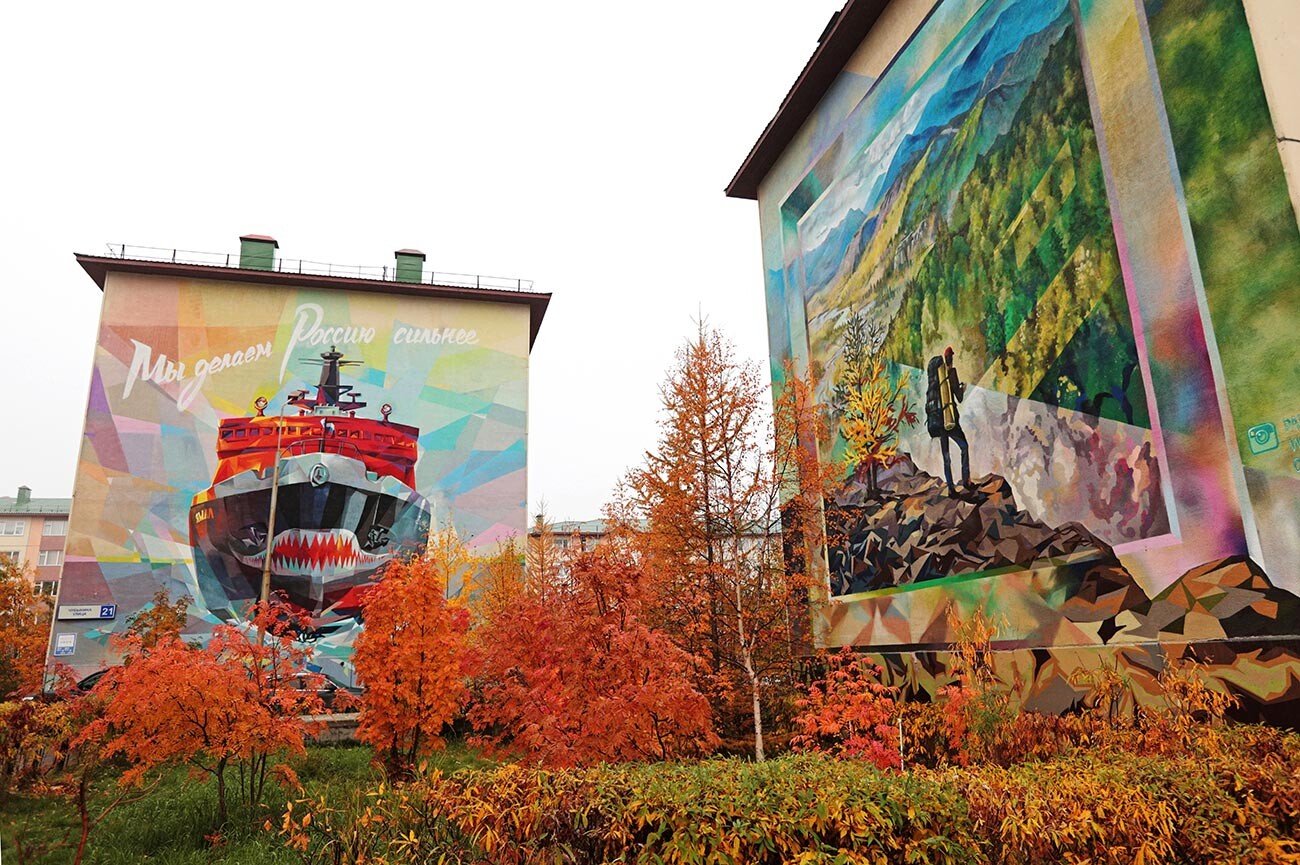 Salekhard is the only city built right on the Arctic Circle. The climate in the Far North is severe and local houses are usually painted in bright colors. In Salekhard, typical Soviet panel buildings are decorated with striking murals depicting icebreakers, foxes and reindeer.

5. Arctic colors in Norilsk and Dudinka 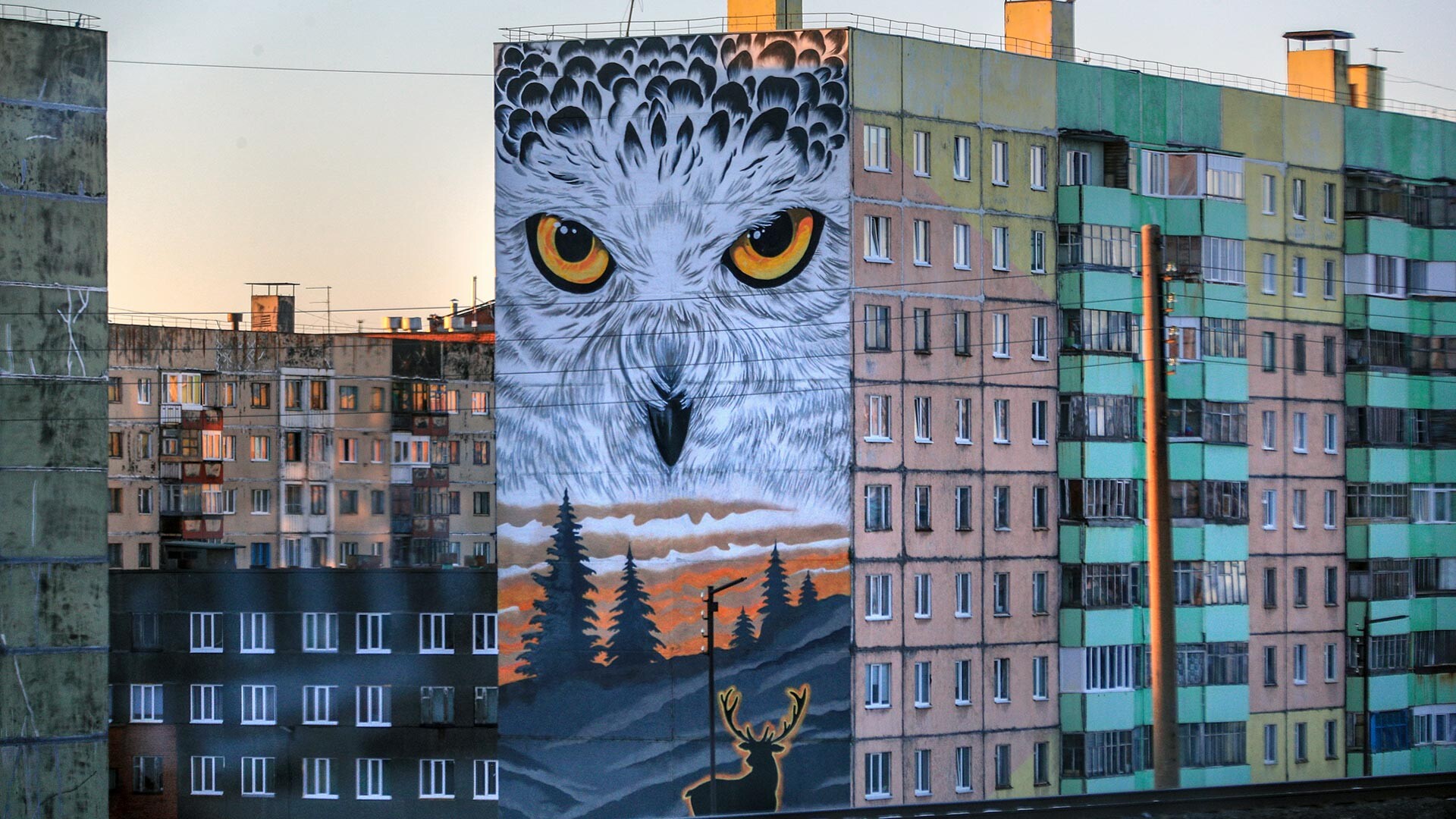 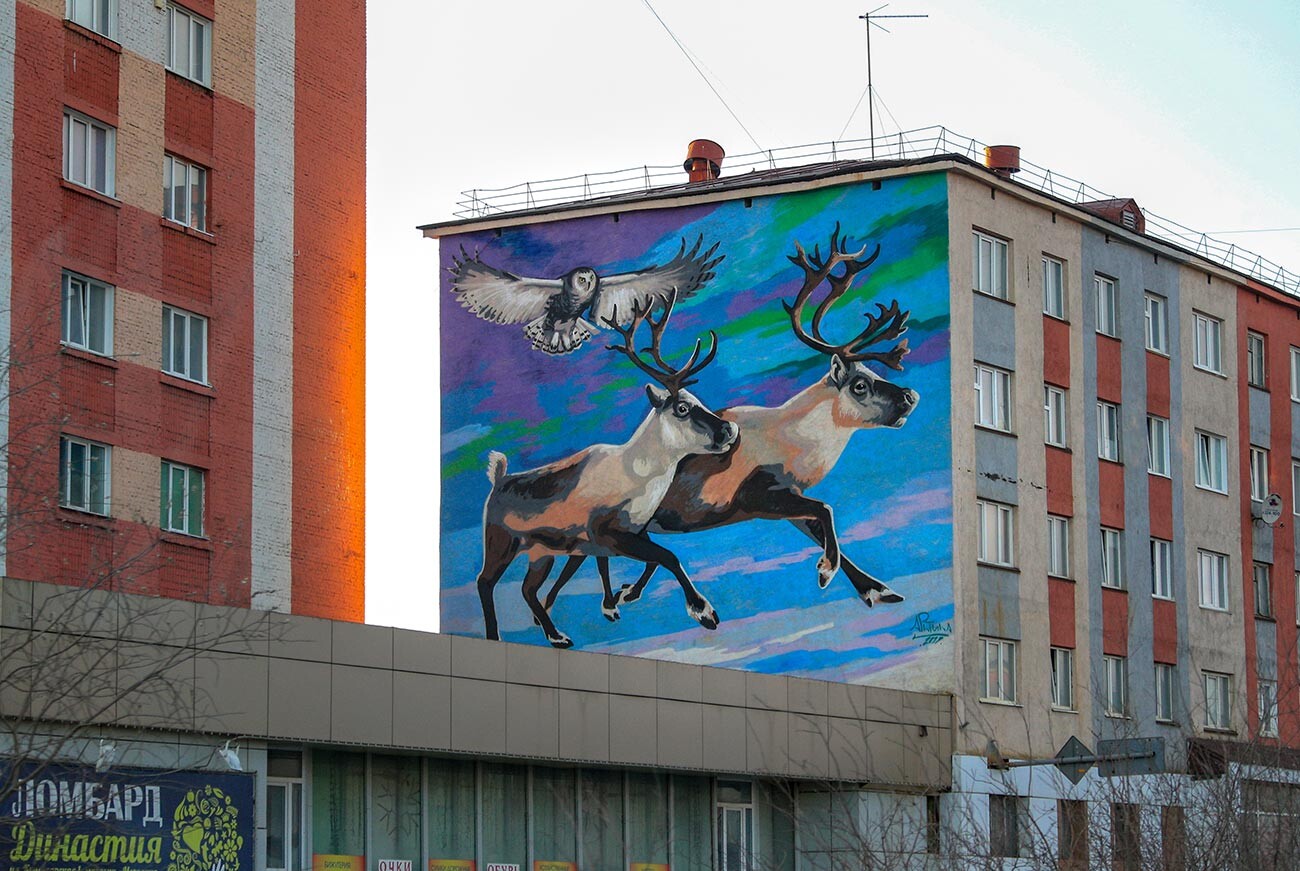 Deer, polar owls - houses in Norilsk and the neighborhooding town of Dudinka (Russian North) are decorated with northern-themed murals, too. 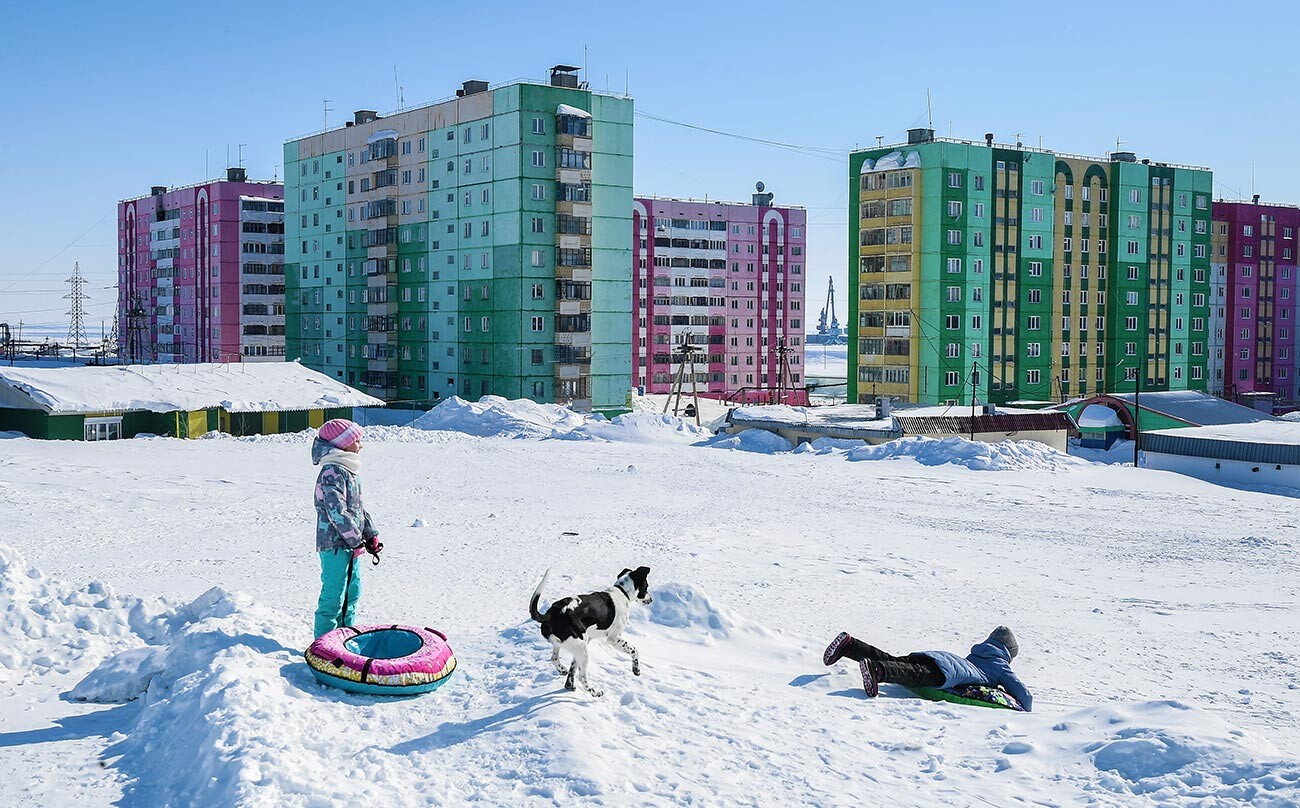 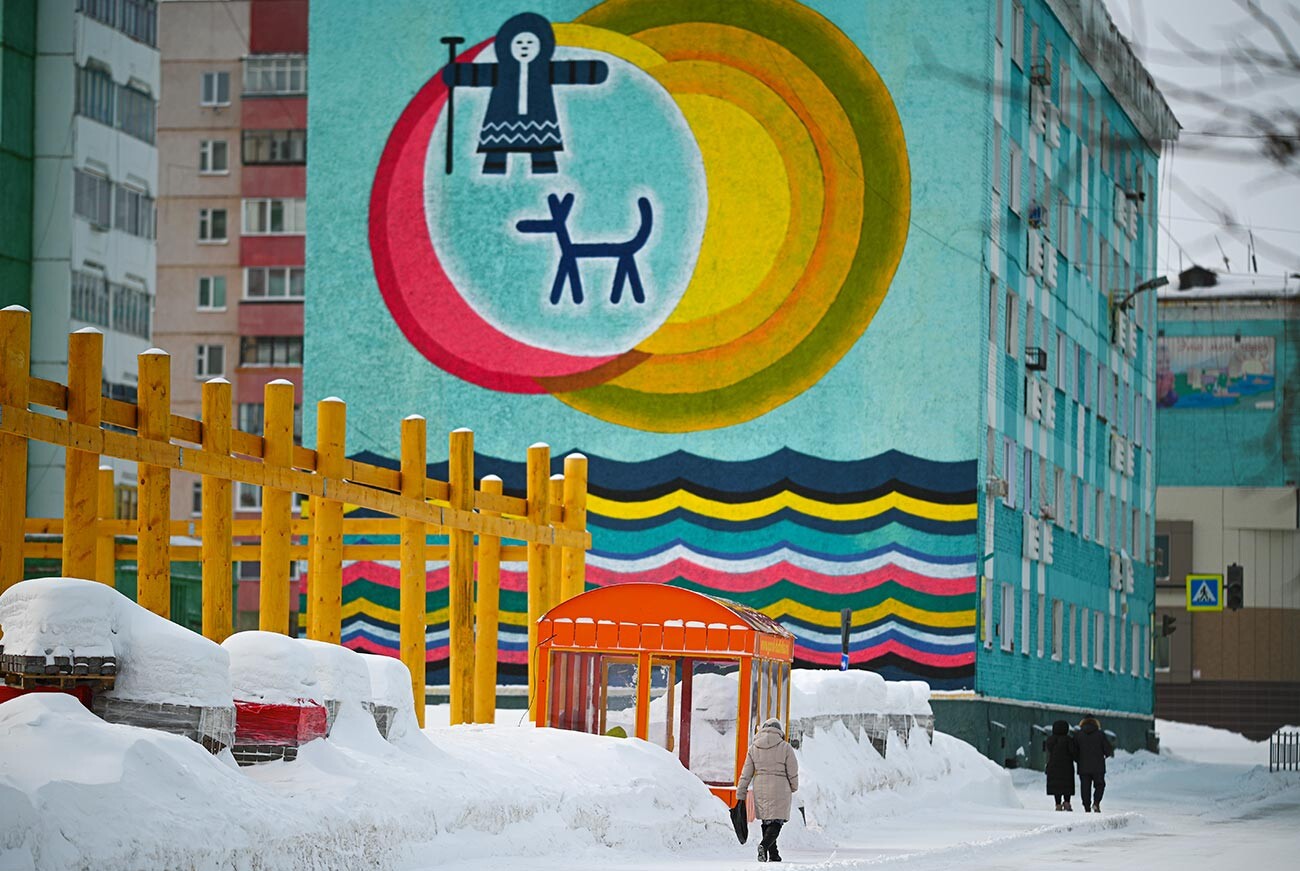 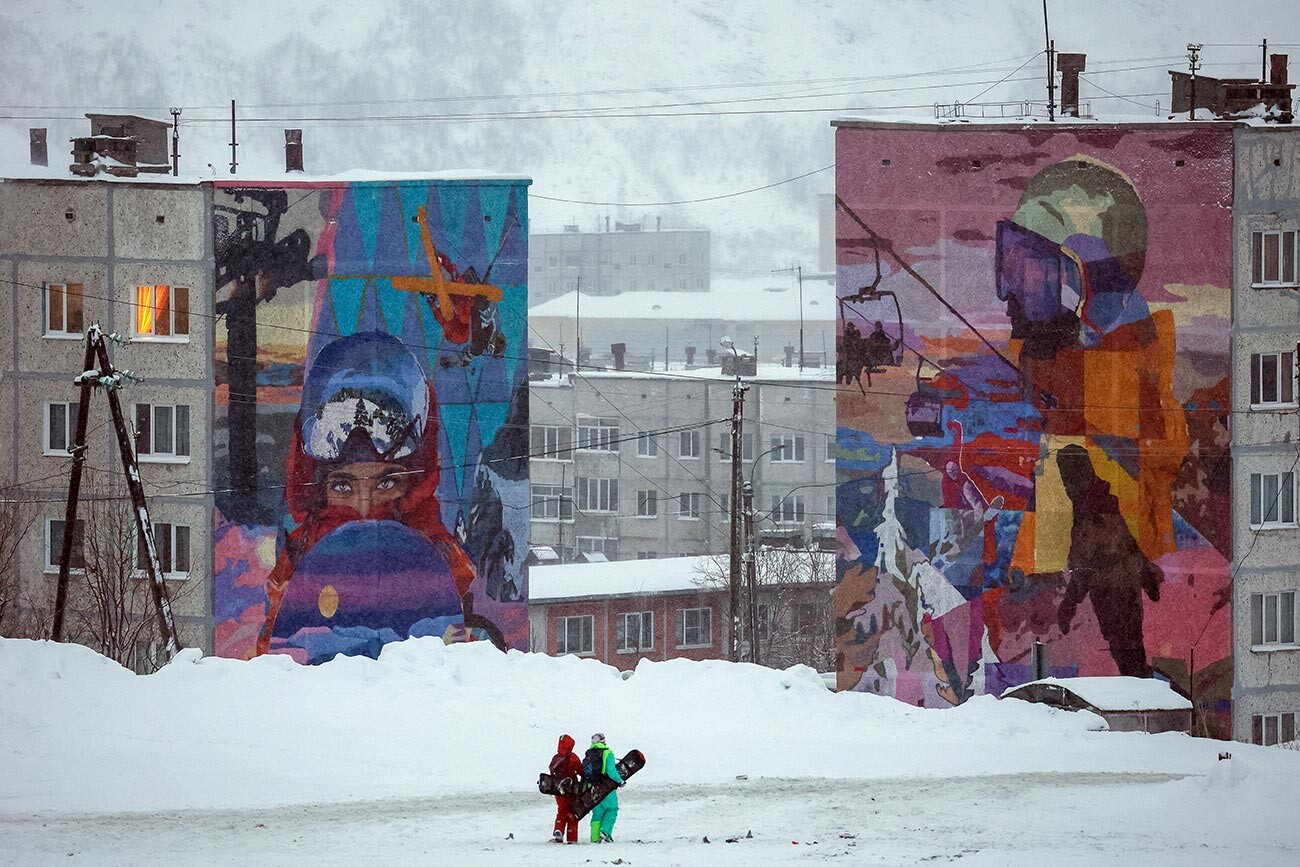 This residential area is located near the Big Wood mountain ski resorts in the Murmansk Region. Looks very unusual in contrast with gray surroundings! 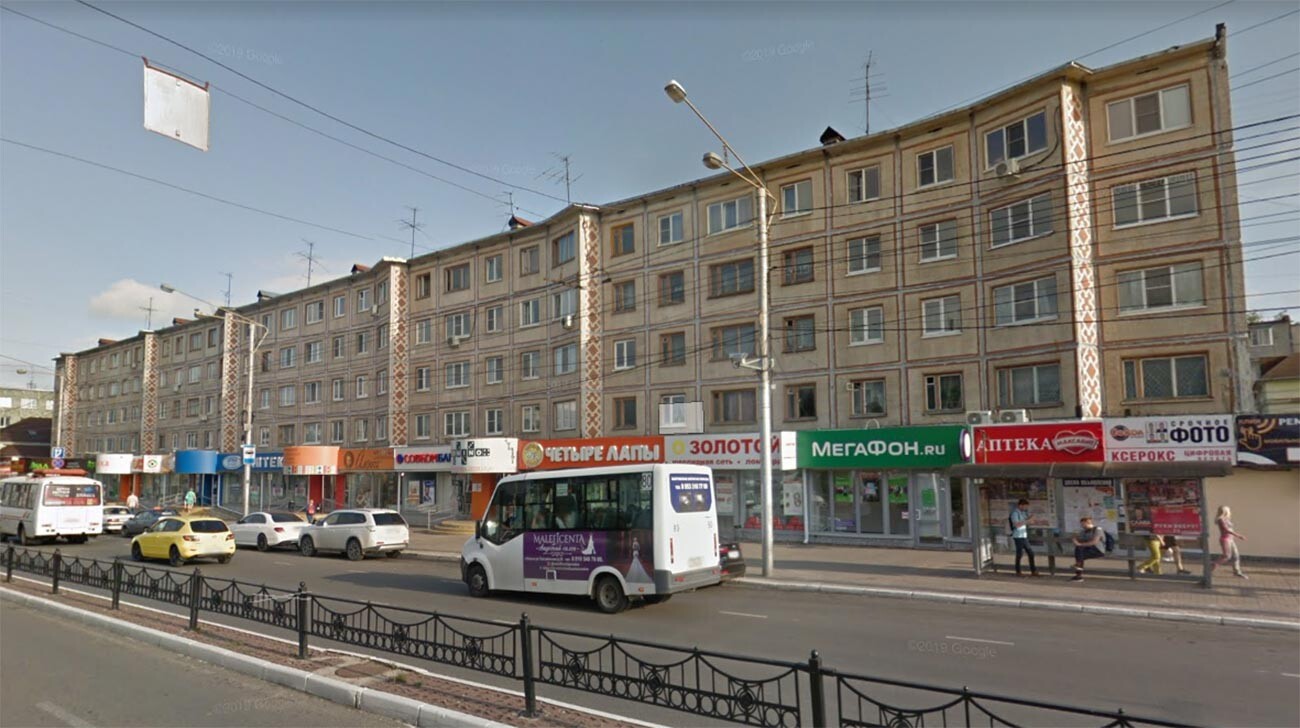 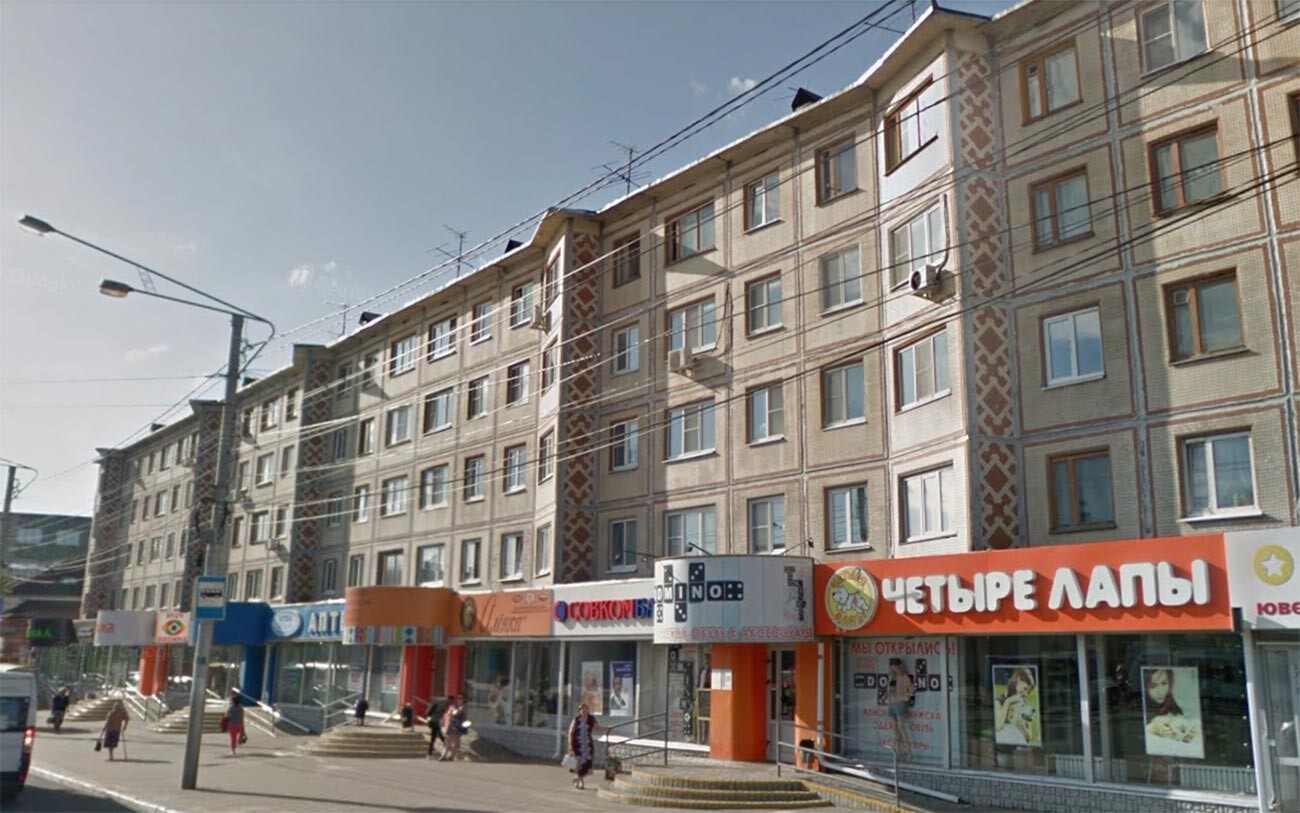 Locals call this panel house in Kaluga (not far from Moscow) an “accordion” - because of its unusual design. Such houses were built in Kamchatka. This shape could withstand the increased seismic activity of the peninsula in the Far East. But how this house ended up in the center of Kaluga is a big question. Local historians suggest that the architects were just trying to diversify the typical houses.

8. Round panel house in Moscow 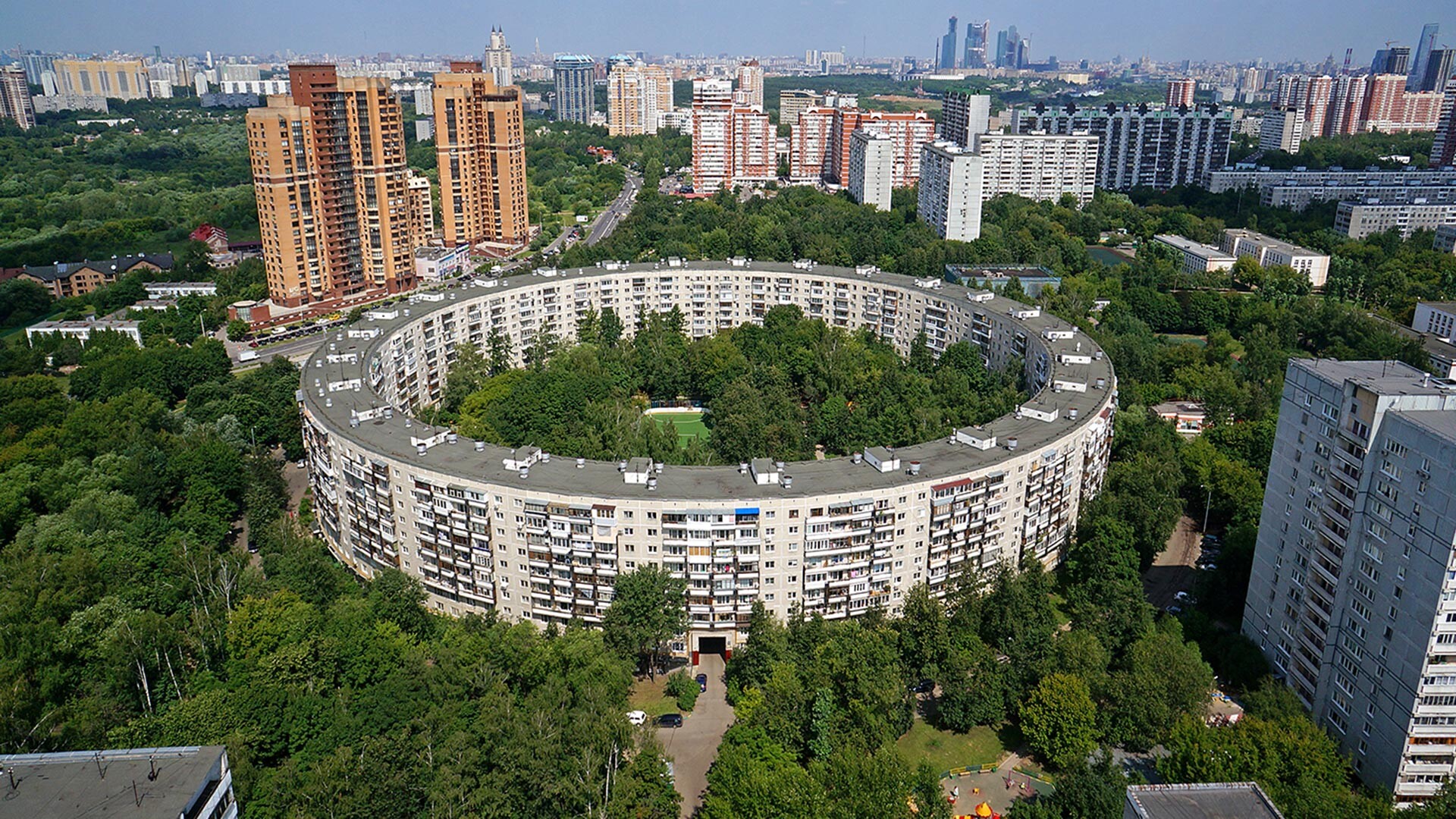 Two round panel houses in Moscow’s southwest appeared on the wave of the 1980 Olympics. Initially, the plan was to construct five buildings (like Olympic rings), but the architectural experiment was halted after two, when the structures proved impractical, due to problems with sound insulation and maintenance. Now, they are nicknamed ‘The Bagels’. Each building has over a thousand apartments and 26 entrances. 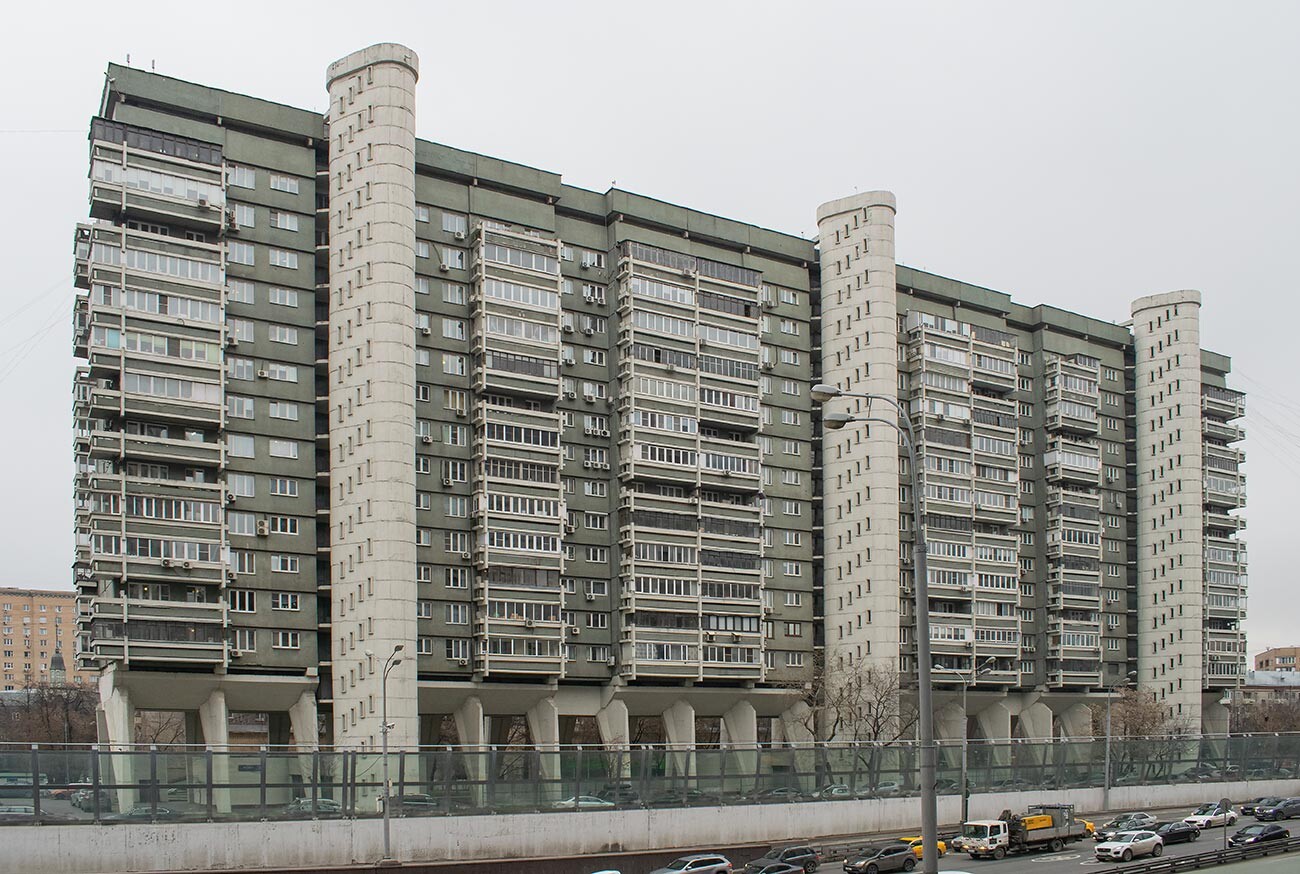 There are several panel houses in Moscow that stand on pillars. It would seem that there are no earthquakes, floods, or permafrost in the capital of Russia - so why did Soviet architects build such buildings? On Begovaya Street, such a building was built in the 1970s as a future hotel for guests of the Olympics. 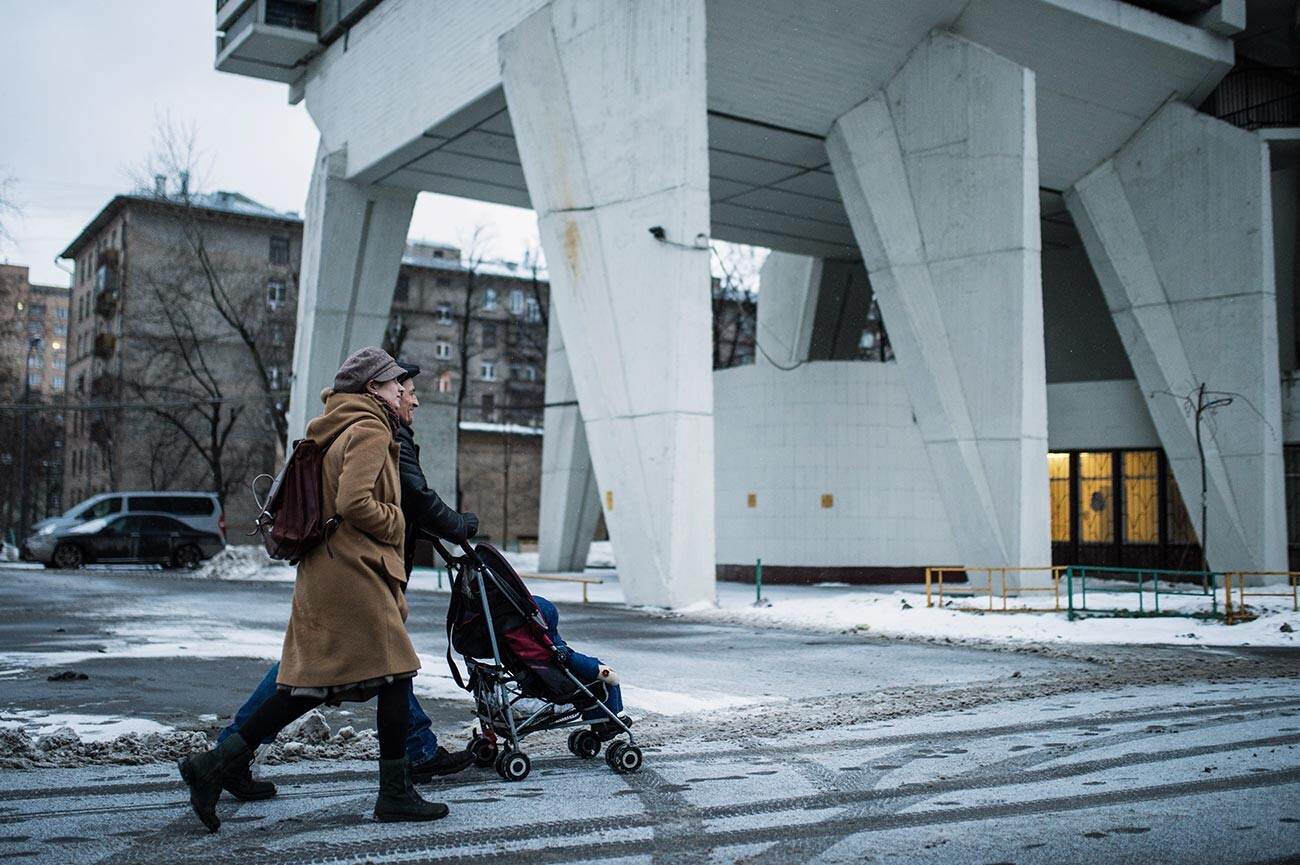 But it was eventually settled by workers of the aviation industry, and therefore was called the Aviators house.

10. A house with an entrances to the metro, Novosibirsk 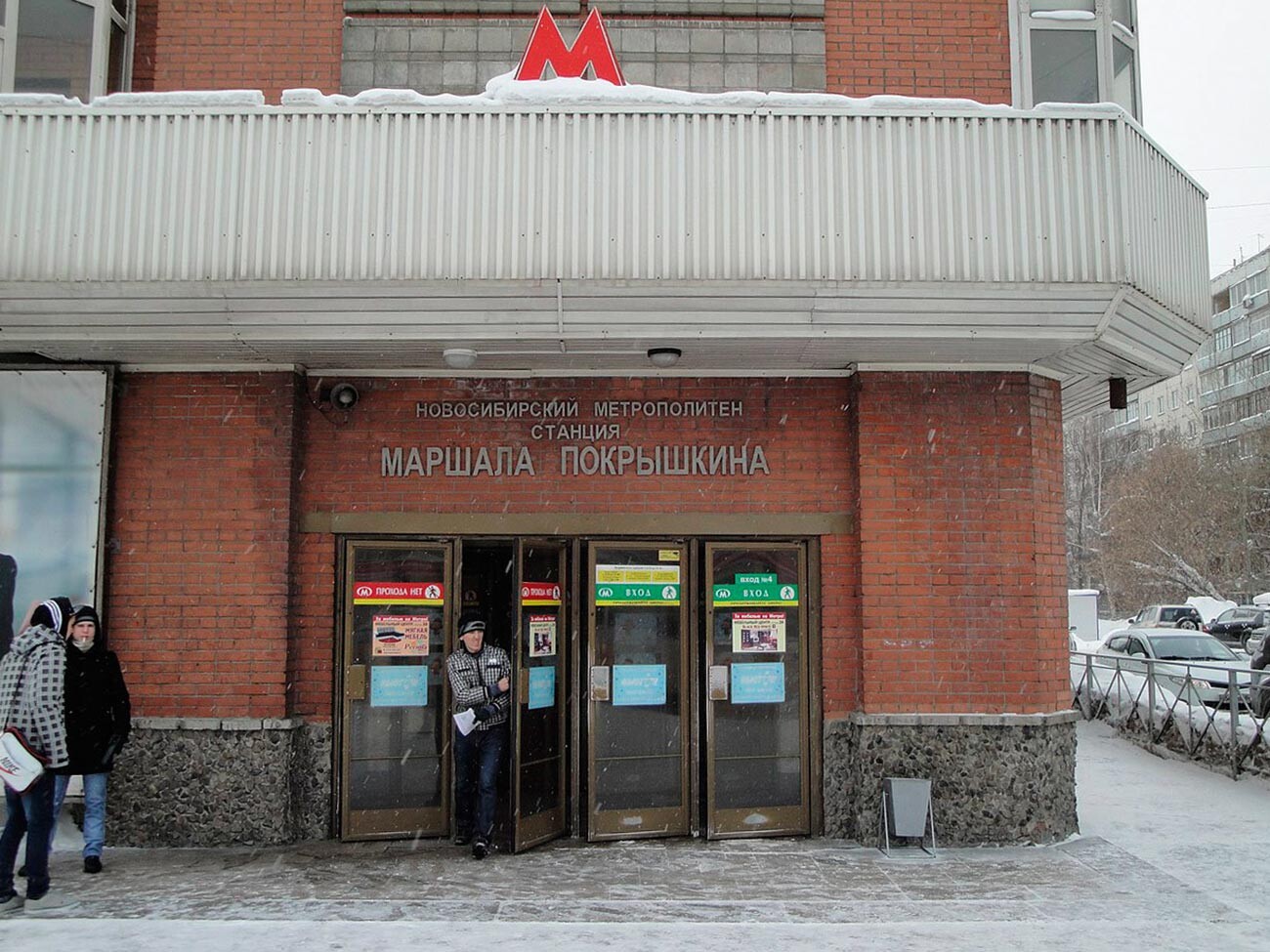 There are metro stations in seven Russian cities and some stations are located directly under residential buildings. The first metro entrances on the houses’ first floors appeared in Moscow and then in other cities. In Novosibirsk, there is a modern panel house, whose residents can enter the metro just by going downstairs. How do you like this idea?