Rus’ and Russia: What’s the difference? 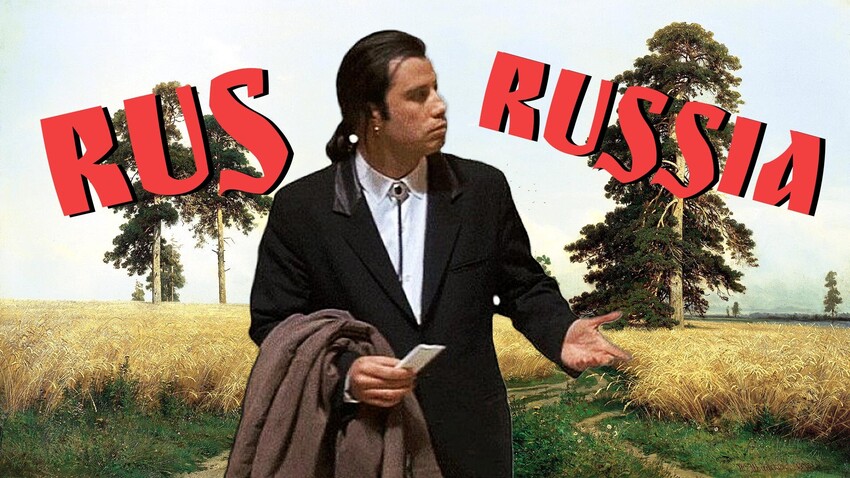 Ivan Shishkin/Tretyakov Gallery; Quentin Tarantino/ A Band Apart, Jersey Films, 1994
From the Slavic tribes to the present, official name of the country.

In articles on Russian history, you can often see Old Russia referred to as ‘Rus’’. Is it a special name of the land, of the people, or what?

It is still a mystery whether ancient Russians actually called themselves Rus’ – as in 'Rus’ people'. It is not a country’s name, either. In Russian, ‘Rus’’ is a collective name of the congregation of Eastern Slavonic tribes and this name is first mentioned in foreign historical sources. 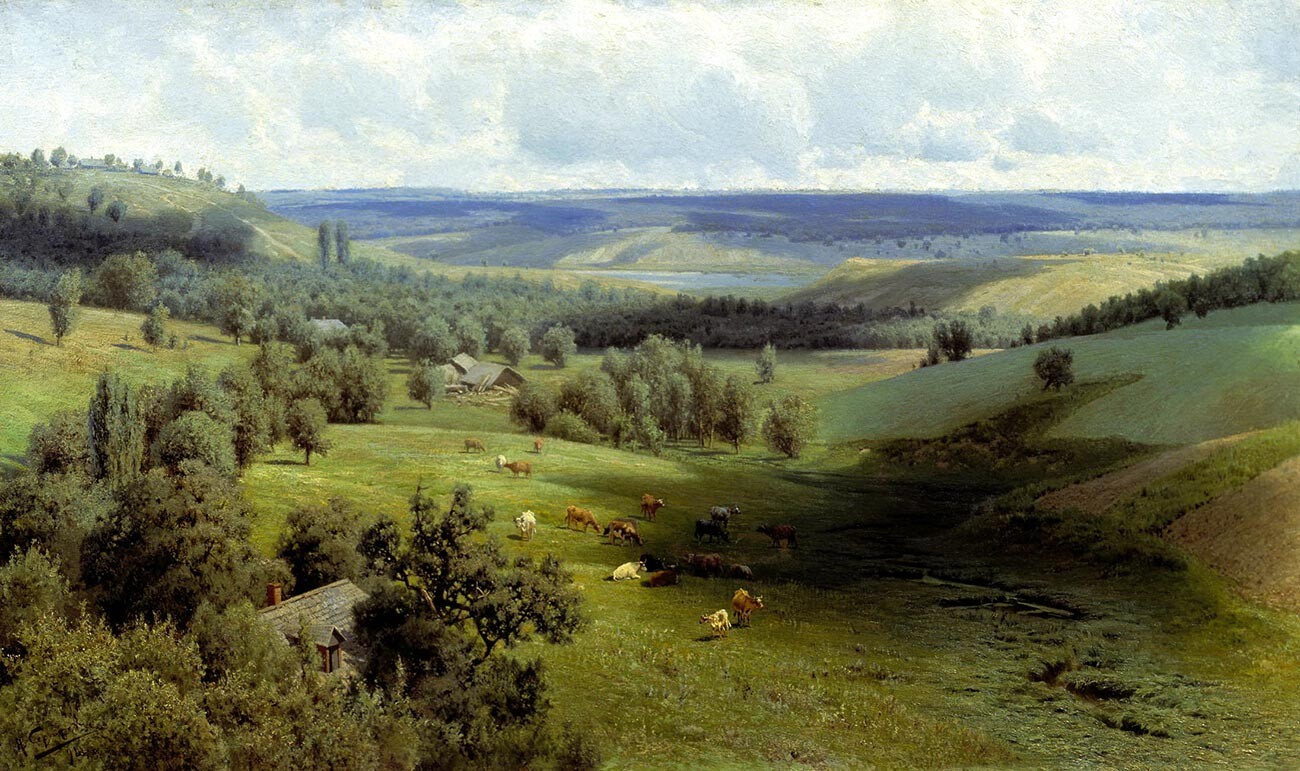 The annals of Saint Bertin (a French manuscript from the 9th century) say: “There are people, by the name Rhos, and their king, named Khakan.”

Al-Masudi (896–956), an Arab historian and geographer, wrote: “The Byzantines call them Rusiya, this word means ‘red’.”

The Byzantines used the Greek word ‘Rosia’ (Ῥωσία) in reference to the people of the lands north of the Black Sea. The first use of the word ‘Rosia’ is credited to Emperor Constantine VII (10th century).

There is, however, another word for these lands – ‘Ruthenia’, a word coming from Old Swedish ‘Rōþin-’. Ruthenia is how Russia was called in many European sources in Latin language. There is strong evidence that Old Scandinavian root ‘Rōþ-’ (meaning “to row”) is the origin of the word ‘Rus’’. 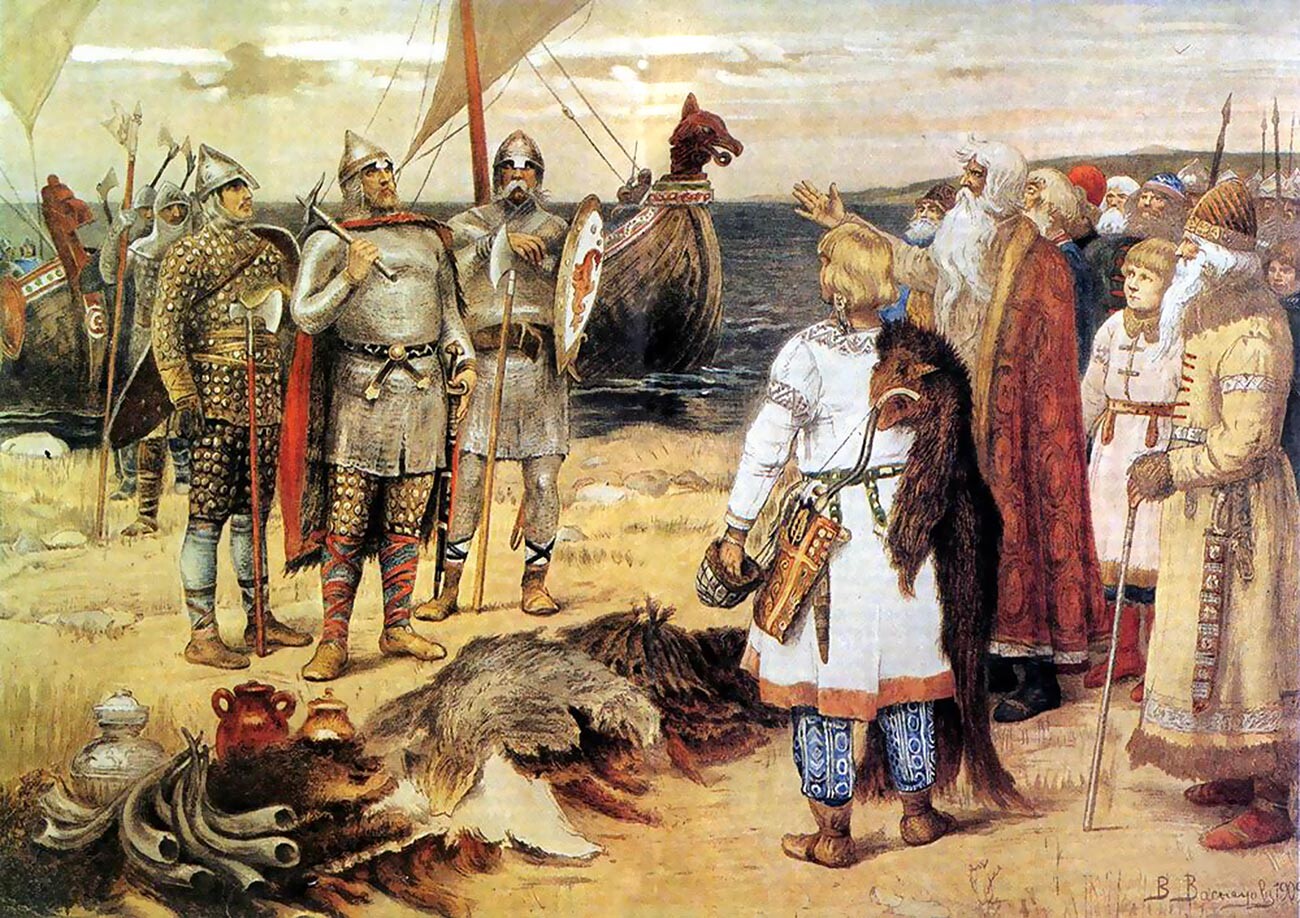 "The summoning of the Varangians" by Viktor Vasnetsov

The Russian Chronicle (created in Kiev in 12th century) says, describing year 862: “They accordingly went overseas to the Varangian Russes: These particular Varangians were known as ‘Russes’, just as some are called Swedes, and others Normans, English and Gotlanders…”

In the Russian lands in the 9th century onward, the word ‘Rus’’ is used to refer to the Kievan lands. Later, after the Mongol-Tatar invasion, the lands northeast of Kiev – Vladimir, Suzdal and, later, Moscow – also named themselves Rus’. Grand Prince Ivan III of Moscow used the title ‘Gospodar’ (“Ruler”) of all Rus’ in 1493.

The first written mention of the word "Rosia" (last word in the inscription).

In Medieval Russian sources (before the 14th century), the words ‘Rosia’ or ‘Russia’ did not exist. It appears for the first time in 1387 in the handwriting of Cyprian (1330-1406), who called himself “Metropolitan of Kiev and all Rosia”.

By the end of the 15th century, the name ‘Rossia’ appeared in various European sources. The map made by the Italian cartographer Fra Mauro (1450s) mentions territories like Red Rossia, Black Rossia, White Rossia. In the Russian lands, the word was used on coins and in scripture. 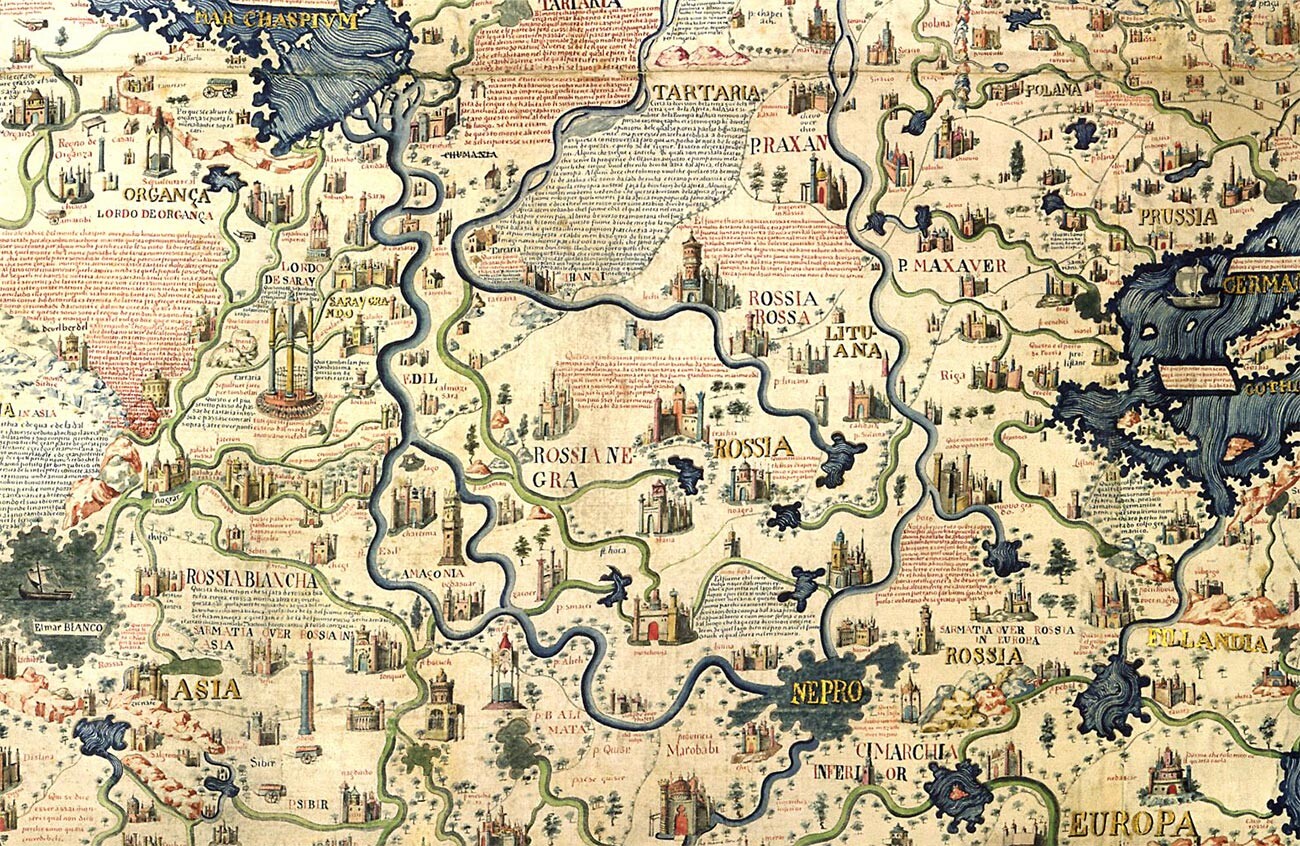 The Fra Mauro map (South in the upper part).

As Ivan the Terrible became the tsar in 1547, the country gained its first official name: ‘Rossiyskoye tsarstvo’ (‘The Tsardom of Russia’). This is how the word ‘Rossiya’ first entered the official name of the country.

But it was written in various ways during the 16th and the 17th centuries: Росия, Русия, Россия (Rosia, Rusia, Rossiya). The final decision to write ‘Россия’ (‘Rossiya’, with double ‘s’) was taken by Peter the Great, who, in 1721, accepting the title of the Emperor, named the country ‘Rossiyskaya Imperiya’ (‘The Russian Empire’).