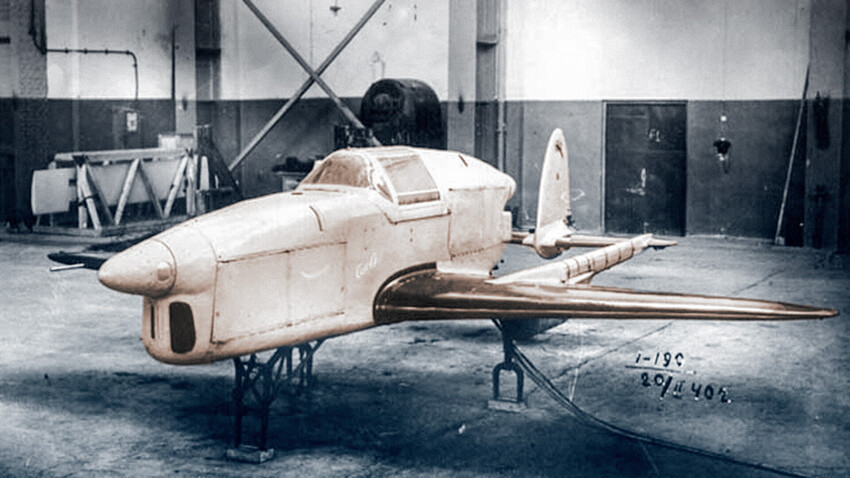 Public domain
Alexandr Moskalev worked his whole life on new types of aircraft, but most of his projects remained on paper. 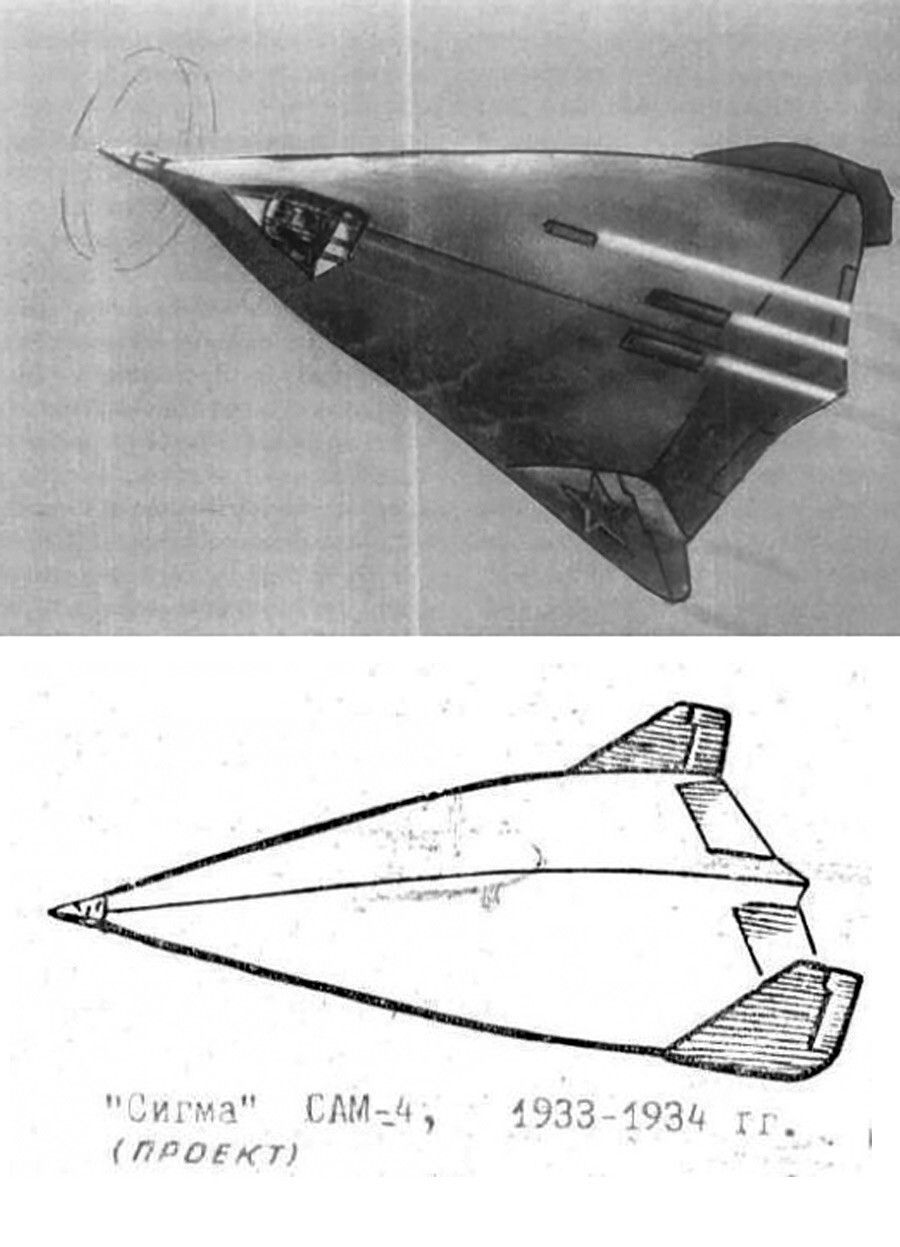 Soviet aircraft designer Alexandr Moskalev might have ruined his career with his love of radical solutions. A graduate of Leningrad State University, Moskalev embarked on a series of projects which might have been either ahead of their time or just too impractical to be realized.

Some of Moskalev’s airplanes were produced, but most of the aircraft designer’s projects remained just that - projects.

For example, his SAM-4 aircraft only survived in the form of a sketch. The airplane designed between 1933 and 1934 resembled the American twin-engine stealth aircraft F-117 ‘Nighthawk’ and the Northrop B-2 ‘Spirit’. However, it’s not known if the idea behind Moskalev’s design was similar to what the later stealth technology aspired to achieve.

The SAM-4 looks like a leaf and has two vertical stabilizers attached to the wingtips. For his time, Moskalev’s idea was arguably too radical: the designer planned to place two 760 hp engines in the wings of the aircraft. 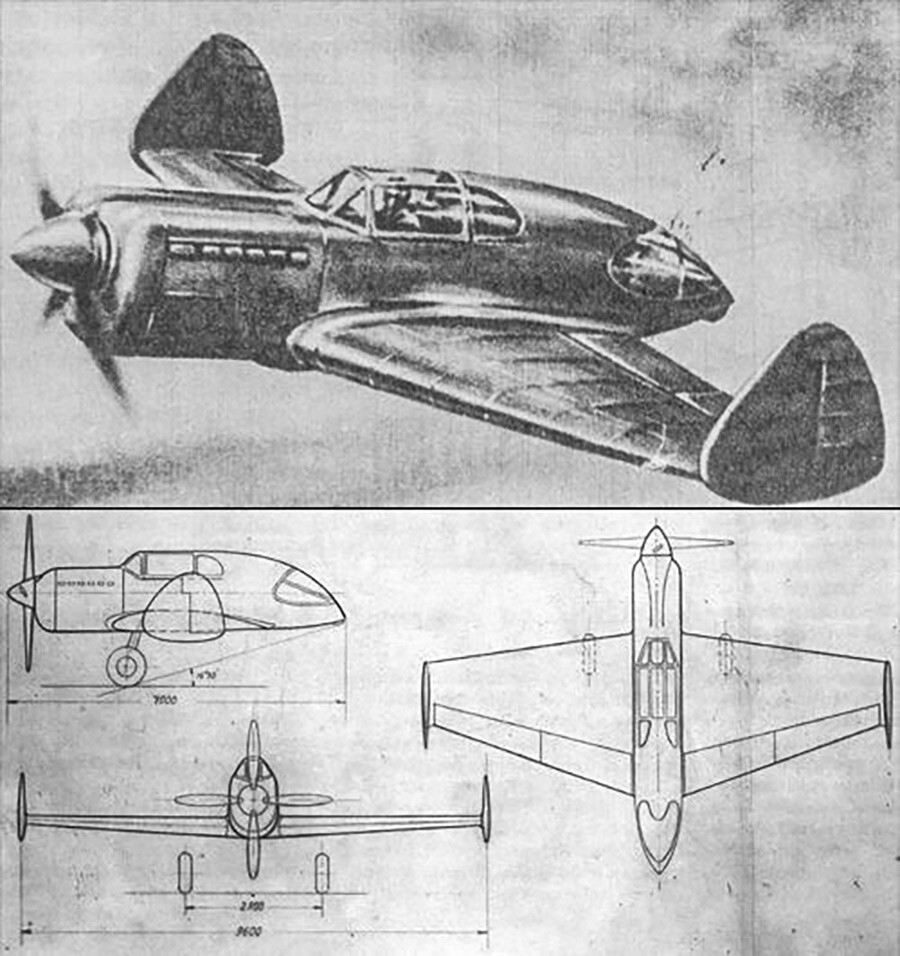 The ‘SAM’ acronym stands for samolet, a Russian word for an airplane. Most of Moskalev’s aircraft were branded as SAMs, regardless of whether they made it from paper to the sky.

Although the SAM-7 did not, it was, nonetheless, an interesting attempt at creating a promising war machine. The main feature of the SAM-7 was its ability to shoot both forward and backward, as its design provided space for a gunner in the tail section of the airplane, in addition to two 7.62-mm caliber machine guns mounted alongside the front engine.

SAM-7’s main feature was its relatively low weight – a mere 1,000 kg – and its arrow-shaped wings, atypical for Soviet airplanes of the 1930s.

The designer planned to equip this model with an 850 hp engine that should have, theoretically, allowed it to reach the speed of 600 km/h. However, the SAM-7 aircraft never even made it to the testing phase. 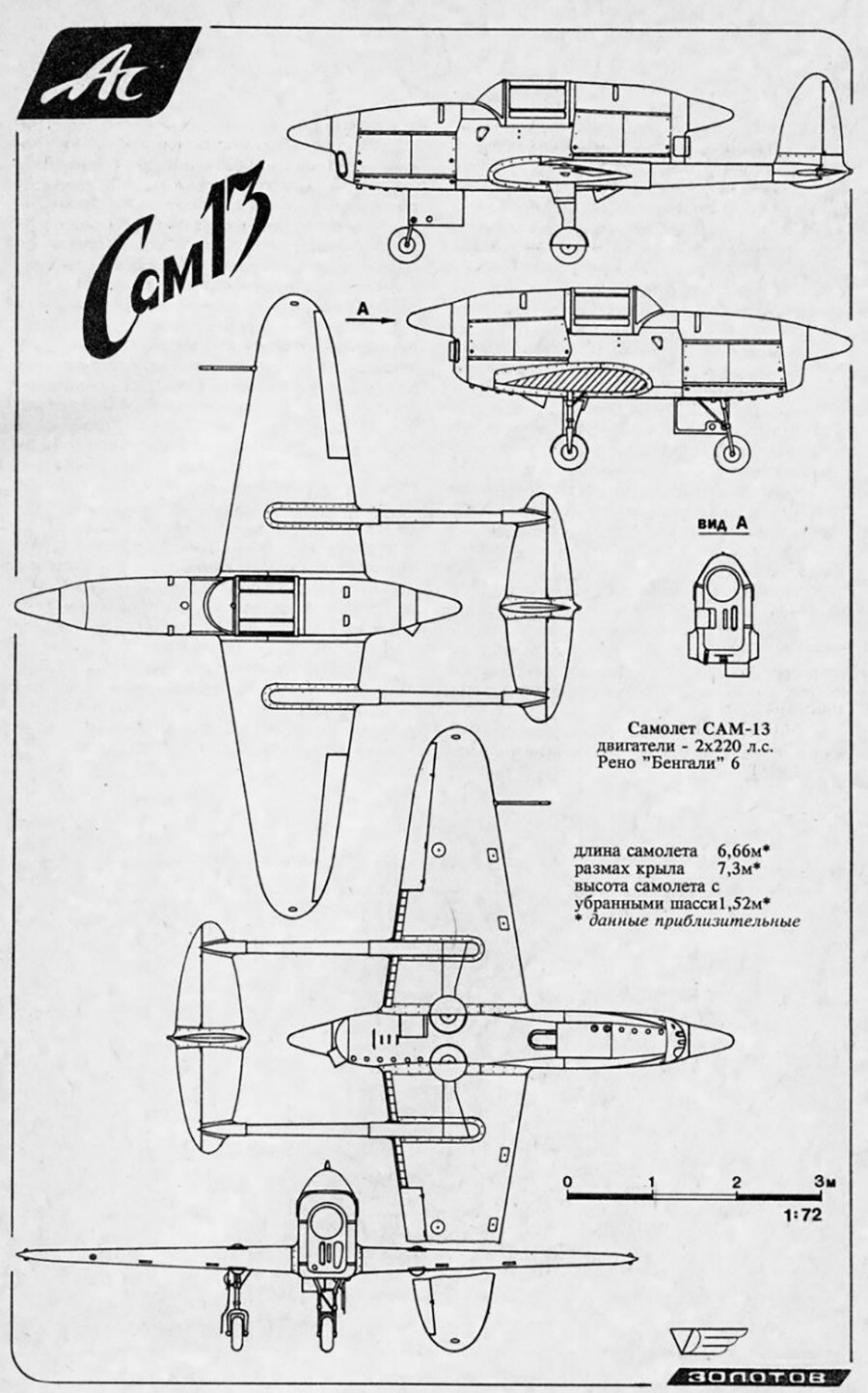 Moskalev attempted to design a new airplane in the early 1940s. His SAM-13 drew heavy influence from the Dutch Fokker D.XXIII.

The Russian airplane looked similar and was made of mostly wood. The model equipped with two 220 hp license-built Renault engines performed well during test flights. It reached a speed of 323 mph (520 km/h).

However, as World War II started, the Soviet leadership prioritized the building of established warplanes over experimental models. The SAM-13 prototype was destroyed by workers of the Gromov Flight Research Institute as the Nazi forces pushed closer to Moscow. 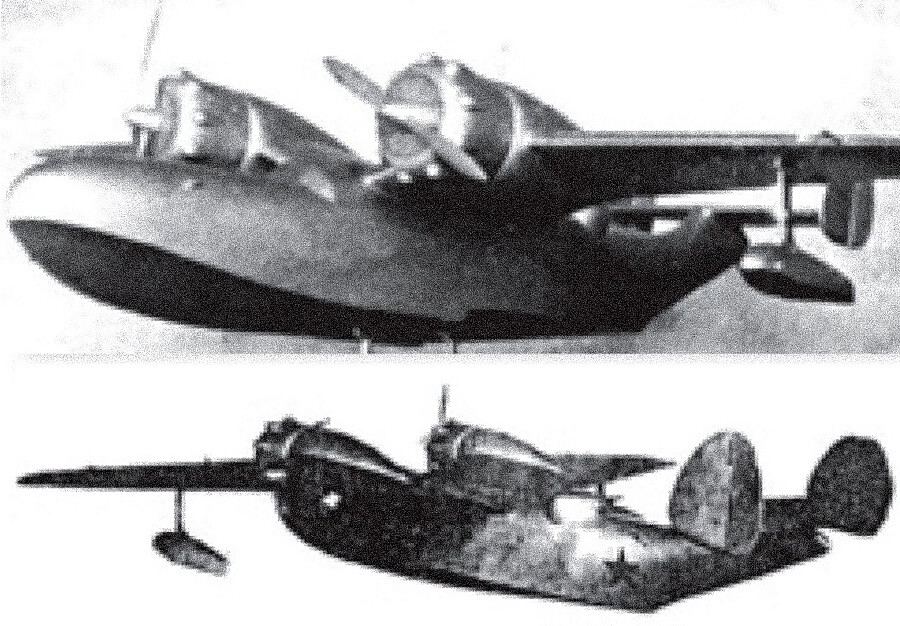 Besides warplanes, Moskalev also worked on a seaplane. Construction of the SAM-16, a prototype of a naval short-range reconnaissance aircraft, started just before the war in 1940.

Just as World War II killed Moskalev’s SAM-13, it also inhibited the production of the amphibious aircraft. Although it was almost ready for test flights by 1941, the prototype was never finalized, due to the war. 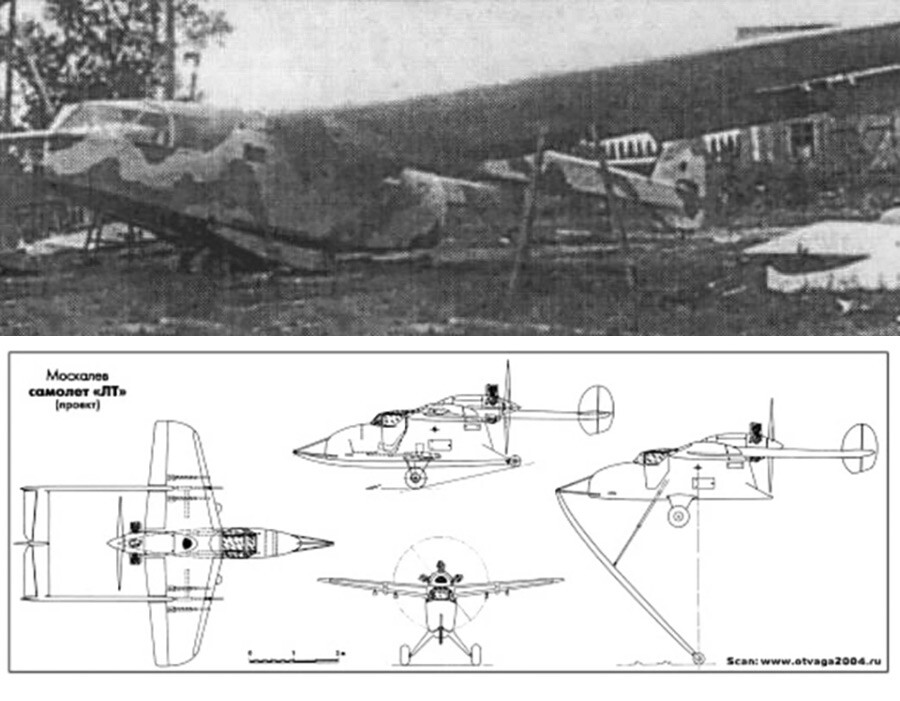 The SAM-23 existed only on paper, yet it was perhaps the most curious of Moskalev’s inventions. This ground attack aircraft was to be equipped with a single 150 hp engine and armed with two 20-mm cannons, two 7.62-mm machine guns and four air-to-ground missiles.

Yet, the peculiarity of this project was not its weaponry, but a highly unusual design of a landing gear. The tailwheel was attached to a series of rods protruding from the nose. The whole construction was meant to be movable. The most unusual thing about this plane was the way it was supposed to be used in combat.

This highly odd system was meant to allow the airplane to “glide” over the surface of the earth and attack the enemy from a height of only four or five meters. The movable rods and the tailwheel were designed to help the pilot track all the irregularities of the terrain by touching the ground with the tailwheel.

Needless to say, the project only survived on paper.