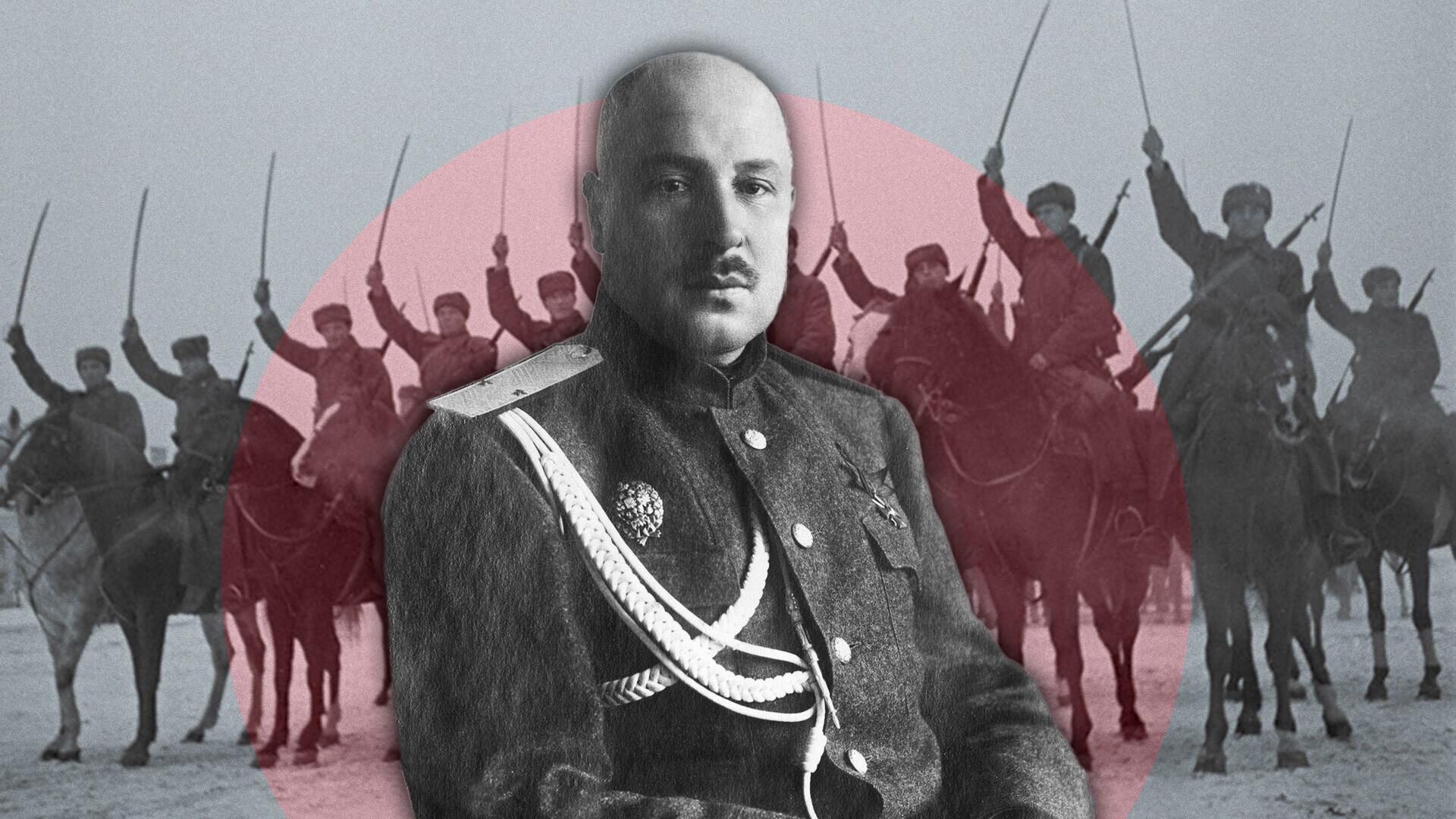 Russia Beyond (Photo: Archive photo; Arkady Shaikhet/russiainphoto.ru)
Pyotr Makhrov once fought desperately against the Bolsheviks. But then, he was ready to give his life for the Soviet Union.

On June 23, 1941, the second day after the Wehrmacht began its invasion of Soviet territory, Alexander Bogomolov, the Soviet envoy to Vichy France, received an unusual message from one of the local Russian émigrés: “The duty of a soldier obliges me to defend my homeland together with the Russian people. I ask you to petition the Soviet government for permission to return to Russia and to enlist me in the Red Army.”

There would be nothing special in this request, if not for two circumstances. First, at that time, the patriotic-minded volunteer was already 64 years old and, second, it was none other than General Pyotr Semenovich Makhrov - one of the main opponents of the Bolsheviks in the Civil War, who had held the highest post of the Armed Forces of South Russia (AFSR) - who wanted to join the army.

“He was an extremely capable, sensible and knowledgeable officer of the General Staff. Intelligence quick and flexible, very lively,” so Peter Vrangel, the commanding General of AFSR, characterized Pyotr Makhrov, adding: “He did not mind playing ‘democratism.’” 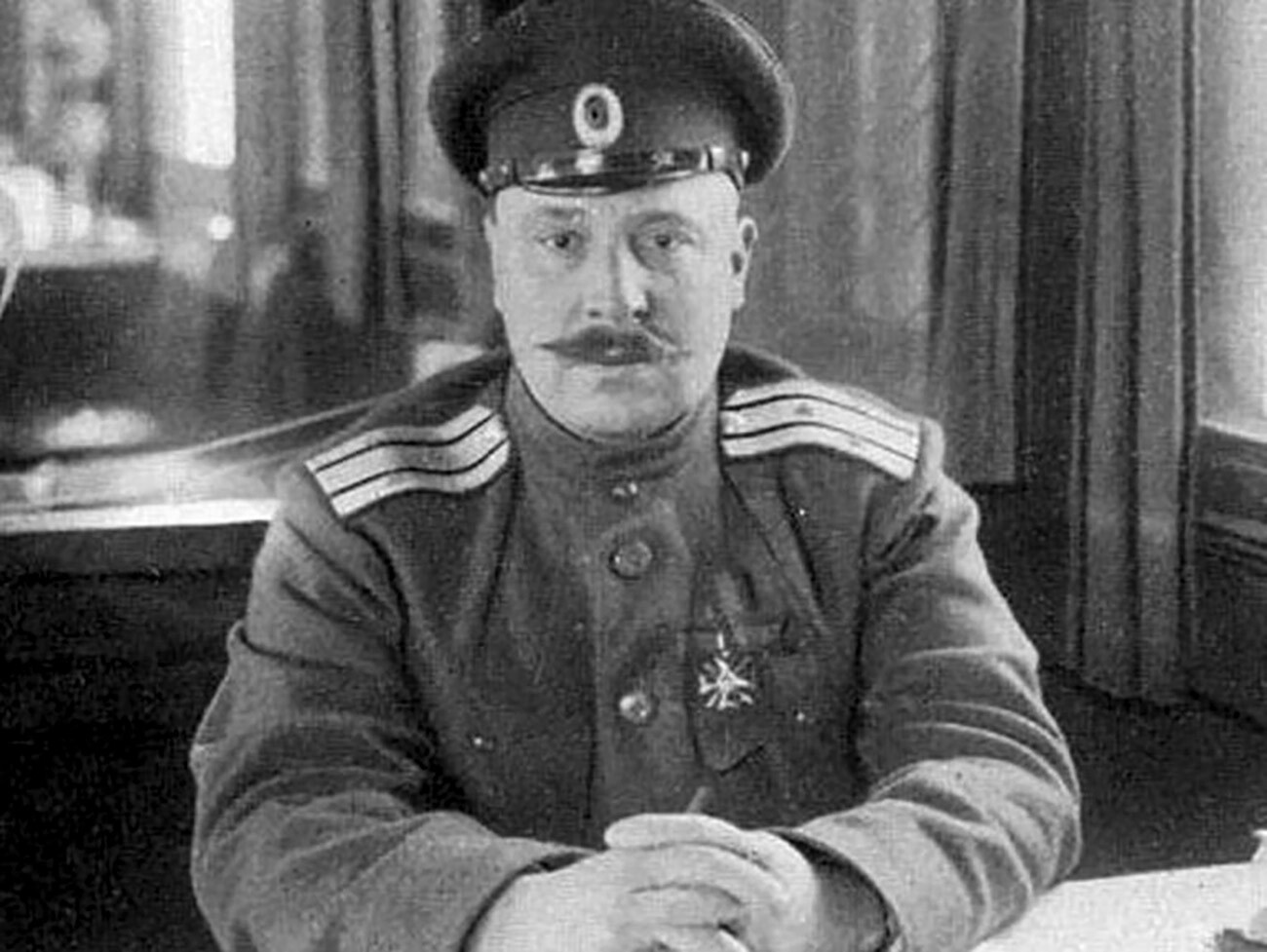 Makhrov continued to adhere to “democratism” and liberal views In France, where he moved after the defeat of the White Movement. In conversations with his friends, he said that he was very interested in socialism and read a lot about it. The general even suggested that the world would inevitably come to socialism in the future. However, he never became a communist.

The outbreak of Nazi Germany’s war against the Soviet Union divided the Russian émigré community in Europe. Some welcomed it with jubilation, wishing defeat to the long-time foe and dreaming of a “liberation” of the homeland by German hands. At the same time, some of them actively helped the Third Reich in this.

For the other part of the emigrants, to which Peter Semyonovich belonged, the German invasion was a real tragedy. “We must, first of all, be Russians,” asserted the general. “We must fight only the present Russian government, but not fight the Russian people, as it was during the Civil War… It is criminal to push young people into adventurist actions on the side of Russia’s enemies.” 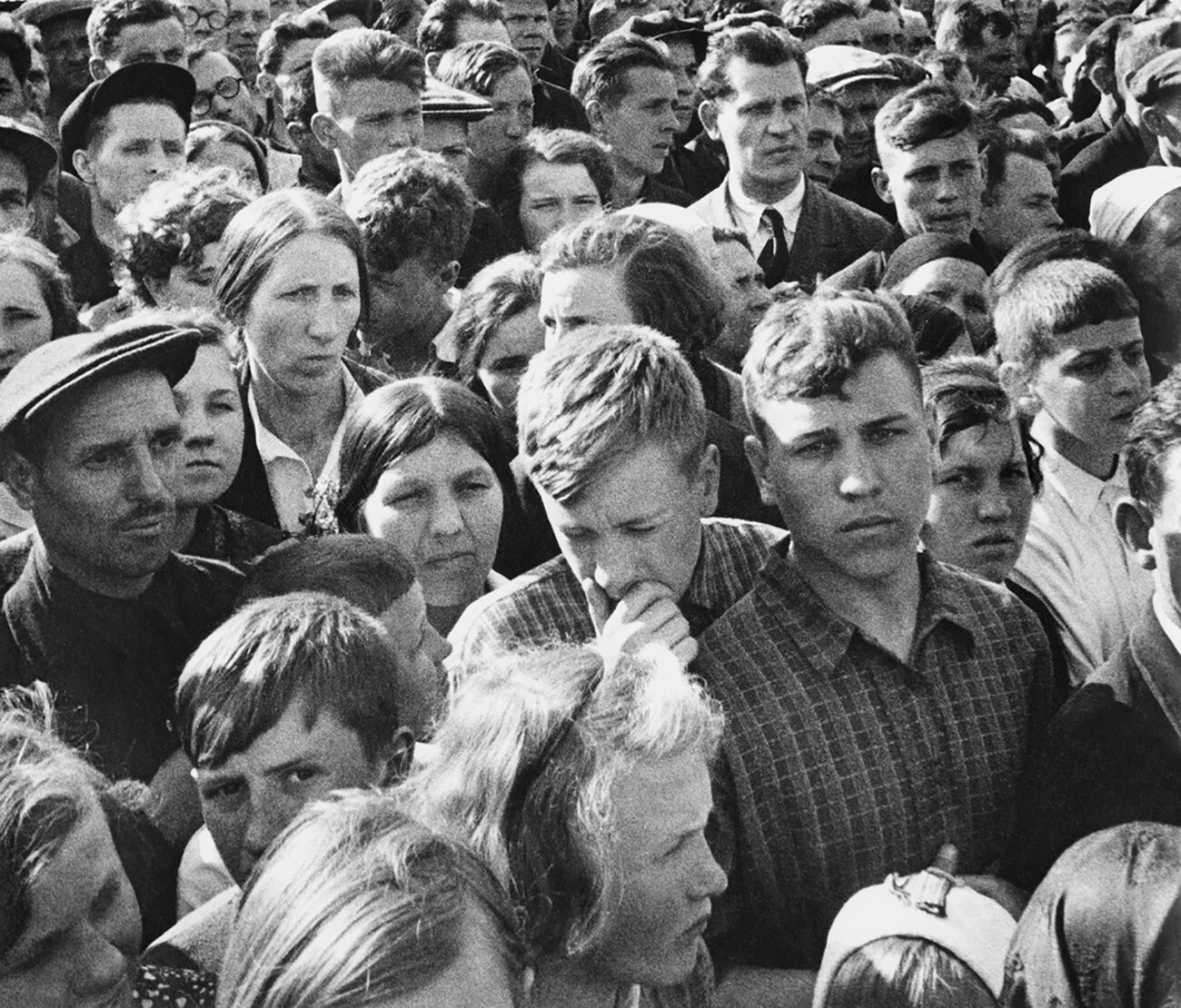 Soviet citizens listen to the announcement of the beginning of the war.

In a letter to an acquaintance, Makhrov confessed that the day the Germans declared war on Russia had affected him so strongly that he was ready to join the Red Army “at least as a private”.

Bogomolov did not respond in any way to the elderly general’s request - the Soviet diplomat had no time for it in those days. However, the patriotic impulse of Pyotr Semenovich was appreciated by the German counterintelligence.

The Germans intercepted letters from the former commander to his friends, in which he urged them not to cooperate with the Nazis, wrote that the Red Army would “destroy” the Wehrmacht and also mentioned his willingness to enter the ranks of the Soviet troops.

On August 19, 1941, French gendarmes came to the general’s apartment in Cannes with a warrant for his arrest. They did not know the reasons for his detention, noting in a whisper that “it was the work of the damned Boches”. 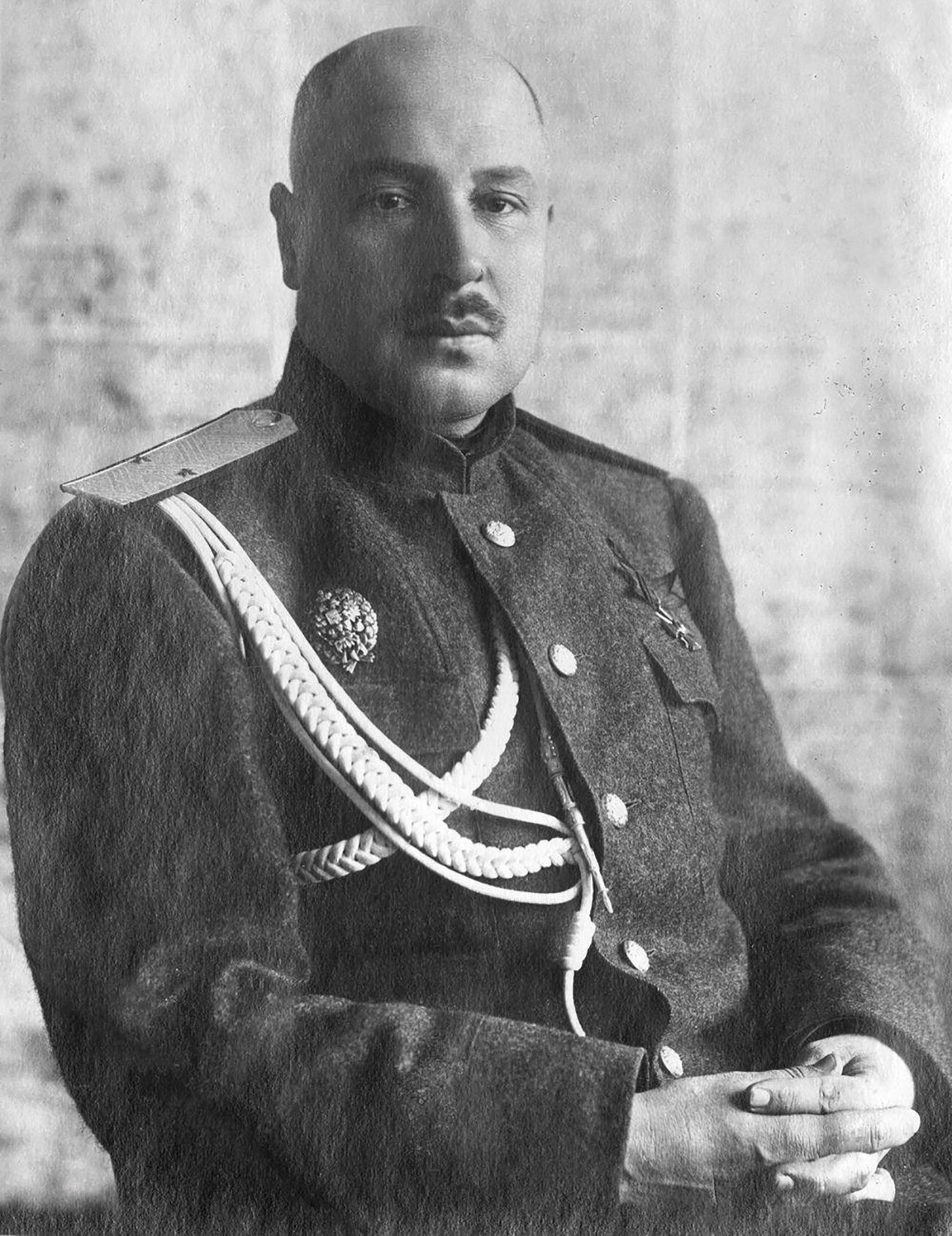 Pyotr Makhrov was sent to the city jail, after which he was transported to the concentration camp at Vernet d’Ariège, in the French Pyrenees on the border with Spain. For the elderly man, such a journey was an ordeal of the gravest kind.

Pyotr Semyonovich was saved from imminent death by Henri Albert Nissel, a retired French general living in Paris, whom he had met in Warsaw during the Civil War. Through his efforts, the exhausted Makhrov was set free on December 6, 1941.

The unsuccessful volunteer met with Alexander Bogomolov in February 1945. While apologizing that he could not react in any way to the letter from the former warlord at the time, the Soviet diplomat noted that he had forwarded it to Moscow, where it did not go unnoticed. 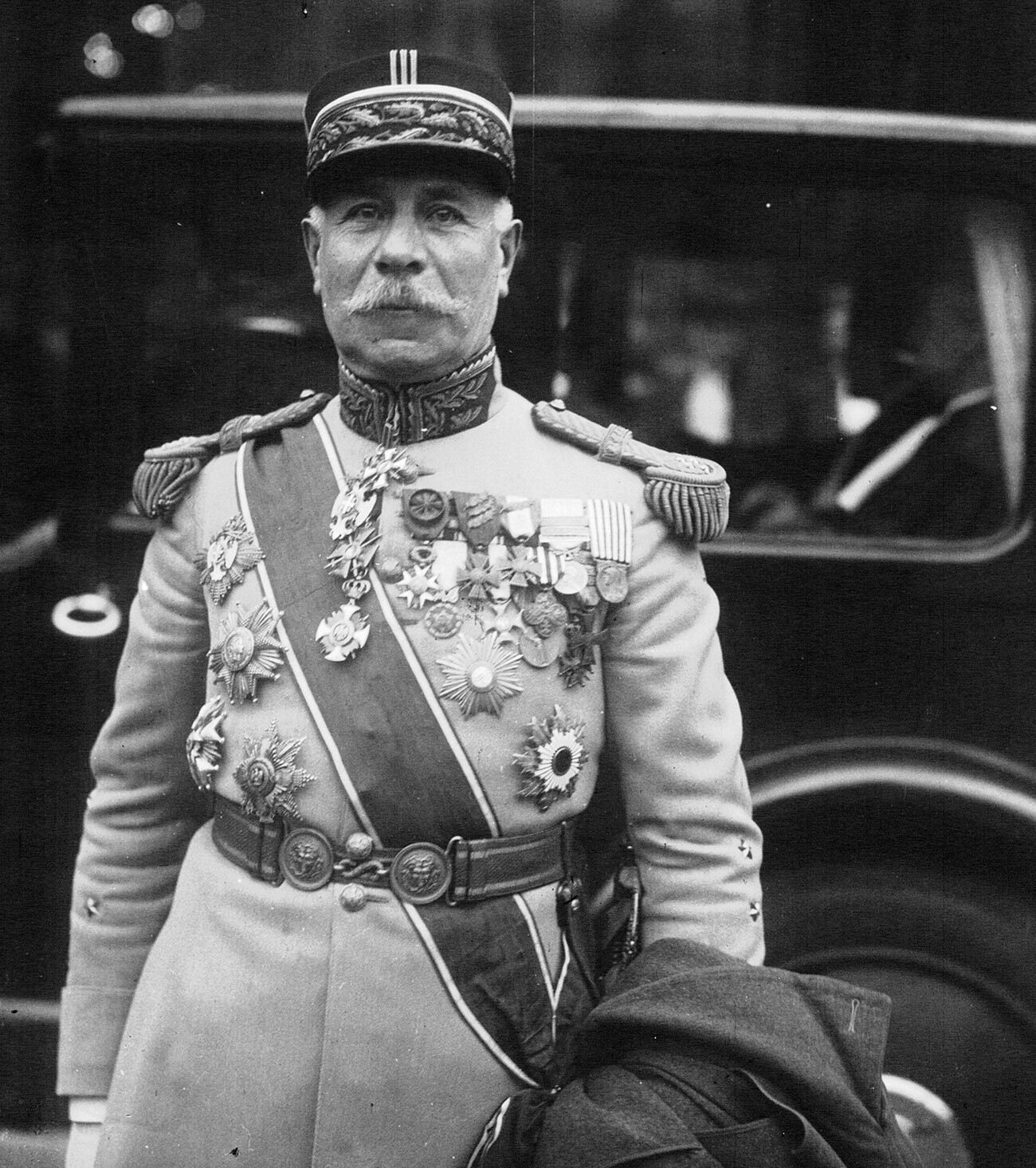 The touching request of the aged white general to enlist him in the Red Army played a significant role in the fact that, on June 14, 1946, a decree of the Presidium of the Supreme Soviet of the USSR was issued to restore the citizenship of the USSR of former subjects of the Russian Empire and the loss of Soviet citizenship, who lived in France.

Pyotr Semenovich received a Soviet passport, but at the attempt to extend it for the next year he, for some unknown reason, was denied. To his great regret, General Makhrov was unable to return to the Soviet Union and died in 1964 in Cannes at the age of 87.