How the most fearless Soviet female parachutist crashed 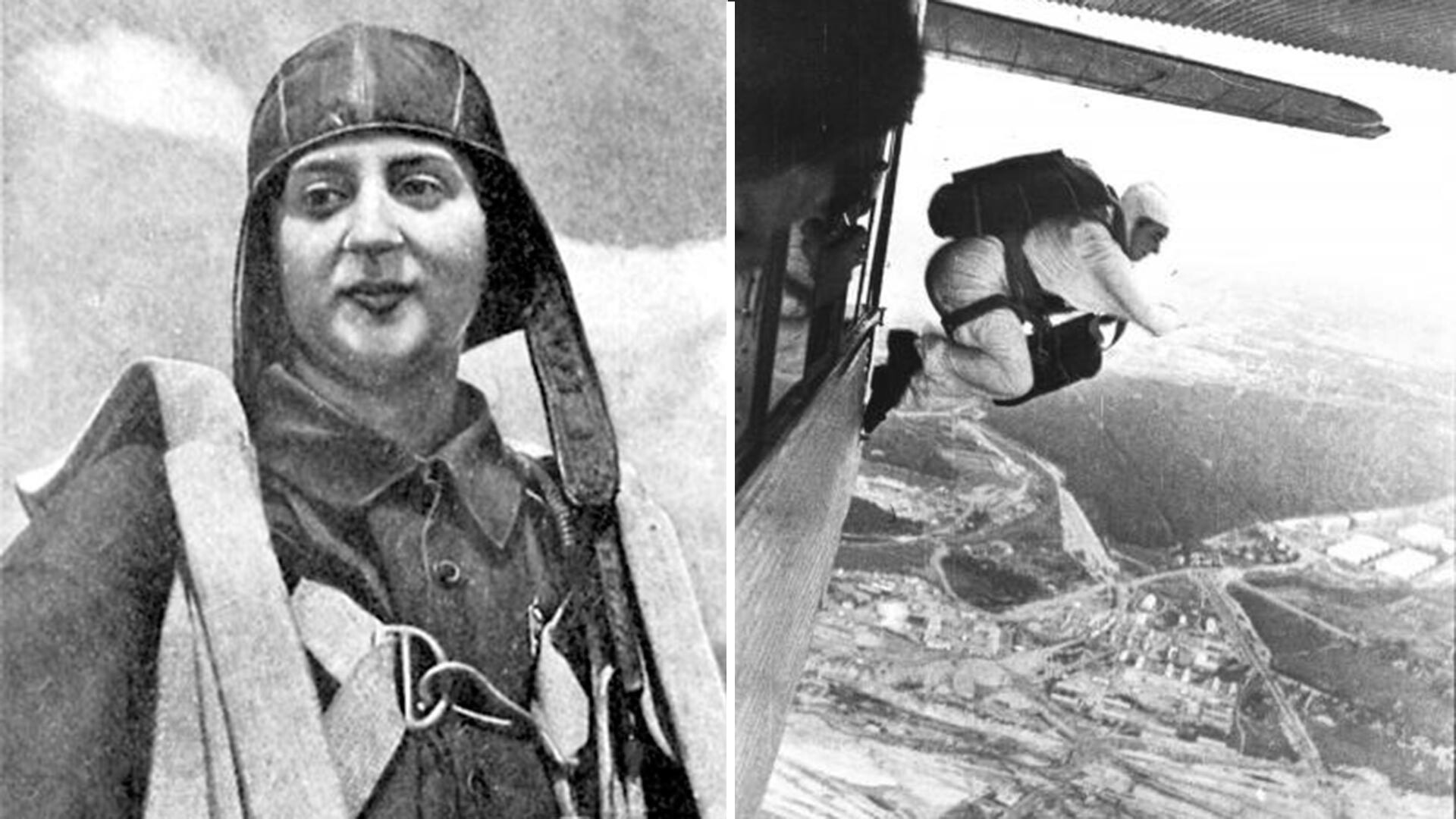 Archive photo; Georgy Lipskerov/МАММ/МDF/russiainphoto.ru
Lyubov Berlin called the day she met Stalin the best day of her life. She wanted very much to surprise the ‘Father of Nations’ and paid for it with her life.

“They say I’m brave. Walking late at night, I am not the slightest bit afraid. I have never been afraid of water. In any unfamiliar place I can jump and swim.” So wrote about herself Lyubov Berlin - one of the best Soviet parachutists and probably the most fearless among them. 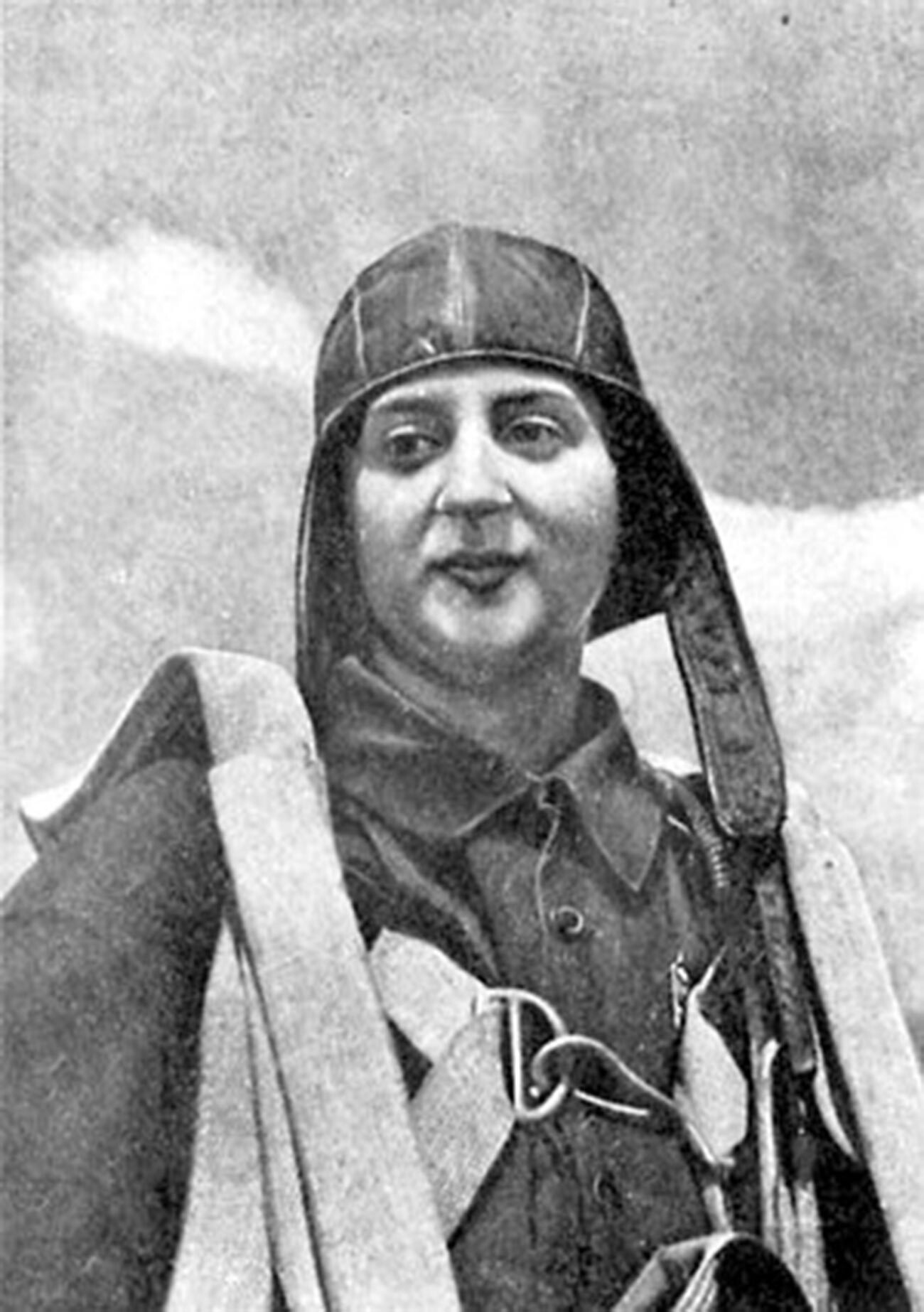 Ever since Lyuba made her first parachute jump at the age of seventeen, the sky had been her second home. Working as a typesetter at the ‘Pravda’ (“Truth”) newspaper, she spent all her free time at the airfield.

Not once during her jumps, Berlin was on the brink of death, due to miscalculations or a sudden change in weather conditions: she landed in trees or on roofs and once even got caught in the lines on the roof of a high-rise building - the athlete was saved by firefighters, pulling her through an open window. Nevertheless, she fearlessly took to the skies again and again.

In 1935, Lubov became the first woman in the global parachuting sport to jump from a glider. “The difficulty of jumping out of a glider is that you have to get out very carefully,” Berlin recalled: “If you’re worried, you’re bound to do something wrong. Every move has to be perfectly timed.” 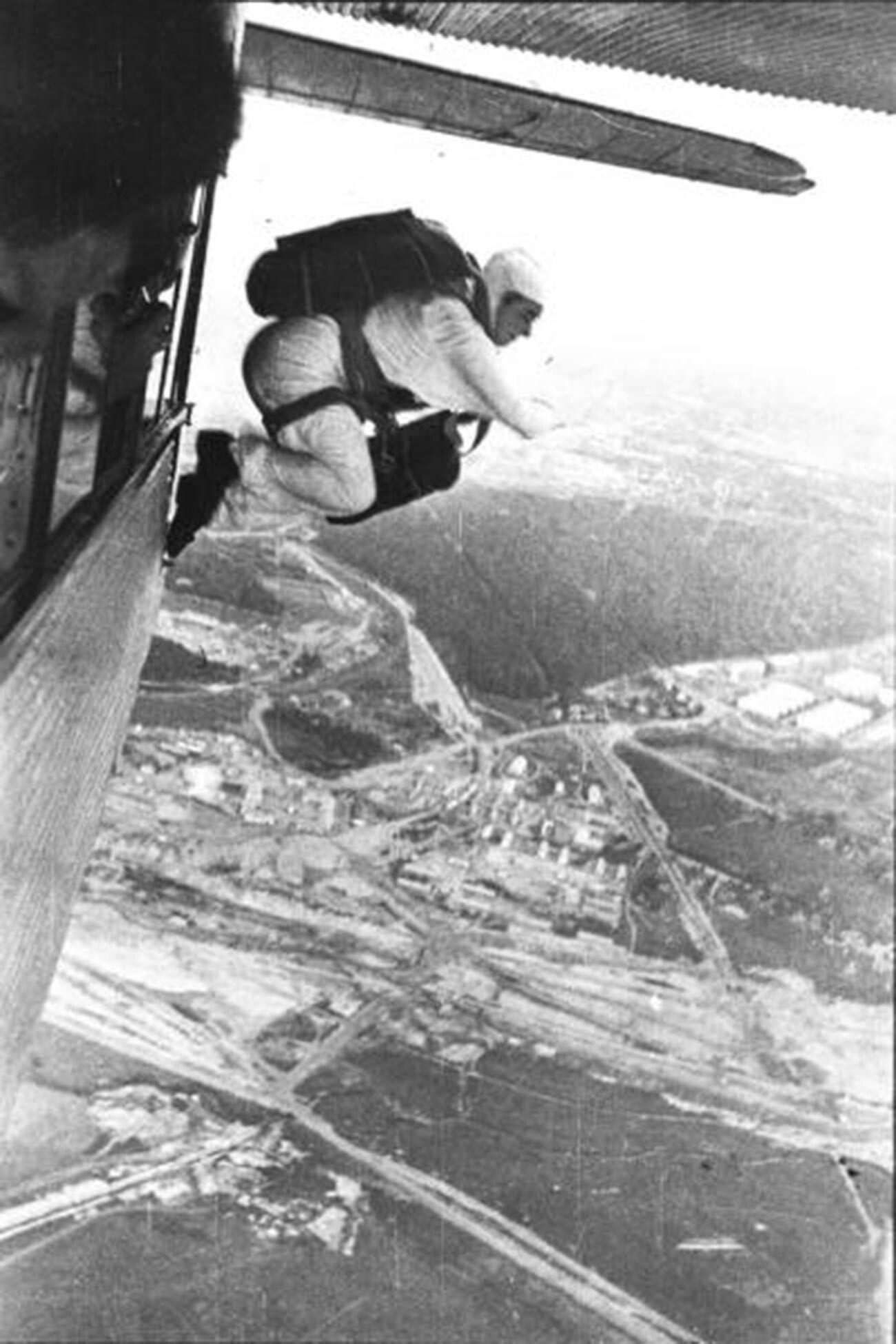 Lyuba Berlin's jump from the "Pravda" airplane at the Tushino air festival.

Berlin’s most favorite dives were the long jumps she practiced from 3,000 and 5,000 meters. The parachute did not open immediately after leaving the plane and had to be toggled manually after a short free fall. It was a very dangerous occupation, because the accelerating athlete, having waited too long, ran the risk of spinning and, having lost the ability to orient themselves in space, could fall to the ground like a stone.

A promise to Stalin

Lyubov Berlin was an amazing success story in Soviet parachuting. She became a true master of her craft, developed new techniques of making jumps and teaching them to her students.

The name of the famous athlete did not leave the pages of newspapers and, of course, the Kremlin also caught word of her. In the fall of 1935, Lyuba had a chance to meet the members of the Soviet government and the ‘Father of Nations’ Joseph Stalin himself during their visit to the Central Aero Club in Moscow. 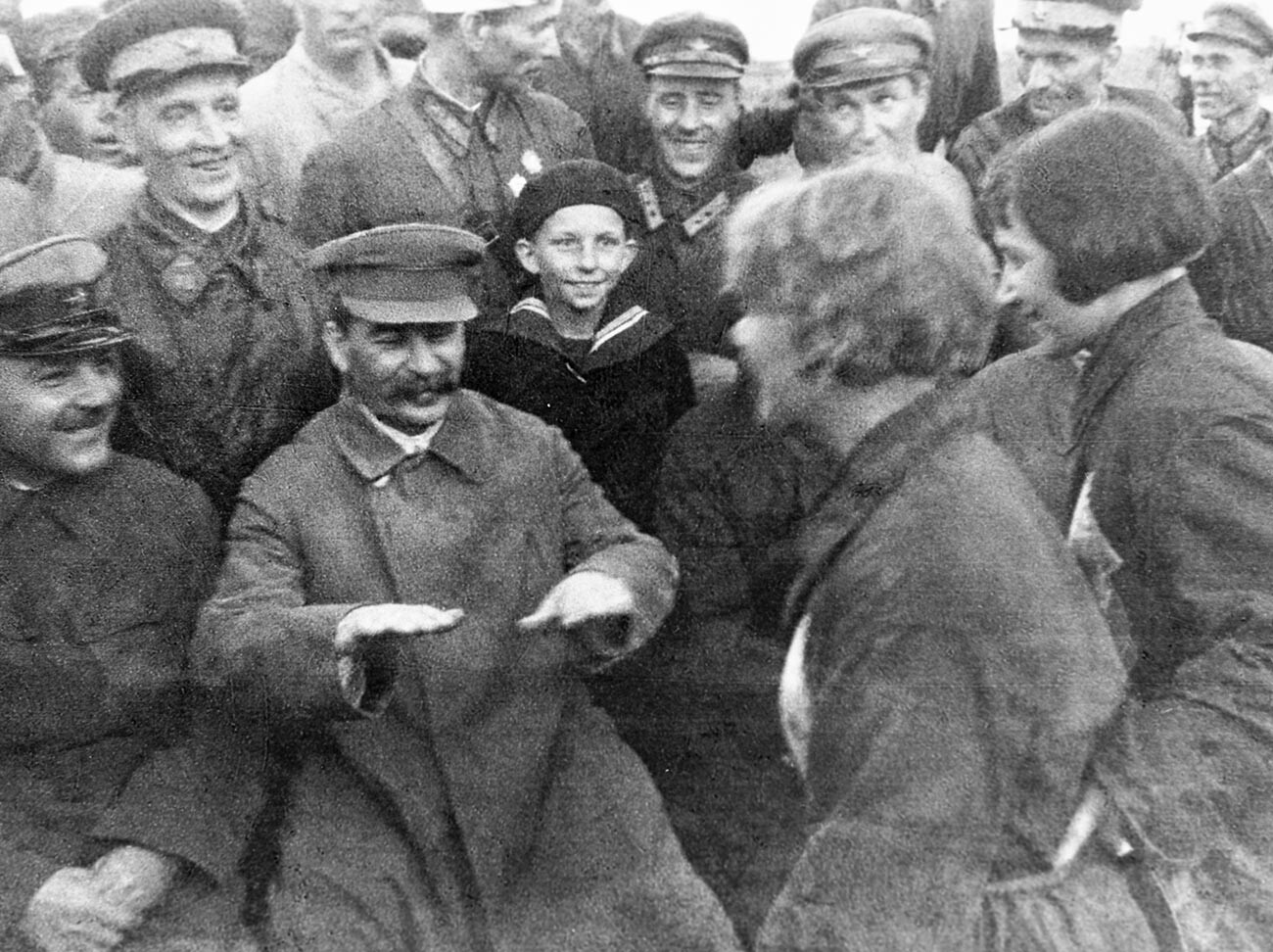 “I always remember that day as the happiest in my life,” the parachutist claimed: “When Comrade Stalin shook my hand, I was very embarrassed. But the soft look of the leader, his tender, fatherly smile immediately removed all anxiety.”

It was then that the enchanted Lyuba promised to set a new record for the leader. An attempt to do so would cost her her life.

On March 26, 1936, Lyubov Berlin arrived at the Lyubertsy airfield with her colleague Tamara Ivanova, whom she called her ‘parachute sister’. The girls were in a great mood, laughing a lot and joking.

Their task was to jump from 5,000 meters, fall for 80 seconds and reveal themselves at 1,000 meters. However, to all appearances, the athletes hoped for more. 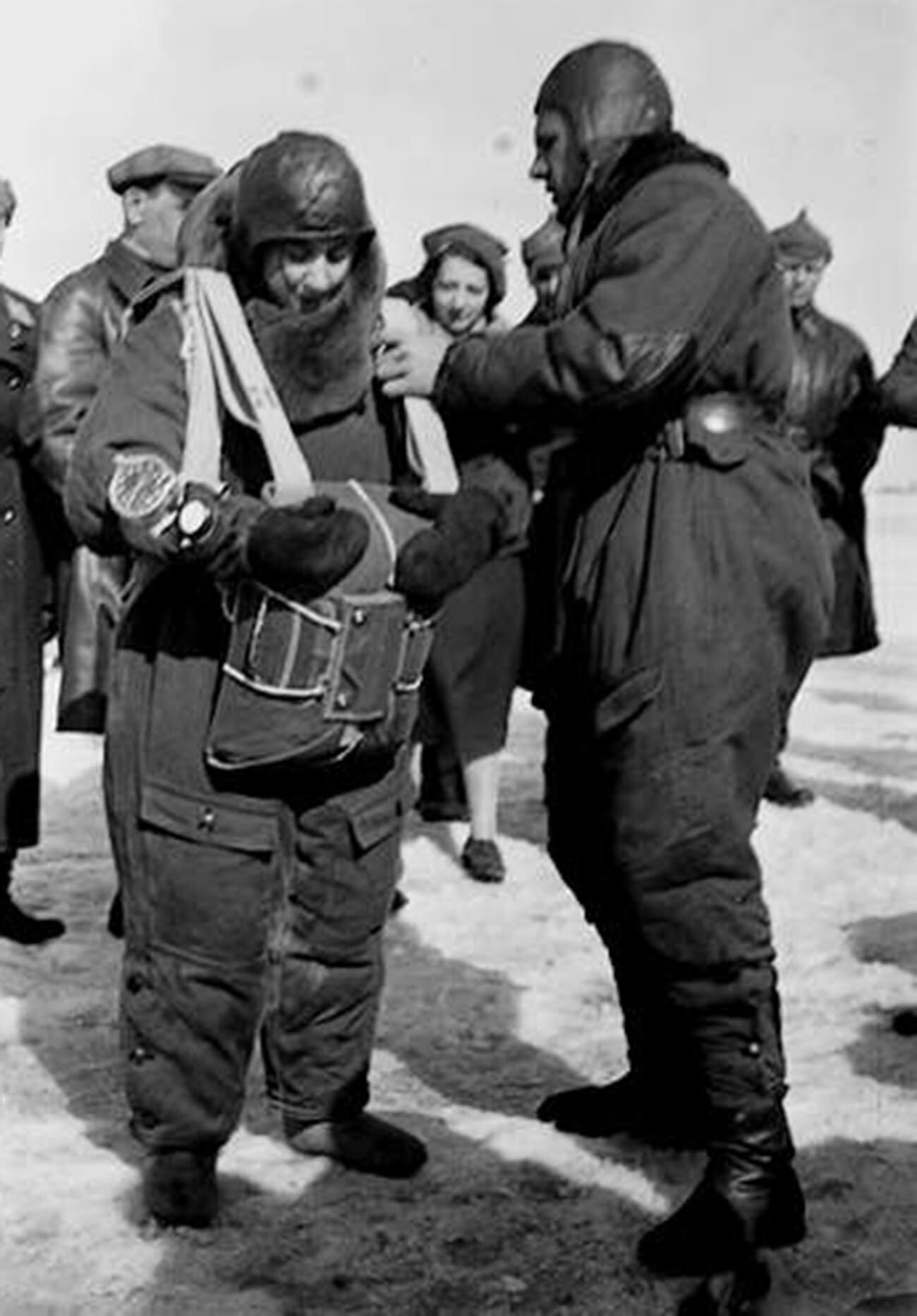 Lyubov Berlin before her last jump.

Correspondent of ‘Red Sport’ newspaper Lazar Brontman, who was present at the airfield, wrote in his diary: “Later, photographers recalled that, after getting into the plane, Ivanova laughed merrily and shouted: ‘Further than 100 meters I will not unfold!’ (if that’s true, then obviously the basis was that Kamneva would open at 250 meters from the ground, Yevseev at 200, Yevdokimov at 150).”

Berlin, for her part, stated: “This will be my 50th jump - a record and an anniversary in one.” A mutual acquaintance passed on her request to help her write a letter to Stalin after the flight to Brontman, stating that the promise had been fulfilled.

The plane with the athletes took off into the sky, but the audience never saw the parachutes in the sky. Soon the bodies of Berlin and Ivanova, lying 400 meters from each other, with parachutes half-opened, were found in a snow-covered field. The medical examination showed that almost all of Lyuba’s bones were broken, as well as all of Tamara’s ribs. 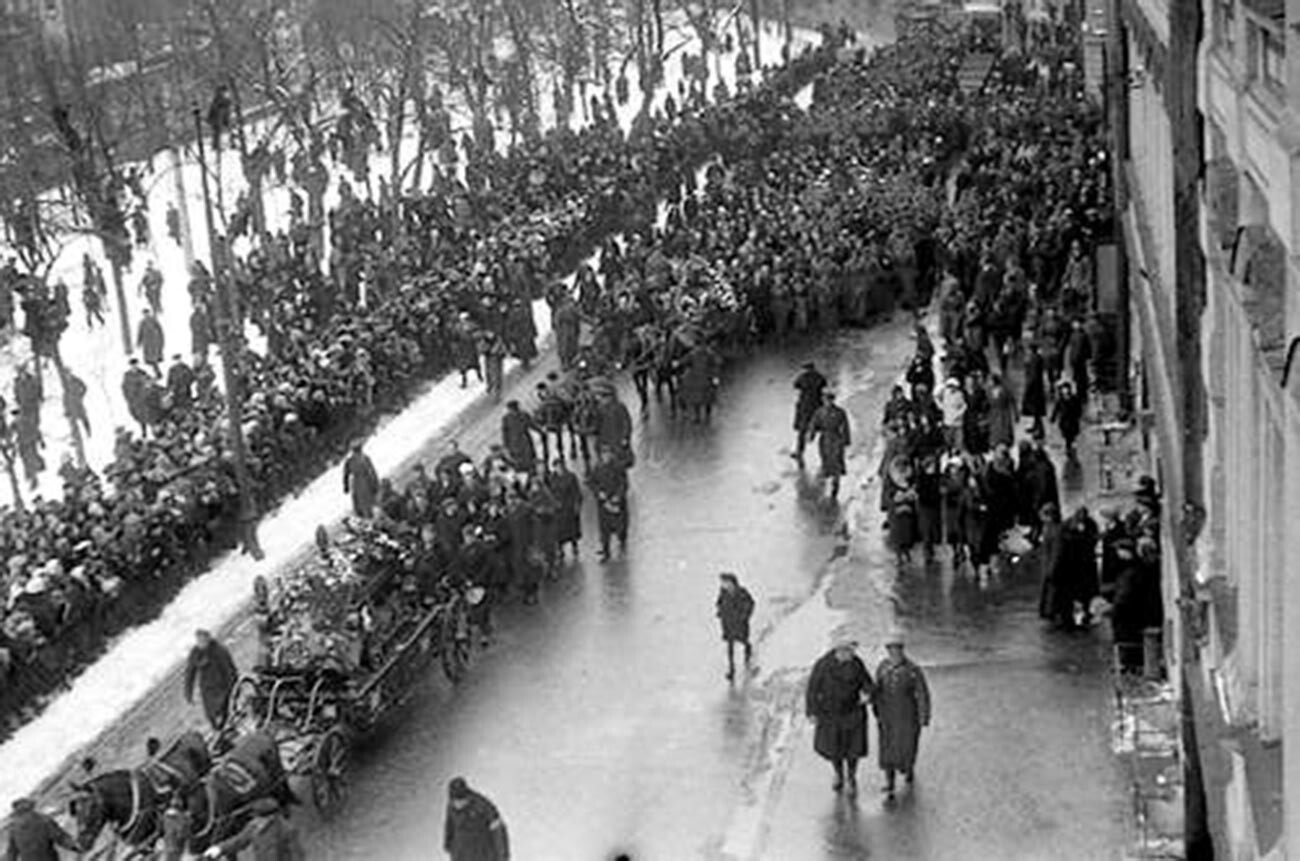 Ivanova’s surviving stopwatch showed 91.7 seconds. For reasons that remain unknown, she pulled the parachute release ring almost 12 seconds after the scheduled time, only 200 meters above the ground.

A farewell ceremony for the parachutists in the House of Printing in Moscow was attended by a few thousand people on March 29. Stalin never showed up.