This sly Soviet criminal seduced an investigator to escape from prison 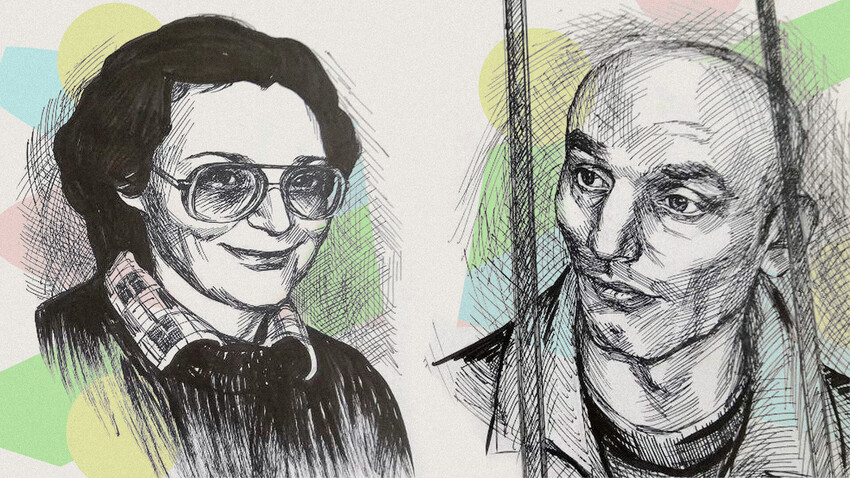 Russia Beyond (Photo: From the archive of Vladimir Georgiev)
Their story – dubbed the ‘prison romance’ – shocked the Soviet public and inspired a movie.

On May 3, 1991, the security guards of the notorious Kresty prison in St. Petersburg were scheduled to transfer repeat offender, recidivist, thief and murderer Sergei Maduyev to another place of confinement. As the prisoner and the escort moved down the hall, Maduyev revealed a Nagant revolver and shot an officer.

A later investigation uncovered a disturbing truth: the gun was passed to the inmate by a female investigator, who had become romantically involved with the criminal.

Sergei Maduyev’s criminal career might have been predetermined. Having both parents incarcerated in the Kazakh Soviet Republic, Maduyev was born in confinement in 1956.

Maduyev then started stealing as a child and received his first juvenile sentence of six years in 1974. In the criminal circles, he quickly earned an image of a troublemaker who was always ready to resort to violence. 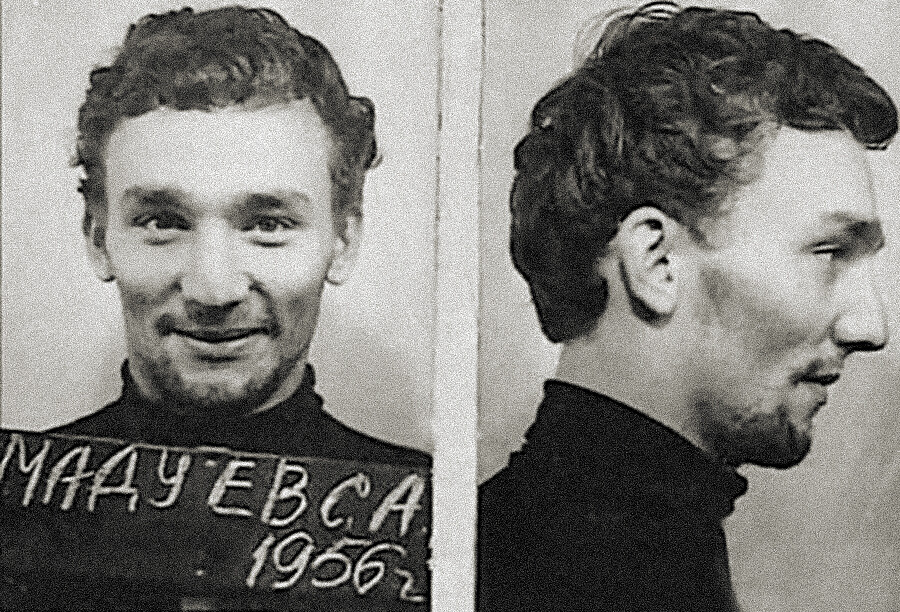 Maduev immidiately after his detention.

After the prisoner broke loose and escaped from prison, a wave of robberies, bulgraries, and murders swept through the USSR.

Paradoxically, Maduyev’s raids were characterized as extremely violent at times and, at other times, merciful. Reports about a thief who let his victim go as he learned she was pregnant or stopped a fellow criminal who intended to rape a woman mixed with other reports where the same thief mercilessly killed a family of three with their newborn child and his other victims.

One representative episode explained a lot about Maduyev’s impulsive personality.

“Maduev handed down the death sentence to the doorman of a Leningrad cafe with whom he had an argument, because the latter forced him to remove his coat. The criminal listened silently to the doorman’s insults, then calmly asked, ‘Are you done?’ The next second he pulled out his revolver and shot [the doorman] in front of a dozen people. Turning around, Maduev mockingly said to the establishment’s stunned guests, ‘Anybody else want one?’” 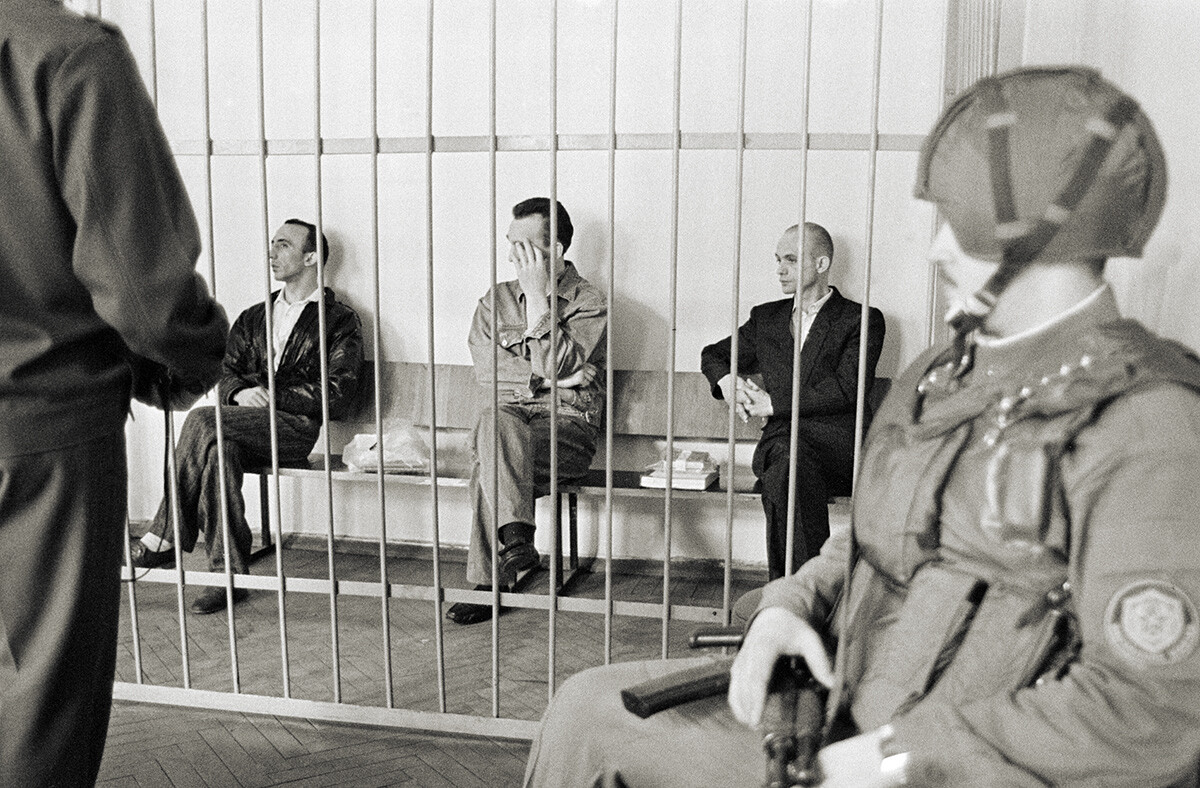 The trial Maduev and other criminals in 1994 St. Petersburg.

It took years to finally end Maduyev’s violent spree and finally arrest him in 1991 at a train station in Tashkent, the capital of Uzbek SSR. The criminal was then transferred to St. Petersburg for an investigation. There, he made his final dramatic attempt to evade justice.

Natalia Vorontsova was the only female member of the prosecution in Maduyev’s case. Before her encounter with the notorious criminal and her subsequent fatal mistake, Vorontsova had a reputation of a hard working professional with a knack for investigations. She had a few convictions behind her back and by no means she was a novice.

However, Maduyev’s strong charisma proved too hard to resist. 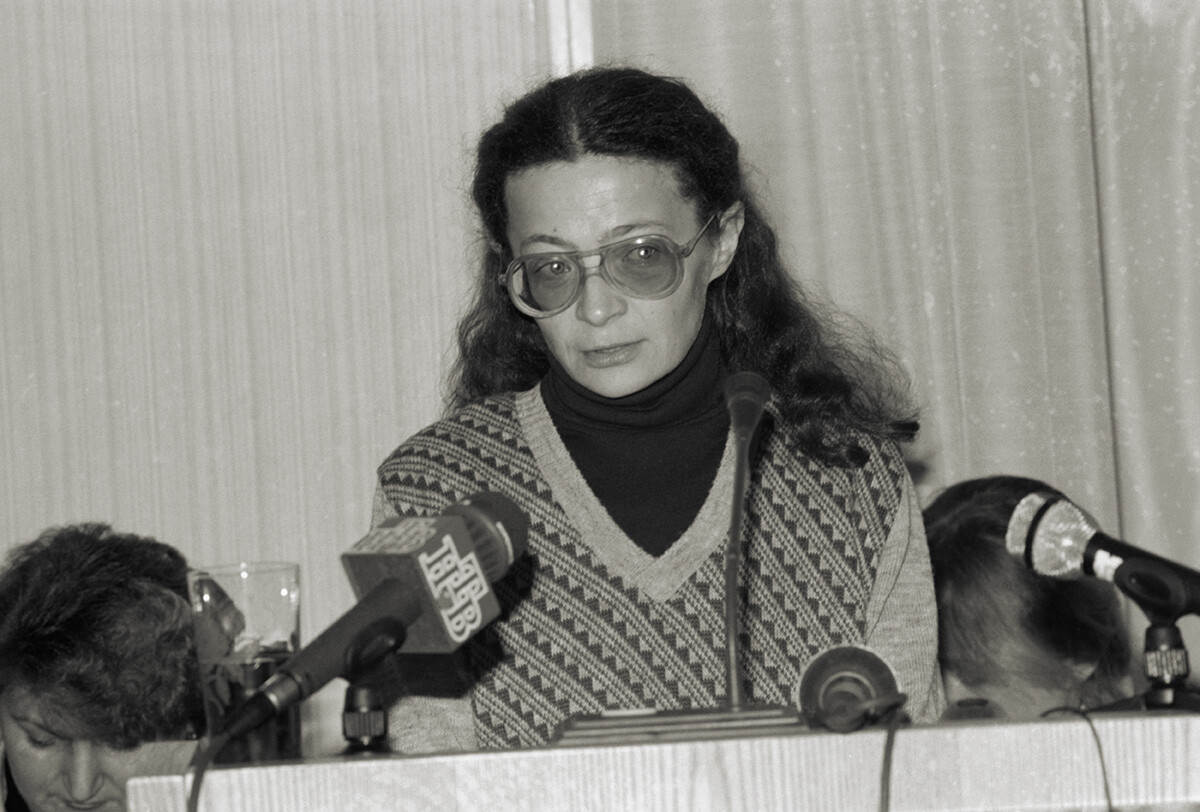 Even the male members of the prosecution admitted that Maduyev possessed a strong charismatic personality which helped him win people over, even if they were his accusers demanding a death sentence.

“Even the head of the investigation group admitted that he has a weakness for Maduyev. He saw him not as much as a criminal, but as an easy-going and charismatic person,” claimed a popular YouTube documentary. 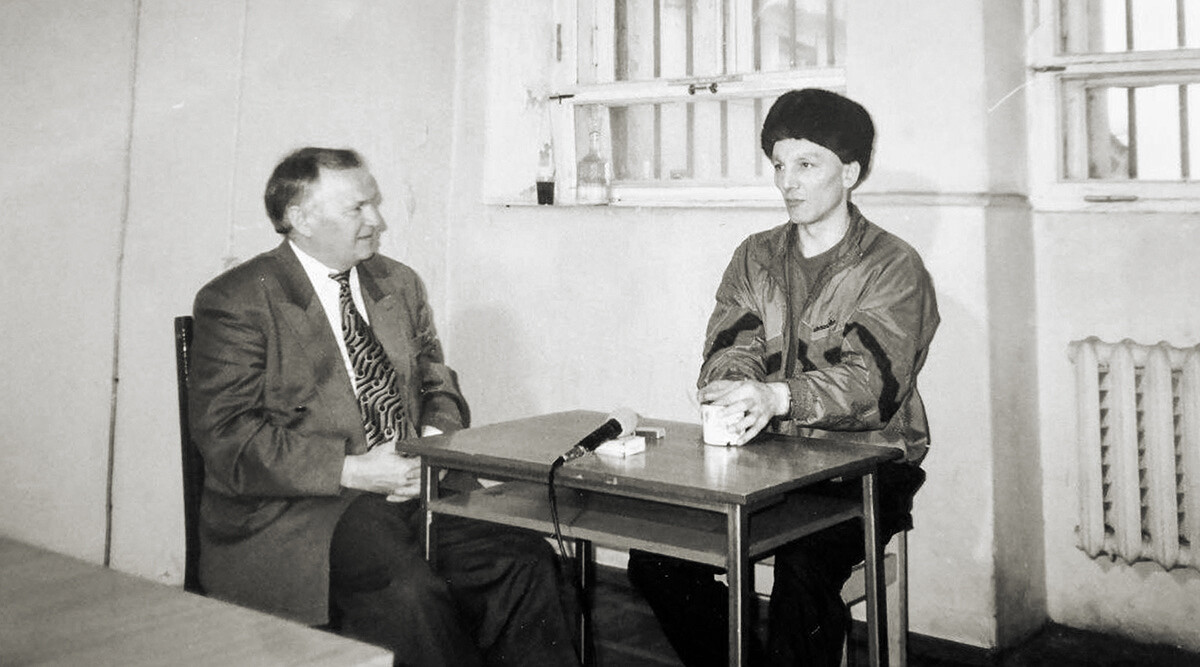 From the archive of Vladimir Georgiev

Maduyev was facing a death sentence and he started probing and exploring all options to evade justice available to him. Apparently, using his charms to seduce the female member of the prosecution team was his last straw to clutch on. And he did just that.

“It seems to me that if a person is in love, he [or she] is capable of miracles. You see, I asked myself post factum whether I was a victim of his scheme [designed] to just run away. I can’t answer that question on his behalf. Honestly, if fate had brought us together, I would have done everything I could to keep him from following the same path. I don’t know whether I would have been able to do that but, in principle, I am a very faithful person and if I had to wait for him for 15 years, I probably would have waited. If I knew that he needed me I would wait,” Vorontsova was quoted as saying years later, after she had been convicted for assisting Maduyev in his attempt to break free. 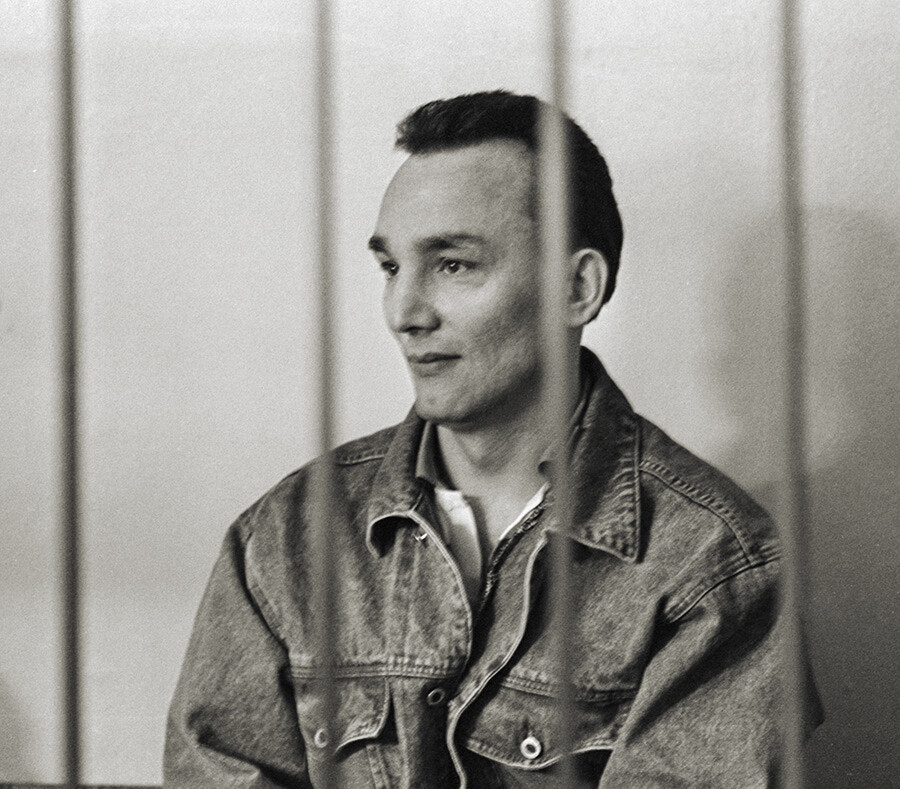 It so follows that, eventually, Maduyev was able to win Vorontsova over, making her doubt if he had really committed some of the crimes that he was charged with. The female investigator fell for the sly criminal and smuggled a revolver into his prison cell.

On May 3, 1991, Maduyev used the gun to shoot an escort officer in the stomach, but was soon disarmed and apprehended. His failed escape attempt ensured the investigators that there was a double agent among their ranks. 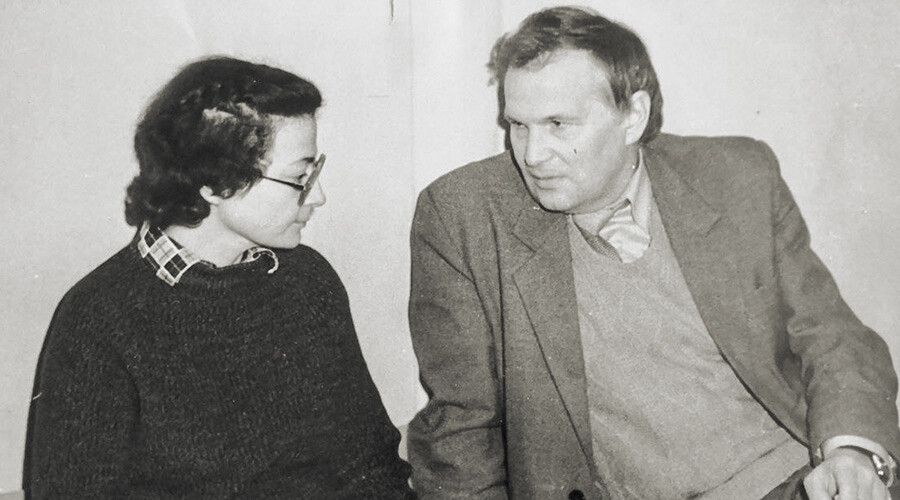 KGB Colonel Vladimir Georgiev, who was assigned to look into the escape case, right, and Natalia Vorontsova, left.

The investigators quickly figured Vorontsova was the only sound suspect and mounted hidden cameras and microphones to the interrogation room only to see the officer embracing the criminal in a passionate kiss when she thought they were alone.

Vorontsova was arrested and subsequently received a prison sentence of seven years.

Ironically, Vorontsova’s sacrifice did not go in vain, despite Maduyev’s failure to escape. The surprising attempt to break free complicated the case for the prosecution and allowed the criminal to drag it to the point when the Soviet Union collapsed and the new Russian government introduced a moratorium on the death penalty.

The criminal escaped death by firing squad and continued living in confinement until he died from natural causes.

During one of the many interrogations, he said: “What about Vorontsova? She’s just like everyone else. She also wants to eat, wants to live well and wants happiness in her personal life. You can earn anyone’s trust. I took advantage of Vorontsova’s feelings, but, in my position, there was no choice.”

Click here to find out everything about the Russian prison caste system.