Did the Russian Emperor have a love affair with Napoleon’s wife? 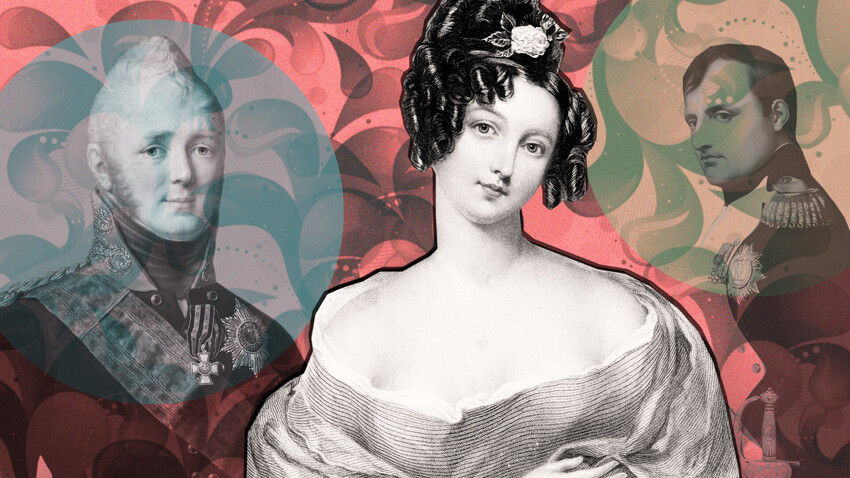 Russia Beyond (Photo: Stepan Shchukin; Henry Thomas Rayall; Paul Delaroche)
There was also a rumor that this secret relationship eventually led to her death.

Emperor Alexander of Russia (1777-1825) had a long-lasting and troubled relationship with his arch-nemesis, Napoleon Bonaparte. Napoleon asked for the hand of both of Alexander’s sisters, but was met with a cold refusal. But could Alexander and Napoleon’s wife, Joséphine de Beauharnais, meanwhile, have been having a love affair – or at least been planning a big political game together?

In love with the greats 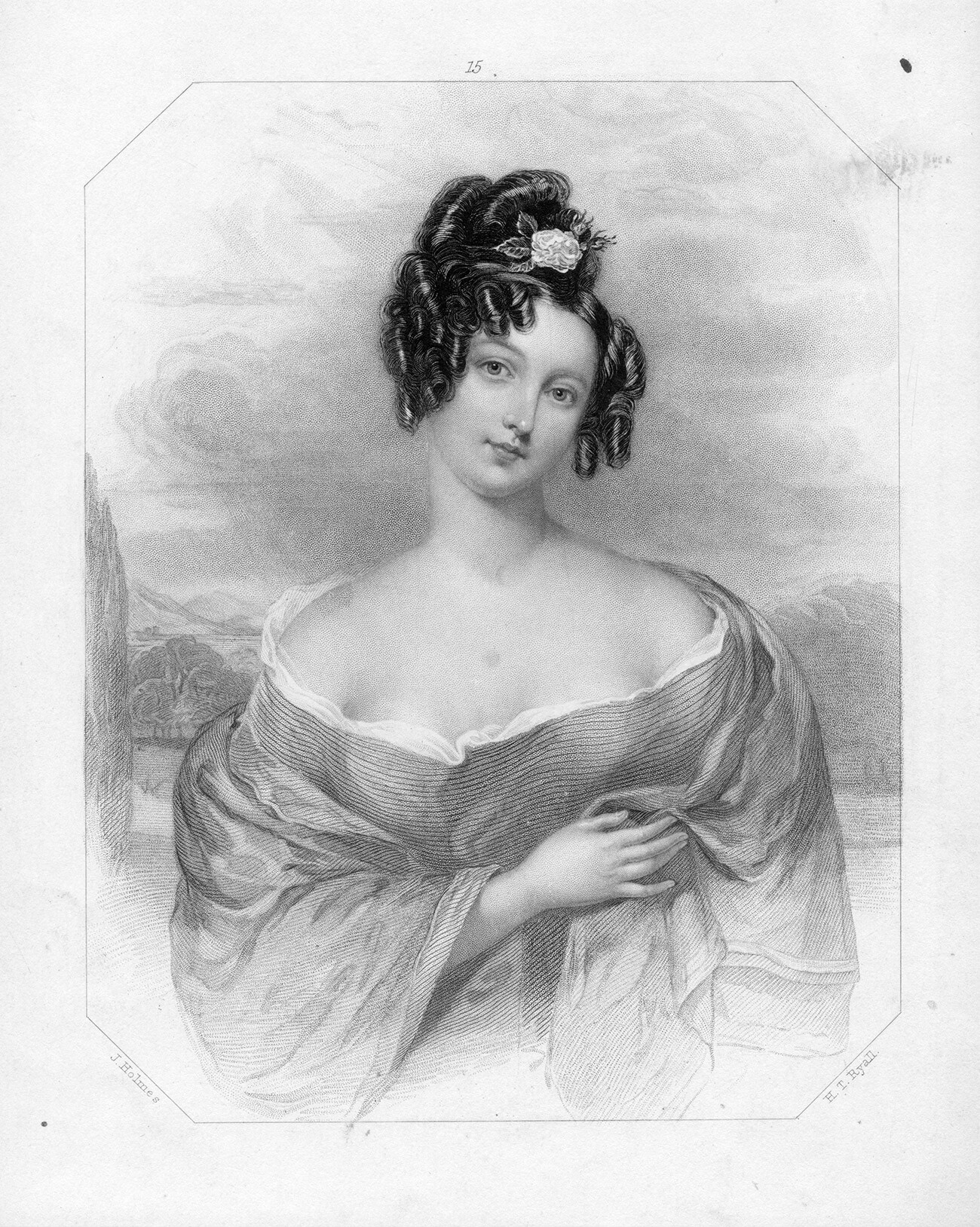 Alexander and Josephine first met in 1814, when she wasn't Napoleon's wife anymore. By 1808, it became clear for Napoleon that Josephine couldn’t give him an heir. In 1809, they would be divorced. Although Napoleon married Marie Louise, Duchess of Parma, and had a son with her, ​​Josephine kept the title of the Empress of France and didn’t break the friendship and correspondence with Napoleon.

It was April 1814 and the Russian army was entering Paris after its victorious campaign, defeating Napoleon, who was exiled to Elba. On April 6, the Bourbon monarchy was formally restored in France. However, Louis XVIII, the king, was allowed by Alexander I to enter Paris only after he had signed a written commitment to rule as a constitutional monarch. 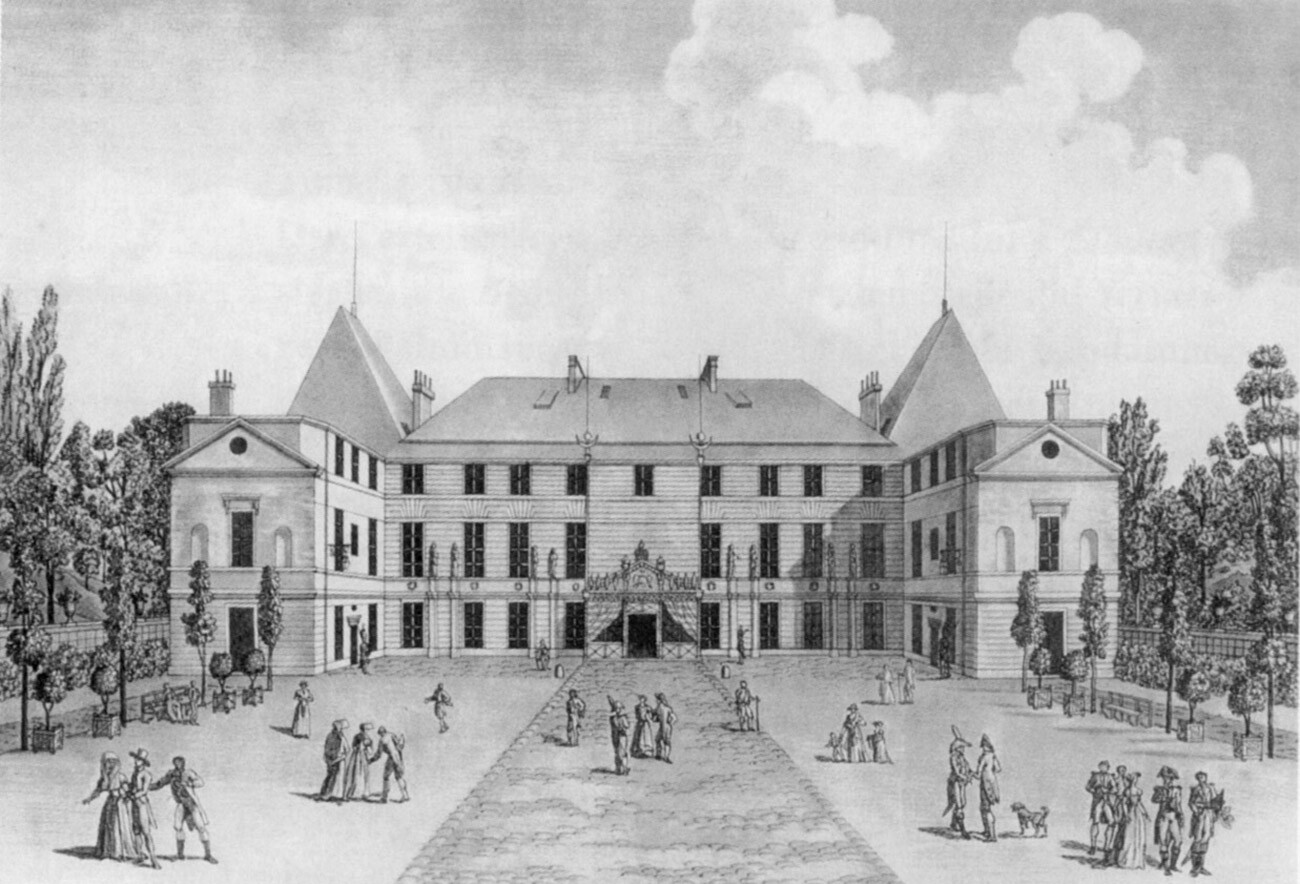 On April 16, 1814, Alexander went to the Château de Malmaison, a castle near Paris, where Josephine lived. “I would have come to you earlier,” the Emperor joked, “but I was delayed by the bravery of your soldiers.” Upon his arrival, Alexander was shocked by the “poor” conditions (for an ex-empress) Josephine was living in. Alexander met Josephine’s 31-year old daughter and grandsons and gave orders to protect and support Josephine and her family to his subjects. However, judging by the expensive gifts that Alexander and Josephine exchanged, there was something more important behind their meeting. 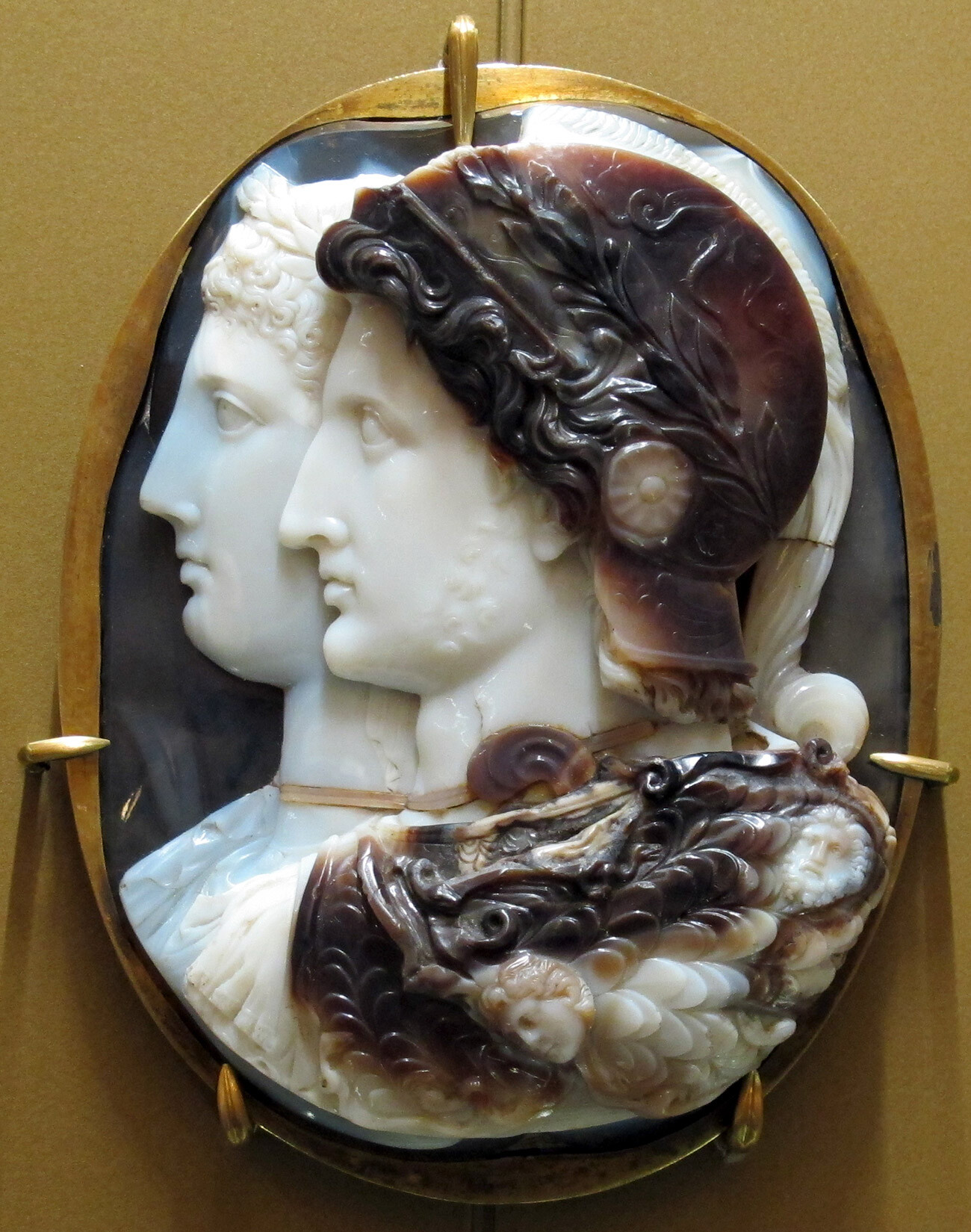 Josephine gave Alexander the famous treasure she kept in her collection, the Gonzaga Cameo – a Hellenistic engraved gem cut out from the three layers of an Indian sardonyx, dating from, perhaps, the 3rd century BC. Alexander, on his behalf, also presented Josephine with a truly royal gift – a necklace with 11 diamonds.

The Russian Emperor started coming to Malmaison frequently, having long walks and conversations with Josephine. For the Paris political society, this seemed suspicious. Emperor Alexander, who could be entertaining himself at the court, preferred to spend time with the ex-Empress, who, in the eyes of the public, still represented Napoleon. She even wanted to follow him to the island of Elba, but was forbidden to do so by the allies. 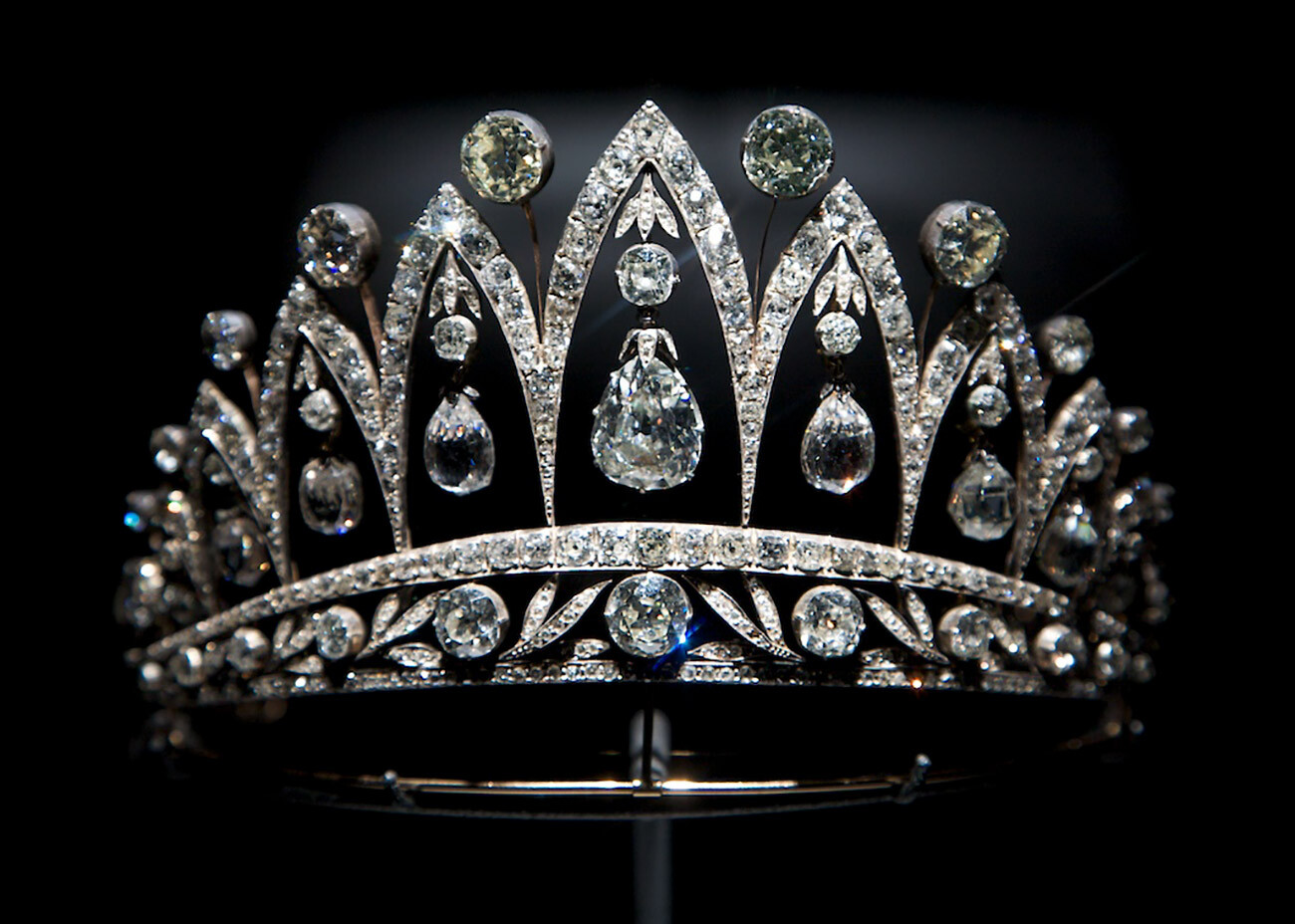 The Leichtenberg tiara, made from the diamonds Alexander presented to Josephine

On May 25, Josephine suddenly felt very ill and died four days later, just a month before her 51st birthday. She was rumored to have caught a cold during her walks with Alexander – she allegedly wore summer dresses to impress him, although it wasn’t yet so warm that May.

There is, however, another side to this story. Charles-Maurice de Talleyrand, the French Minister of Foreign Affairs and later Prime Minister, was very concerned with Josephine’s and Alexander’s communications, as he suspected that might lead to the replacement of Louis XVIII with Napoleon’s son, three-year old Napoleon II, with his mother Marie-Loiuse as a regent. It was known that Alexander I detested Louis XVIII and didn’t want him on the French throne. It was quite natural to suspect that Alexander’s frequent visits to Malmaison had a secret agenda – even Napoleon himself defined Alexander as “a real Byzantine”, implying the Russian Emperor’s elusive nature. 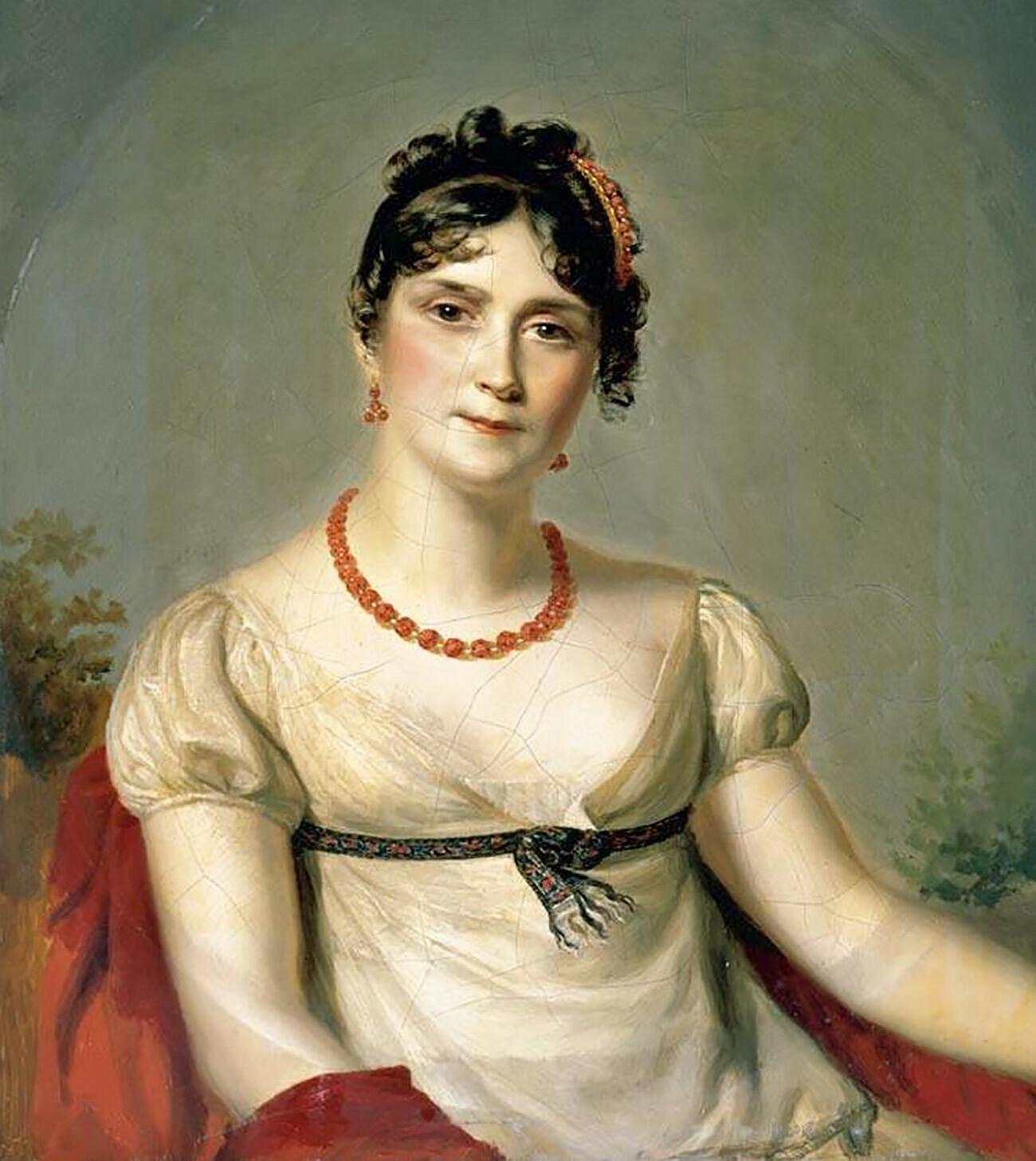 Rumors existed that Josephine could have been in some way poisoned by Talleyrand’s agents to prevent her from being Alexander’s proxy. So, it might have well been not the cold she caught during walks with Alexander, but something else that caused her death. After Josephine’s passing, Alexander bought her art collection from her children.

Joséphine’s diamonds that Alexander gave her were inherited by her son Eugène, the Duke of Leuchtenberg and, later, became a part of the Leuchtenberg tiara made by Fabergé for Eugene’s descendants. The tiara is still intact. It was bought in 2007 by an American art collector and is now on display in The Houston Museum of Natural Science. The Gonzaga cameo is a part of the collection of the State Hermitage in St. Petersburg.

This article has been edited for misinformation it previously included: Alexander I and Josephine Bonaparte didn't meet in Erfurt in 1808.