8 Soviet women who were FIRST in their field (PHOTOS) 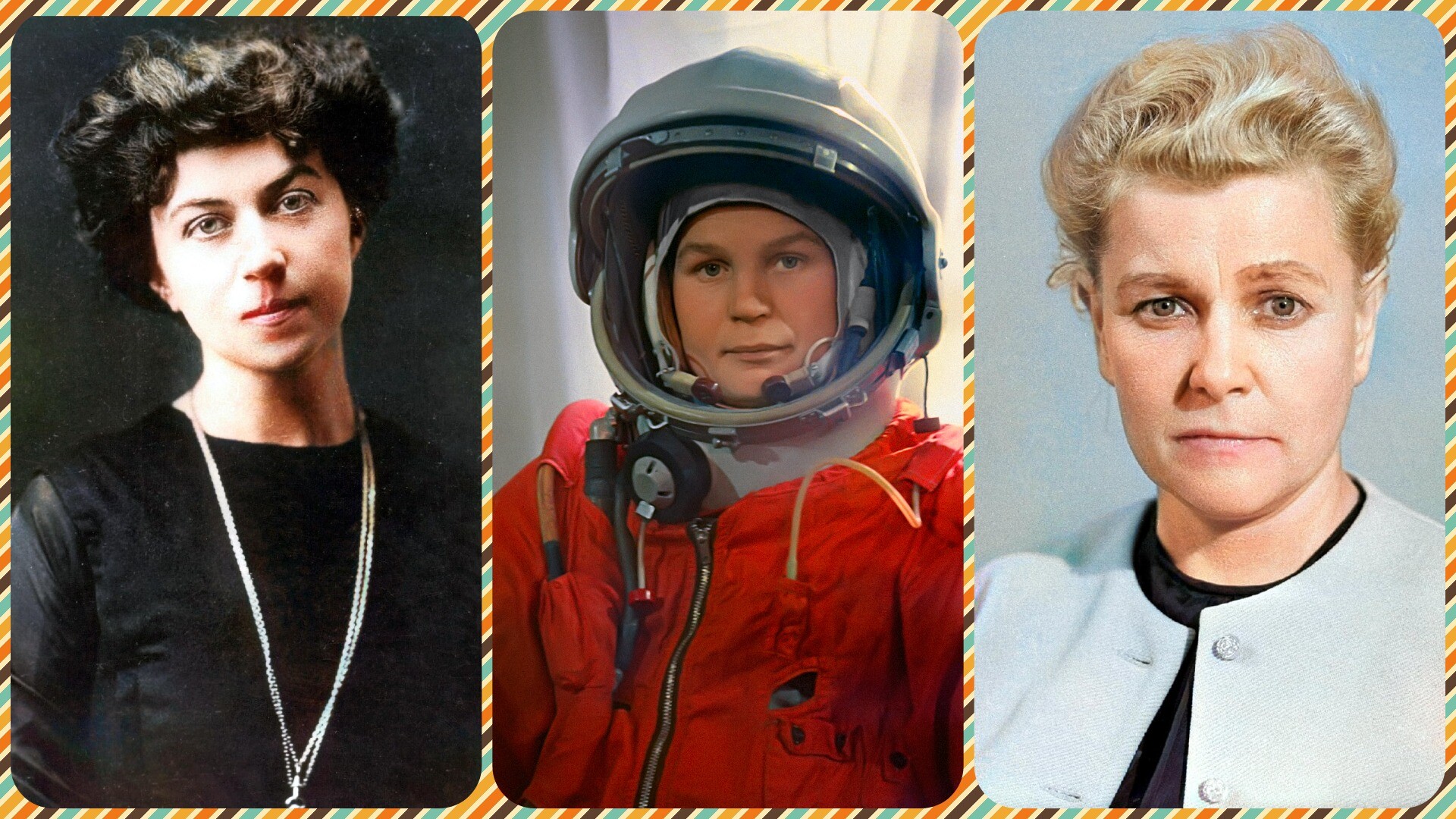 Public domain; Sputnik; Valentin Cheredintsev/TASS
Successful politicians, scientists and sculptors - the history of the new Soviet state would be unthinkable without them. 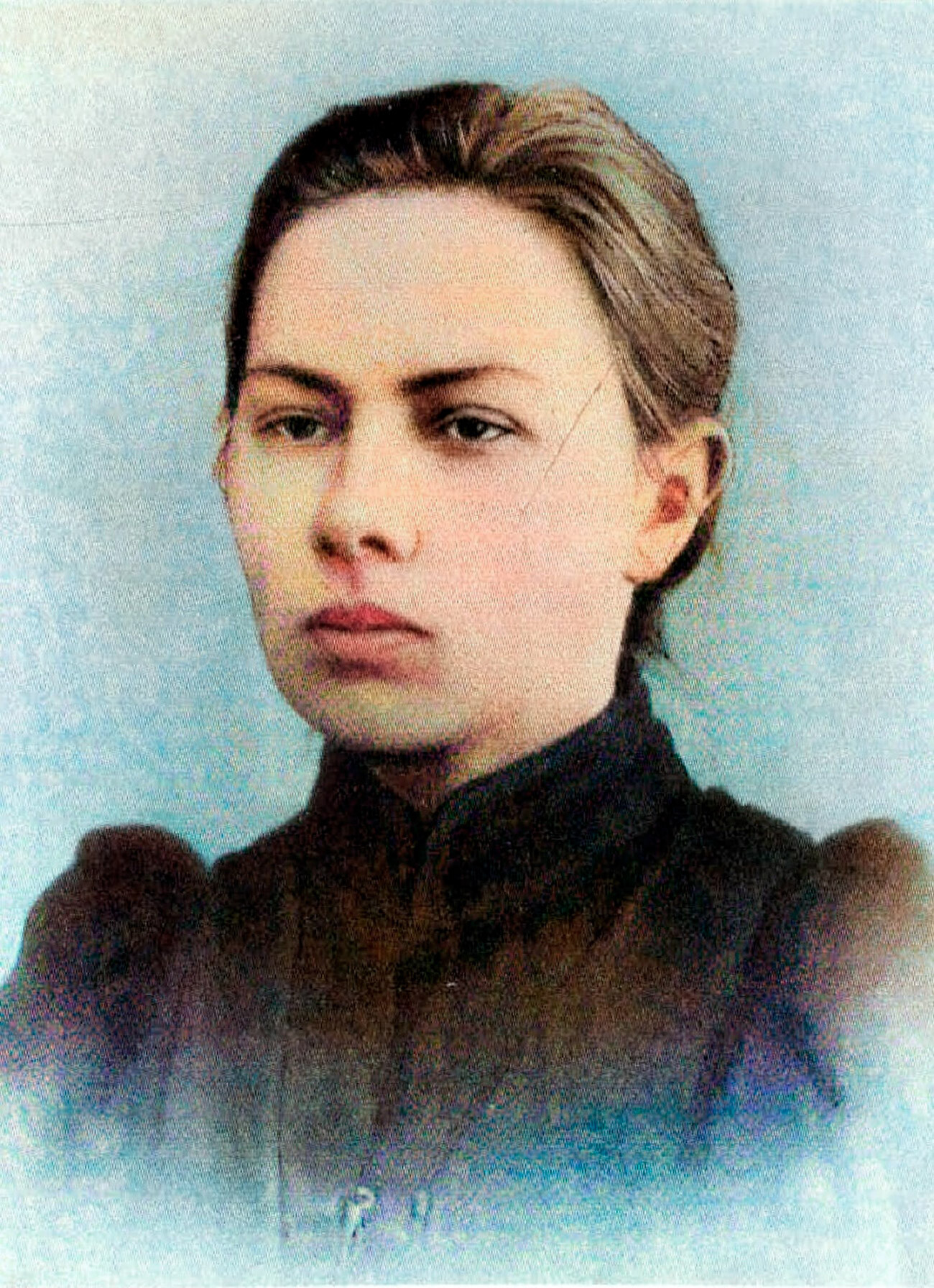 She may have been the spouse of the leader of the Revolution, Vladimir Lenin, but it would be unfair to describe her as just a “First Lady”. Krupskaya might even have been offended by the term ‘Lady’. First and foremost, she was a Communist and a comrade in the revolutionary struggle. But, the most important part of her biography is her contribution to the creation of the Soviet education system. Krupskaya held senior positions in the People’s Commissariat (precursor of Ministry) of Education and developed a whole system of policies for the education and welfare of children, covering everything from pre-school education and the setting up of kindergartens or just playgrounds, to bringing up Communist youth. She was one of the originators of the Soviet Pioneer organization, similar to the ‘Scout Movement’ in form, but Communist in content, as well as the Komsomol - the Young Communist League. 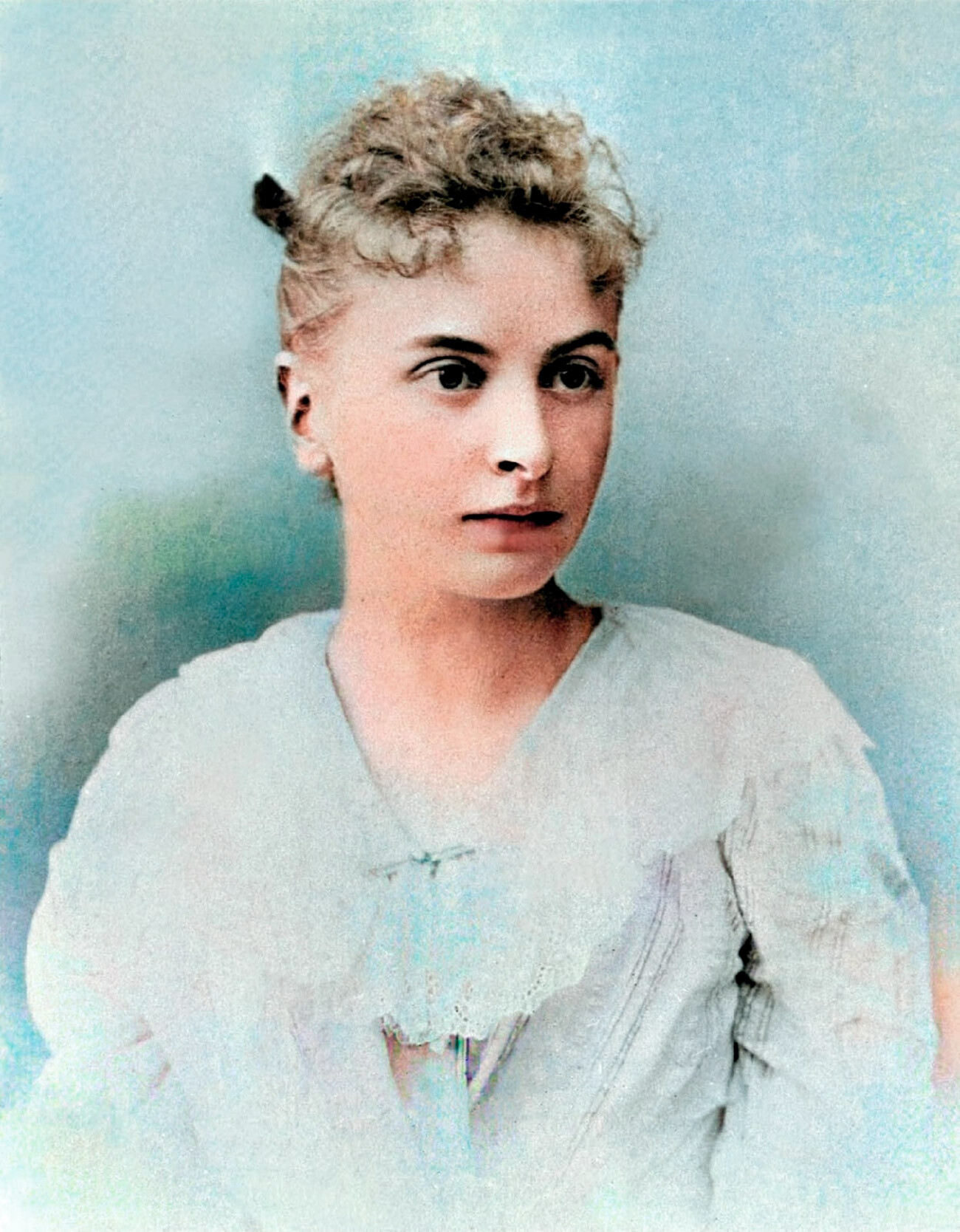 Another revolutionary and admirer of Lenin and his ideas, she joined the party at an early age and, after the Revolution, became an active propagandist fighting for equal rights for women. She was the first head of ‘Zhenotdel’, the “Women’s Department” in the party. She also organized the First International Conference of Communist Women.

Of course, Armand is primarily of interest because of her private life, which was inextricably linked with her political activities - it is assumed that she was Lenin’s mistress. At the same time, in the triangle with Krupskaya, all three maintained mutual respect and warm relations. When Armand suddenly died, Krupskaya was very worried that her husband would not cope with his grief. 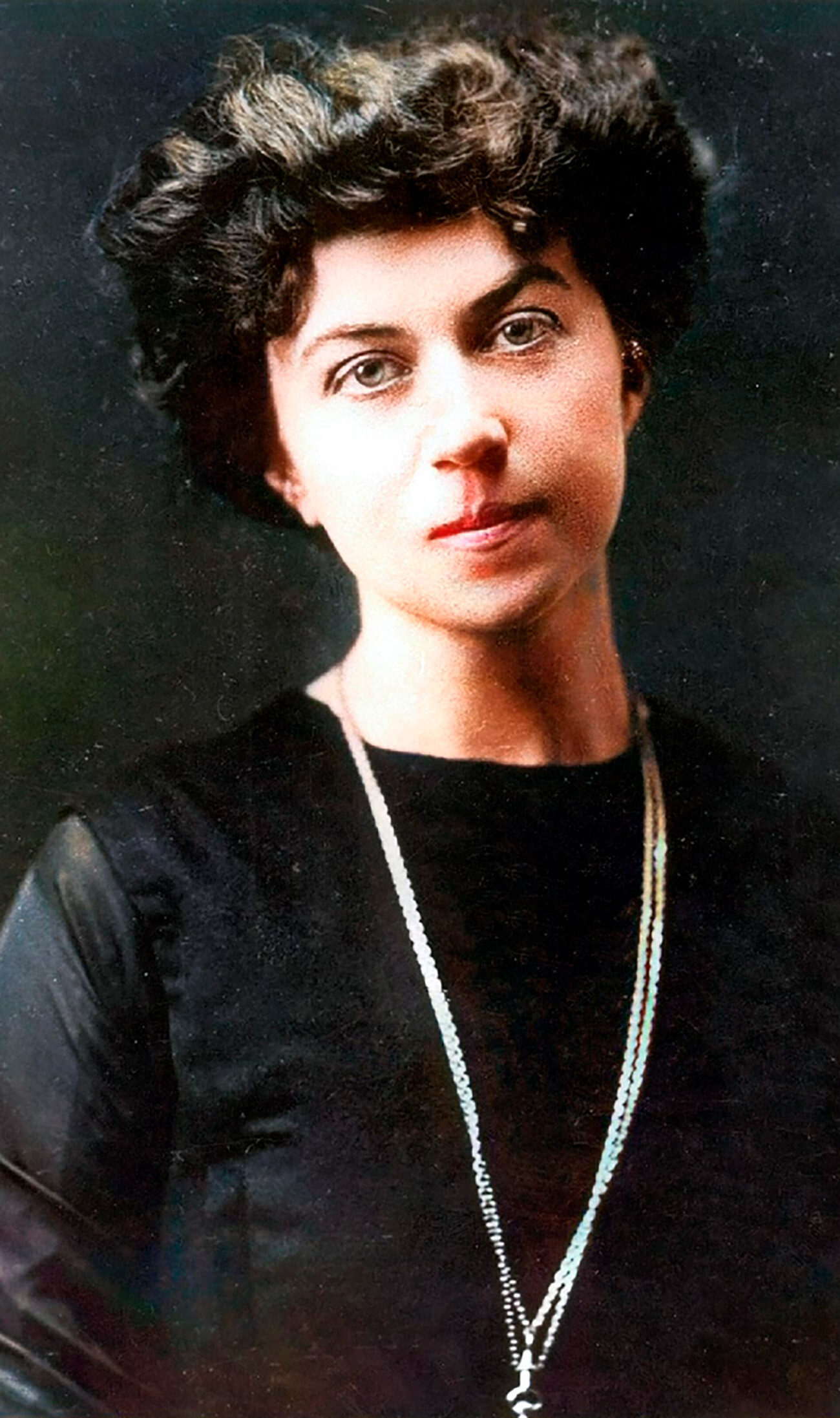 Revolutionary activist Alexandra Kollontai was the first female minister not only in Soviet, but also world history. In the very first Soviet government, she headed the People’s Commissariat for State Welfare - put simply, she was responsible for social projects in the new state. Alexandra had received an excellent education at the University of Zurich and was highly regarded by her party comrades: Even before the Revolution, she carried out Lenin’s personal assignments in Europe, campaigned and established contacts with left-wing groups. In addition to being actively involved in the work of the Soviet government, for many years, Kollontai was head of the ‘Women’s Department’ (after Inessa Armand). From 1922, she worked as a diplomat in Norway and, from 1930 to 1945, headed the Soviet embassy in Sweden (she was also one of the first female ambassadors in the world). She did a lot to improve relations between the two countries and to keep Sweden from joining the Soviet-Finnish War of 1939. 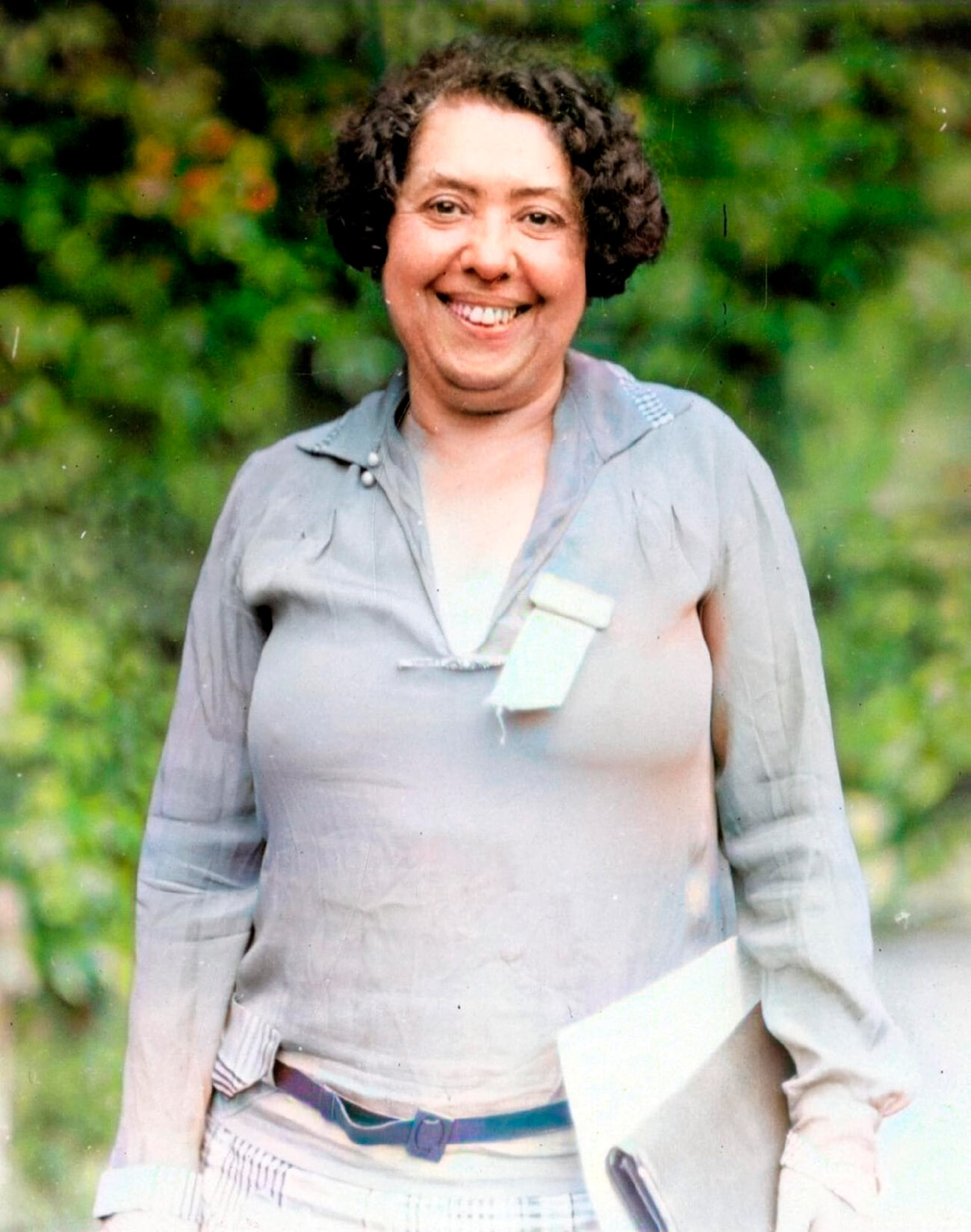 Shtern was born into a Jewish family in the Russian Empire in what is now Lithuania. She graduated from the University of Geneva and became its first female professor. In 1925, Shtern returned to Soviet Russia. Her scientific work was in the field of biochemistry and physiology and, in 1939, she became the first female member of the USSR Academy of Sciences and headed its Institute of Physiology. Shtern developed a method for dealing with post-traumatic shock, which consisted of injections of potassium salts to maintain blood pressure, muscle activity and breathing. The ‘Shtern method’ was widely used during the war. 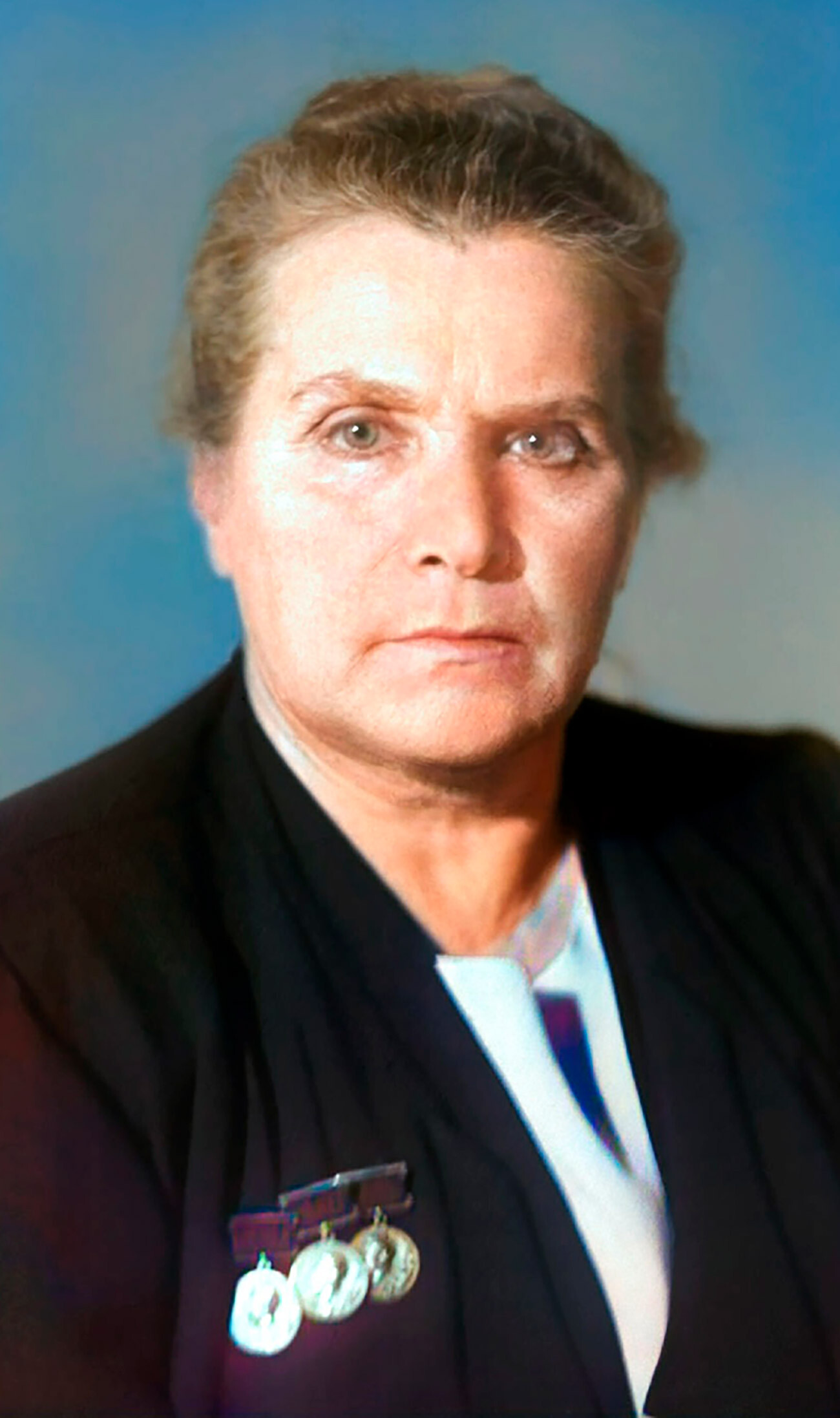 Mukhina was not just the USSR’s first female monumental sculptor - she was the only one. She made several monuments on revolutionary themes as part of Lenin’s plan for monumental propaganda. But, undoubtedly, her most famous work is the 24-meter ‘Worker and Kolkhoz Woman’ sculpture, which was to become a symbol of the USSR. 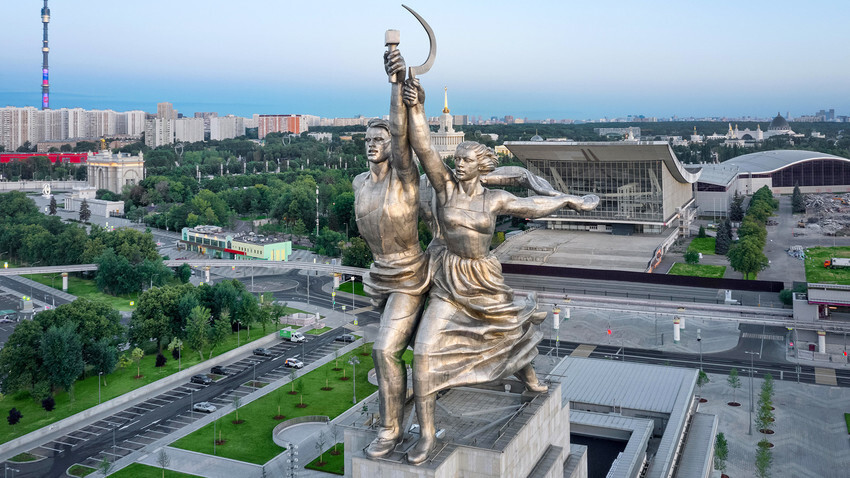 The sweeping upward gesture of the figures symbolized the country’s radiant future. The monument was displayed at the 1937 World’s Fair in Paris, where it captivated the public. Vera Mukhina is also credited with the design of the legendary Soviet faceted drinking glass. 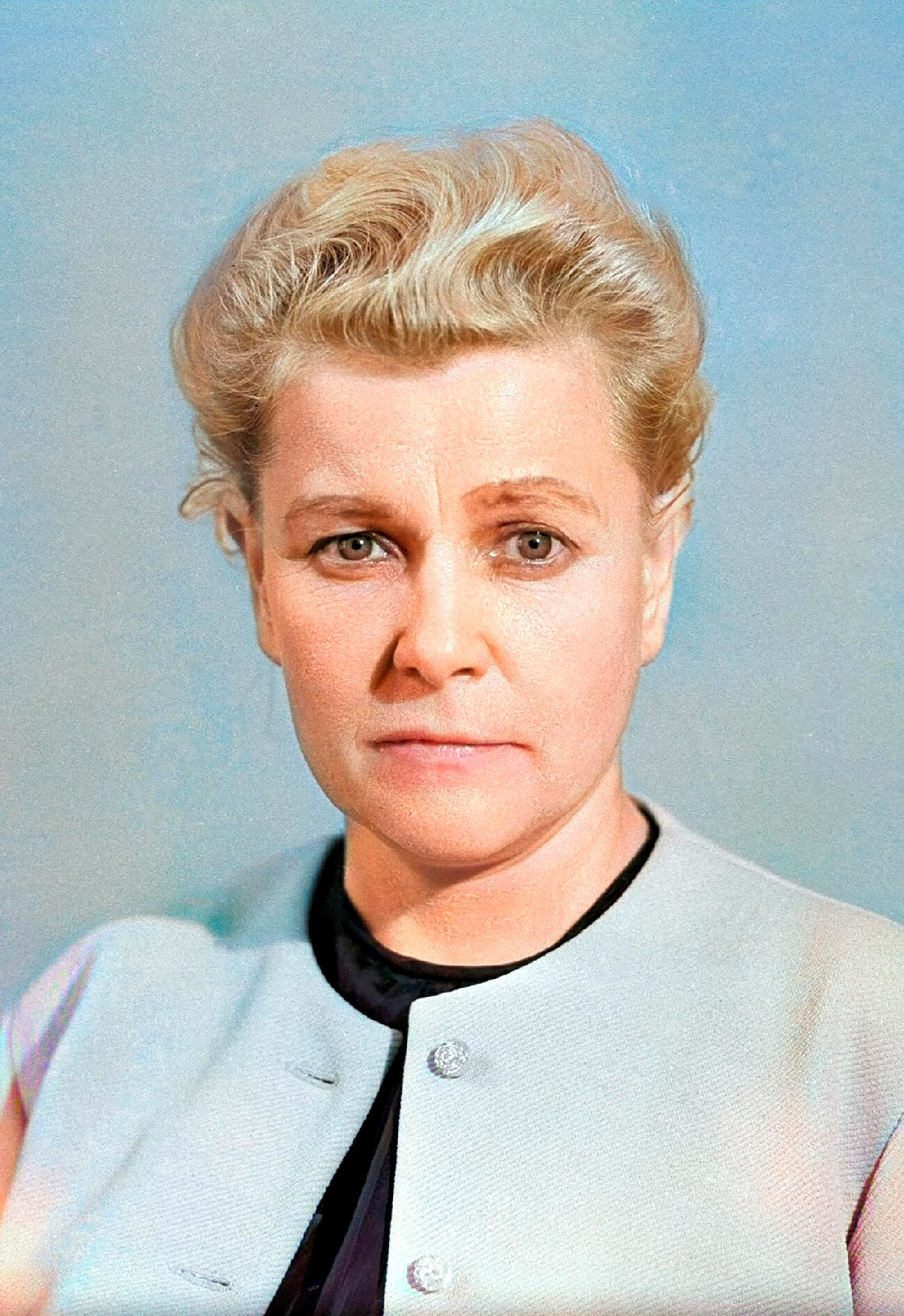 For the world of Soviet culture at the time of the Khrushchev Thaw, Furtseva was quite simply a legendary figure. She started her career in big-time politics as first secretary of the Moscow City Committee of the CPSU - in other words, she essentially headed the Moscow party organization (and was, in effect, the most important person in the city). On her watch, a statue of Yuriy Dolgorukiy, the founder of Moscow, was erected opposite the city administration building and the famous Luzhniki stadium, as well as the Detsky Mir children’s goods store on Lubyanka Square and what are now highly popular theaters and bookshops, were built. Several high-profile international competitions, including the Moscow International Film Festival, attended by the stars of Hollywood and world cinema, were also held at her initiative. 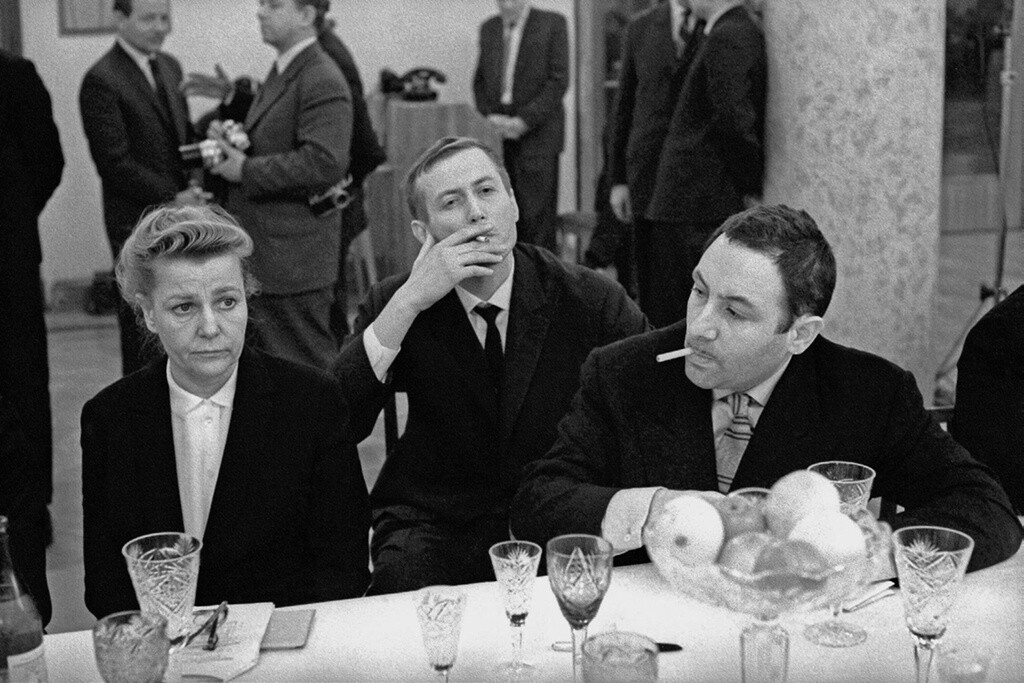 Furtseva was appointed USSR Minister of Culture in 1960 and remained in this post without interruption until 1974. There were also negative aspects to her political career - for instance, the hounding of Boris Pasternak in 1958. But, it was thanks to Furtseva that cultural life really started buzzing in the USSR and many unbelievable projects were implemented: for instance, an exhibition of trophy art from Dresden, Marc Chagall and Fernand Léger exhibitions and the only trip Leonardo da Vinci’s ‘Mona Lisa’ ever made to Moscow. 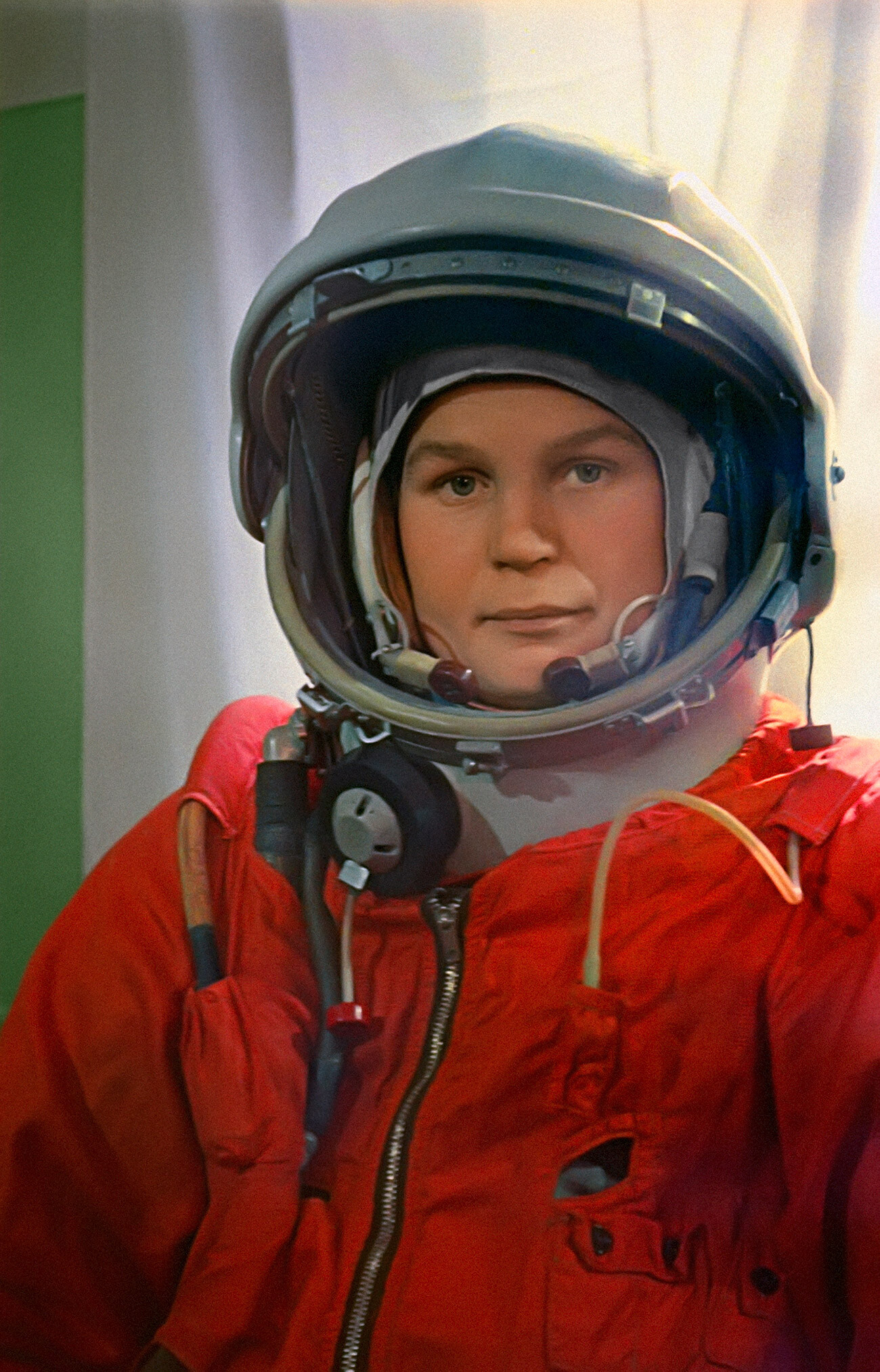 Valentina Tereshkova in her space suit

Such a success story was only possible in the USSR. The daughter of a tractor driver and a textile factory worker, she became a national hero after being the first woman to make a solo flight into space on June 16, 1963. She was a member of a regional aeroclub when she was selected for the prestigious mission. After her groundbreaking flight, Tereshkova became a legend and a symbol of female equality in the USSR. She continued her career by becoming a public figure, and is a member of the State Duma to this day. More on Tereshkova’s flight and her life can be found here. 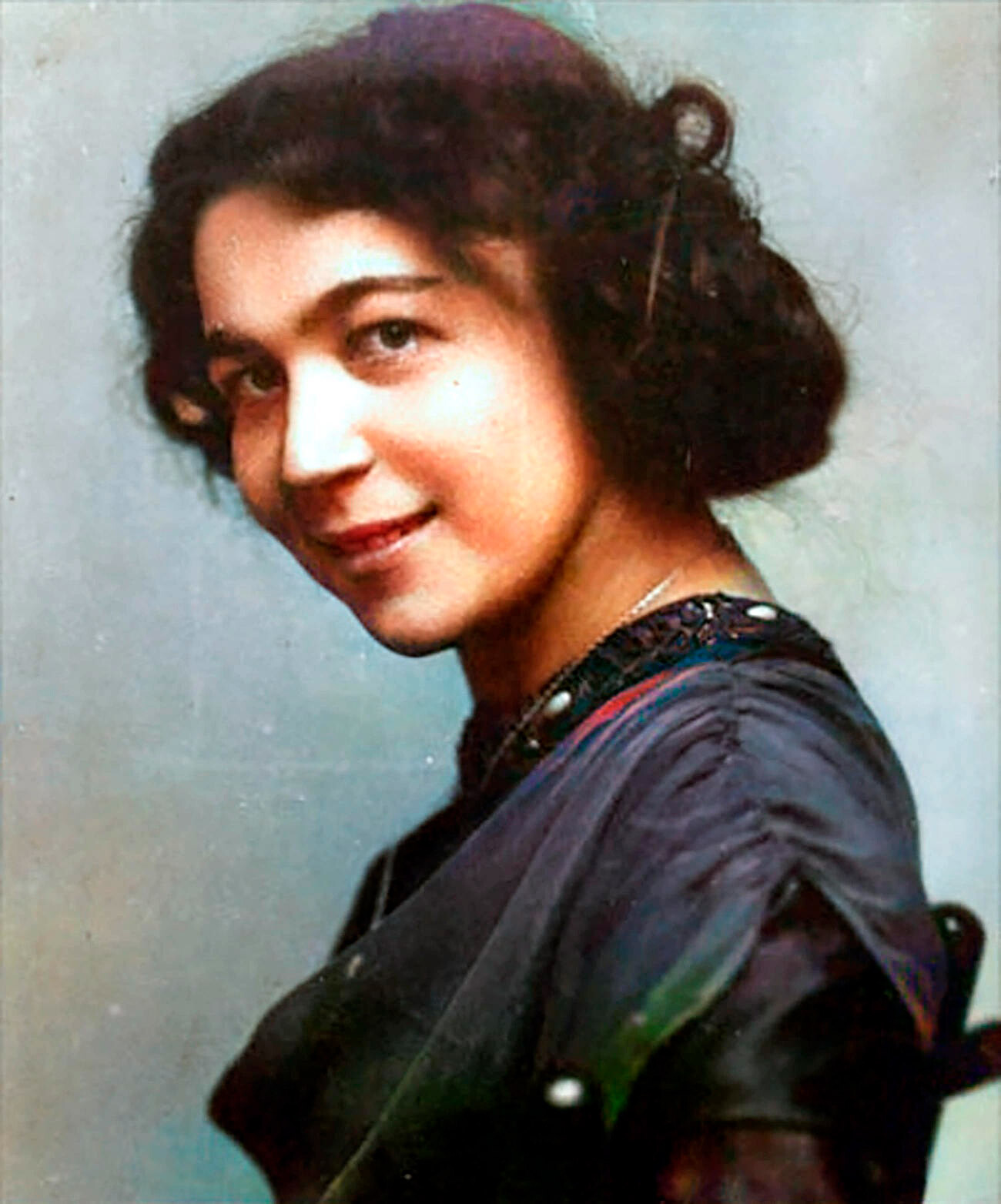 Preobrazhenskaya began to appear in movies at the dawn of Russian cinema, before the Revolution. In 1916, she took on the role of director for the first time - and, although, as Preobrazhenskaya herself recalled, the film was praised, there was skepticism about a film directed by a woman and her name was even written with a masculine ending on film posters. These kinds of gender issues were no longer a problem in the Soviet period. Preobrazhenskaya, by now a recognized master, was the first female teacher of motion picture direction at the first state cinema school (now known as the All-Russian State Institute of Cinematography, or VGIK) and also set up her own actors’ studio. Preobrazhenskaya made many films jointly with director Ivan Pravov - in the early 1930s they were regarded as the most successful Mosfilm directors. Their ‘And Quiet Flows the Don’ even competed in the first Venice International Film Festival in 1932.