Why was the Russian Orthodox hymn performed at Queen Elizabeth II’s funeral? 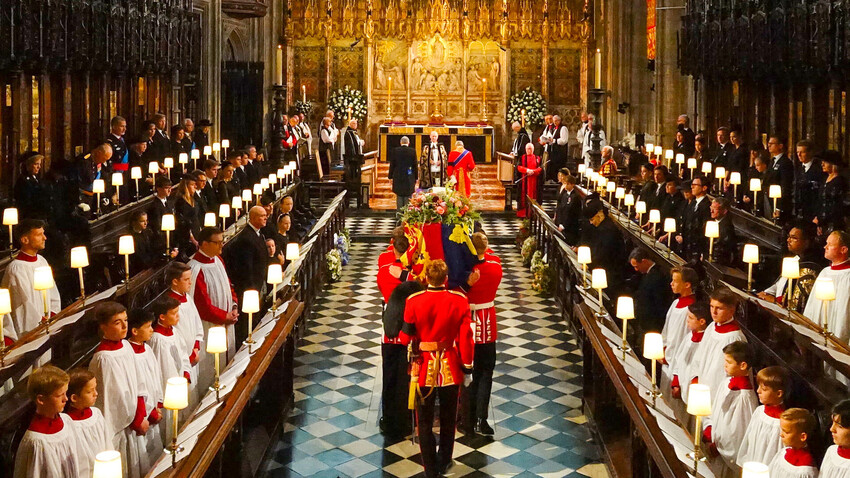 Jonathan Brady/AFP
Reportedly, this was the wife’s final homage to her deceased husband.

Hearing a Russian Orthodox prayer being performed at Queen Elizabeth II’s funeral among the main hallmarks of a traditional Anglican funeral puzzled some observers. Yet, there is nothing to be surprised about. The Orthodox prayer is said to have been performed at the Queen’s request.

‘Russian Kontakion to the Kyiv Melody’

During Queen Elizabeth II’s funeral, the choir sang a hymn known as the ‘Russian Kontakion to the Kyiv Melody’. This ancient prayer has roots in Russian Orthodox liturgy.

The hymn’s lyrics are as follows:

Give rest, O Christ, to thy servant with thy saints:

where sorrow and pain are no more;

neither sighing but life everlasting.

Thou only art immortal, the creator and maker of man:

and we are mortal formed from the dust of the earth,

and unto earth shall we return:

for so thou didst ordain,

when thou created me saying:

Dust thou art und unto dust shalt thou return.

All we go down to the dust;

and weeping o’er the grave we make our song:

In the Russian Orthodox Church, the hymn is traditionally performed during services dedicated to the deceased. These include funerals and memorial services, as well as services on Parents’ Sabbath, a day of special remembrance for Orthodox Christians who have died. 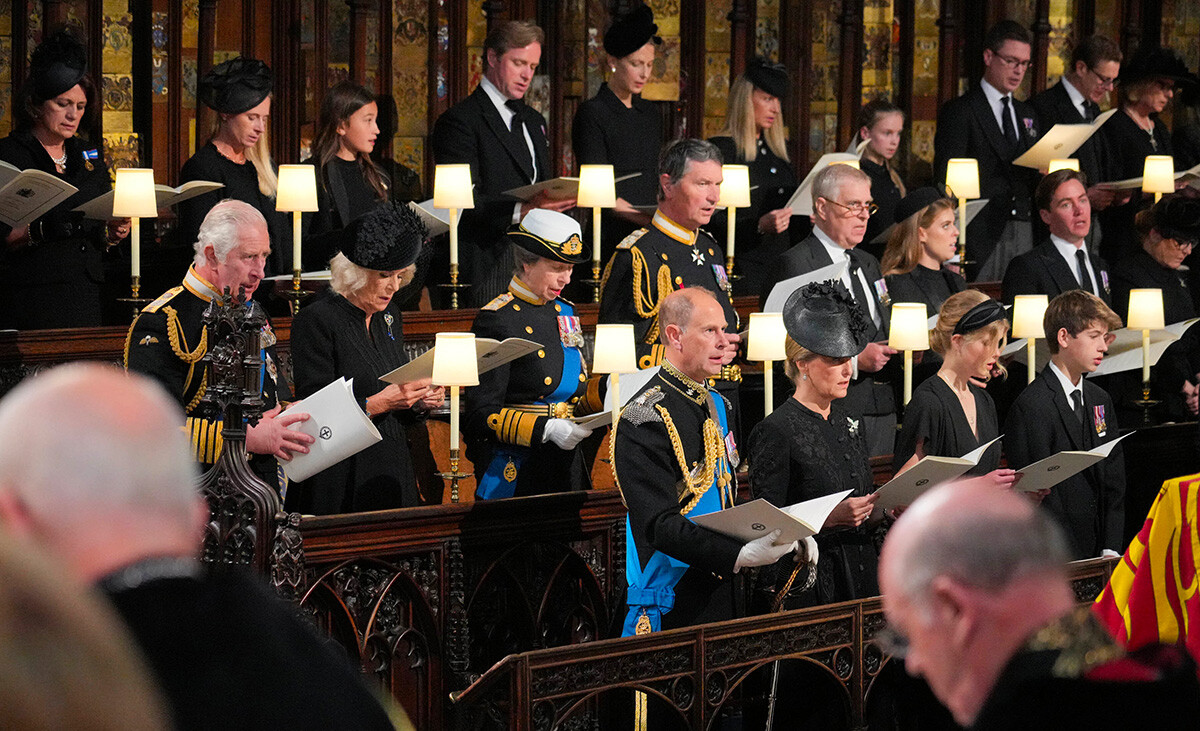 In essence, the prayer expresses the sorrow of grief, while reminding people of the Christian hope of everlasting life. By singing the prayer, believers ask God to put the soul that has just departed from the body to rest in the same place where the souls of saints reside.

Why was it played during Queen Elizabeth II’s funeral?

No official comment was provided by Buckingham Palace as to why the Orthodox hymn was included among other traditionally Anglican prayers. However, the same ‘Russian Kontakion to the Kyiv Melody’ was also performed at the funeral service of the Queen’s husband, the Duke of Edinburgh, in 2021.

According to mass media, Elizabeth II wished to include in her funeral service the Orthodox prayer to pay a final homage to her husband Prince Philip and his Russian roots.

Prince Philip’s Russian roots are well known. Both paternal and maternal ancestors of the Duke of Edinburgh are related to the Russian Imperial family.

Initially an adherent of the Greek Orthodox Church, Philip had to convert to Anglicanism to marry the British princess. 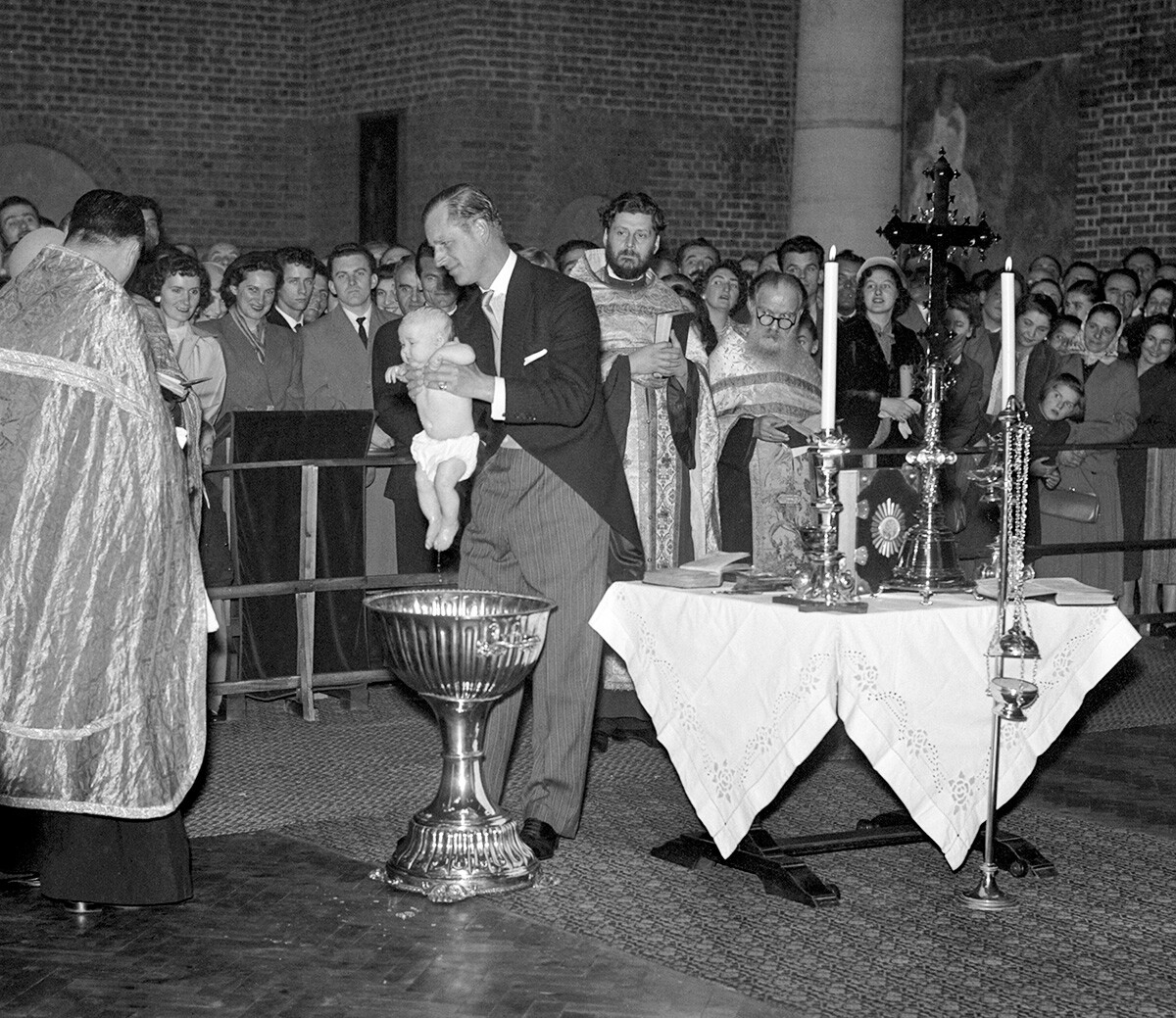 The Duke of Edinburgh, who is the godfather to the child, lifts baby Princess Marija from the font after her christening at the Serbian Orthodox Church. The baby is the daughter of the Duke's niece Princess Christina of Hesse and Prince Andrej of Yugoslavia.

Later in his life, Prince Philip is said to have made private attempts to explore his roots by visiting Mount Athos, an important center of Eastern Orthodox monasticism. Observers noted that when making the sign of the cross, he gestured in an Orthodox manner – from right to left.

Click here to see exactly how Prince Phillip was related to Russia.