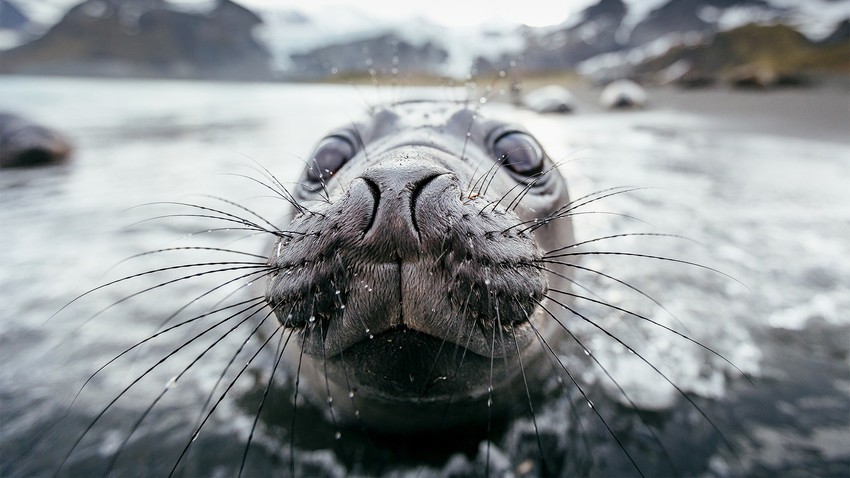 "The intruder unexpectedly stumbled upon a rather unusual guard: a male seal named Barik."

Getty Images
The offender pleaded with security guards to save him from the agitated sea mammal.

A St. Petersburg dolphinarium was the scene of a bizarre crime drama on the evening of Sept. 25 when a man who had way too much to drink decided to fulfill his longtime dream to swim with dolphins.

Unfortunately for the inebriated dreamer, the dolphinarium was already closed. Undaunted, he jumped over a fence, broke the door of the locked facility and silently slipped inside.

The break-in started successfully: the CCTV cameras had died a few days ago and did not register the infiltration. Also, the security officer on duty was distracted.

Not everyone in the building was sleeping, however, and the intruder unexpectedly stumbled upon a rather unusual guard: a male seal named Barik.

“We open cages with seals at night and they can stroll freely around the building,” said Anton Brykin, the dolphinarium’s representative, explaining his pet’s act of bravery.

“Whether Barik attacked this man, or somehow frightened him, is not clear. But the man screamed, hid behind the souvenir table, and was begging to take the seal off him,” said Brykin.

The desperate plea for help finally caught the attention of security staff, which then called police. Barik the seal handed the trespasser over to the police when they arrived at the scene, and then took off for other seal duties.