How to pick mushrooms like a professional: Advice from an experienced forager 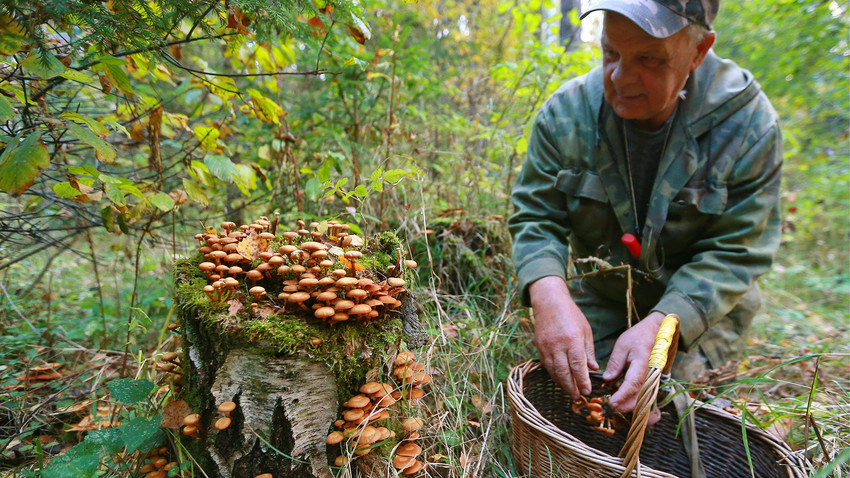 A man picking mushrooms in the woods

Vladimir Smirnov/TASS
Have you noticed your friends posting pictures of mushroom caps, straw baskets, and wellington boots on Instagram? Yes, the mushroom season is here, and its devotees are eagerly letting the rest of us know about it. If you’re bored of the indoors, you can easily join the throng of foragers. At Russia Beyond's request Vasily Stepanov, a resident of Kaliningrad Region, explains how to avoid the mistakes of a novice picker.

Having the correct clothing and equipment are half the battle. If you don’t, then nature might just get the better of you. Make sure to pack waterproof footwear, a cap, a basket or bucket, a knife to cut the mushroom stems, drinking water, and a long stick. Wearing trousers is also advisable in case you come across stinging nettles or biting insects. Also bring a light jacket.

"Everything should be lightweight. You'll probably have to walk for several kilometers and the worst thing is to sweat under layers of clothing. You'll need a cap to protect you against cobwebs, insects, and other nasties falling from trees. It won't protect you against a tick though - it will find a way if it wants to. Boots are a must because if you step on a snake they will be your only salvation from a bite. You'll need a stick to clear all those leaves from around the mushrooms rather than place your hand into the unknown." 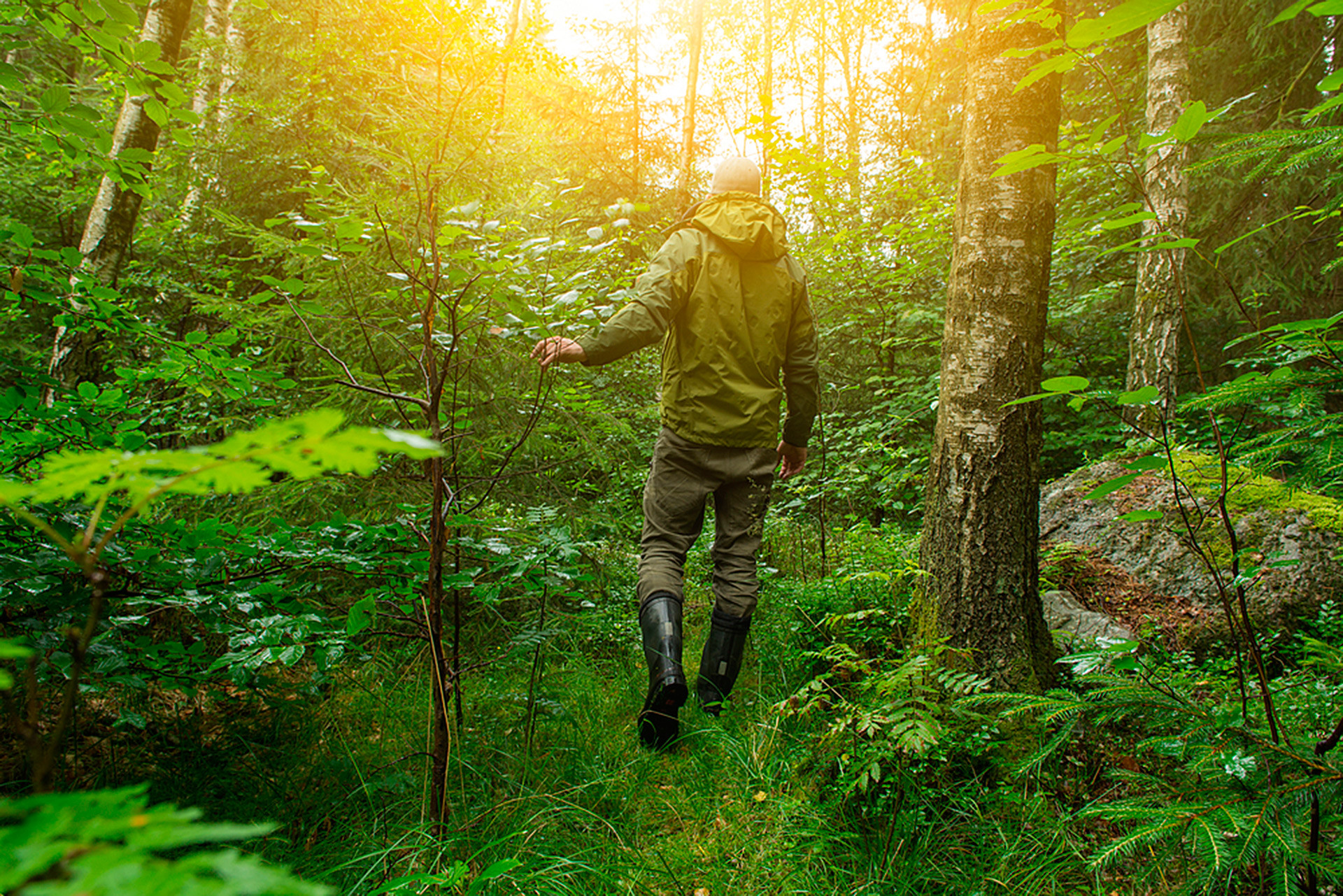 A man walking through thick forest

If you’re a former Scout it would be a plus - using natural markers and plants to find your bearings is always a useful skill. Also, make sure to remember where you left the car. Learn to read the lie of the land without relying on the Internet. 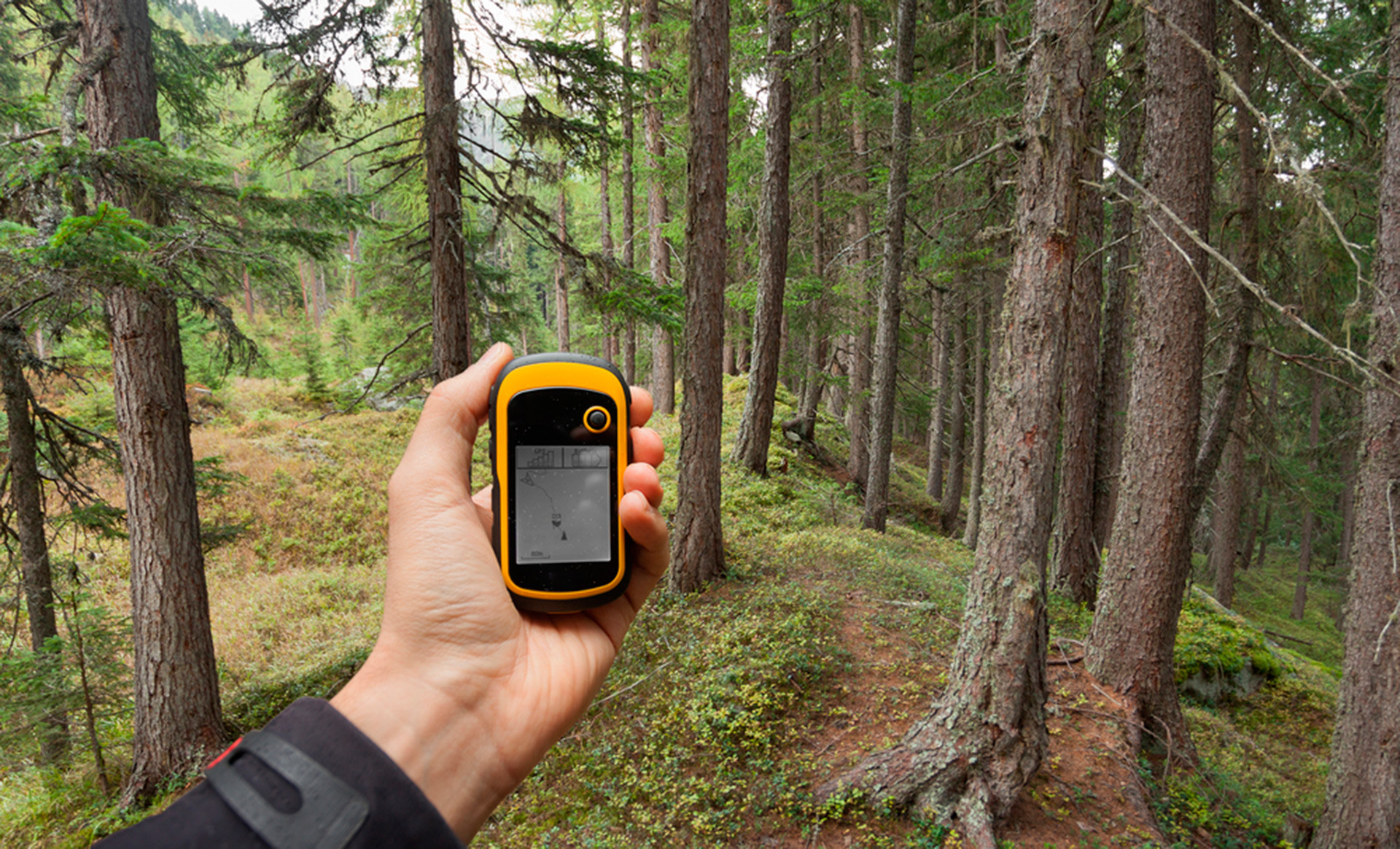 Finding the right position in the forest via gps

"I once failed to remember where we had left the car. We were being led by a local forest ranger recommended by friends. We had been assured that he knew the forest like the back of his hand. We were three families with small children and we picked two buckets of mushrooms each. My wife stepped on a wasps nest, having had no idea prior to this incident that wasps could live in the ground. It became obvious that it was time to go back.

Our guide said we should go in a certain direction. But 15 minutes later we didn’t know where we were, so we headed off in a different direction. It started raining. It was getting dark. In those days we didn’t have mobile phones or GPS devices. So for several hours we wandered around the dense forest. With my wife bitten by wasps, an exhausted child on my shoulders, and a bucket in each hand. I couldn't throw away the mushrooms. No way! One of my trainers had fallen apart, so I was walking with one foot bare. Then, suddenly, we came to a road and stopped a car. It turned out that the nearest settlement was 15 km away, followed by another which was 35 km away near the Russian-Polish border."

Practically all mushrooms have a non-edible double that is poisonous to humans. A "false" mushroom will grow where a genuine one is unlikely to, but in appearance they are similar. An edible red-capped scaber stalk (leccinum aurantiacum) will quickly turn blue and look "as if it were covered in ink" after its stem is cut. A false one will retain its pinkish hue. 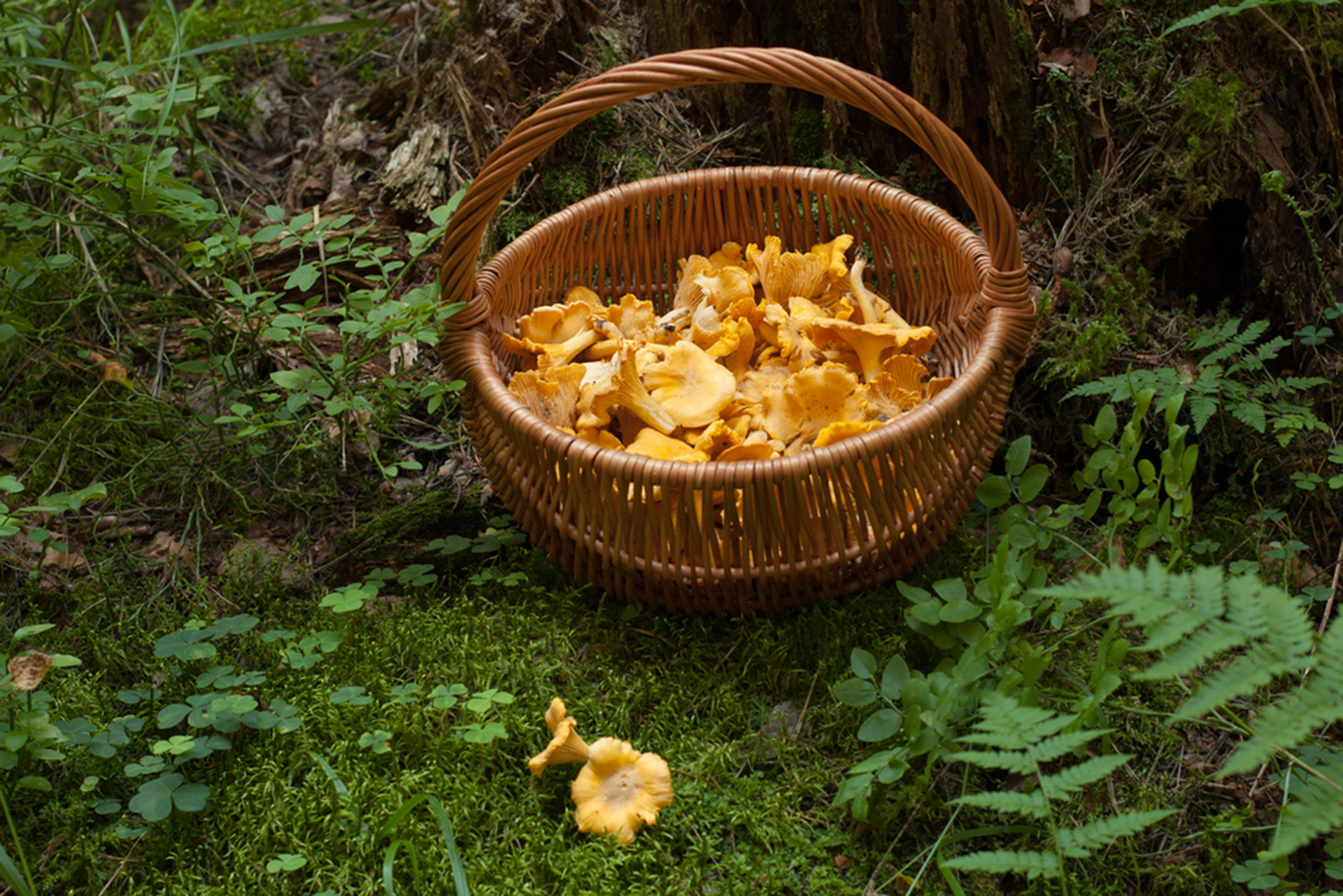 "When I met my future wife, we went mushroom picking with her parents. We stopped for a snack but I wandered off and found myself in a dry fir grove. I looked around and saw chanterelles. I cut the mushrooms and put them in the basket of my future mother-in-law. She looked at them and said that if she were to eat them she would not survive the experience.

All my life I had had no idea that chanterelles had a double. And many people don't know it. An edible chanterelle has a rich color and, most importantly, if you turn it over, its gills will hang like stalactites in a cave. And I should have remembered in the first place that as a rule chanterelles do not like fir groves."

"It’s best not to pick a mushroom if you don't know what it is. Or you can cut a small piece and put it on your tongue. A false mushroom will taste bitter and burn your tongue. Don't swallow your saliva though."

What to do if you meet a wild animal

It’s best to head immediately in the opposite direction if you chance upon a wild animal in the forest. To avoid a bear, you do this. As for a wild boar or an elk, Stepanov gives the following advice:

"You must not run but move smoothly away from a wild boar. Female boars can be very aggressive - they can bite through human bones as easily as we can break a match. Don’t look them in the eye.

And you mustn't get within 30 to 40 meters of an elk. I once encountered one - a young animal two meters high. It started snorting in my direction. A terrifying scene. You should get away from an elk by walking backwards as fast as you can." 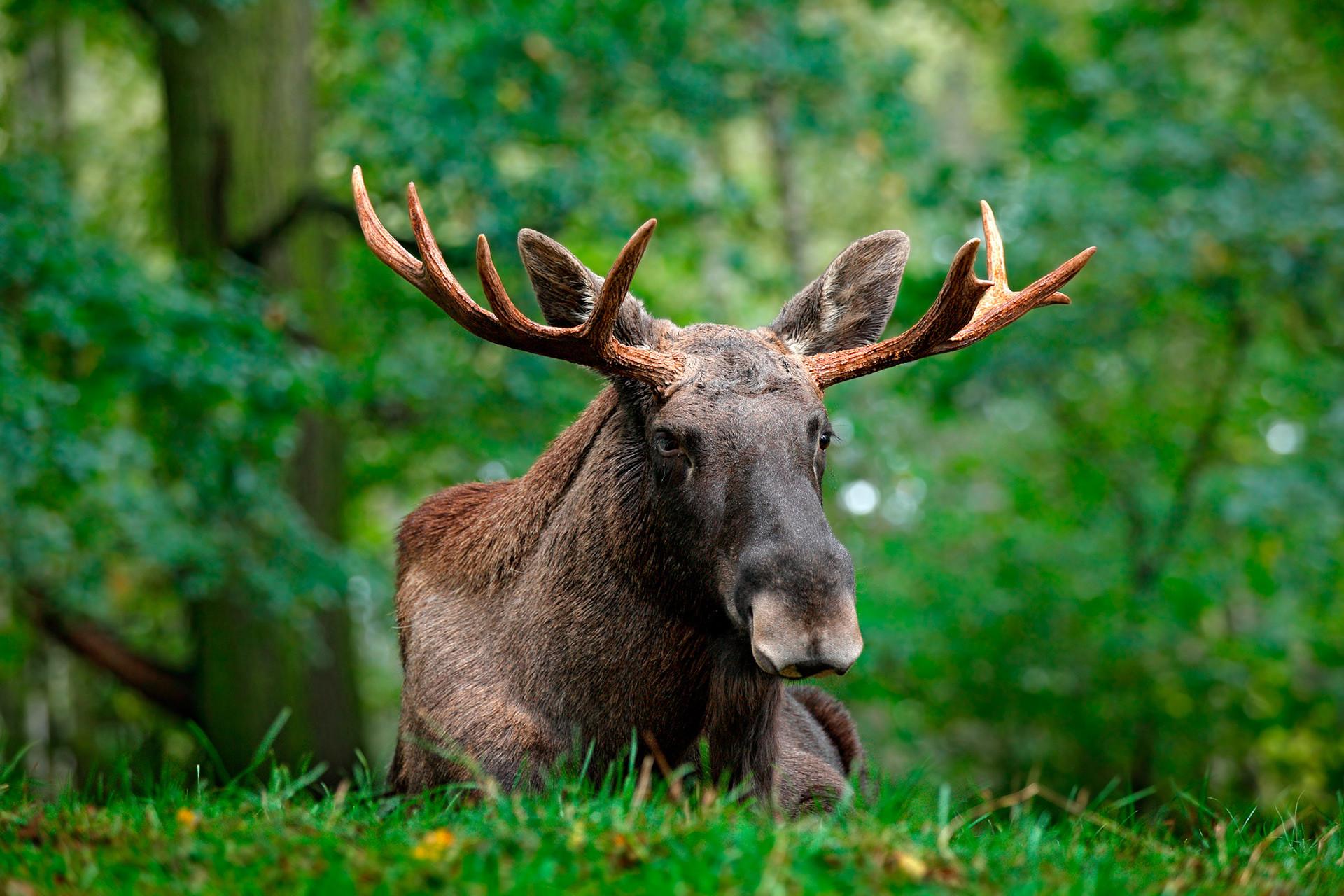