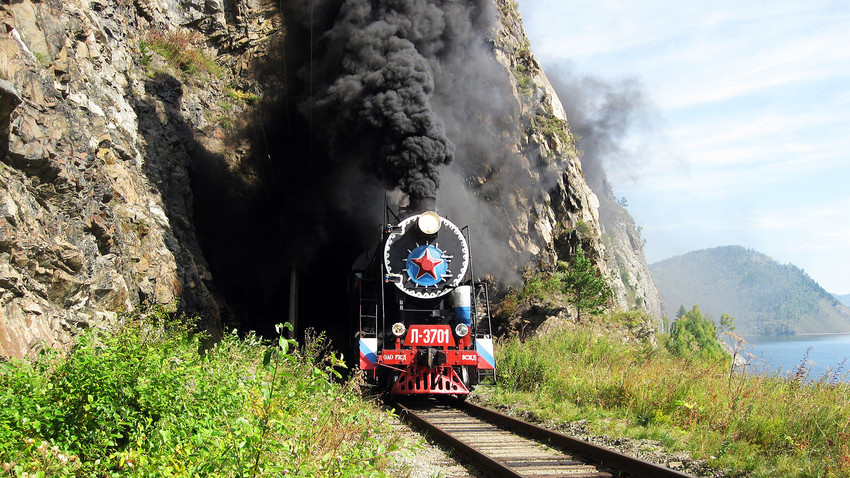 A tourist train in the Circum-Baikal Railway.

Kirill Burtasovsky
The is a historical railway in Siberia

The Circum-Baikal Railway is a very scenic railway which hugs the northern part of Lake Baikal in the Irkutsk Region. The first survey of a possible route from Irkutsk to Lake Baikal was carried out in 1894 and the construction of the Circum-Baikal railway began in late 1899. On Oct. 26, the line began operating permanently.

Until 1949, it was part of the Trans-Siberian Railway but since the second track was built in the middle of the 20th century, it has been serving mostly as a touristic route.

Now the 89 km railway runs from Baikal to the town of Slyudyanka. The route offers one day tours which are a great way to enjoy the stunning and diverse nature of Lake Baikal.

railways On this day