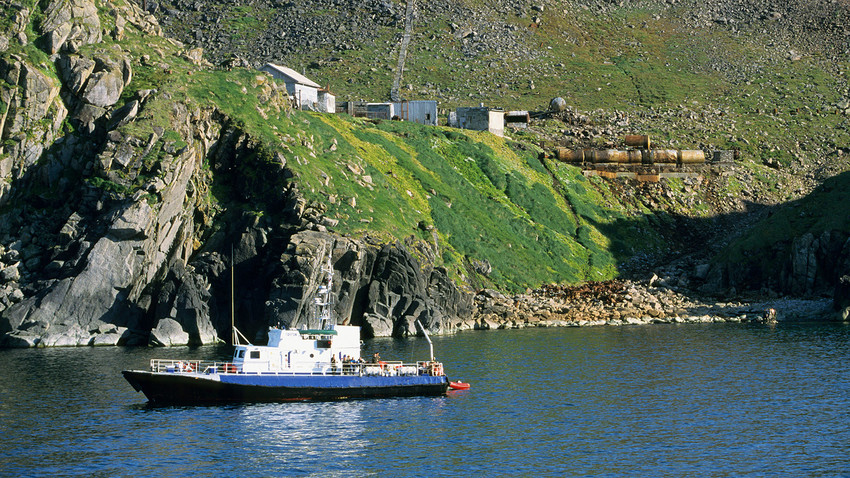 Therin-Weise/Global Look Press
“You get tired of the color white and the snow, which are everywhere and always, as far as the horizon. You have a constant feeling of hunger…” A soldier posted to the remote island off Russia’s Far Eastern coast recalls his time there.

Two rocky islands in the middle of the Bering Strait between Chukotka and Alaska, walruses, polar bears and crabs, fog, and extreme freezing temperatures…if it weren’t for the border service, would anyone choose to live here? After all, it looks like the edge of the world, and on the edge of the world there are no shopping centers with multiplex cinemas, nor even small cinemas with a cafe or leisure center.

Big Diomede (Ratnamov Island) belongs to Russia and Little Diomede (Krusenstern Island) to the U.S. - they are about 10 minutes from each other by boat. They are separated by 3.8 km and a 23-hour time difference. The International Date Line and the Russian-American demarcation line pass between the islands.  Hence among locals the Diomede Islands are known as Tomorrow Island and Yesterday Island. "It’s a real time machine. We could see what was happening yesterday in real time," 40-year-old Ramil Gumerov tells Russia Beyond. He served in the army for two years, from 1995, and spent over a year of that time on the part of the island where today, aside from a military base, there’s only a polar station and a border guard post.

A day’s difference and a shaman's curse 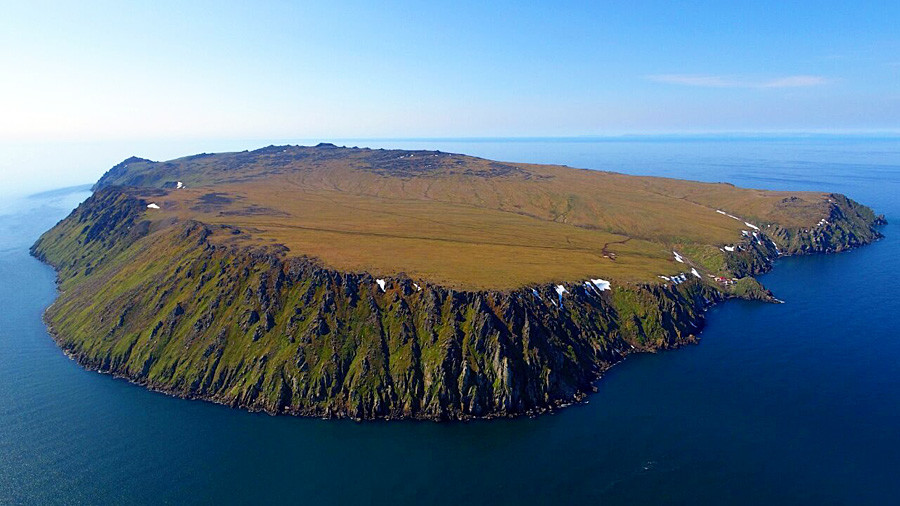 “In reality, to travel to the other island in the other country, or to yesterday, when one was on leave, was pure fantasy. To us, going on leave remained just a dream," Gumerov says. Only the indigenous inhabitants, the Eskimos, can travel freely between the islands. They inhabited these lands when the first European, the Russian naval explorer Semyon Dezhnev, arrived on the islands. It was in the 17th century and after that, for almost a century and a half, the two islands - 35 km from Chukotka and Alaska - were part of Russia.

The state border divided them in 1867 when Russia sold Alaska to the U.S. At the time the indigenous population found themselves in an unusual situation - the time was the same but the dates were different on the two islands. Compared with Ratmanov Island, Krusenstern Island is always in the past. The Eskimos were granted visa-free travel so that they could visit relatives, although for a long time now there have been no civilians living on the Russian island.

In the early 20th century the Eskimos migrated to Little Diomede (about 135 still live in a small settlement on the island) and the others were moved to the mainland. The government also took under its protection the easternmost point of the Soviet Union, an island nine kilometers long. In 1941, the first border guard detachment arrived here. 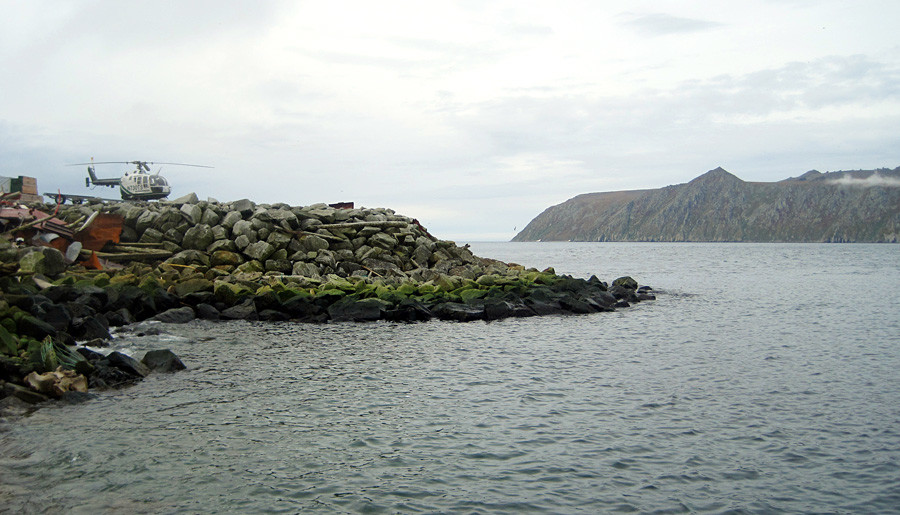 "Very quickly, a six-room wooden building was constructed in Vladivostok, as well as a warehouse and a bathhouse. It was all loaded in parts onto a steamer, together with clothes, food, and weapons - enough for three years - and moved to the island," says Gumerov.

They say that, after the Eskimos left, a local shaman came to the island and cursed it. And, allegedly, since then, for various reasons, people have been dying on the island. Gumerov, however, rightly observes: "People die everywhere and the island is no exception. What’s to blame - an accident, the forces of nature, or a shaman’s curse? I don't know." 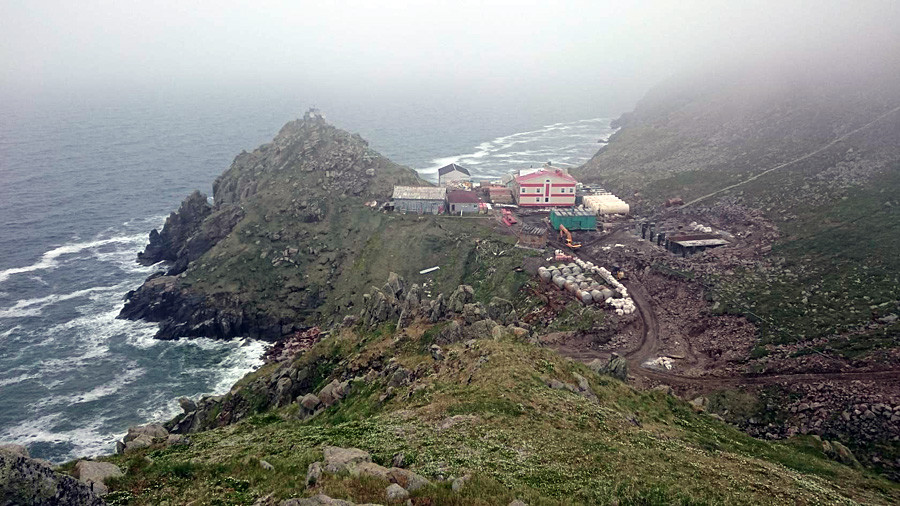 Groundhog Day beyond the polar circle

Life on the island is harsh - nine months of winter, with freezing temperatures and strong winds. For 300 days a year the island is shrouded in thick fog, so helicopters don't fly here often - once every two to four months - to deliver food and mail. Diesel is usually brought by tanker. Gumerov was sent to the islands on army duty from the south of the Republic of Bashkortostan. 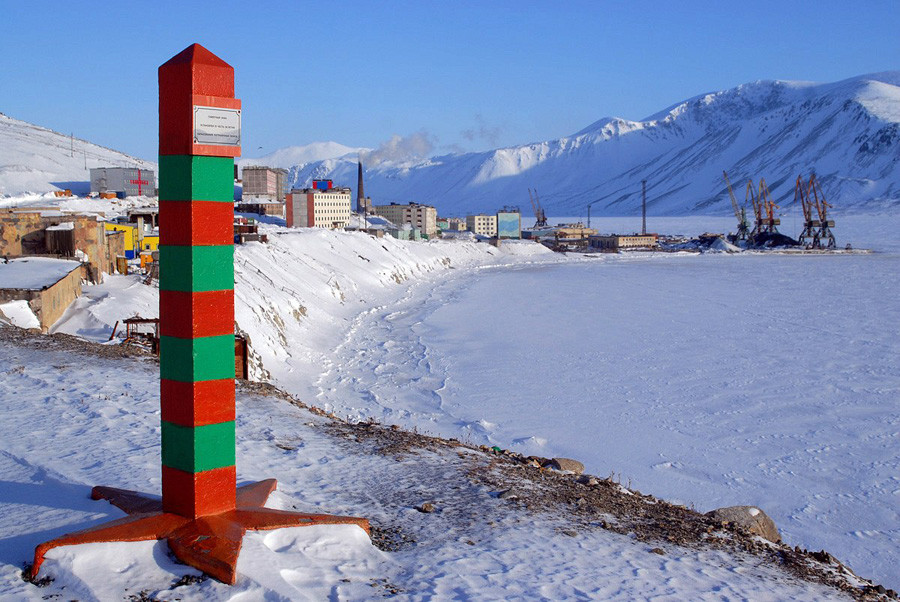 "You get tired of the color white and the snow, which are everywhere and always, as far as the horizon. My time here was marked by worn-out clothes and footwear, and meager food rations - a constant feeling of light hunger. Even in order to prepare food or to wash, you had to melt dozens of tonnes of snow. No television, no newspapers, no telephone. Constant chores, service duties, a bath once a week. And bullying, of course, wasn’t suspended just because we were there. Every day was the same - it was like Groundhog Day," Gumerov recalls.

Now, he says, a lot has changed for the better. Only contract soldiers serve in the military unit and they have bottled water, TV, telephones, and "other benefits of civilization." 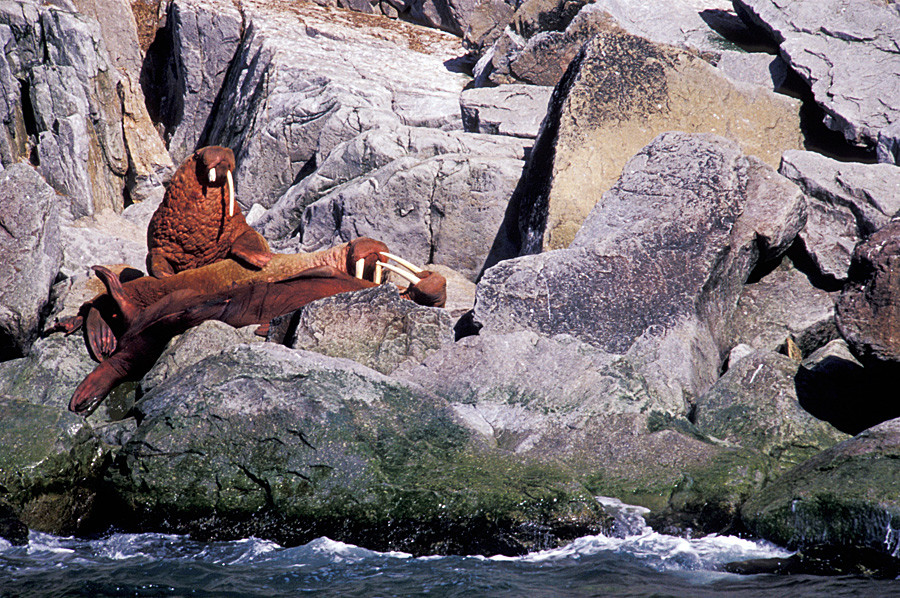 "I am not complaining, I am simply saying how it was. Incidentally, I haven't regretted once that I ended up there. I was lucky. Where else would I have seen dog sleds, reindeer, thousands of birds on high rocks, cranes flying to Eurasia in the spring and back to America in the autumn, orcas chasing walruses, whales, polar foxes, and polar bears? And all of it in the wild, all for real. Maritime vessels. The northern lights in the winter and white nights in the summer. I also went to Kamchatka. I saw Russia when I was taken by train from Ufa to Khabarovsk. It was a special place where many things intersect. I became a different person there." 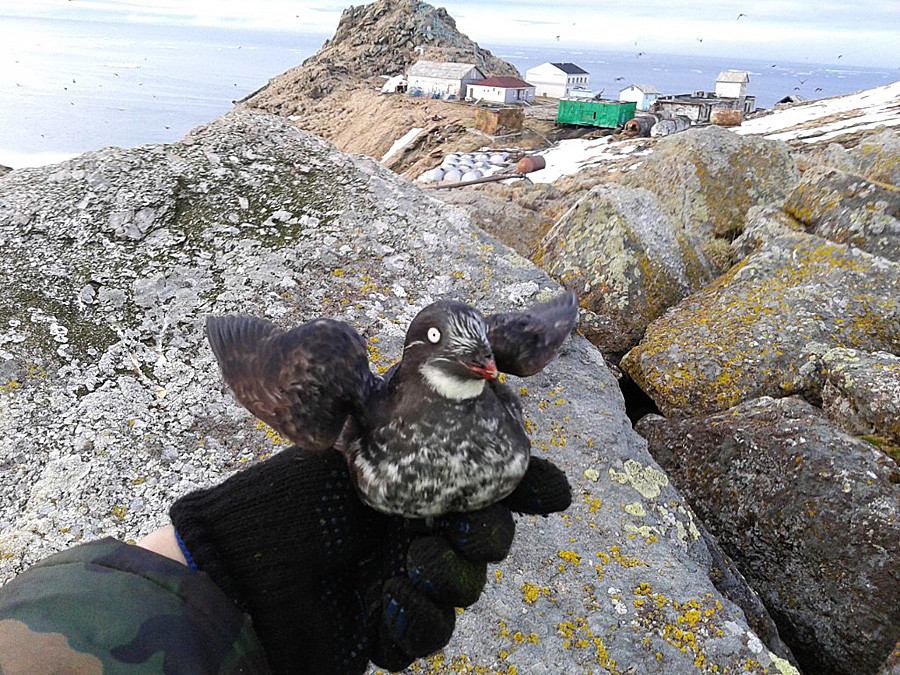