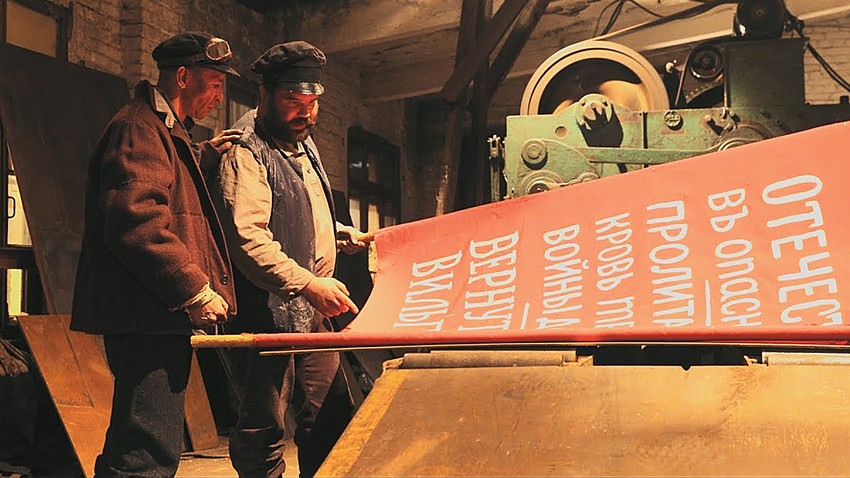 "What would it be like to step into the boots of soldiers fighting in the trenches of WW1? Imagine seeing Vladimir Lenin and Joseph Stalin up close!"

RT
‘Revolution in 360’ drags viewers into the past when gripping events changed the country forever.

Have you ever wondered what it was like to live in Russia when the 1917 Revolution gripped the country? What would it be like to step into the boots of soldiers fighting in the trenches of World War I? Imagine seeing Vladimir Lenin and Joseph Stalin up close!

Well, now you can experience all of these things, thanks to a series of panoramic, 360 videos produced by RT. They’ve been uploaded onto YouTube to mark the centennial of the October Revolution and give viewers the chance to immerse themselves in the events that altered the course of history.

Watch the episode called “In the trenches of WWI” and transport yourself to the heart of one of humanity’s deadliest battles. Share a trench with Russian soldiers and view the horrors of war with your own eyes - through VR glasses.

Other episodes show unrest in a Russian prison, tsarist police storming an underground printing house, Lenin’s safe-house, and much more.

“It’s a challenging task for the director,” said RT’s Alexander Skryabin, who directed all eight episodes. “You cannot leave the stage while filming the episodes, but you also cannot stay there as you are since it’s a 360 video.” Sometimes, the whole team, including the camera and sound men, had to dress as characters in the video to hide their presence from viewers.

Each episode is accompanied by a brief history lesson, with the characters acting out iconic scenes at the beginning and end of each video.

“In 2017 the world has changed. We no can longer teach history like it was taught 50 years ago. It’s very easy to say that the youth is not interested in history. No, we have to think of the ways to make history interesting. I think we did it,” said Alexey Nikolov, managing editor at RT, while commenting on the project at a presentation hosted in the Ploschad Revolyutsii (Revolution Square) Metro station in Moscow on Nov. 7.

RT has also launched the #1917LIVE project, which allows Twitter users to dive headfirst into the dramatic year. The virtual world of tweets has its own leaders, workers, soldiers, and even a newspaper known as The Revolutionary Times or @RT_1917. The unique projects throws its followers right into the turbulent times, reporting live from the besieged Winter Palace, frontlines, and factories, and even from inside its editorial office during a police raid.