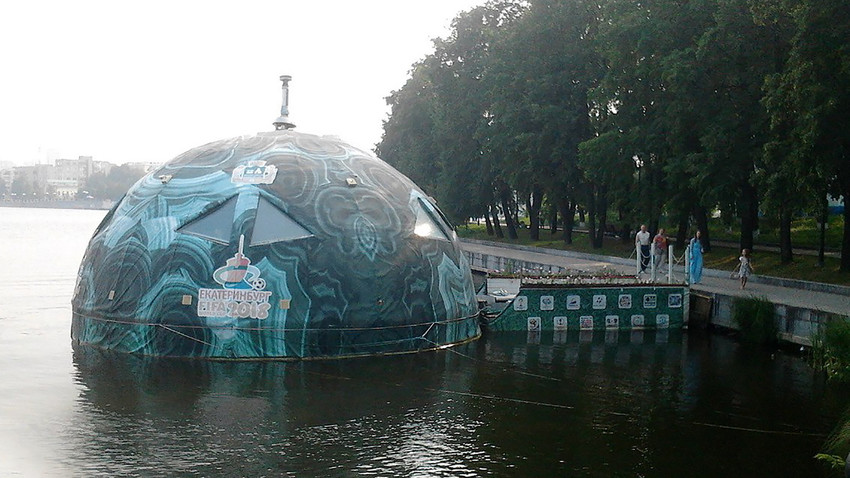 ekb-room
The odd globe has been fueling conspiracy theories.

The story of the strange floating sphere first emerged in April 2014, when Yekaterinburg residents noticed the object floating on a pond. No one could work out what it was - and the local authorities wanted to destroy it.

Several theories emerged. Some said it was a cafe serving oriental cuisine, while others said it was planned for the World Cup - and would be painted to resemble a football...yes, these ideas sound very strange indeed. 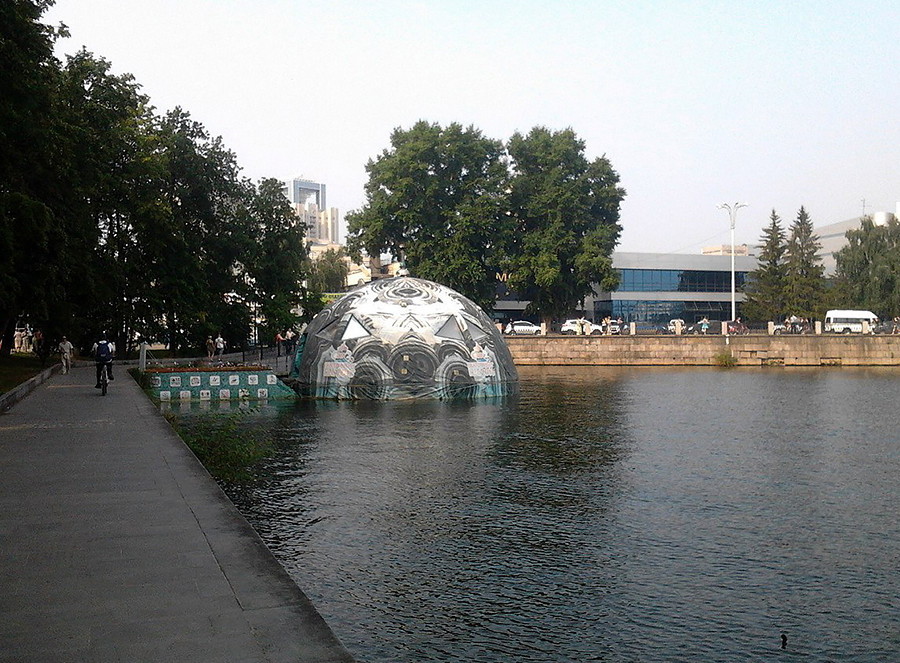 No one could work out what it was

But an inscription appeared on the sphere: “Police Headquarters.” Bizarrely, it turns out the orb is part of Russia’s branch of the International Police Association (IPA). The group comprises 300,000 former and current officers from the around the world, including American actor Steven Seagal and former junior welterweight boxing champion Kostya Tszyu.

“There are usually a few people inside it and they become nervous when people come to see the sphere, said a reporter from Znak.com.

Last year, the globe was moved to the other side of the pond, but nobody knows why.