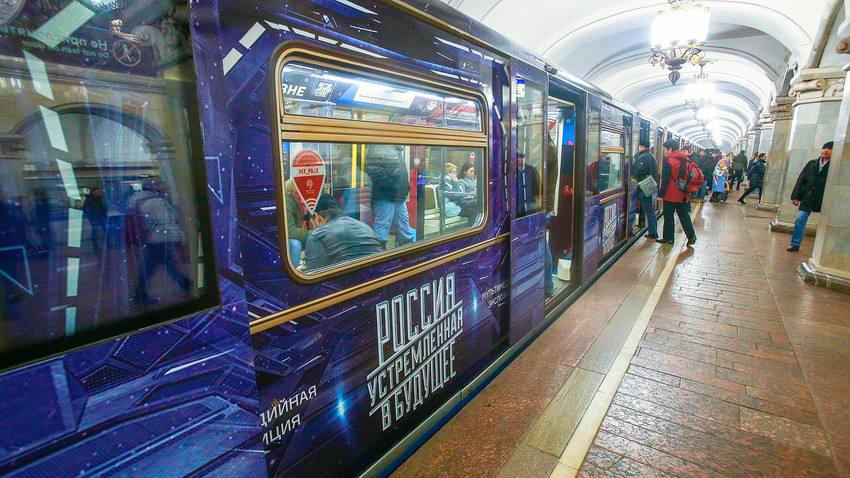 Moskva Agency
“Of course, nobody thinks the future is running in a circle”

The Moscow Metro has unveiled a new themed train named ‘Russia Focused on the Future’, which is dedicated to a Manezh exhibition of the same name.

However, recent visitors have expressed irony at the fact that the train is running on the Circle Line… “They are looking for the a circle”, said users.

But Moscow metro press secretary Nadezhda Dorzhieva see the humor in this: “And why is this strange? The Circle Line is one of the most used, so quite a lot of passengers will see this train. Of course, nobody thinks this [the future] is running in a circle”.

This is the 24th train that the Moscow Metro has decorated especially. Like the Manezh exhibition, the train depicts Moscow transport, energy, IT technology infrastructure and large urban projects.