Does Vladimir Putin have any true friends? 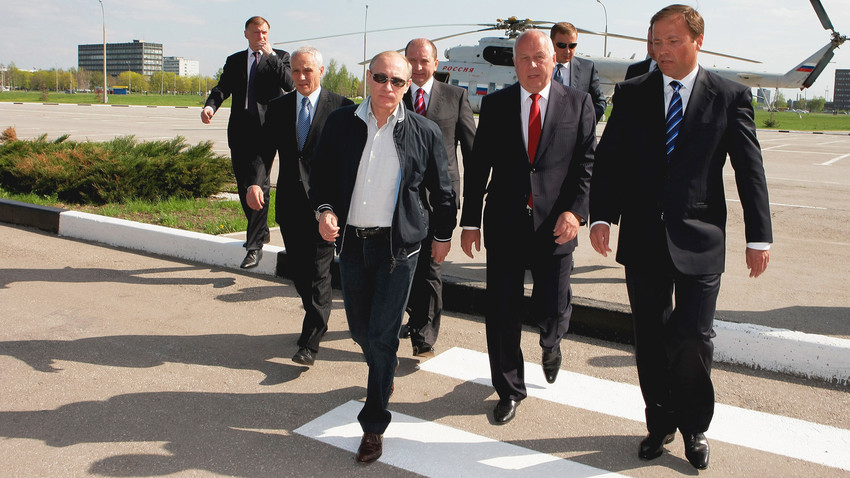 Does Vladimir Putin have any true friends?

AP
When you’re a powerful head of state, naturally everyone wants to be your friend. In fact, Putin has quite a few tried and true friends, and the list primarily includes the judo sparring partners, businessmen, and colleagues who he knew in St. Petersburg in the 1990s. But how many are genuine and reliable friends?

A soloist and conductor at the Mariinsky Theater, a music manager, a philanthropist, a world-famous virtuoso cellist from St. Petersburg - Sergei Roldugin has many public "definitions." For many years, however, "Putin's best friend" was not the most important among them. That said, Roldugin has never tried to conceal his long-standing friendship with the Russian leader; he just didn’t emphasize it.

Roldugin first came to the spotlight as "Putin's best friend" in April 2016 when the International Consortium of Investigative Journalists (ICIJ) tried to link him to offshore companies in Panama.

In Putin's biography, First Person (2000), Roldugin tells the story of how in 1977 he got to know the future president, and "has been with him since." At that time, both were just slightly over 25 years of age. Putin had already graduated from law school and was working in KGB counterintelligence.

Later, Roldugin recalled: "Volodya studied with my brother. I lived in another city, and when I came to Leningrad [St. Petersburg's name] my brother told me about Vovka. He’s just like a brother to me. When I had nowhere to go, I’d go to him, I slept and ate there." 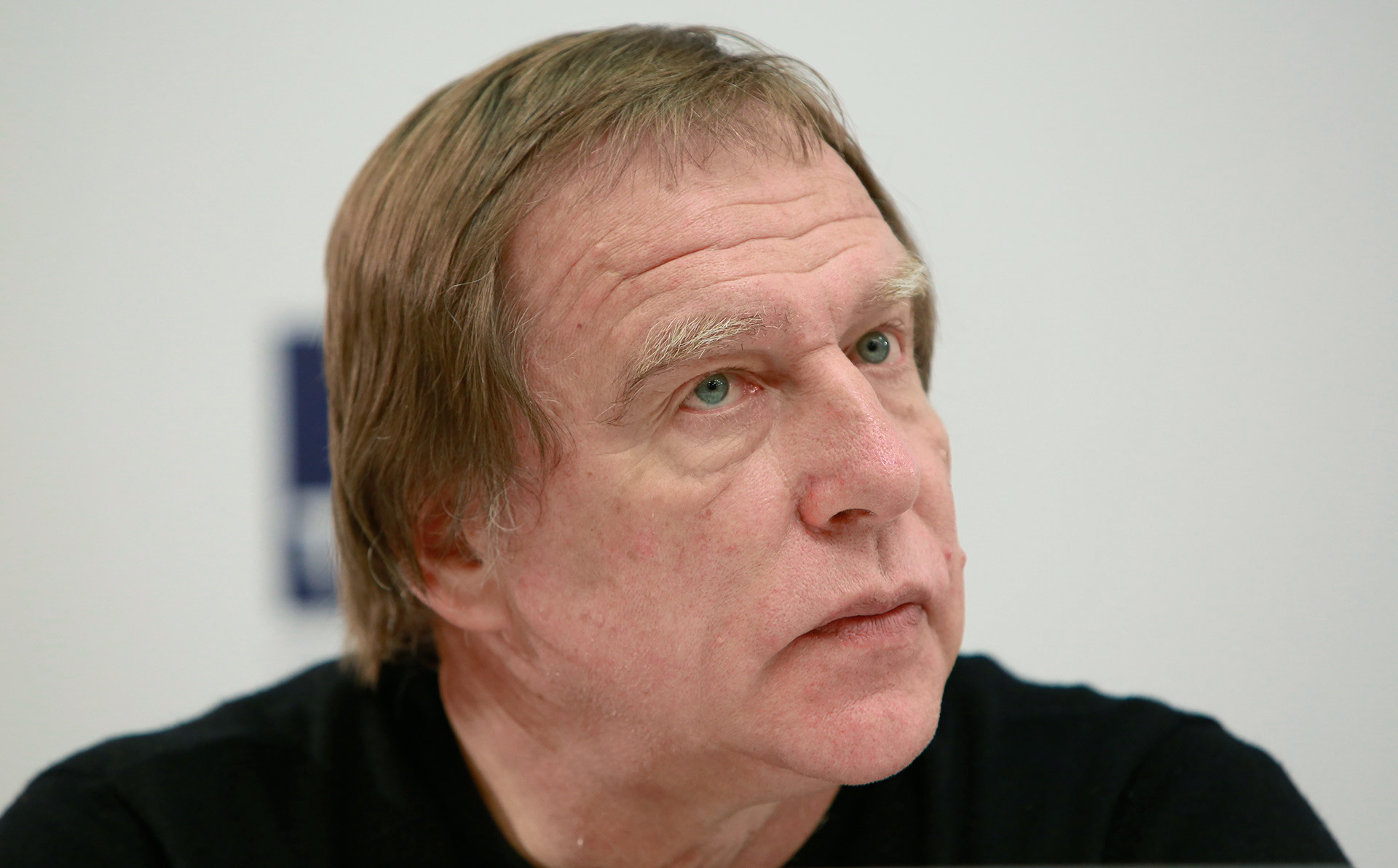 Roldugin is of the president's friends who publicly calls him not just by his first name, but also uses informal diminutive names, as pointed out by the Moscow newspaper, Vedomosti.

Together, Roldugin and Putin went on double dates, fought in street brawls and drove cars around the city. Together, they brought Putin's daughter, Masha, home from the hospital after she was born (Roldugin was her godfather). Compared to w1Putin, at that time the cellist was better off financially. He graduated from the Leningrad Conservatory, and went on tours to Japan: "I had more money than Vovka. I brought him souvenirs from my trips, and stuff."

For more than 15 years, the media and some politicians have been referring to this influential bishop as “Putin's confessor,” although Father Tikhon himself has never publicly asserted this (or denied it for that matter, and neither has the Kremlin). He is said to be very close friends with the president. Reportedly, except for Father Tikhon, nobody knows Putin that closely. "In fact, I know Vladimir Vladimirovich Putin just a little," says Father Tikhon, adding: "Let them who is ready to say that they know our president inside out, cast the first stone at me."

Their friendship supposedly began after Putin's , Lyudmila, almost died in a car crash in 1993, and the future president took stock of his life. "One day he came to our church because our monastery is located near where he used to work," says Father Tikhon. Prior to meeting Putin, he was already known as a "Lubyanka priest." After all, Putin was not the only Russian Orthodox believer among KGB staffers to talk to the priest. 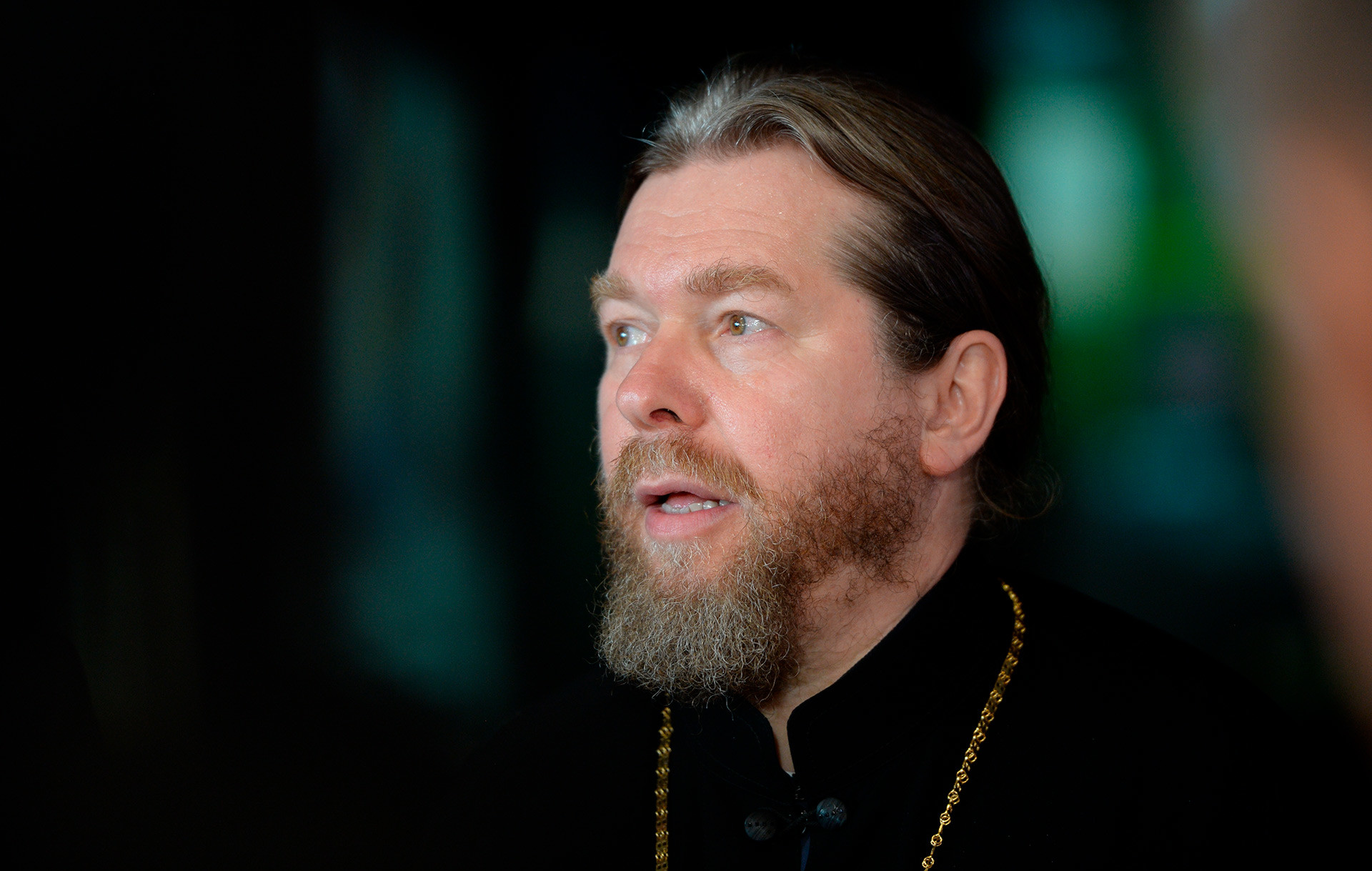 It is also said that Father Tikhon has had a great influence on Putin, a claim that he has repeatedly denied, saying "I am no Cardinal Richelieu," and that a person capable of influencing Putin's decisions "does not exist… If only the president, as is well-known, does not tolerate any direct or indirect attempts to influence him," Father Tikhon insists.

As a graduate of VGIK [one of the country's most prestigious film Father Tikhon has a strong background in film, and he’s now filming a chronicle of his monastery, which also features himself. While he also writes books, including memoirs, Father Tikhon has never once mentioned the president.

In the early 2000s, he looked "like a man from outer space." In Mikhail Zygar's book, All the Kremlin's Men. Inside the Court of Vladimir Putin, Moscow spin doctors describe Viktor Medvedchuk as: "A European through and through, completely unlike all the others, refined, educated and very effective." These days, according to the same book, this "European through and through" is a completely closed person, and in order to talk to him, you need to get through a dozen assistants and advisers.

His friendship with Putin is widely and began when Medvedchuk was the head of the administration of Ukrainian President Leonid Kuchma (2002-2005). Putin is godfather to Medvedchuk's daughter, and during visits to he stays at Medvedchuk's dacha in a close family circle, which he spoke about in a TV interview. According to Putin, Medvedchuk is a Ukrainian nationalist, although Medvedchuk himself does not like this definition, preferring an enlightened patriot instead. 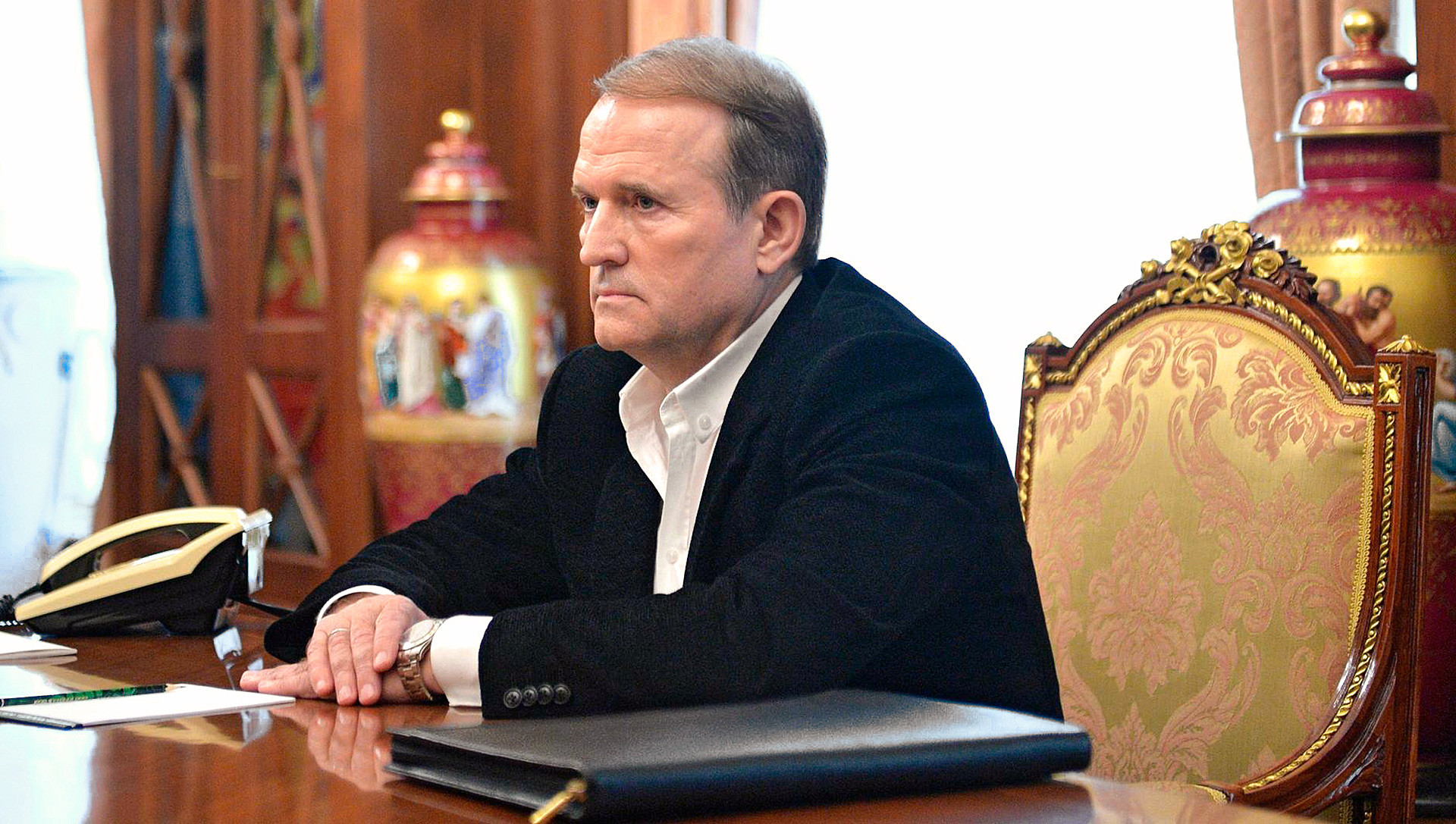 "It's no secret that his father was an active member of the OUN [ultra-right Organization of Ukrainian Nationalists], was convicted by a Soviet court, spent time in prison and was exiled to Krasnoyarsk Territory, where Medvedchuk was born," said Putin, without offering any assessment of those allegiances.

All this time Medvedchuk has been an active intermediary between Moscow and Kiev, as officially confirmed by the Kremlin. According to Zygar's book, during the Orange Revolution of 2004-2005, Putin believed only one person in Kiev - his friend Viktor Medvedchuk.

There is also a theory that Putin only trusts "the Dresden crowd," who are his colleagues from the intelligence division in Dresden, where he worked from 1985 to 1990. One of those "friends for life" is Sergei Chemezov, who currently heads the huge state corporation Rostec; another is Putin's "mentor," his boss in Dresden, Lazar Matveyev. 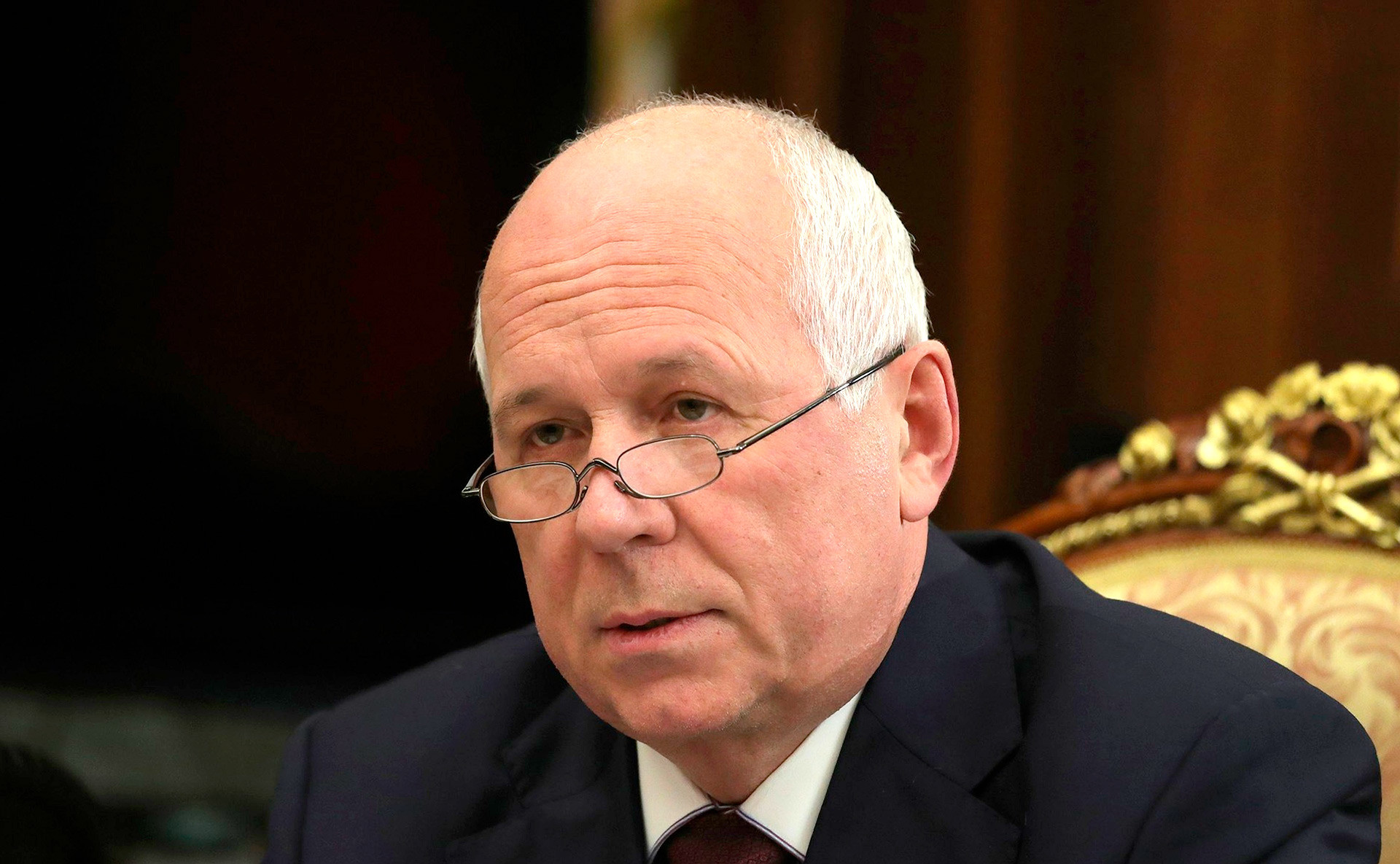 Nearly 30 years later, they remain in touch. When Matveyev turned 90, together with Chemezov, Putin visited him at his flat in an ordinary residential building in the Moscow district of Zhulebino in order to wish him a happy birthday.

"What’s the point of denying something that took place? Indeed, we worked in the GDR together … We lived in the same building, we were close, as colleagues and neighbors," Chemezov recalled. At that time, both were married and their wives also were friends.