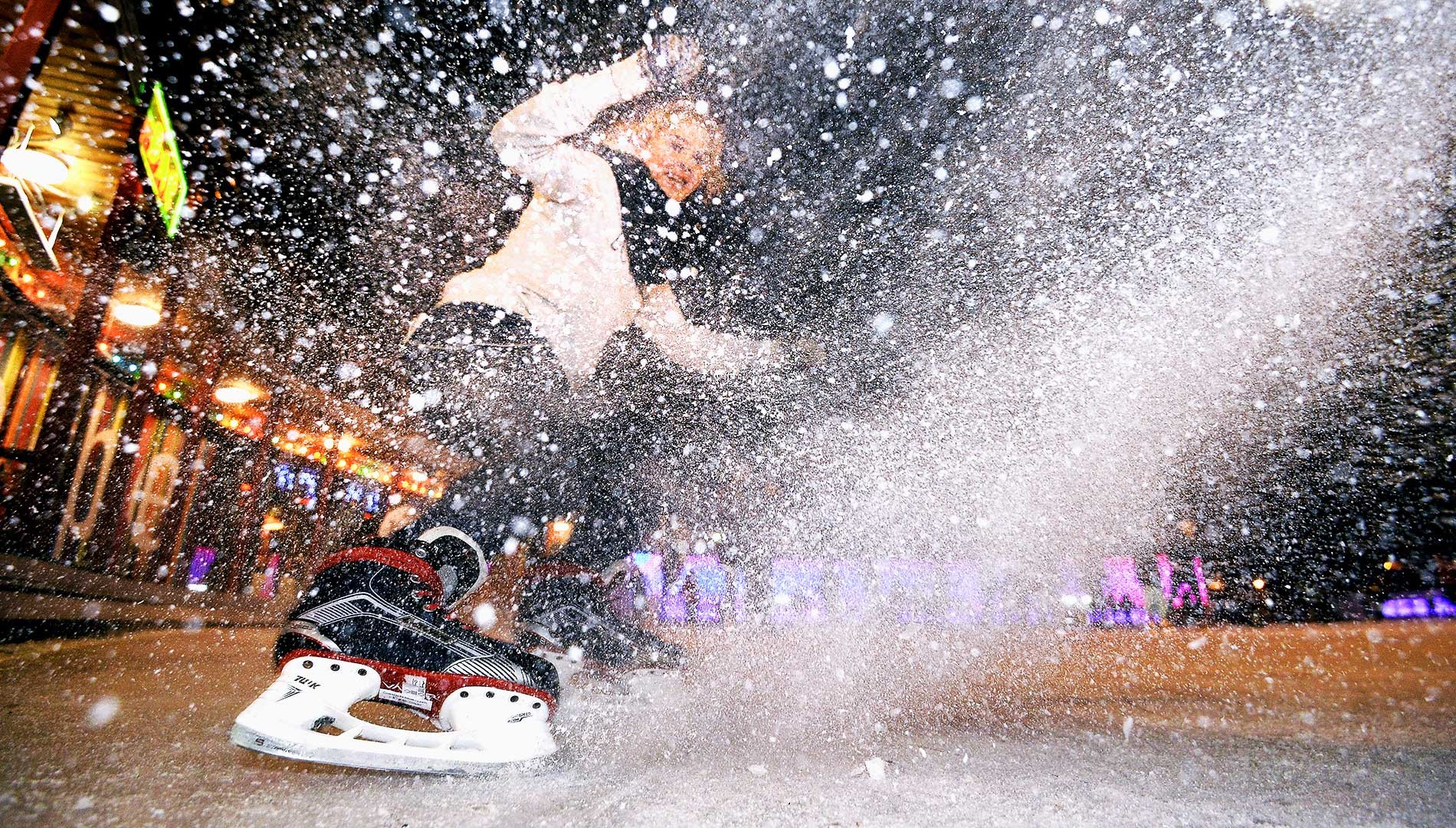 Ramil Sitdikov/RIA Novosti
Skating was introduced to Russia by Peter the Great, who saw it in Europe, where he found many other useful and interesting things (such as fashion or food products). So why not skate in a city built by Peter the Great? 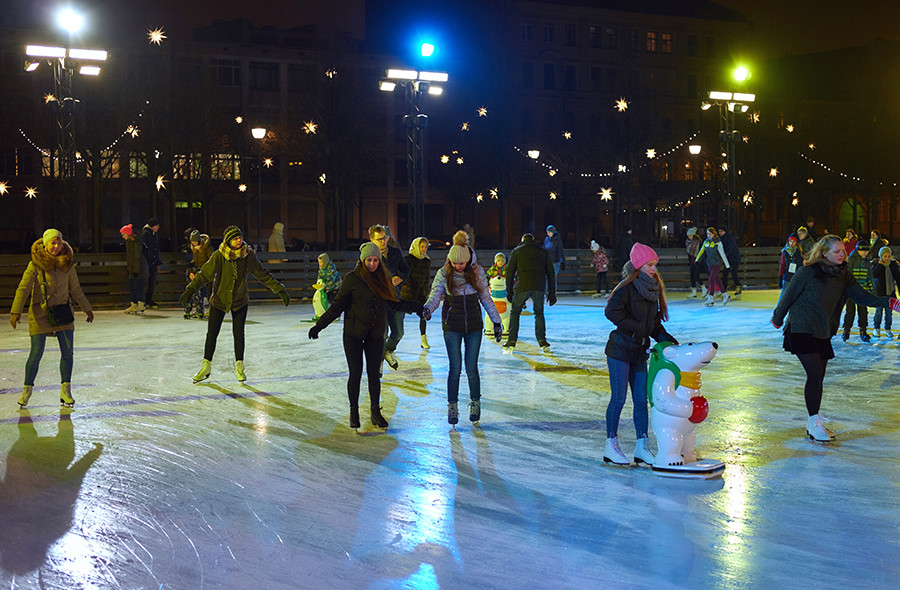 Probably it was Holland, Peter’s favorite country, where he spied skating and then in Russia began adding blades to boots. Built in century for naval needs, New Holland island was closed to the public until 2016 when a cultural space and park opened here.

We've already written a detailed guide on what to do in New Holland. But the main reason you should visit it in winter is, of course, for skating. A 2,000 square meter area in front of the main stage is covered with ice from Nov. 18 until March 18. Skating is available according to a set schedule ( terms with a half hour breaks to restore and clean the ice).

The schedule and prices are available here. 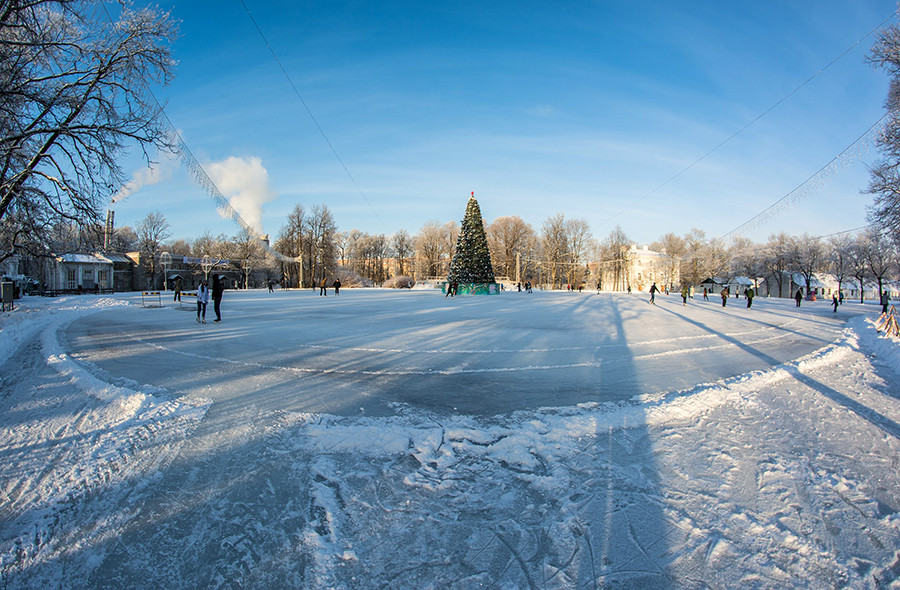 It’s a pure pleasure to skate in picturesque Kirov Central Park of Culture and Leisure on Yelagin Island. The open ice rink there is open only when the temperature is low enough for ice. If you are not sure you can check if it’s open on their website.

Though this page is in Russian – if the red caption says “ ЗАКРЫТ!!! – it means the rink is closed. Anyway, the park itself is a great place to walk and enjoy winter (and especially summer) nature. It’s a little far from the city center, Here is the map of the park and website in English. 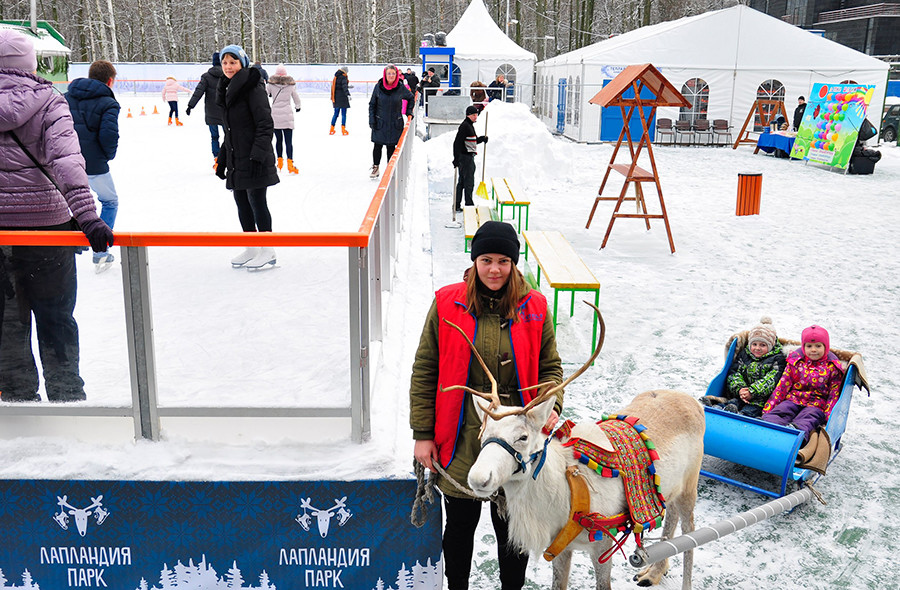 This park is just a great place to spend time with kids and enjoy nature and deer! There is a deer farm and you can feed them and take pictures with them.

The ice rink has special technologies allowing it to work even in temperatures as high at +15C (which is not very likely during winter in Petersburg).

The park is situated on Krestovsky Island. (Website in Russian) 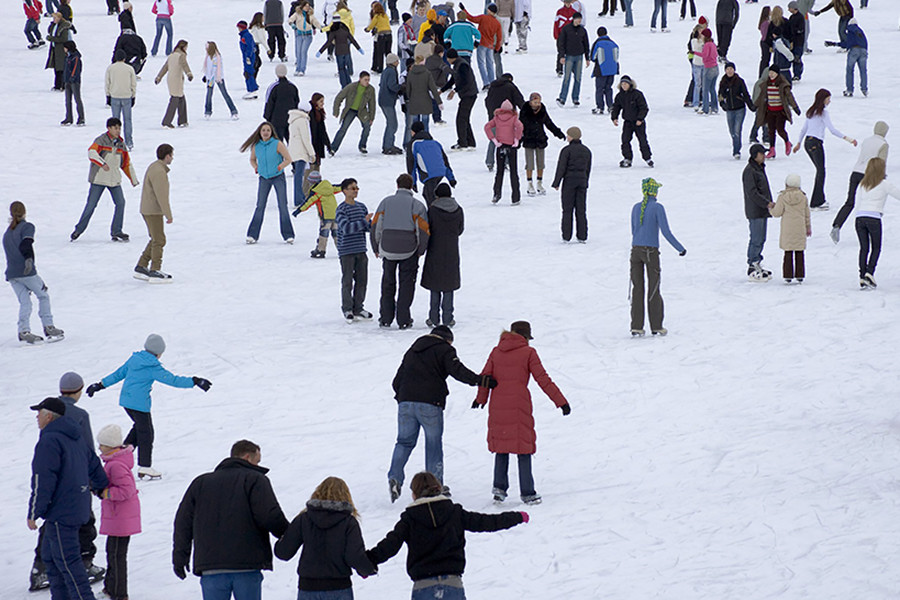 Usually the Olympic school of speed skating trains on this 4,000 square meter ice rink, but in the rest of it’s opened for public skating.

Lights, and skate rental – everything you need to spend a pleasant, active free time. Internet users complain that during weekends due to many visitors, the ice is not always good. So if you don’t want to get unlucky and go so far – choose something closer to center. 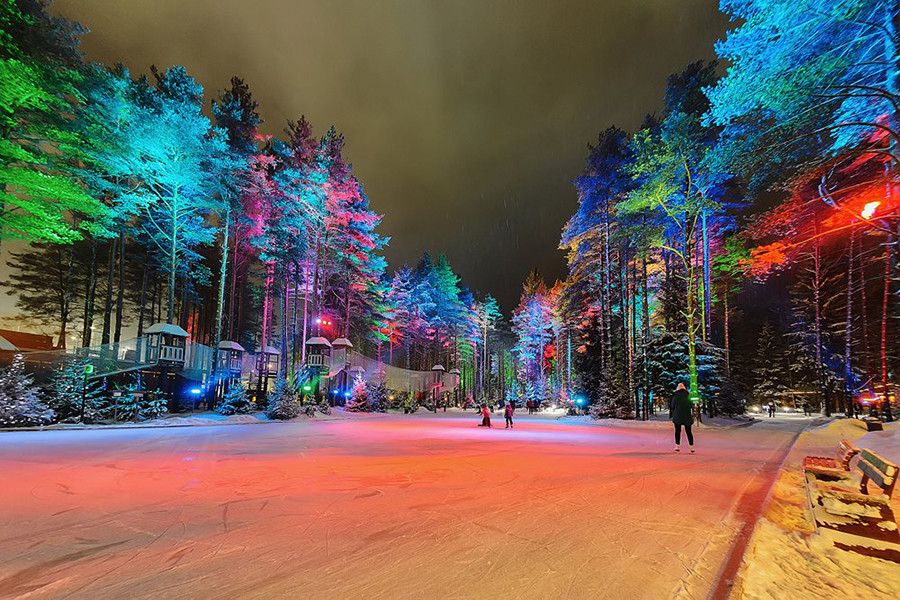 Six miles east of the city, the Okhta Park resort is situated in the middle of a forest. There is lots of entertainment from mountains ski and bikes to tubing, children’s playgrounds and a spa complex. You can also stay in the hotel and spend the whole weekend there.

The ice rink covers over a mile long iced path through the forest. Just imagine how great it is not to be skating in circles, but gliding through snow covered fir trees.

Detailed info can be found here (Website in Russian).

If you are afraid of the cold, there are many indoor ice rinks, for example in Tavrichesky Garden or in Yubileyny complex not far from Peter and Paul Fortress.