Why did a young Russian doctor open a hospital in a remote Guatemalan village? 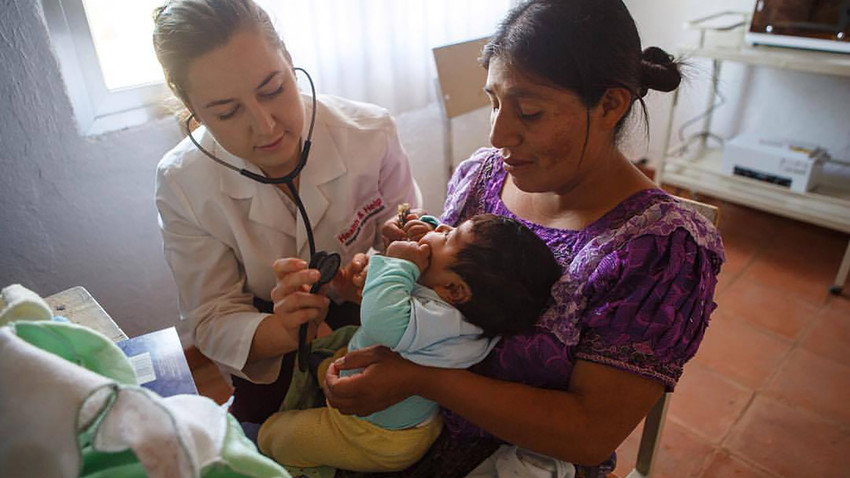 Health & Help
Thanks to Viktoriya Valikova and her charitable project volunteer doctors spend time in jungle settlements where locals previously had no medical care.

Every person has the right to health, regardless of nationality and economic well-being, believes Viktoriya Valikova, a young doctor from the city of Ufa, the capital of Bashkortostan in Russia. Valikova is a tropical disease specialist and she recently opened a hospital in Guatemala.

Valikova graduated the University of Antwerp in Belgium, and on her first mission with Vivir en Amor, which is a non-profit organization offering free health care and educational services, she was sent to work as a doctor to Guatemala.

“I specialize in infectious diseases because I find them very interesting,” Valikova told Russia Beyond. “Tropical diseases force you to think because you need to know more than just about the disease itself. Tropical medicine requires a doctor to know a lot in related fields, for example, about tropical insects and plants.”

The young doctor has been living in Guatemala for three years, but she practiced medicine in Russia, Honduras, and Haiti. Together with her friend Karina Basharova, she organized the non-profit organization, Health & Help, to provide medical assistance to poor people and attract volunteer doctors from around the globe. 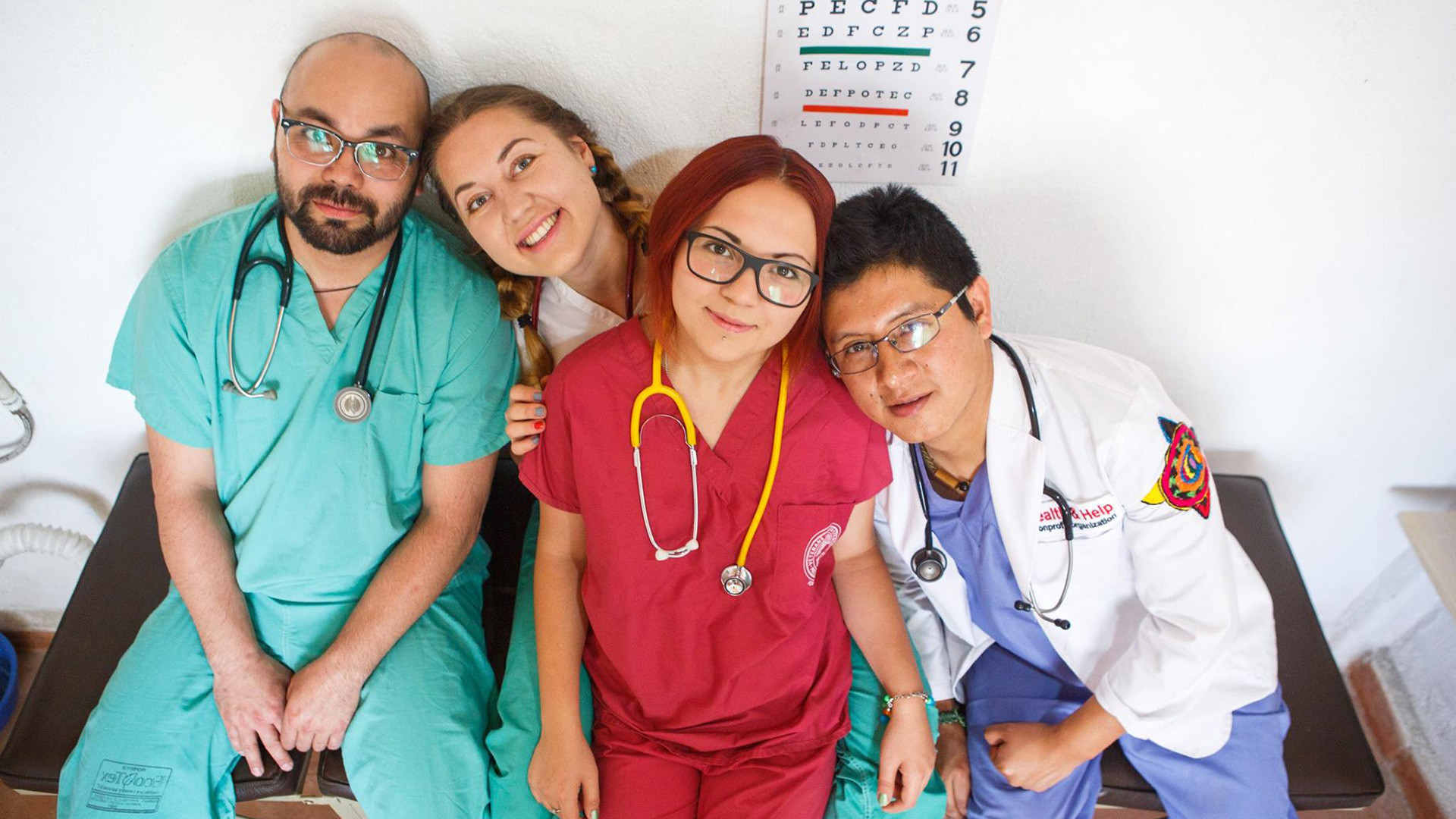 The first clinic in the small remote village of Chuinajtajuyup, Guatemala, was opened in February 2017. Before this, the district had no organized medical assistance. Funds to build the clinic were raised online over several months, with more than 1,000 Russians donating $22,000.

“The local government appreciated our plans, and we quickly received licenses for construction and for medical services, in just a couple days,” Valikova said.

Prior to the clinic’s construction, Health & Help had a temporary aid post to help residents get used to the Russian doctors. “And then the locals helped to build the clinic, which was one of our conditions.” 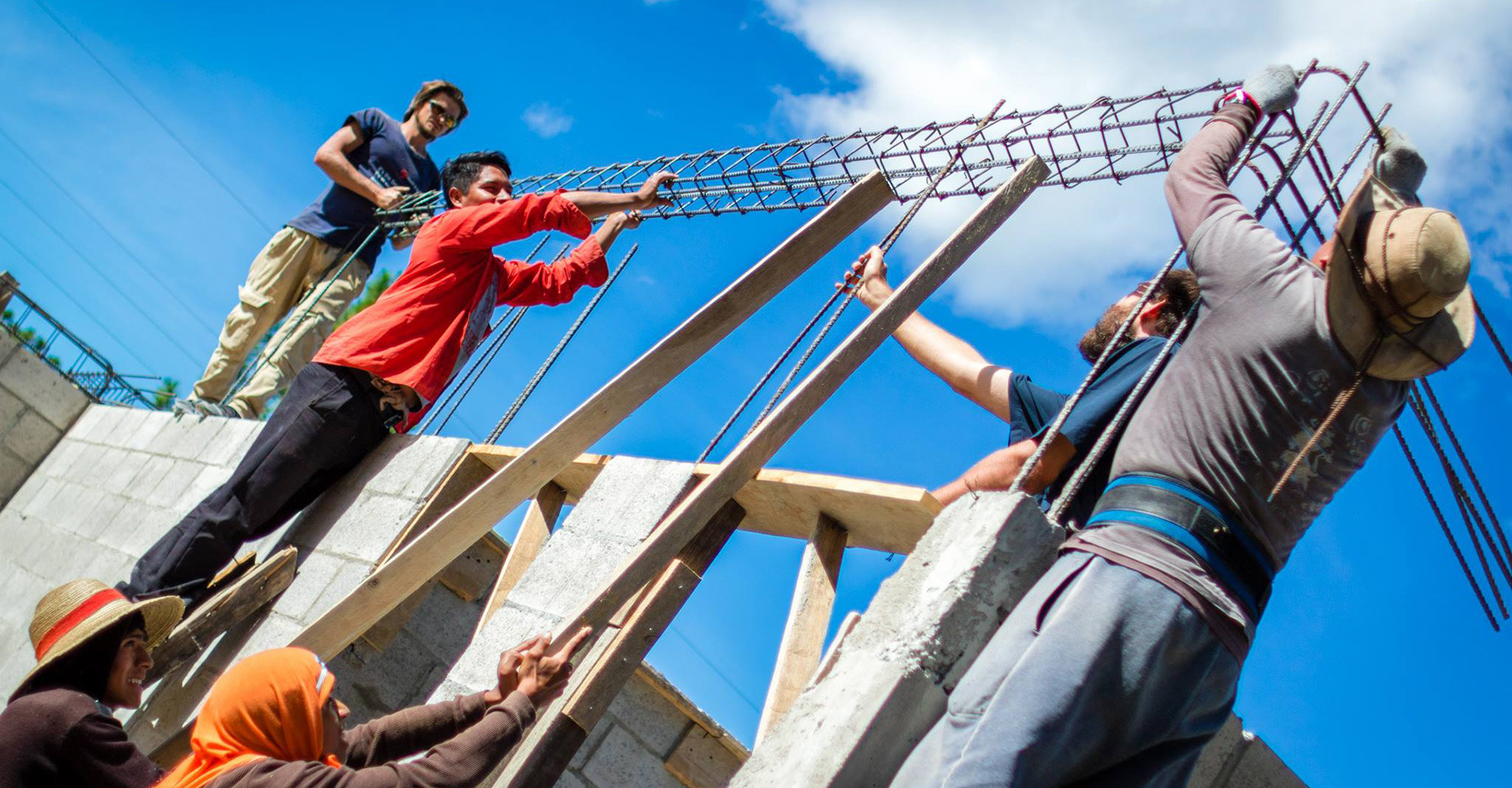 Locals helped to build the clinic in Chuinajtajuyup.

“About 1,000 people live in Chuinajtajuyup, but we also welcome people from neighboring settlements that have no medical facilities. In total, we provide medical care to about 15,000 people.” And of course, the doctors don’t take money; everything is free.

“To work without salary was a conscious choice,” explained Valikova. She and Basharova live on money earned from renting out their apartments in Russia. 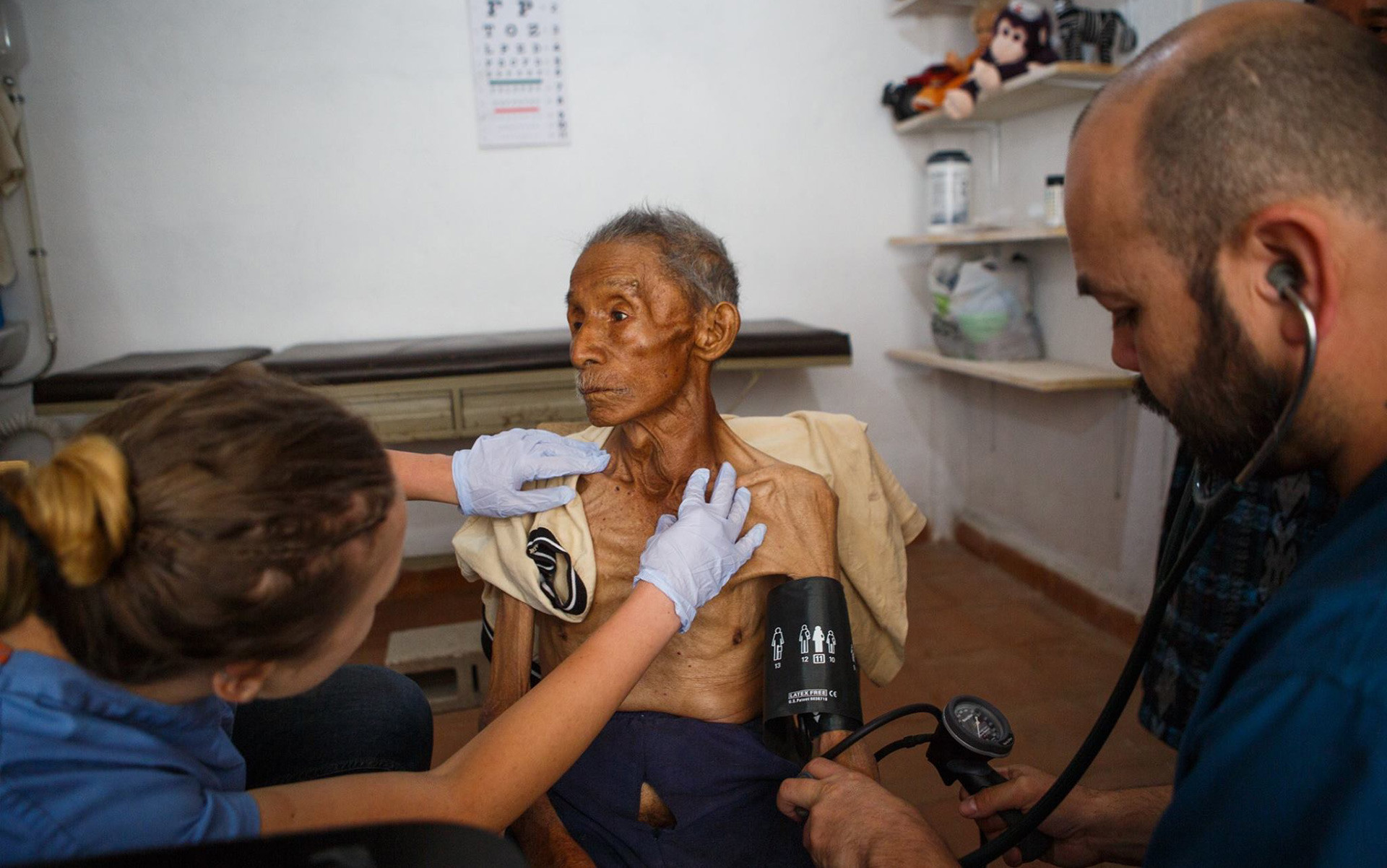 In addition to Valikova and Basharova, who manages the volunteers, at any given moment there are from two to six doctors and one interpreter on the team.

“Our doctors are volunteers, who we find via social media and special websites,” said Valikova, adding that their number depends on contracts – they come for different periods of time, and some return for another tour of duty.

“We have a great team of volunteers! In 2016, we worked with 35 people from around the world, including nurses and doctors, builders and architects, photographers and teachers.”

are not paid, and even bring medical supplies, and money. 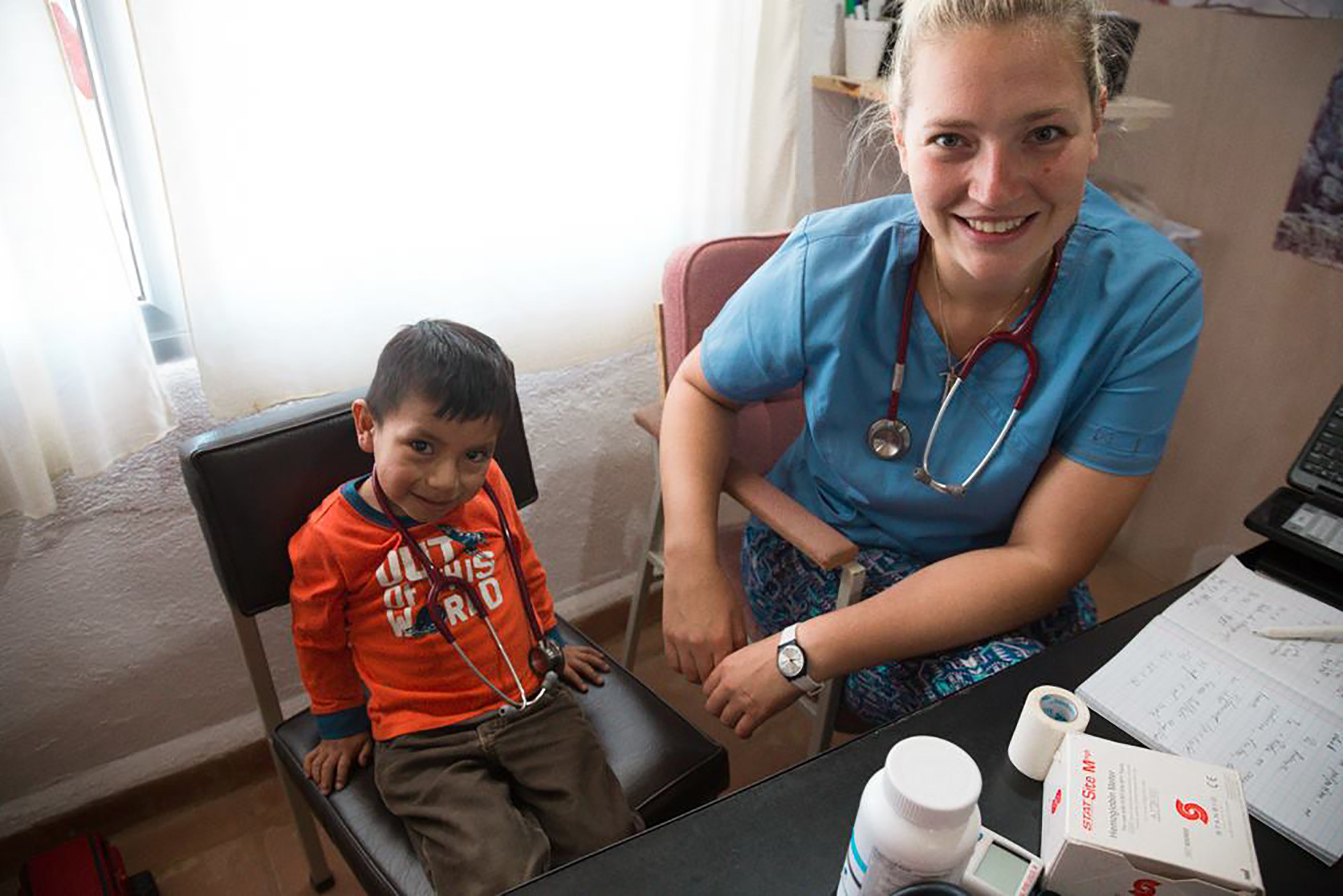 New clinic to be built in Nicaragua

After opening the clinic in Guatemala, Valikova has a new project - to raise funds for a hospital in Nicaragua, where the situation is even worse.

The fishermen’s village of El Rosario is in one of the country’s poorest regions, and the nearest aid post is 30 kilometers away. Valikova plans to begin construction next and to finish it by the end of 2018 or early 2019.

“We hope to build it even faster than in Guatemala, in about 3 months,” Valikova said. 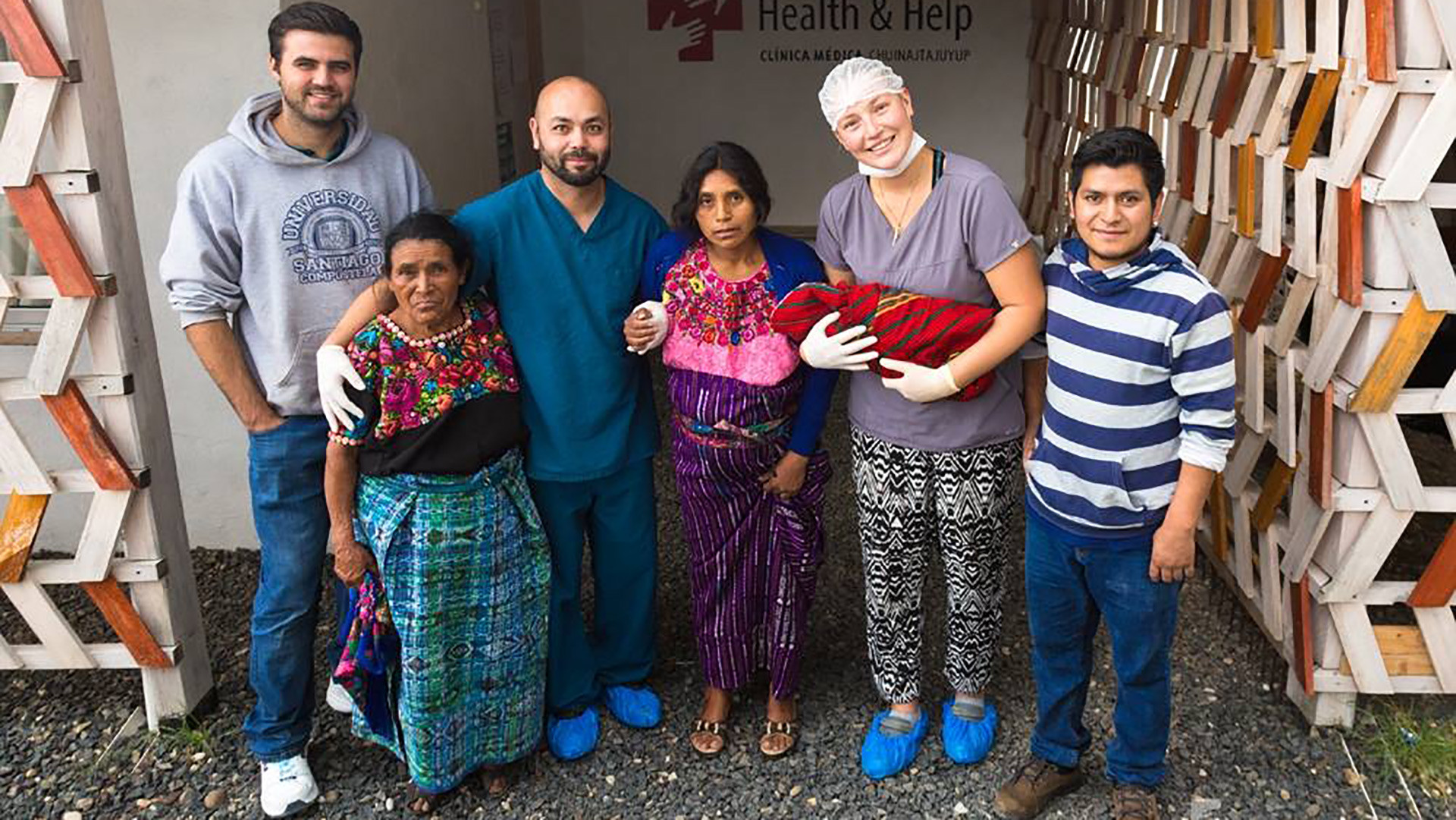 As in Guatemala, local residents will help build the clinic. The project was designed by volunteer architects Mikhail and Yelizaveta , who in building social institutions.

“After everything that has happened during all these years, I understand that genuine happiness is making other people happy.”