5 ways to entertain yourself between lessons: Tips from Russian students

Lifestyle
Eleonora Goldman
Tired of studying? Everyone needs a break from time to time so here are some easy games you can play with your friends. All you need is an exercise book and a pencil. 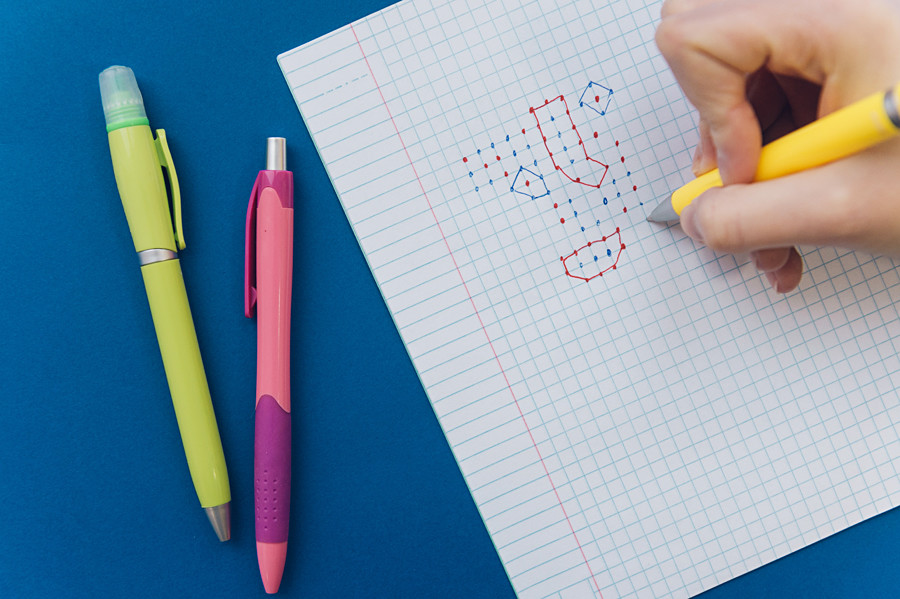 this game, you need a sheet of checkered paper and two differently colored pens. Your goal is to surround your opponent’s dots with your own.

Players put their dots on the intersection of the paper’s lines. The aim is to create a continuous (vertical, horizontal, diagonal) line of dots, encircling your opponent’s dots and capturing them.

At the end of the game, the player to have encircled the most “enemy” dots is the winner. 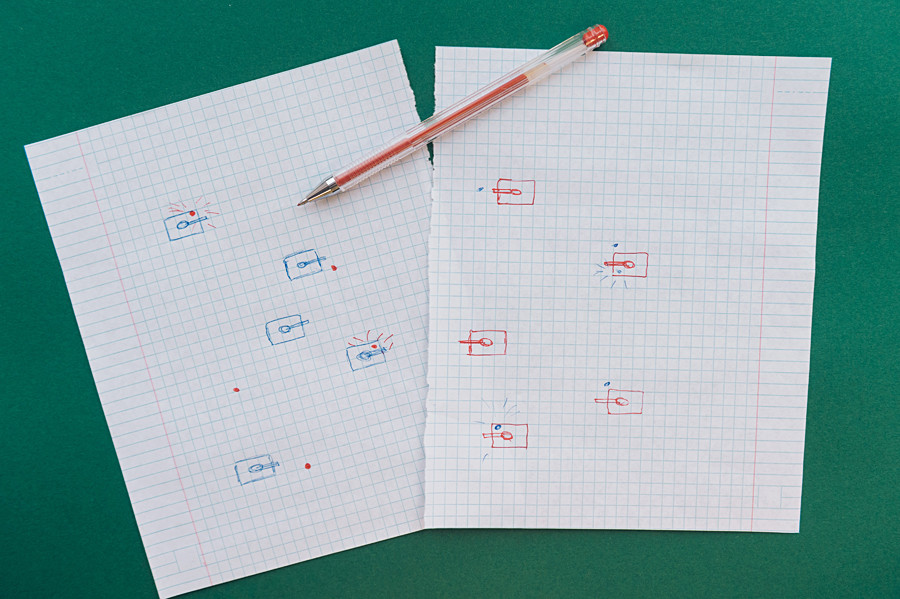 Students pull out a double sheet from the middle of their notebook and draw tanks on each half of the “battlefield.” A player draws a fat dot at the end of the barrel of his tank, folds the sheet along the bend and draws the same dot on the reverse side of the sheet, at the place where the trace of the “shot” is seen. In the end, the ink dot remains on the opponent’s field. If this dot “shoots” the opponent’s tank, it’s considered “killed.” Players can draw more tanks during the game until the sheet is over. 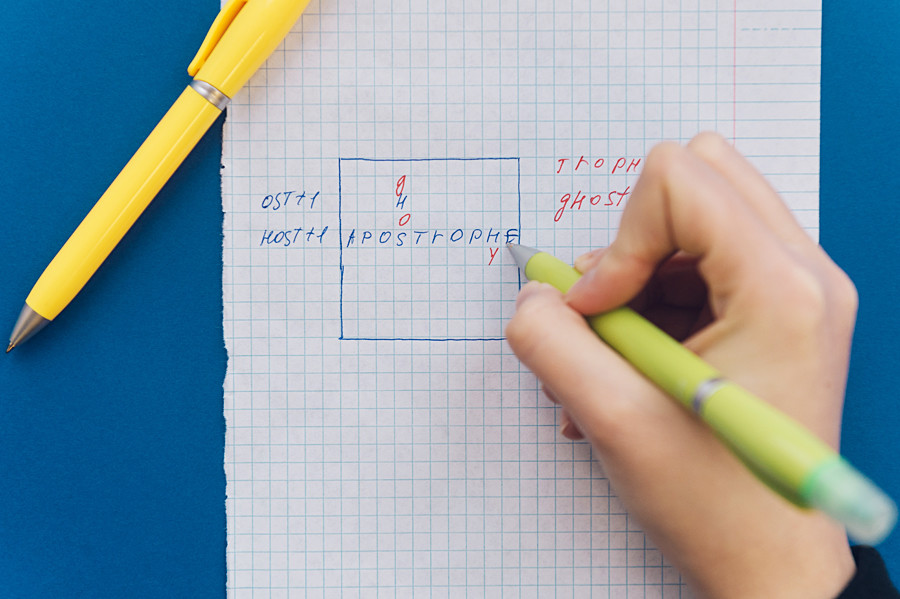 This is a version of scrabble but you don’t need any specific items to play. Draw a field of any size. The bigger the field, the longer you play. For a 45-minute game, a field of 10 x 10 is enough.

Write a long word (noun) in the middle of the field. Then add one more letter in turns to create new words. All of them should be singular nouns. Words can be read vertically, horizontally and diagonally in any direction. For every new word, the player gets as many points as there are letters in the word. The winner is the one who collects more points by the end of the game - when the whole field is filled with the letters. 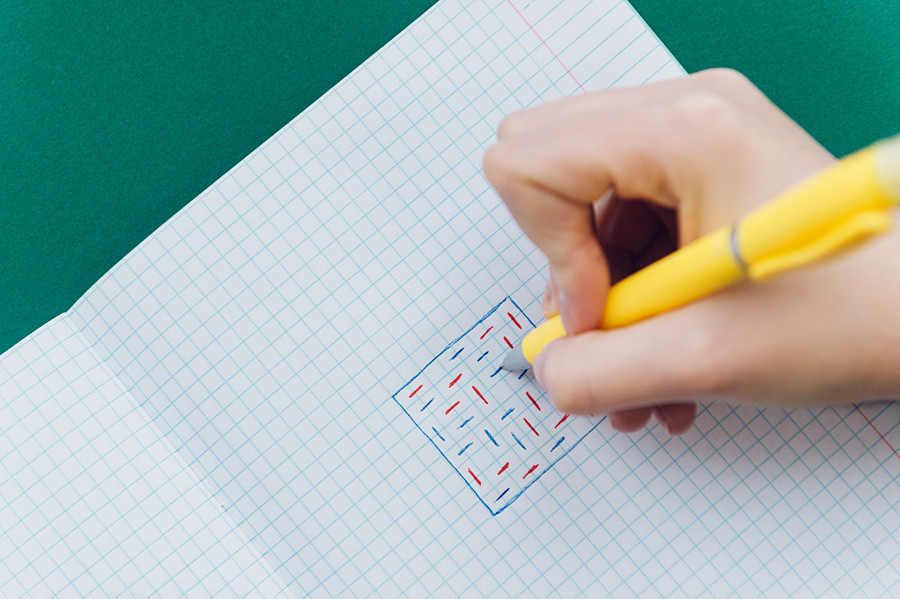 Another simple tactical game. On an eight by eight field players draw lines ("barriers") covering any two cells in a row. Lines can’t cross or touch the existing barriers. As the field becomes smaller and smaller, each player has to and calculate where to place their barriers. Whoever has no space to draw a new line loses. 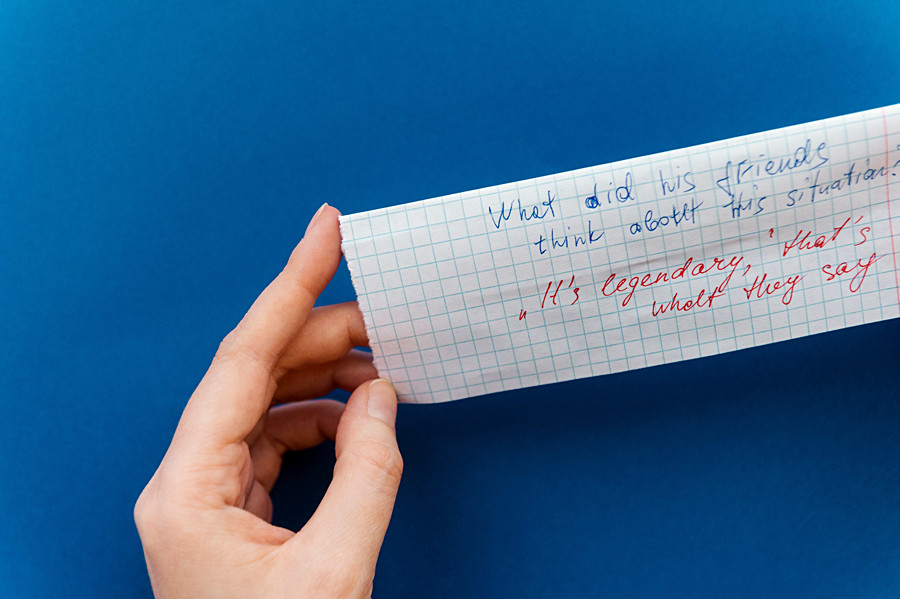 At the first glance, this game makes no sense, but it’s very fun to play it in a big group. The first player writes “Who?” on a sheet of paper and passes it to another player. The second one writes the answer to this question, fold the sheets carefully so no one can see it, writes another question and passes it to the next player. And so it goes. The questions could be: “Who did it?”; “When?”; “Where?”; “What did they do?” and so one. When the list is filled, someone unfolds it, reads it out, and (possibly) laughs.