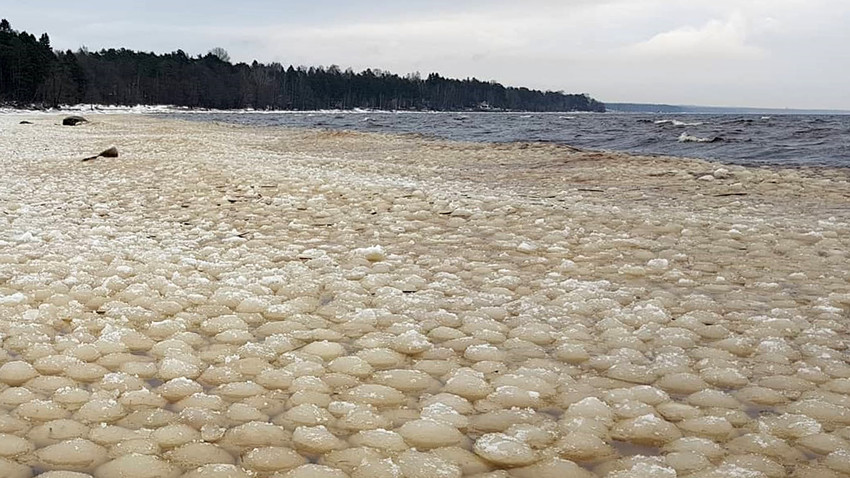 yuriy_shakhov
No one knows for sure where they came from...

Some people believe they could be fragments of an ice block or glacier, or created by a combination of natural factors. Several experts say when salt water freezes such formations can occur, while others note that the balls may be the result of industrial oil seeping into the ocean.

“Salt water is a mix of a variety of salts, so it crystallizes unevenly under cold flows,” says Russian ecologist Ilya Leukhin. “Crystals are formed around the nucleus. And in this case, water has crystallized around a gas bubble or hydrophobic liquid, a drop of which has a round shape in water.”

Last year similar balls appeared in Western Siberia, on the Gulf of Ob. An entire beach was covered in snowballs when they washed ashore.