Party like a Russian: 5 steps to make a Slavic celebration swing 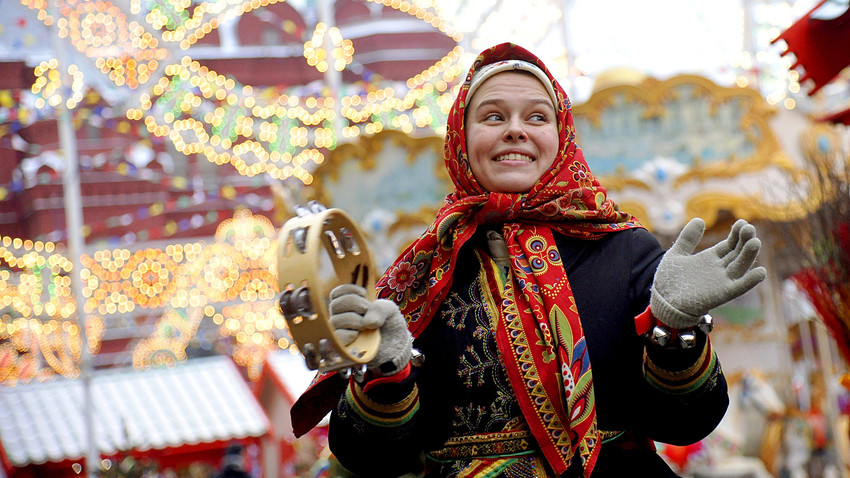 Alexander Avilov/Moskva Agency
We’ve all done it. Gone to a party and eaten and drank too much, only to end up with a hell of a hangover the next morning. We look back and can’t remember if we had a good time or not, and swear we will never do it again. Well, you don’t have to do it again because you can have a traditional Slavic party. Have lots of fun, and best of all remember the fantastic time you had.

1. You don’t need an occasion for 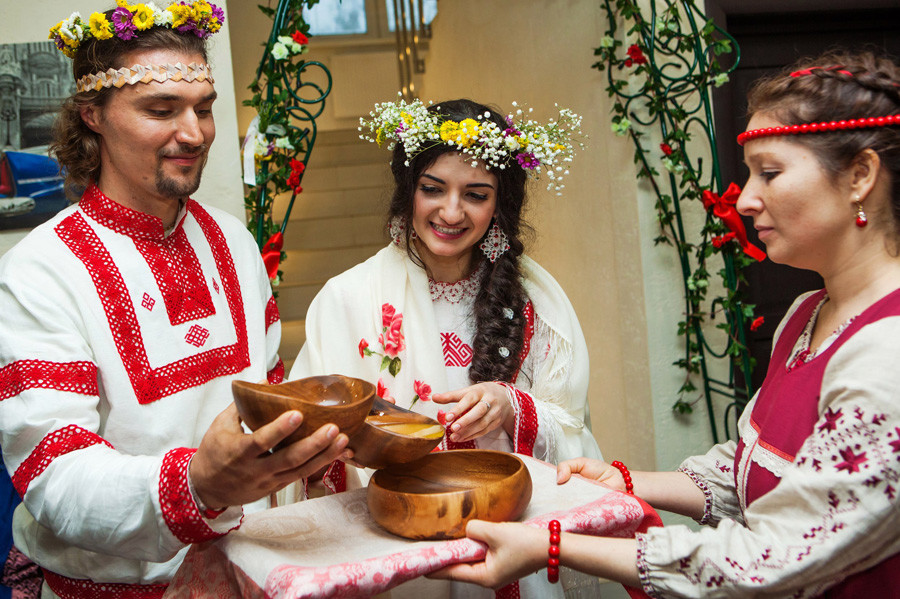 are seasonal, linked to the natural cycles of rural life, such as Maslenitsa, the farewell to the cold and winter. The big parties are also connected to birthdays or weddings, or other family occasions. But they don’t have to be, as a traditional party doesn’t need a specific occasion.

“There were specific rituals for a groom and bride in a Slavic wedding to check the compatibility of young people and their ability to feel and understand each other,” explains Sergey Efimychev, who has organized dozens of traditional Slavic parties with up to 450 guests.

For example, there is a ritual to help your partner overcome obstacles. The groom walks around holding one end of a rope, and the bride, with eyes closed, must follow holding the other end. Meanwhile, the guests put obstacles in her way, by imitating trees and bushes, in the forest. The groom warns his bride how to avoid the obstacles. Then they change roles.

“In Slavic tradition, if the couple didn’t pass at least seven such tasks, they would not marry, nowadays it is not like that, but some rituals are still used,” Sergey says.

2. Put on your most beautiful dress and go 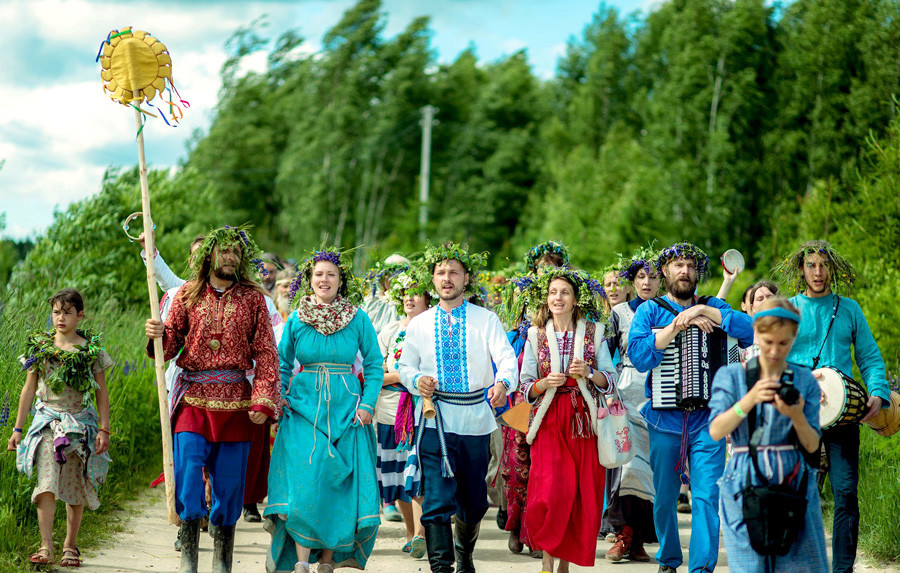 off your jeans and office suits – it’s time for ethnic casual. The “Sarafan,” a colorfully decorated long skirt with blouse would be a perfect outfit for ladies. Comfortable enough to move around in and dance.

Guys can put on shirts and trousers made from natural fabrics. Both men and women should use belts. In Slavic beliefs, they have a sacred meaning as a protection against evil.

Slavic celebrations are usually held outdoors in the tradition of being in harmony with nature. You also need a lot of space for dances and games, so you have to be prepared for all weather conditions.

3. Start with and finish with thanksgiving 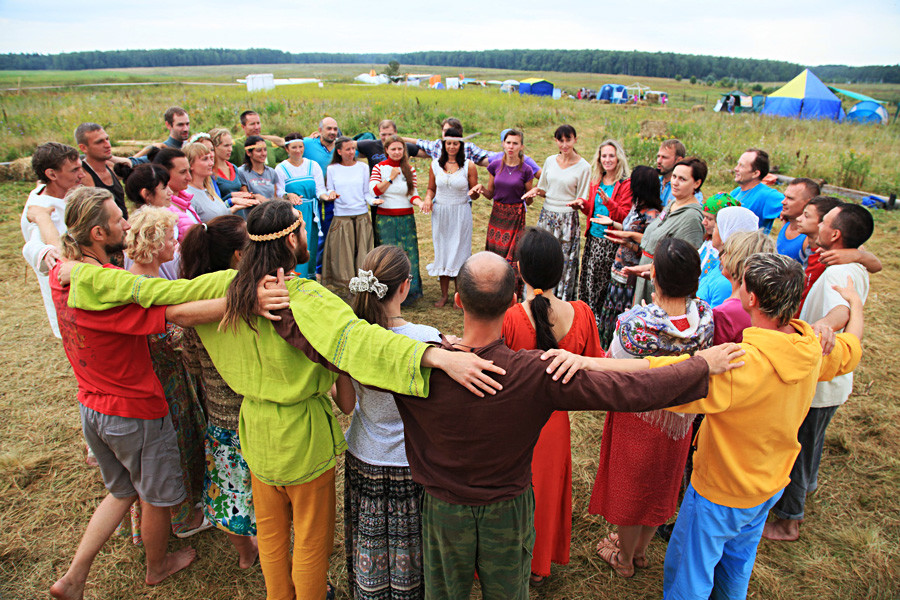 Sergey Efimychev suggests starting the party with a “warm-up”: fun active games make people laugh. “That will ‘break the ice’ and make people feel more comfortable and relaxed,” he says.

One of the games is called Zateynik (the Entertainer). One person is chosen, the leader, who then closes his eyes, and is surrounded by the other participants in a circle. The people in the ring select one to be the . When the music starts, everyone has to mimic the entertainer’s movements without looking at him. The job of the leader is to guess who is . When guessed correctly, becomes the new leader, and the game continues.

“The party goes on with active games and competitions to create a team spirit, where one should use attention, intuition, flexibility, and strength” explains Sergey Efimychev.

In another game: One person is surrounded in a circle by the other participants. Two of the people making up the ring should wink at each other, so the person in the middle doesn’t notice. When one catches the other’s eye, they must run to exchange places. It’s then up to the person in the middle to occupy one of the empty spots. If he succeeds, the person left with no place to stand remains in the center of the circle, and the game repeats. 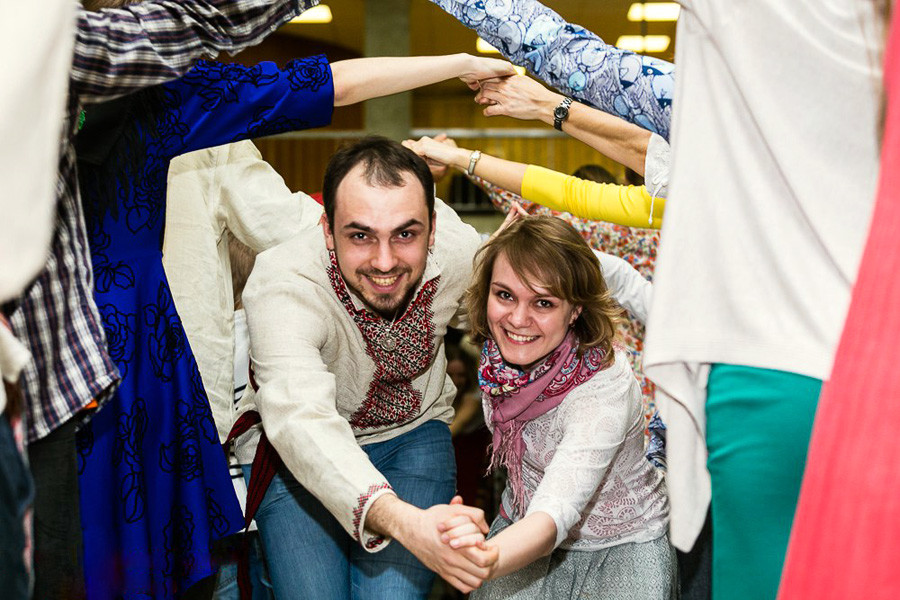 can imagine a Slavic party without music and dancing – its all part of the old courting ritual. During the dancing, you’ll usually have to exchange partners at least once, so you never know who you are going to dance with next.

One of the typical dances is the so-called “city’s quadrille.” Men and women should face each other in a line about two meters apart. When the music starts the men together, take three steps toward the women, and on the fourth step, they stomp loudly saying “Ух!” (Ukh!). Then they make three steps backward. The women repeat the same saying “Эх!” (Ekh!). After that, the first man and woman in line hold hands wide apart and leap along the corridor between the two lines and stand at the far end. The people who are now first in line repeat the dance. 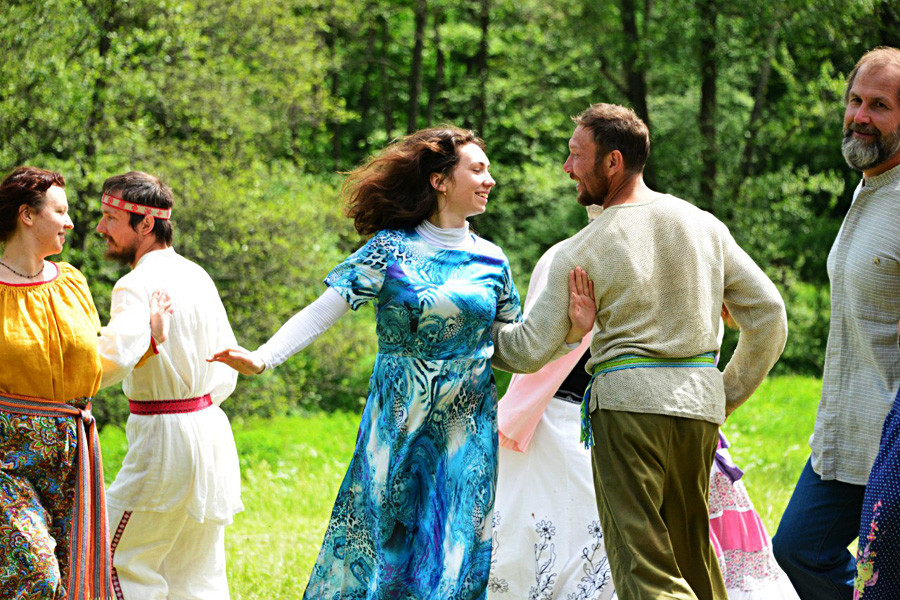 The primary goal of Slavic parties is to involve everybody in all the games and dances. In an atmosphere of freedom and joy, people start feeling better and open up in a new way. “I saw people who were very shy when they arrived at the party and how they changed afterward. They started smiling and became more brave and trusting. And they were very grateful to the organizers,” says Sergey Efimychev.

According to Sergey, Slavic celebrations help to wake up your “inner child,” as you will smile more, and be full of positive emotions and energy and more open to the world.

If you are going to arrange an openair party, read our recipes for 7 refreshing drinks from the Ancient Slavic fresh bar.