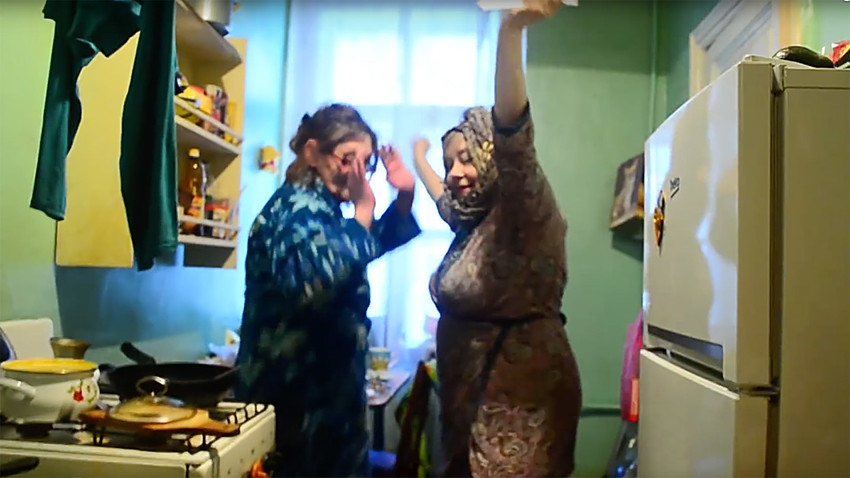 RT
Two grannies have supported young cadets who made a music video parody by uploading their own version of the song - and it’s hard to tell which is saucier!

After some Russian cadets made a music video parody of Italian DJ Benny Benassi’s “Satisfaction,” a wave of people have started uploading their own light-hearted videos to support the young pilots. And naturally, Russian babushkas are in on the act.

Footage of two pensioners from St. Petersburg dancing in the kitchen, cooking soup, and suggestively licking a spoon has emerged online…and caused quite a stir.

If you haven’t heard about the “Satisfaction Challenge” click here and watch other people dance like nobody's watching.