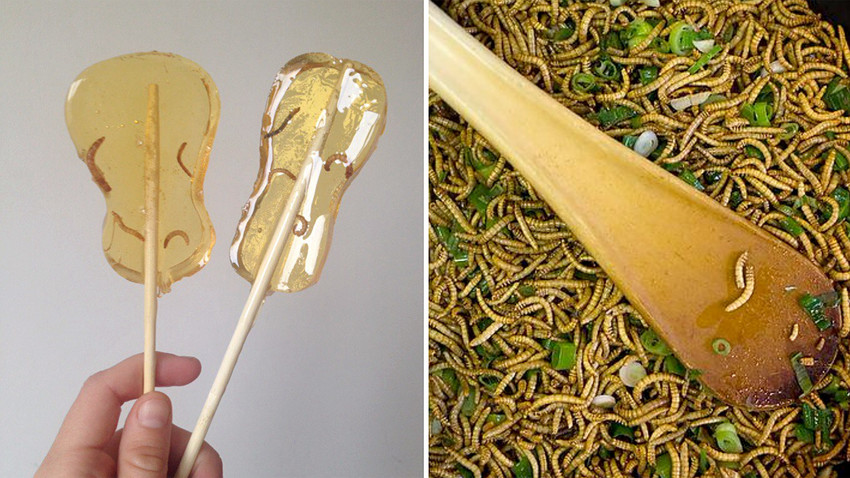 "It is very simple to become a happy worm breeder"

Nadezhda Serkova
They live in her bathroom and sometimes end up crawling all over her flat. She also uses them as the main ingredient when cooking for dinner parties. Are you still hungry?

"I have a visual aid for you... if they’re not dead yet." A short girl with long dreadlocks opens a plastic box - I recoil slightly.

Admittedly, this is only a small part of what lives in her bathroom. One day Nadezhda Serkova, a from St. Petersburg, decided to set up her own mealworm farm (their larvae become mealworm beetles). And almost immediately after she decided to eat them.

"In general I don't really like insects; nevertheless, they moved in with me. After a while I got used to them, then I tried eating them and everything became normal even though for some time after I still couldn’t quite shake off my squeamishness," says Nadya [short for Nadezhda]. Now she believes that mealworms are no different from meat or fish. "Protein is protein." 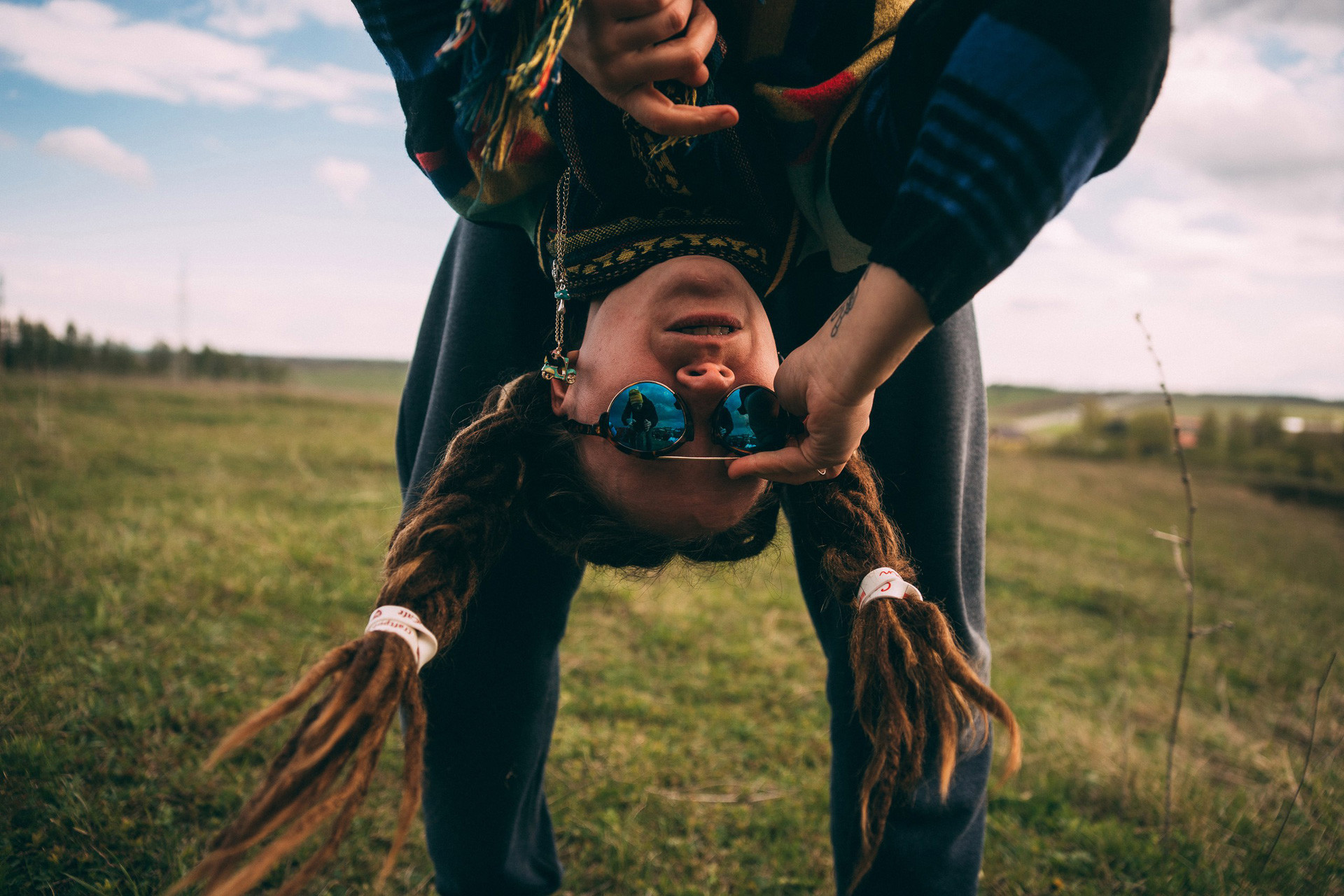 "It all started with my boyfriend Serezha and friend Mitya. They usually come up with several brilliant ideas a day. One day they came to me and said: ‘Mealworms are the thing!’ They had read about them on the ‘How to survive on 100 rubles ($1.7’) public page [on the VKontakte social platform] where users usually post cheap recipes. It must have been a half-serious posting along the lines of: ‘Guys, you can also eat worms, and they are almost free.’ At the time I said that I could only offer them my moral support.

“But literally the following day we watched the documentary - the story of Austrian eco-activist David Gross who studies the problem of discarded food and rational consumption. The film included a 15-minute storyline about mealworms being brought to a school and children helping to make croquettes and cookies with them! Anyway, in the it is convincingly explained that expanding one's taste horizons could be interesting. After we decided that it must be fate and that we should go for it." 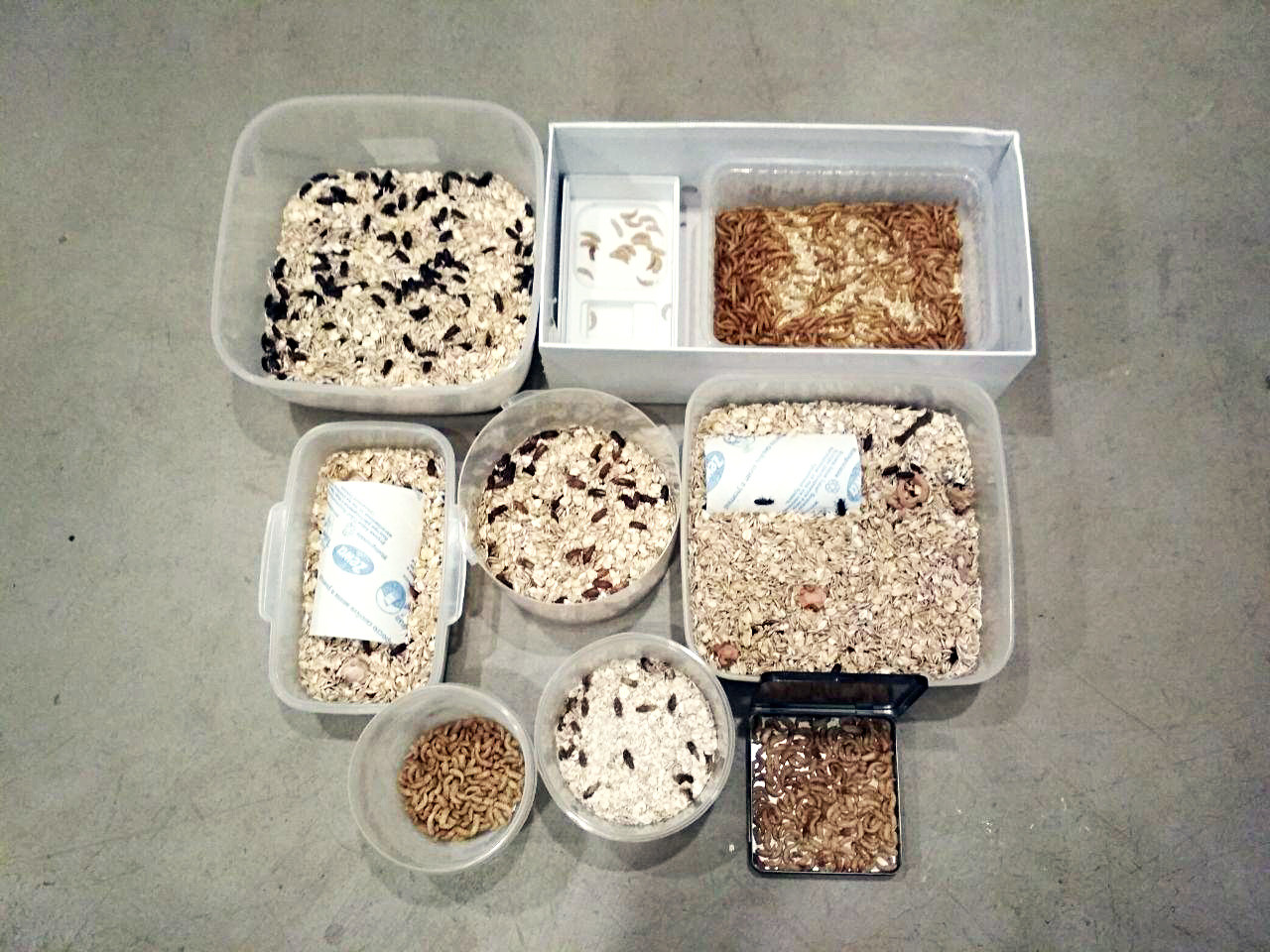 "It is very simple to become a happy worm breeder. You can buy the larvae in large pet shops where they sell them as food for reptiles, fish, and birds. You can get them by weight. Gloomy guys behind the counter will ask you: "Is it to feed a terrapin?" And you will reply: "It’s for feeding people" and their mood improves straight away.

you place them in a box - better a plastic one because they can chew through cardboard - and sprinkle them with food derived from cereals: Oat flakes, bran, flour etc. Also, from time to time, you should give them vegetables like carrots - a source of water. Several weeks later the mealworms begin to pupate, then they become beetles, and then you start all over again. A full cycle takes about three and a half months.

“We weren’t well versed in the theory, so we just got Googling. And soon we realized that the temperature regime is important. To talk of a mealworm ‘farm’ is, of course, an exaggeration. In it is just a few boxes under the bath - a suitable place because of the high humidity. The guys set theirs up on a working surface in the kitchen, with them the cycle takes longer.

"What’s more, our worms used to escape. I'll be honest with you: It was horrible. You come home and there are worms crawling all over your bathroom, on all the shelves, and in your cosmetics bag. It’s happened several times. You’ll  be looking for in your cosmetics bag and find a maggot." 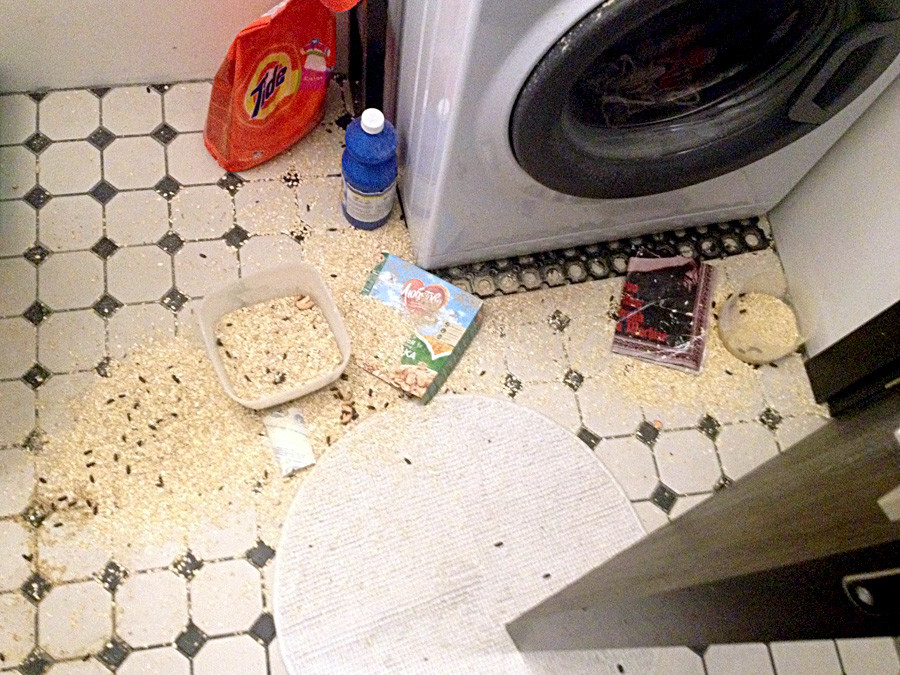 "When cooked, mealworms don't have a strong smell or taste. To some they have a nutty flavor and to they sometimes taste like mushrooms. In actual fact, it is simply ‘biomass.’

“We started with chickpea and mealworm croquettes (1:3 ratio) because in this form the dish doesn't look so… disgusting. If you don't know the recipe, nothing on your plate will remind you of worms. And then we opened a one-day restaurant and invited everyone to watch us making dishes with mealworms and taste them. We were adding mealworms to pasta and making salads, rolls, and something like falafel with them, except, instead of meat, we were using mealworms. We also put mealworms in sugar candies. People who tasted them said the croquettes with mealworms are much more tender than plain chickpea ones. 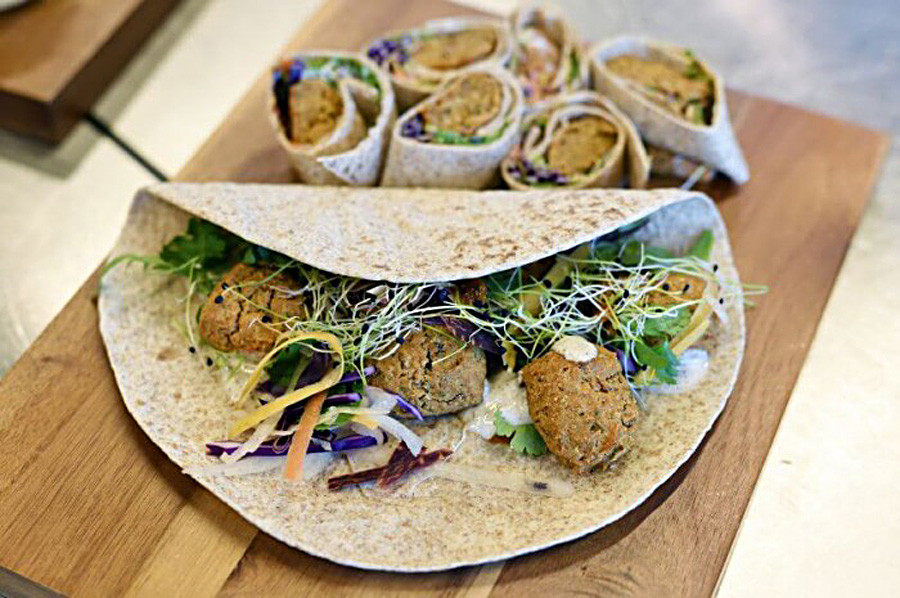 "Nowadays in you need a special certificate if you want to serve this food in a restaurant. I don't think our intentions are that serious. My goal is not to feed mealworms to people or to save the world from starvation. This is a story about inspiration. Also, I definitely know that people will be talking and writing about this." 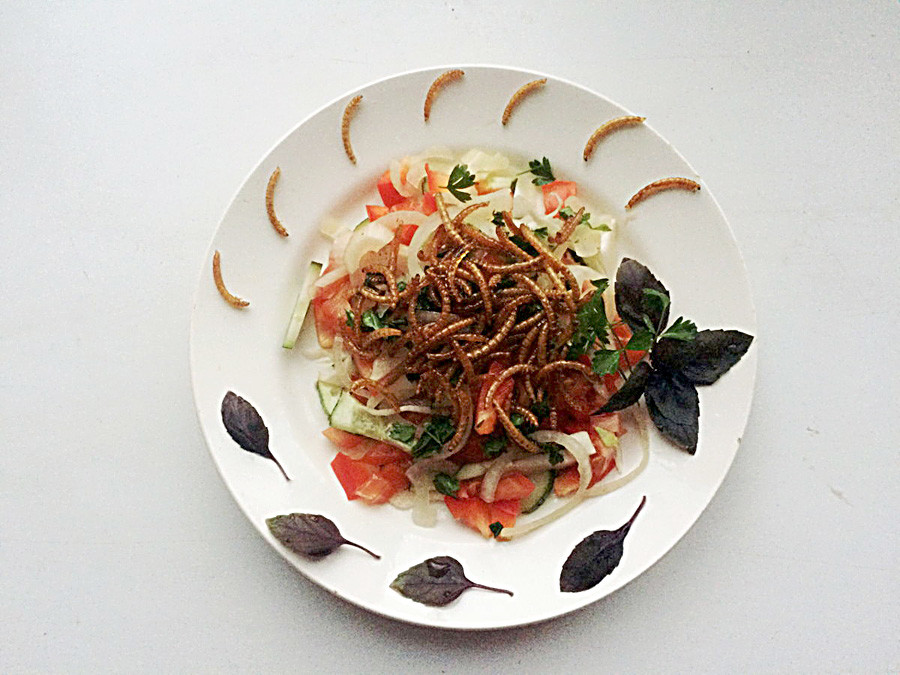