How the Soviet Union slammed America’s faults and shortcomings 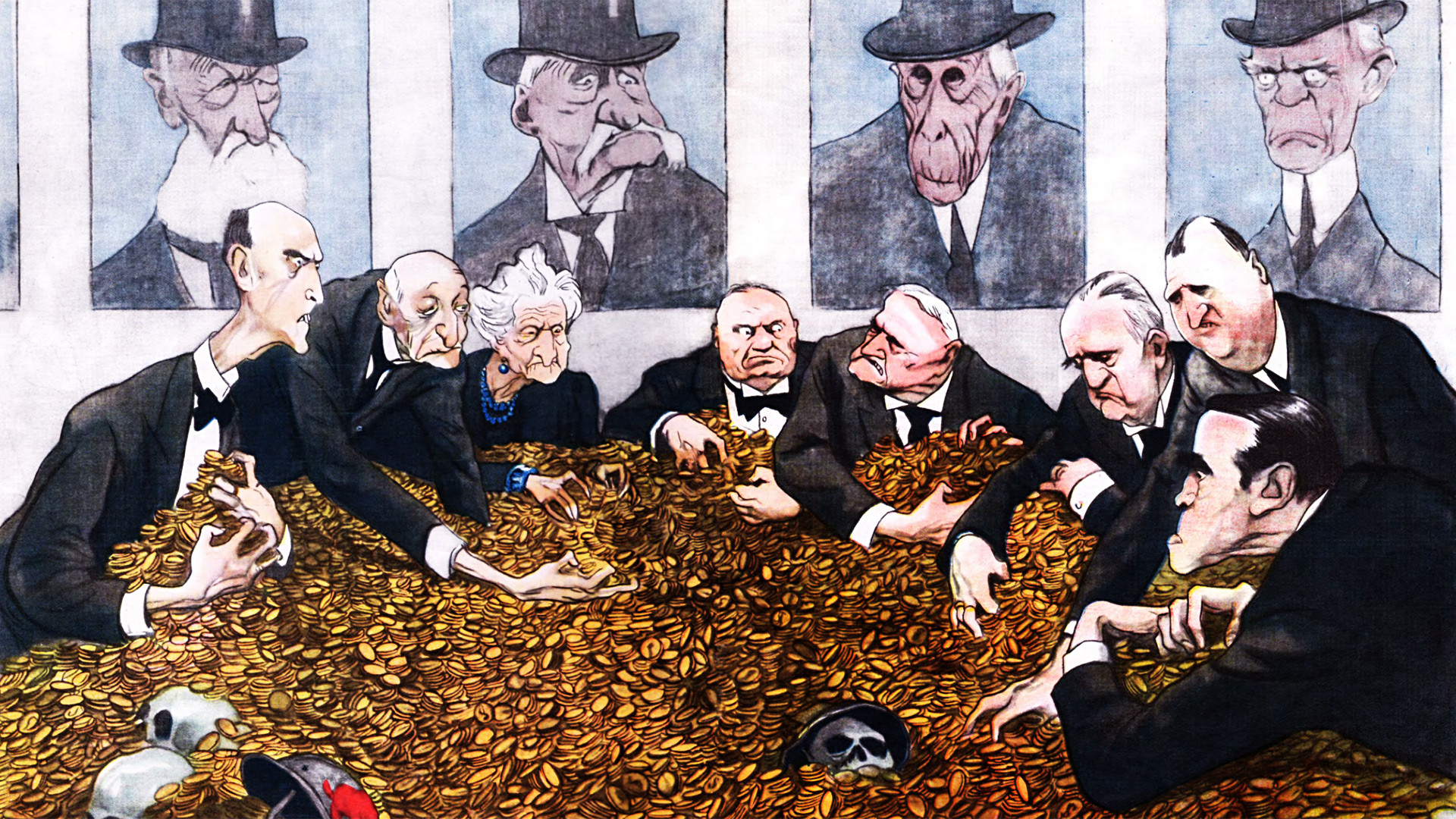 Crocodile, 1956, №15
For decades the USSR's satire magazine ‘Crocodile’ poked fun at the dark and unsavory side of Western capitalism. Take a look at these jibes. 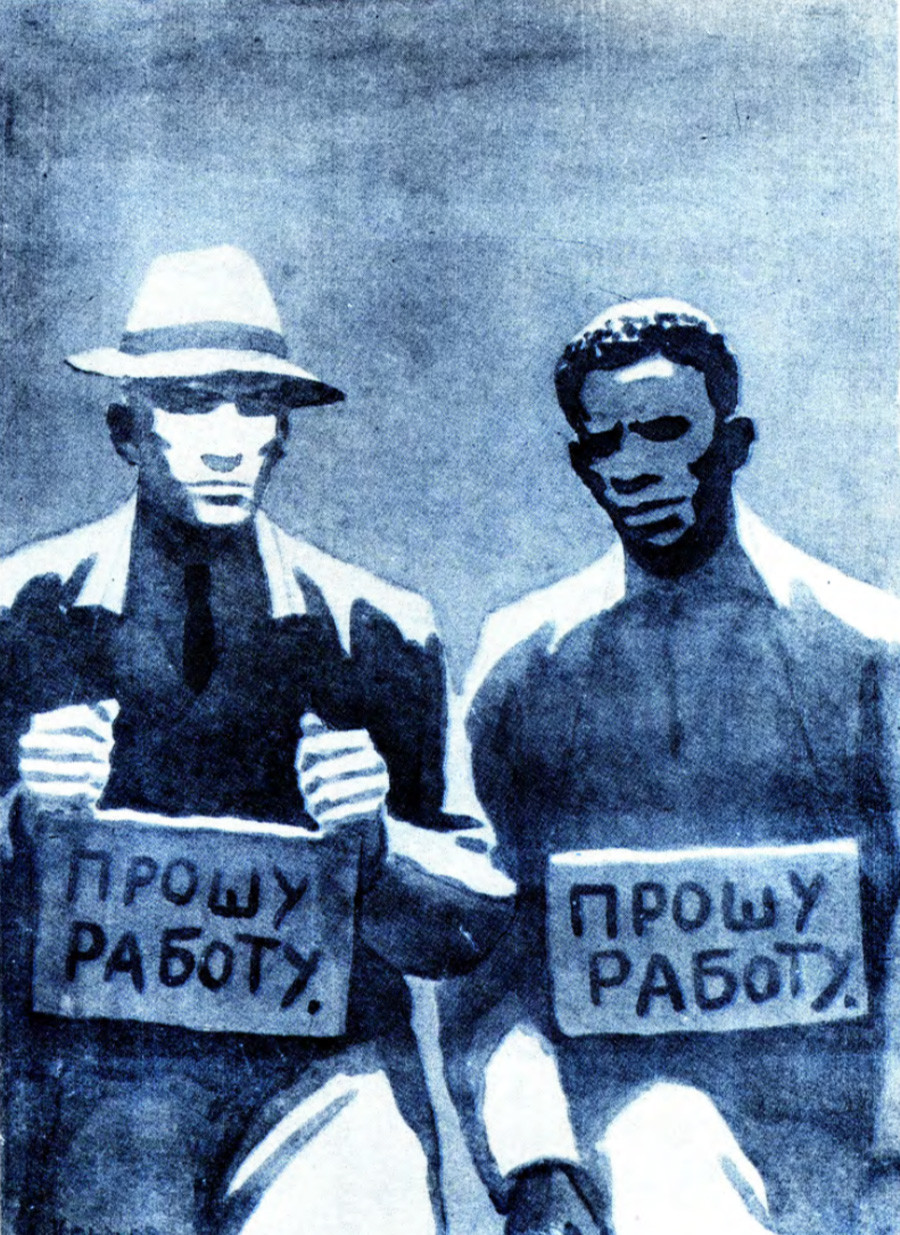 Equality, the American way. "I’m asking for a job." 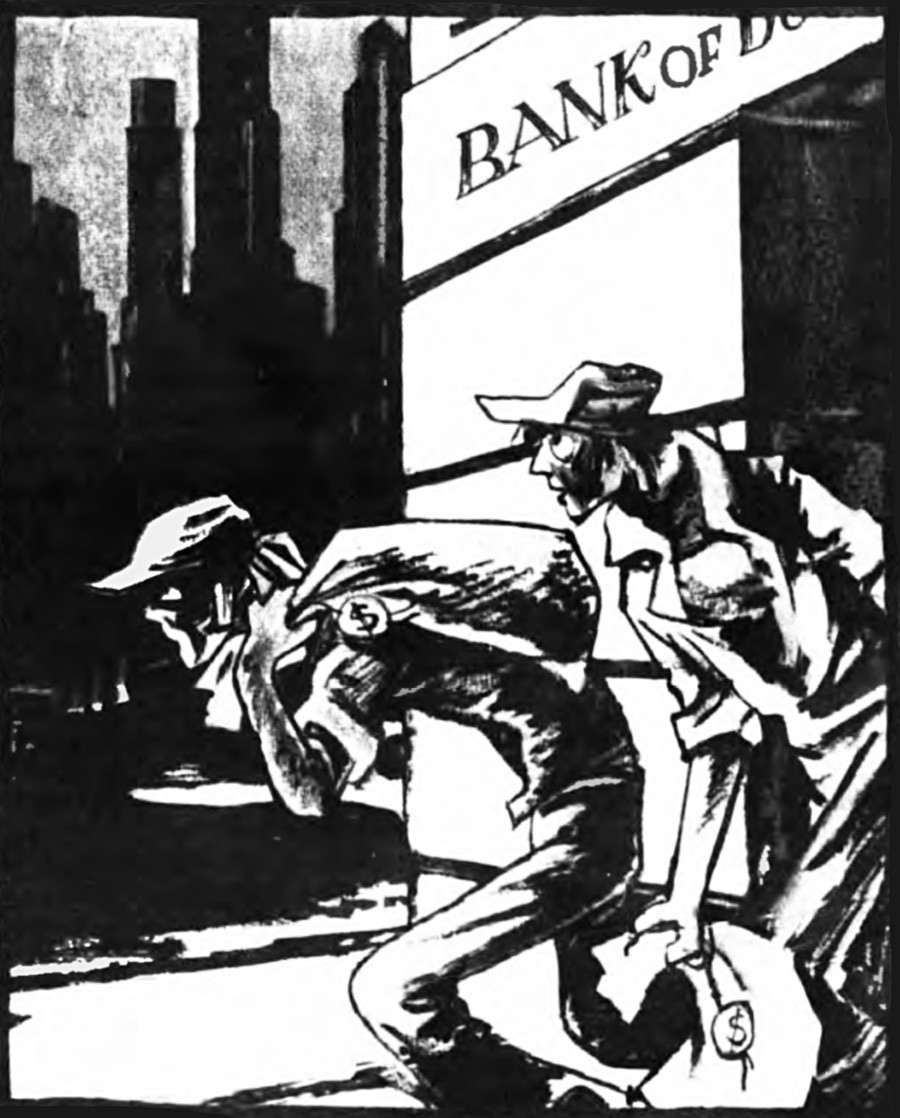 "They have found a job." 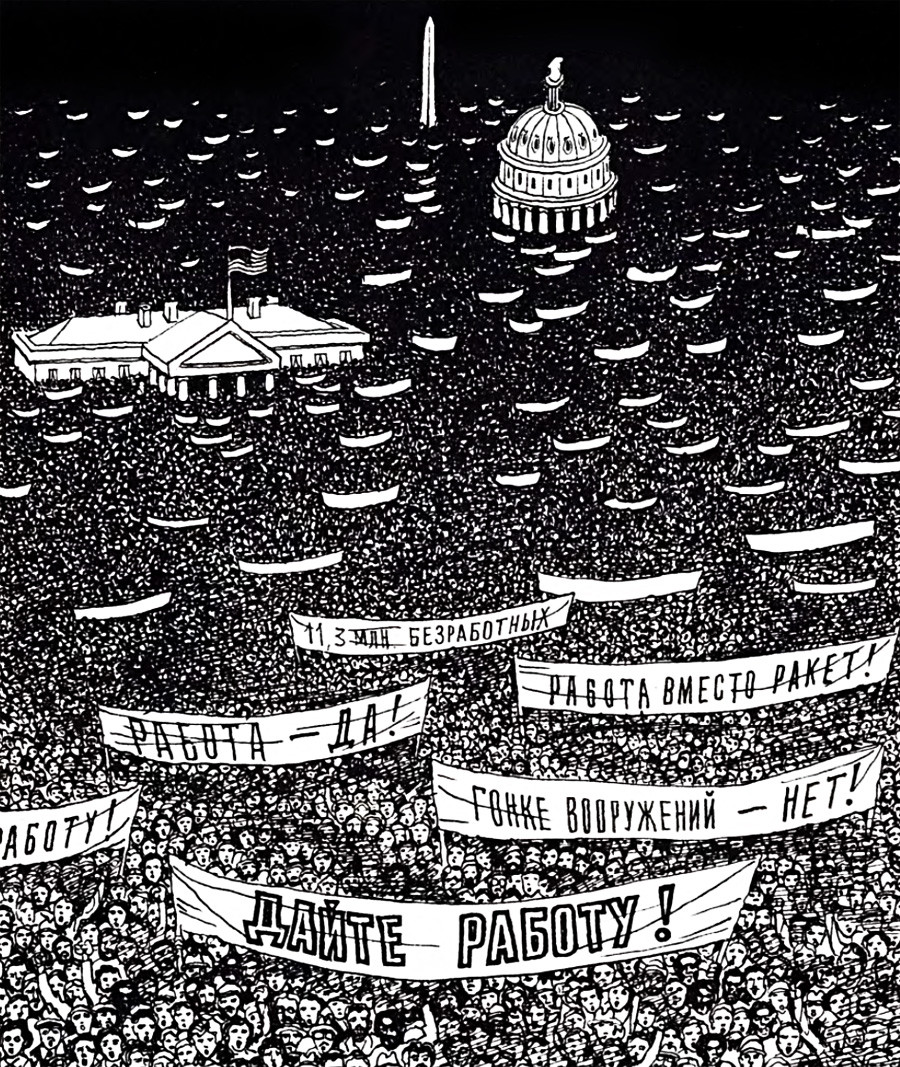 Unemployment… has overrun its banks. U.S. unemployment reaches its highest level in 40 years. "11.3 million unemployed; YES to jobs! Jobs instead of missiles! No to the Arms Race! Give us jobs!"

Upbringing, the Hollywood way. The movie is called Life and Dollar. “Before the movie: Two tickets, please!” “After the movie: Hands up!” 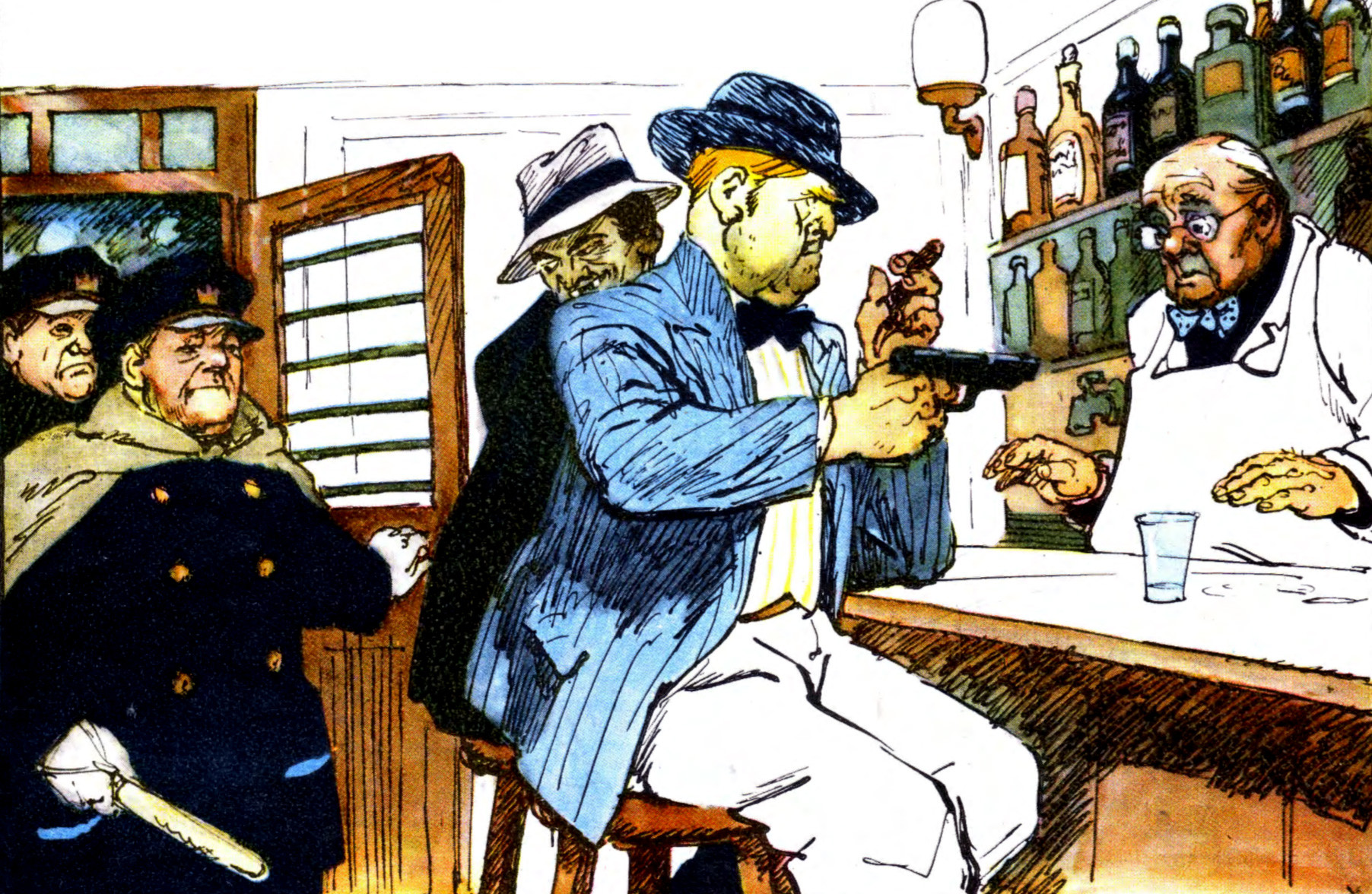 American morals. "Money on the counter! We have to settle accounts with the police right now!"

3. Propaganda in the media 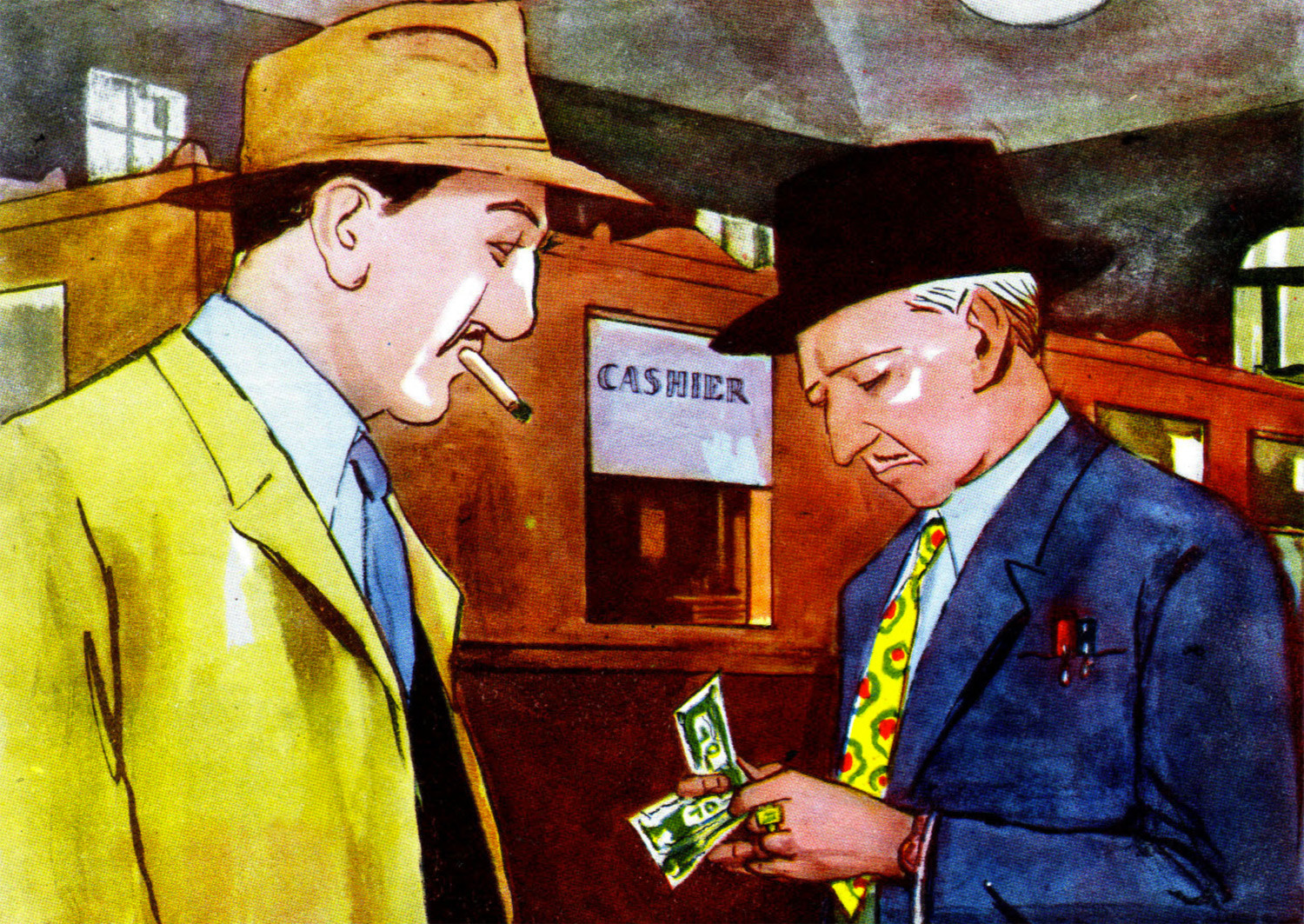 In the editorial office of Voice of America: “Jack, it looks like they take your fake news at face value.” 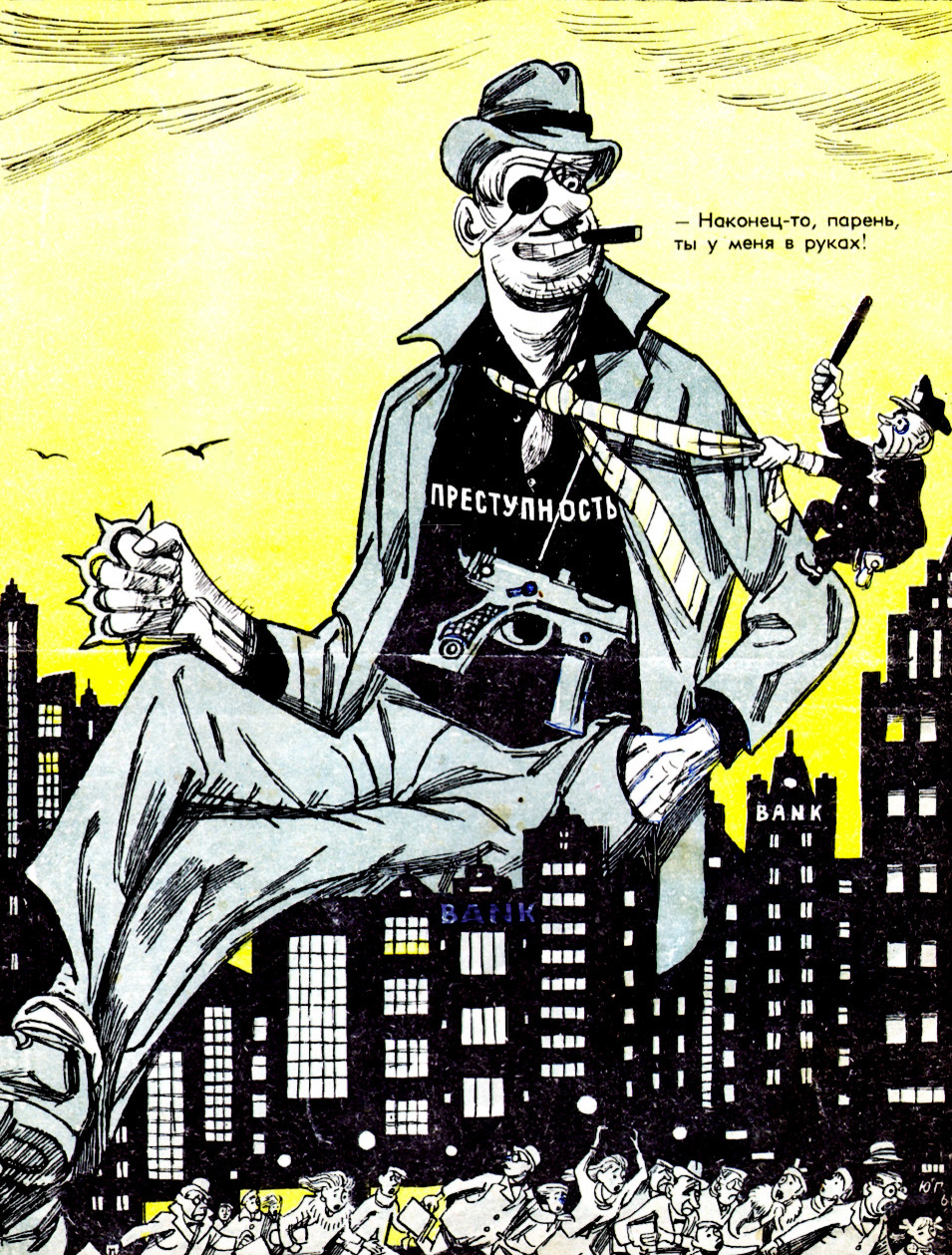 A policeman says to Criminality: “At last, lad, you are in my hands.” 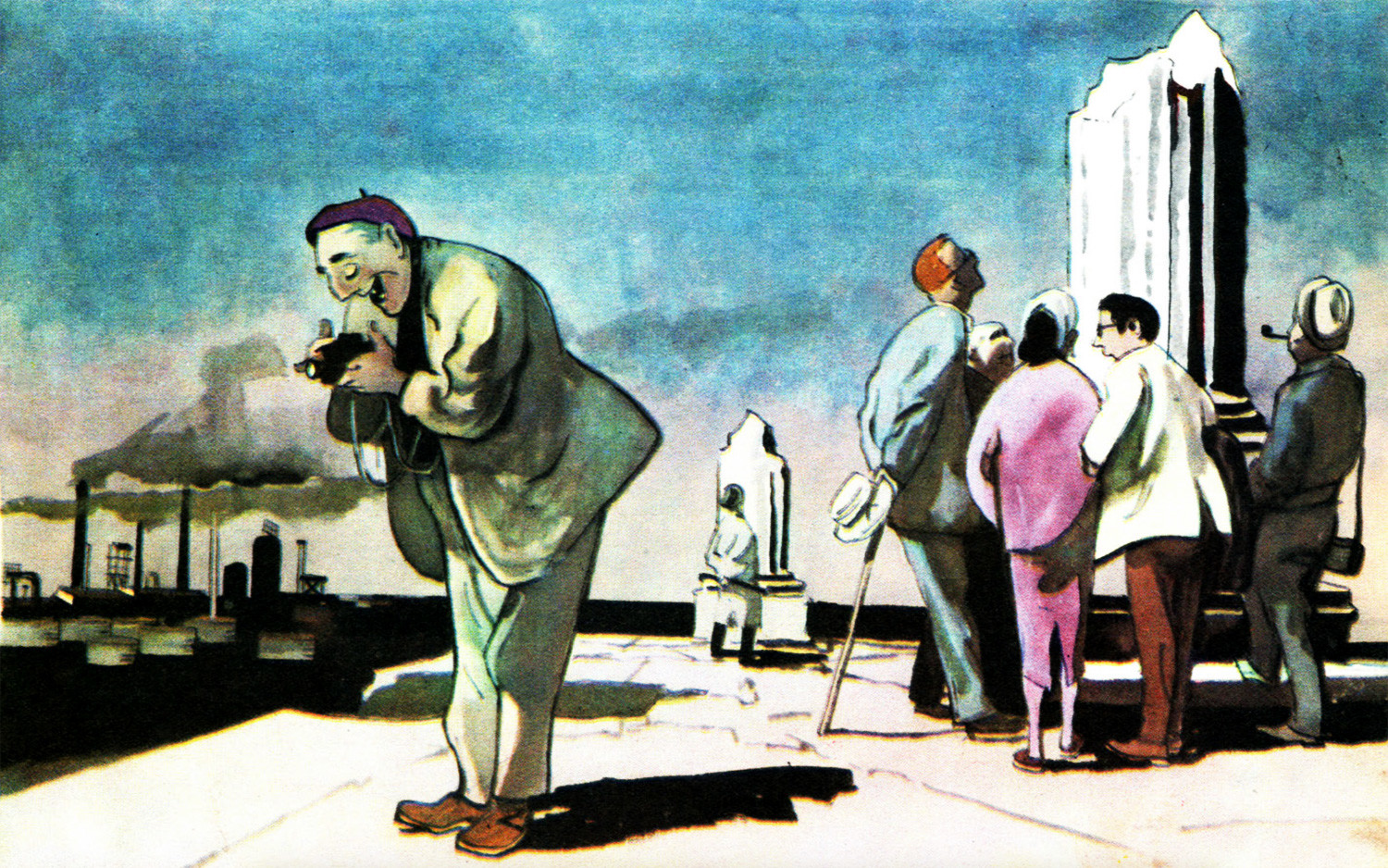 An American tourist in Europe says: “I am more interested in intact objects.” 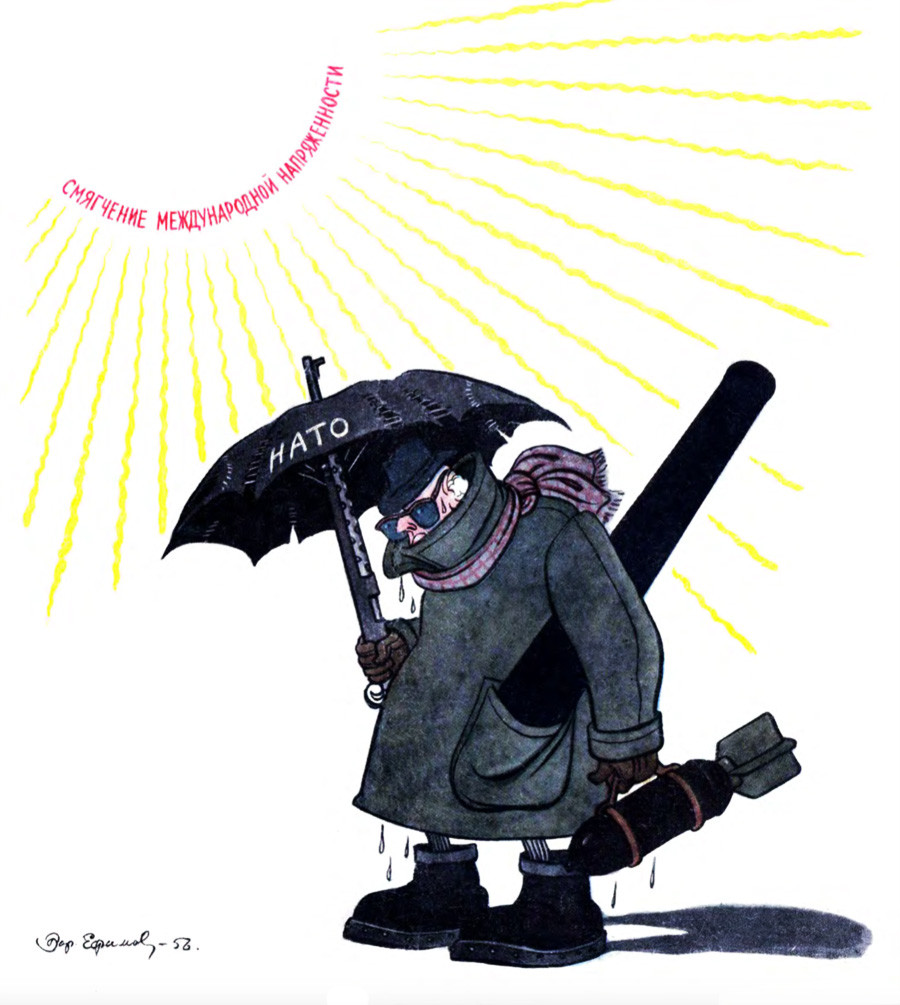 Easing of international tensions. "NATO - the outfit is out of style." 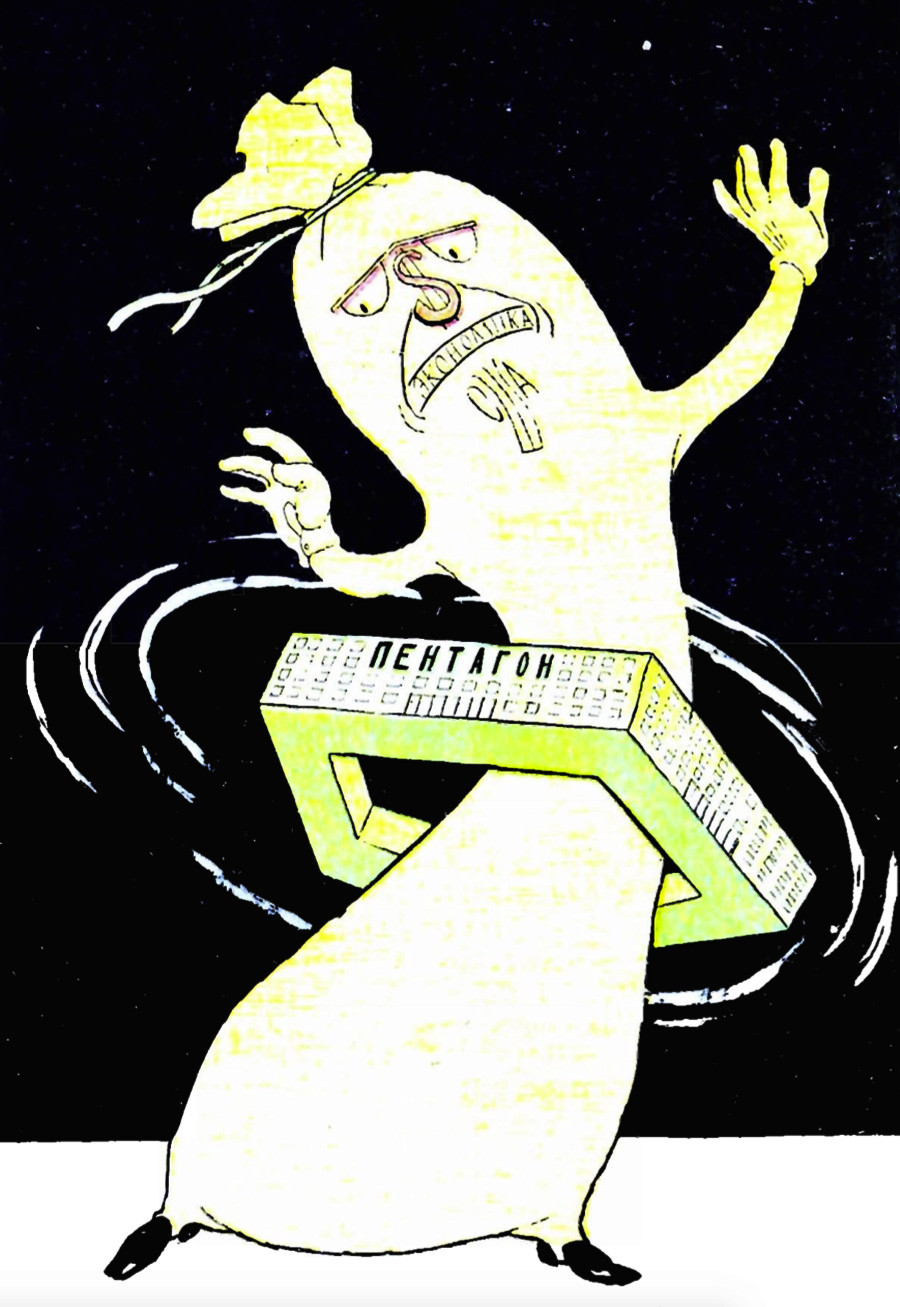 U.S. Economy says: “It seems I lose too much weight because of this [Pentagon] hula hoop.” 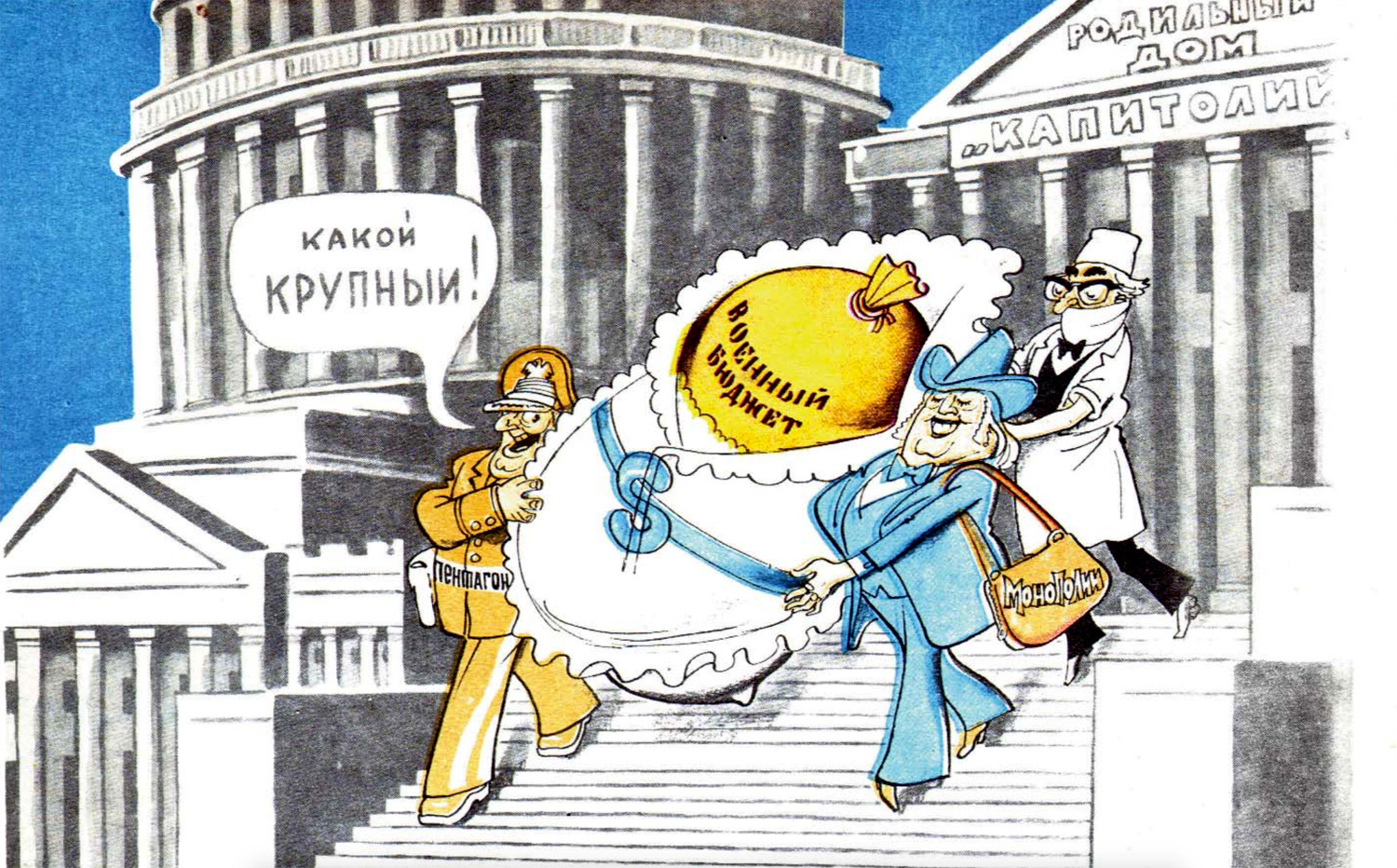 ‘The Capitol’ is a birthing center; Pentagon and Monopolies have a child, military budget. “So huge!” the Pentagon says. 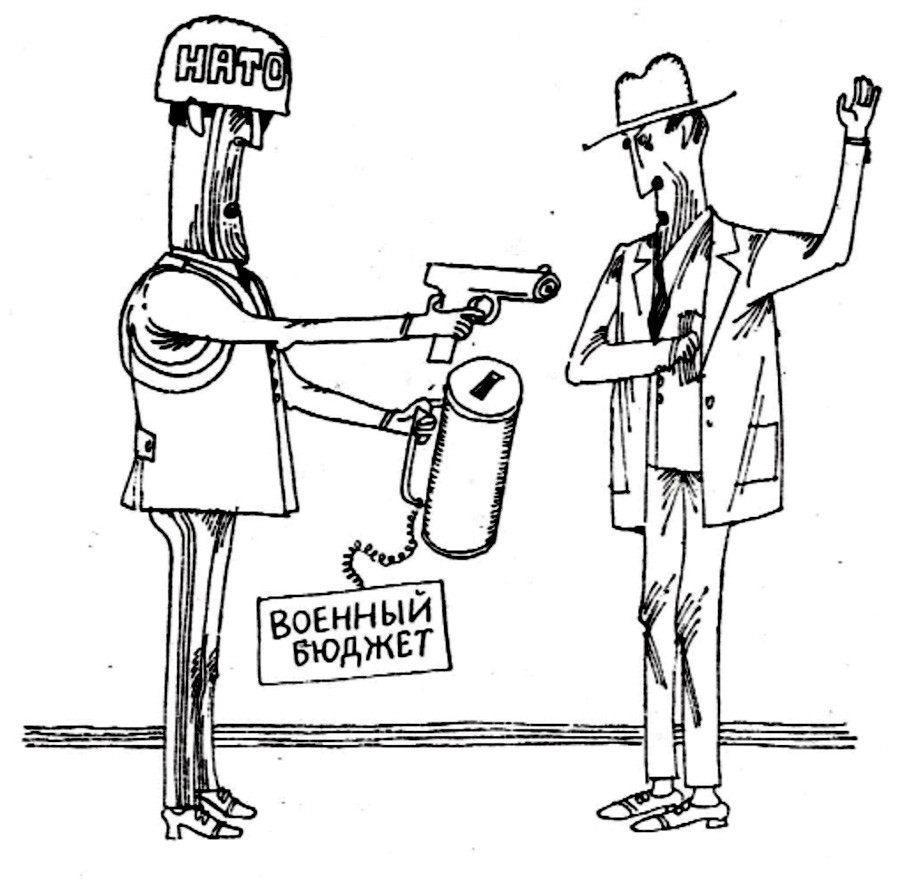 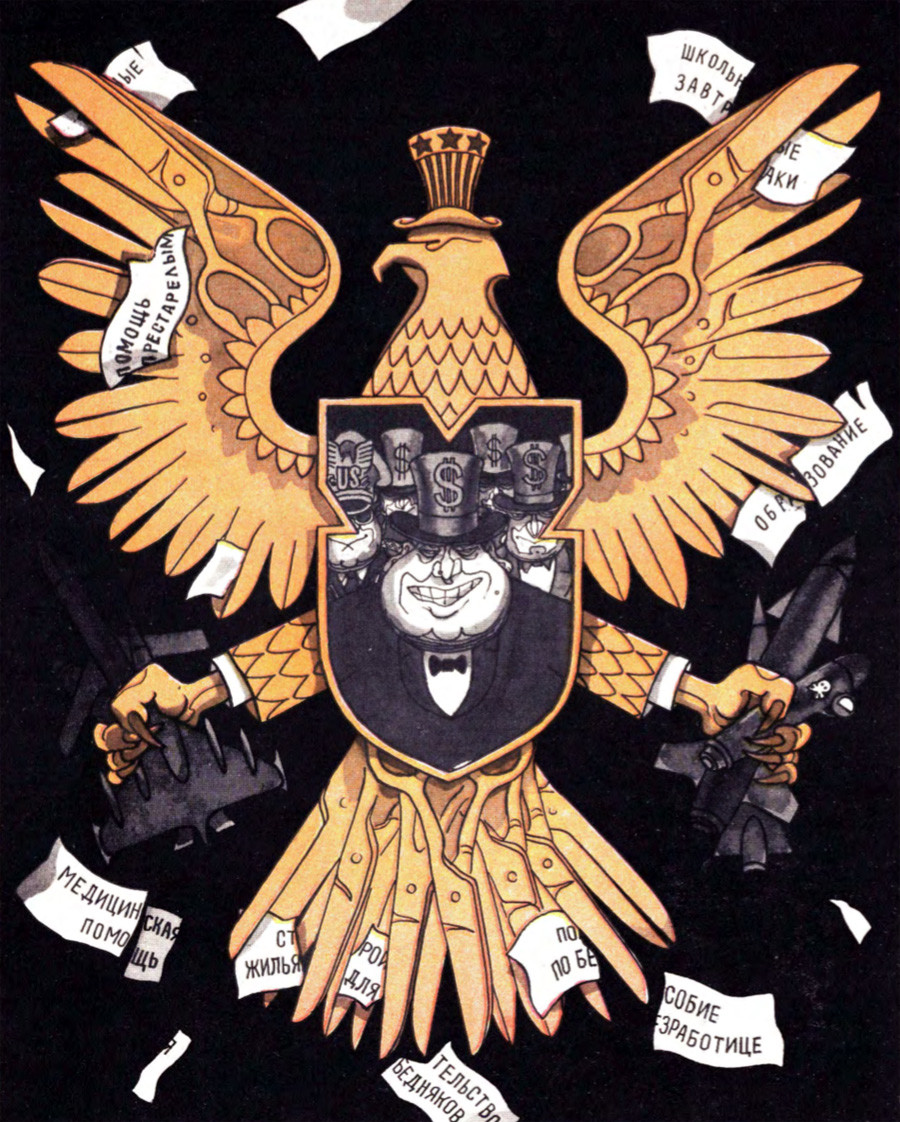 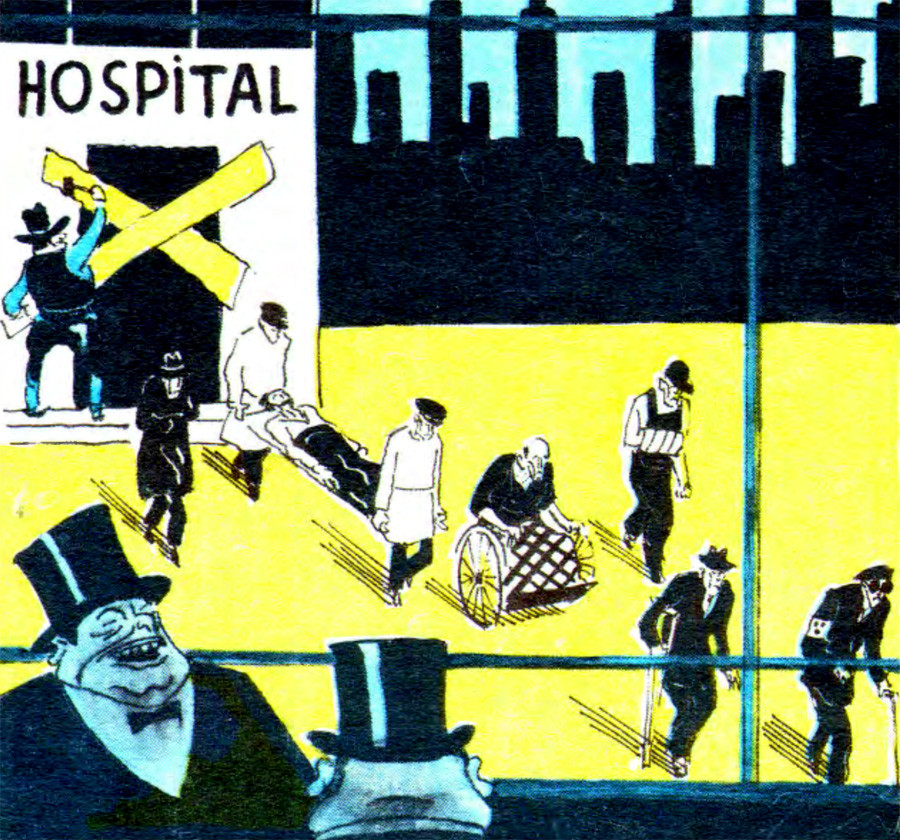 Hospital. “We have started the invigoration of our economy.”