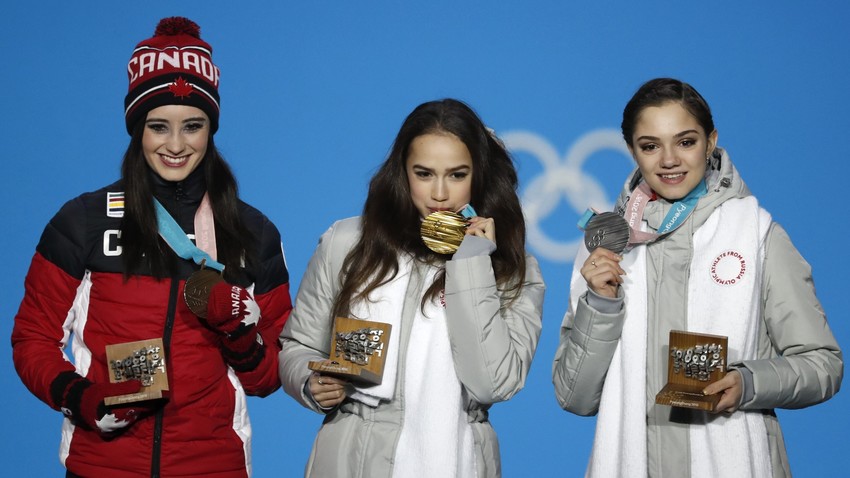 Fifteen-year-old figure skater Alina Zagitova won the first gold medal for Russia at the 2018 Olympics in the women’s individual competition on Feb. 23. Her routine in the long program earned her a 239.57 score, putting her ahead of teammate and key competitor Evgenia Medvedeva (238.26) and Canadian Kaetlyn Osmond (231.02).

“I felt joy and devastation at the same time,” Zagitova told Lenta.ru (link in Russian). “I realize that everything I have gone through was not in vain; I will do my best to continue moving forward. Devastation is something very hard to explain. I’ve been skating for 10 years now and there were ups and downs, numerous injuries. I went through many things and now I’ve won Olympic gold.”

Two days earlier, Zagitova and Medvedeva set world records in the women’s short program — a first for Olympians from the same team.

Zagitova’s gold medal was the first for the team of Russian athletes competing under a neutral flag in Pyeongchang. Apart from gold, the team so far has won five silver and eight bronze medals. The games will conclude on Feb. 25.

Want to learn more about Alina Zagitova, a rising star in international figure skating? Find out about her path here.