Seal from St. Petersburg falls in love with humans and refuses to return to wild 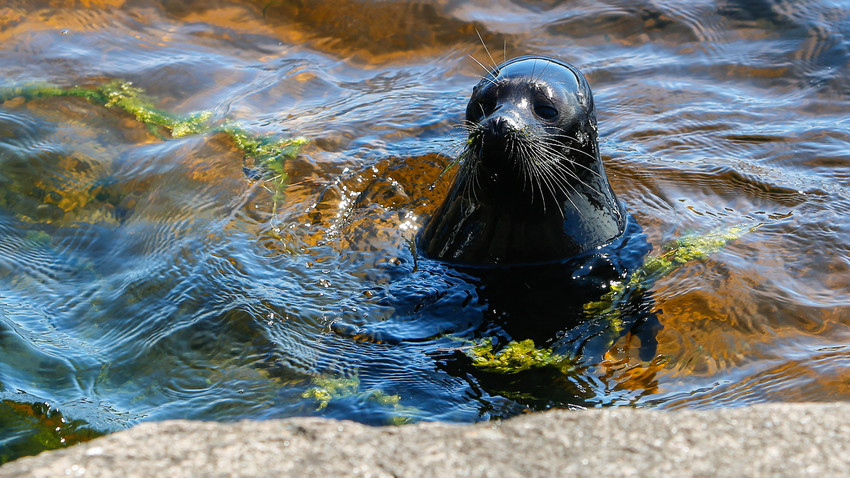 Kroshik at the Center for Study and Conservation of Marine Mammals in St. Petersburg.

Mikhail Kireev/Sputnik
It seems the little guy gave his adopted parents the seal of approval.

A fisherman found a pusa, an earless seal, while fishing on the ice of Ladoga Lake in the spring of 2016. The animal was tiny and probably crawled for days until he saw the first living being. The lower part of his body was severely frostbitten and needed urgent care.

The fisherman brought the animal to the Center for the Study and Conservation of Marine Mammals in St. Petersburg. From then on, the seal, which was given the name Kroshik (translates as a “Crumb”), stayed in the center, fell in love with his human parents, and resisted every single attempt to return to the wild.

“From the beginning, the pusa has been prone to communicating with humans and we immediately realized that this animal will cause us some troubles. He was constantly begging us to carry him around, trying to hug us, and behaved very atypically for a seal,” Vyacheslav Alekseev, the founder of the Friends of the Baltic Ringed Seals Foundation in St. Petersburg, said. 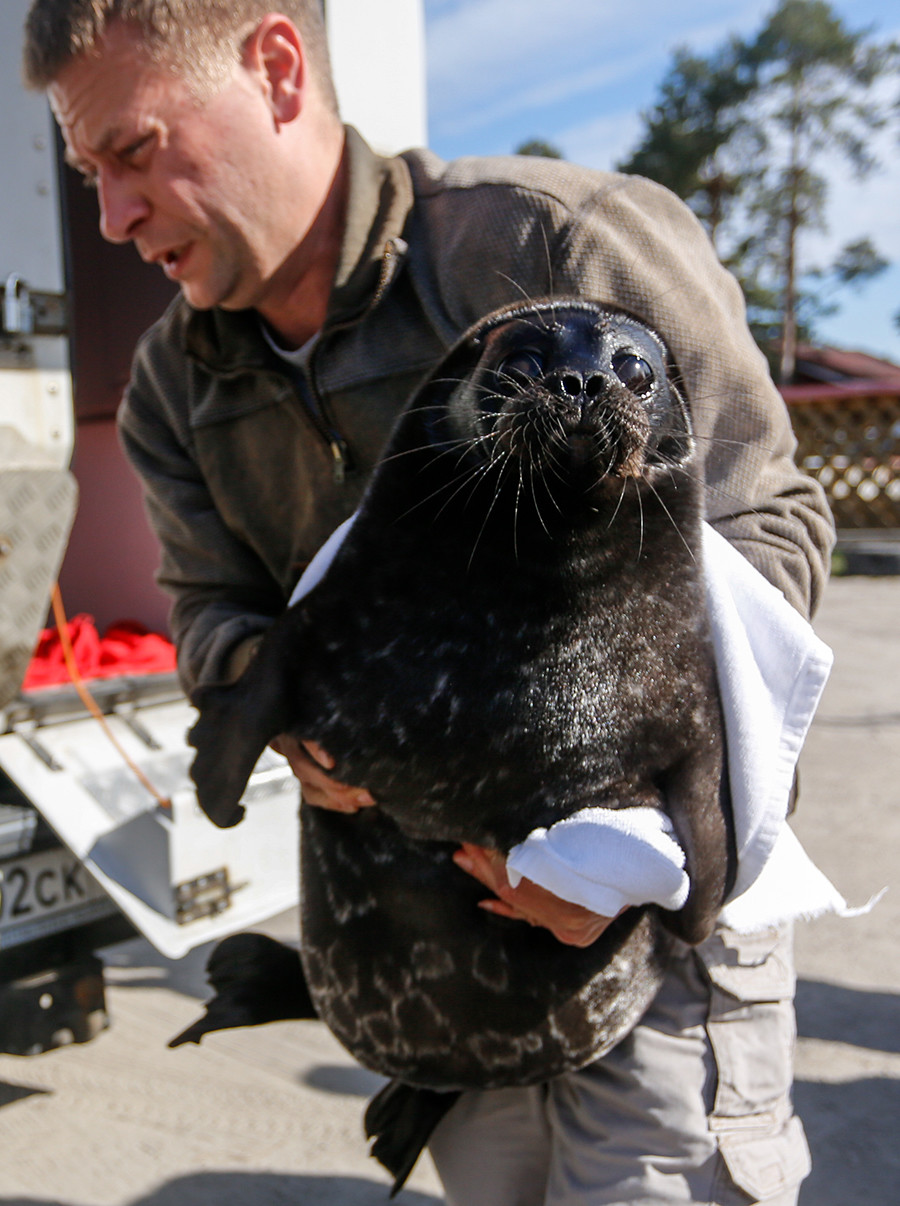 Head of the Center for Study and Conservation of Marine Mammals Vyacheslav Alekseyev holds Kroshik.

The biologists, Alekseev and his wife, attempted to set Kroshik free in summer 2016 but failed hopelessly: The seal swam for 15 minutes in the lake and swiftly returned to the surprised humans. They decided to hold him in the center for one more year.

They then reduced their contact with the seal to a minimum. Believing that seals like contact by nature, the biologists roughly thwarted Kroshik’s attempts to get close to them. However, Kroshik took no offense and continued acting in a tender and friendly manner. 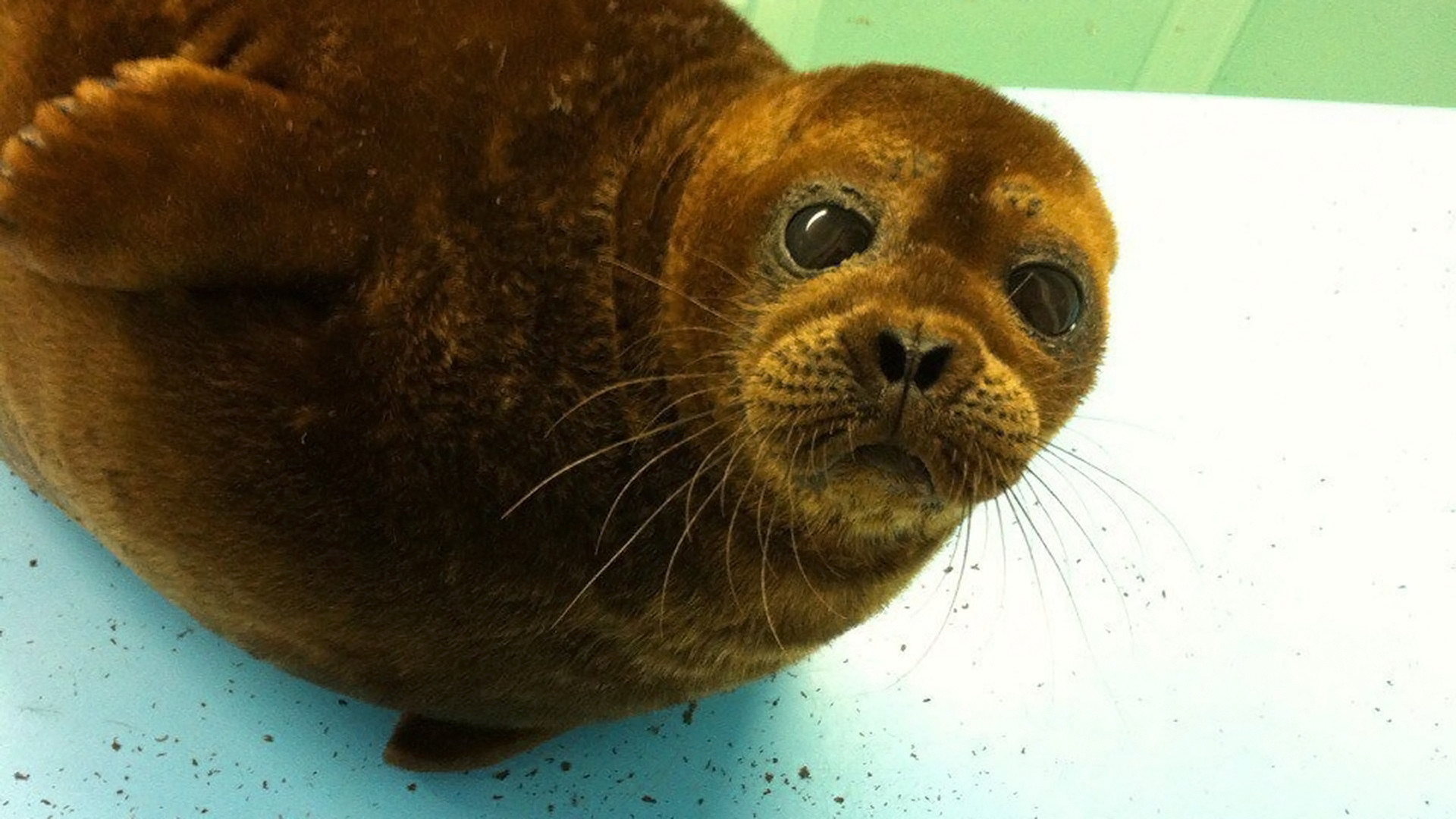 The biologists tried to set Kroshik free one more time in summer of 2017 but this attempt failed in a more epic way than the previous one. This time Kroshik swam away. Soon, however, reports about an unidentified seal that frightened swimmers and vacationers on local beaches for being too friendly reached the biologists. They knew it was Kroshik. 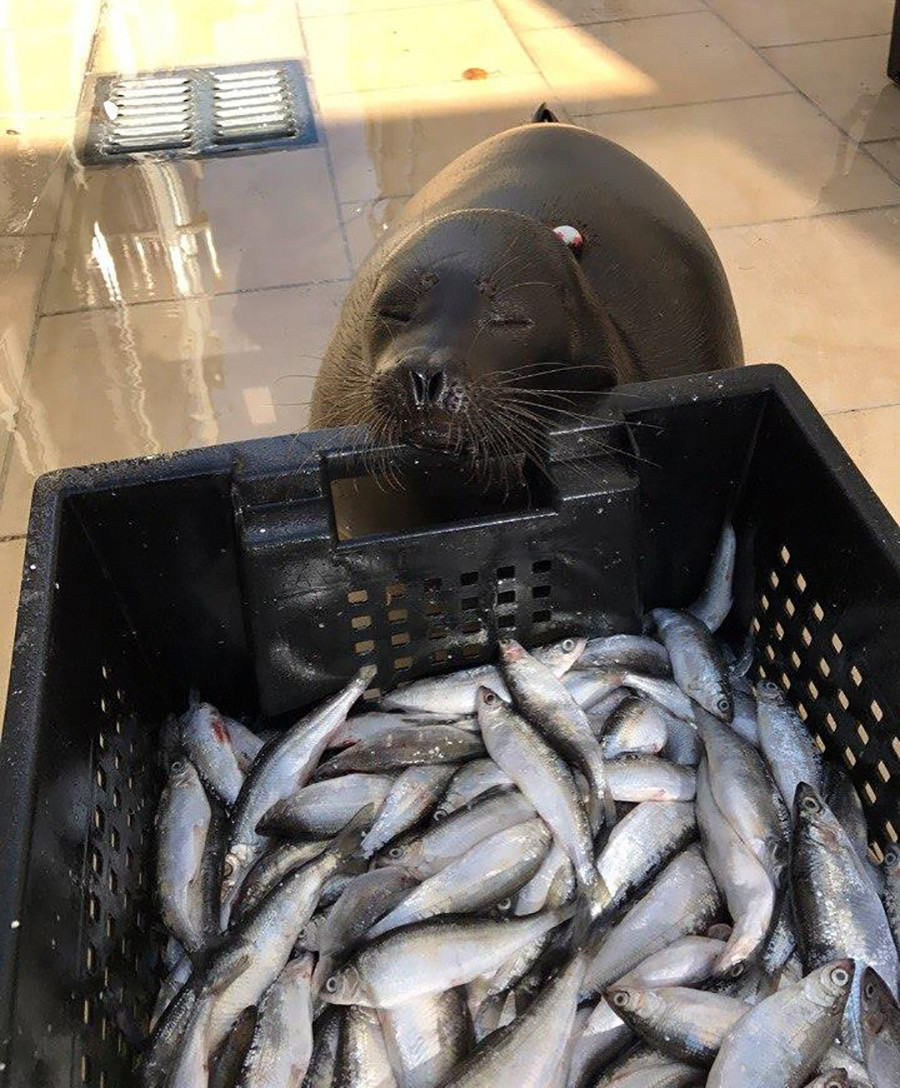 They brought him back to the center and yielded to the pressure of the affectionate seal - they reluctantly accepted that Kroshik was there to stay.

Kroshik now lives in an outdoor pool and swims, eats, and plays with humans. He trains for fun, lies around, and enjoys being stroked. 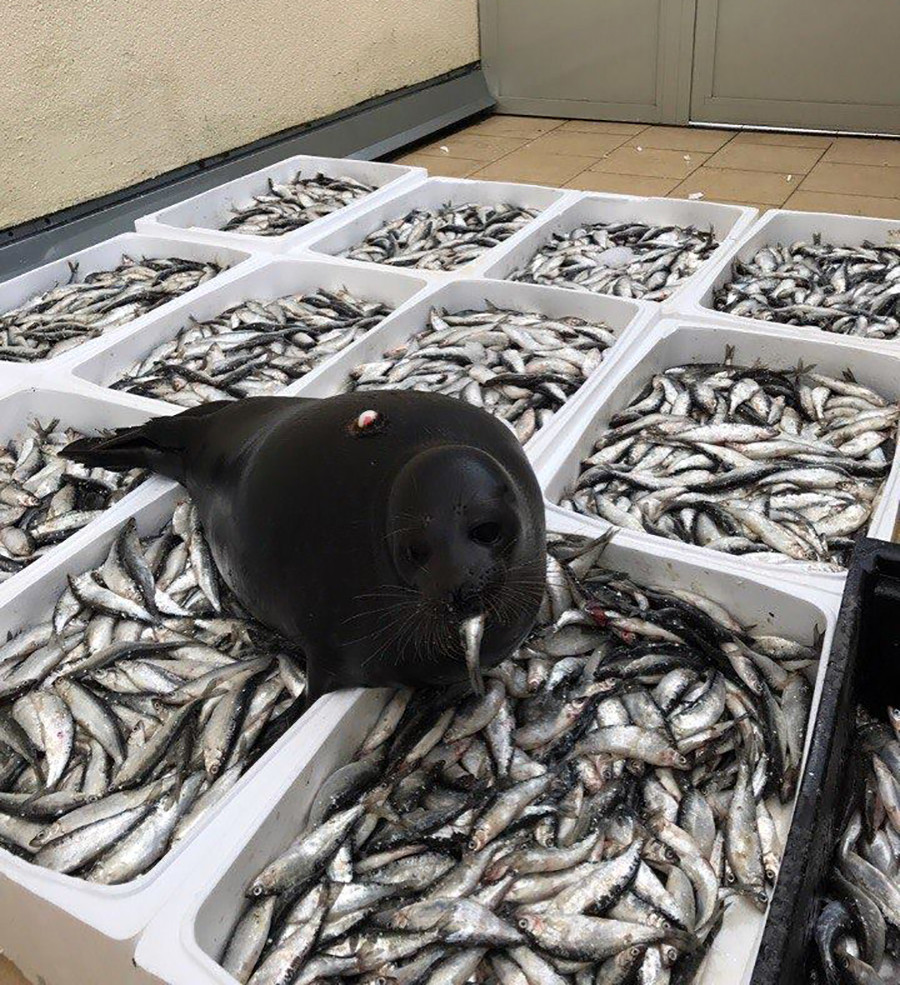 The more fish, the better.