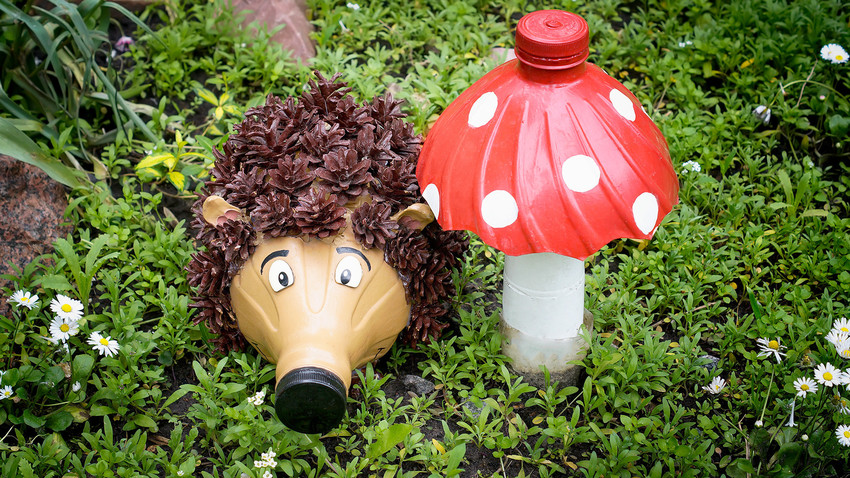 Legion Media
Russians usually don’t throw anything away, and often give garbage a second chance at life. Take a look at these fine recycled art creations in our gallery. 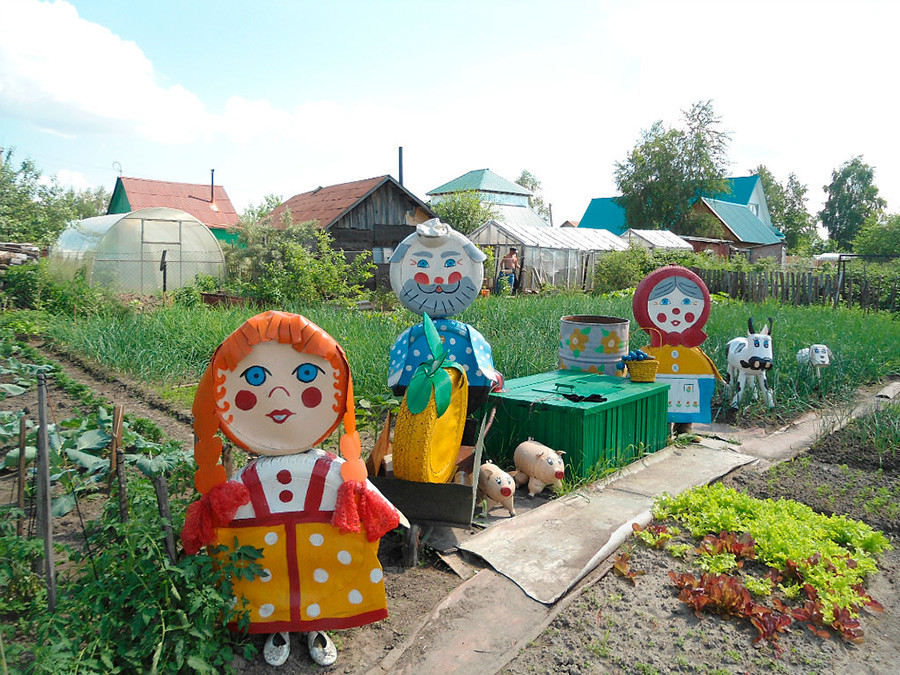 1. The best gift is one made with your own hands. This is what most Russians think. In the Soviet era and during the 1990s when people had little money, people often made things themselves. 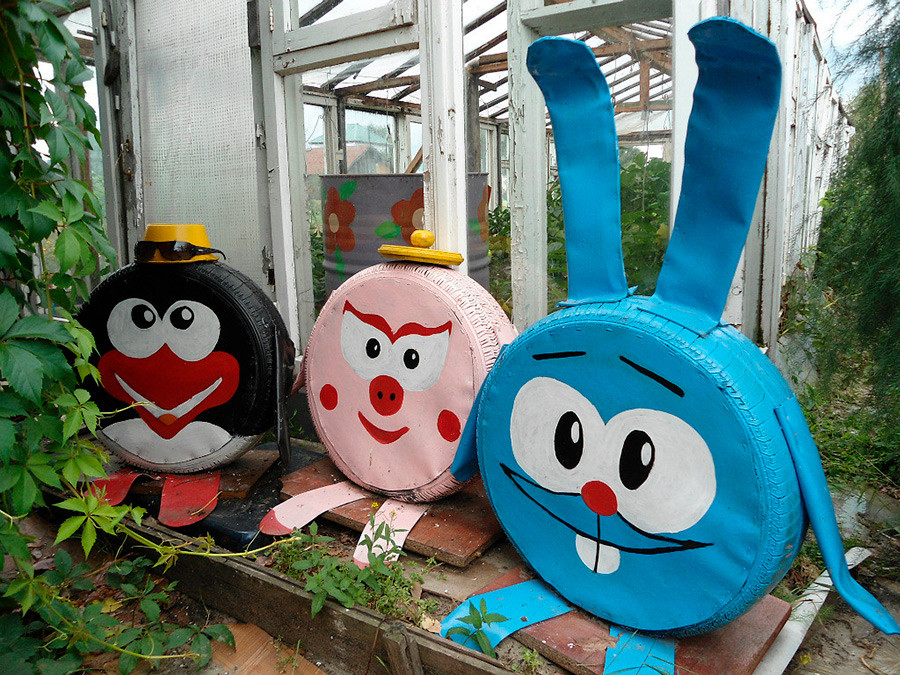 2. There’s another Soviet-era habit: Russians don't throw anything away. On their balconies and country houses they often store useless stuff, just in case “I need it one day.” 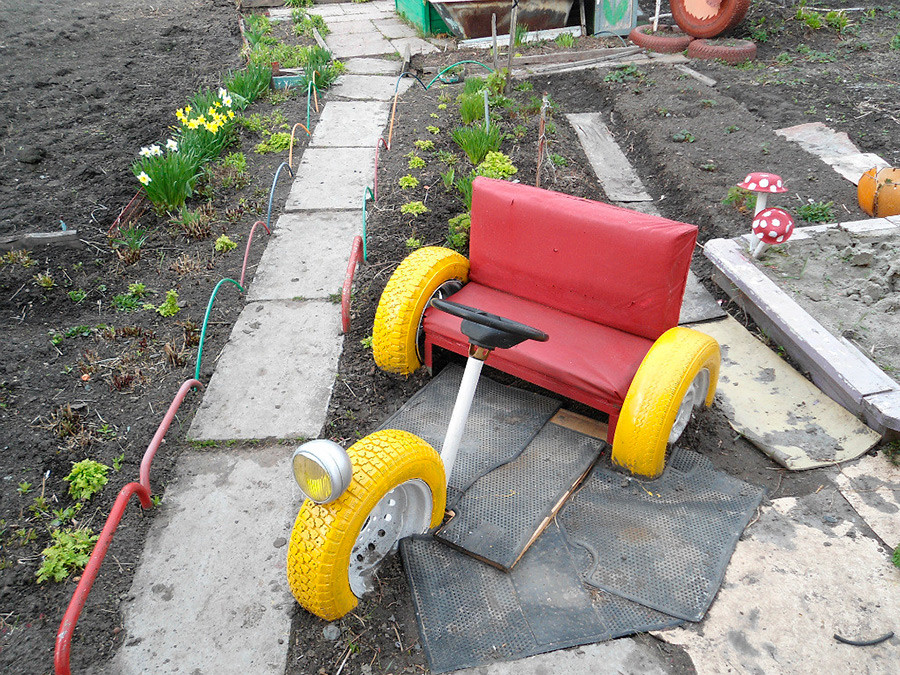 3. The things that people save, thinking they might eventually be handy, sometimes do prove useful. Boxes and tins for candies, for example, can be reused as boxes for needles and threads, or jewelry, or anything else instead of Ikea boxes. Why pay for it 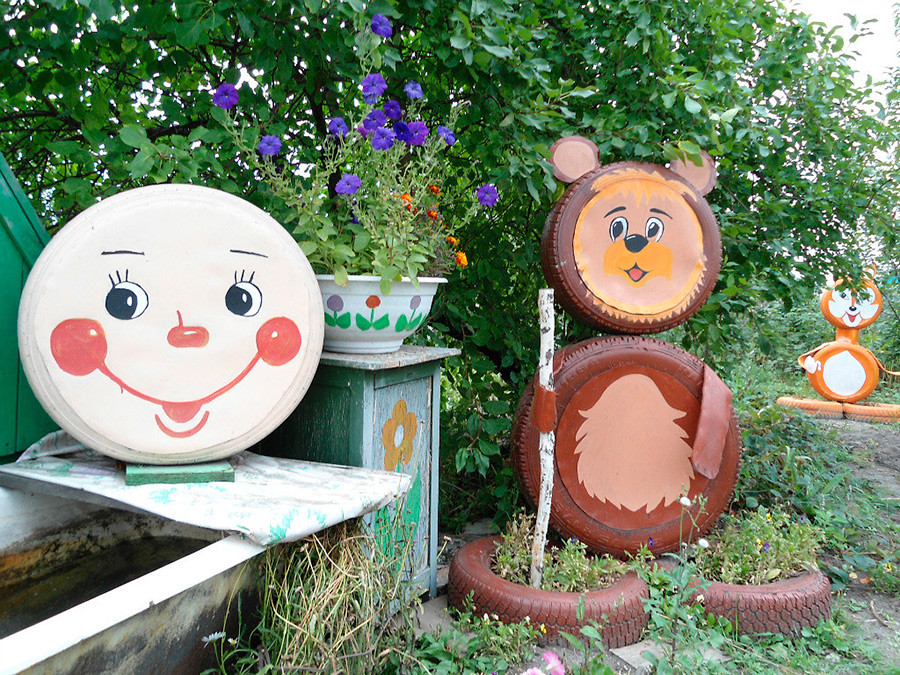 . We can't say that these ‘masterpieces’ reflect a concern for the environment. Rather, it's more a sense of laziness and fear. Why throw out old bottles and tires. At the same time, it takes great patience to collect and create them. 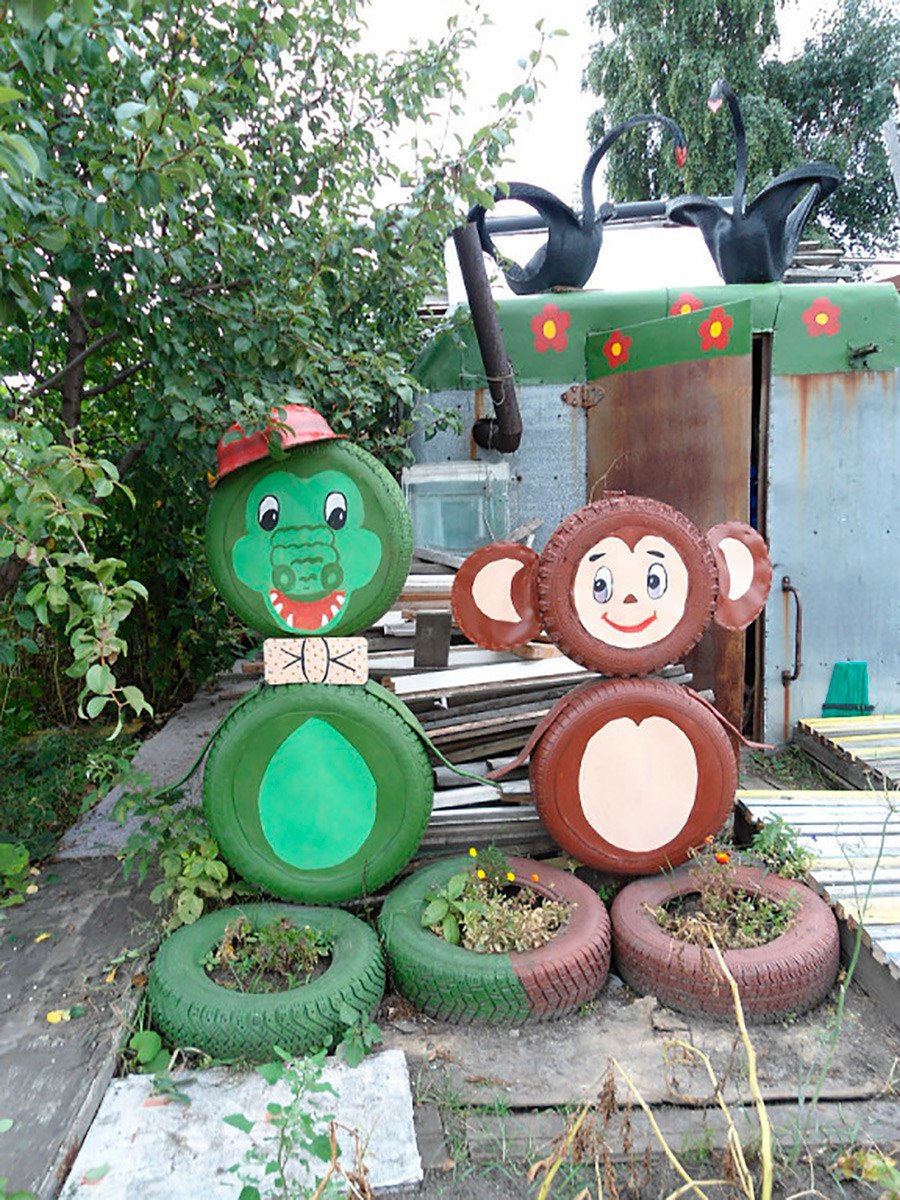 5. Only recently have tires been used to make art. Previously, they were as to build children's playgrounds. Vertically dug into the ground at different heights they were favorite items for playing: both as steps to run along, and a place to sit. 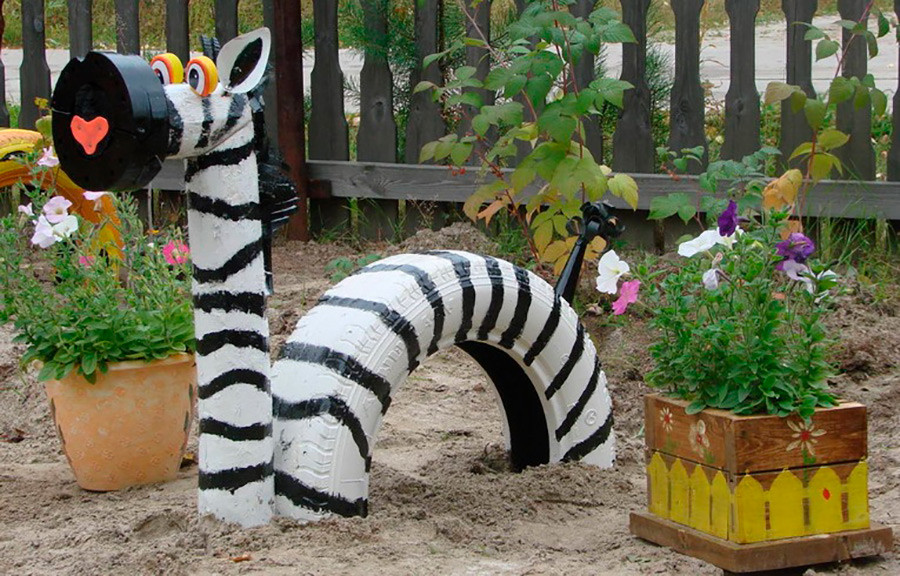 6. On weekend mornings the entire country watched the TV program, “As Long as Everyone is Home,” and the host went to a celebrity's house for tea and engaged in casual talk. Also, there was a main and rather unrelated subtopic called, “Very skillful hands,” where the host and his creative guest showed how to make difficult contraptions from everyday items. 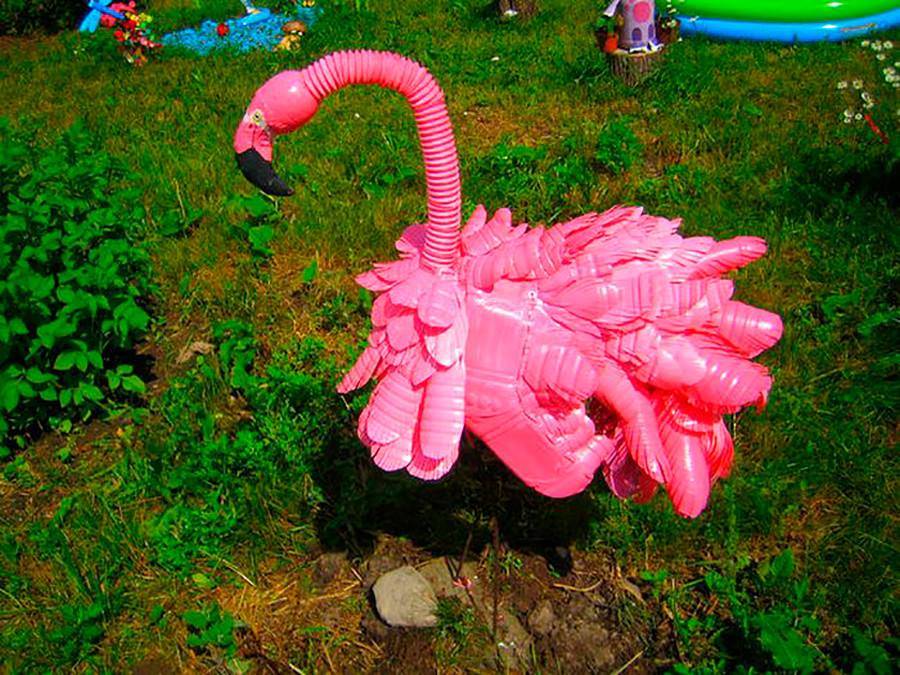 7. From old plastic bottles these “very skillful hands” could even make an automatic flower-watering device. This was a lifehack for anyone on vacation. Russians looked forward to these shows, copying them at home and inventing their own. Sometimes hosts did projects that were sent to them by TV viewers. 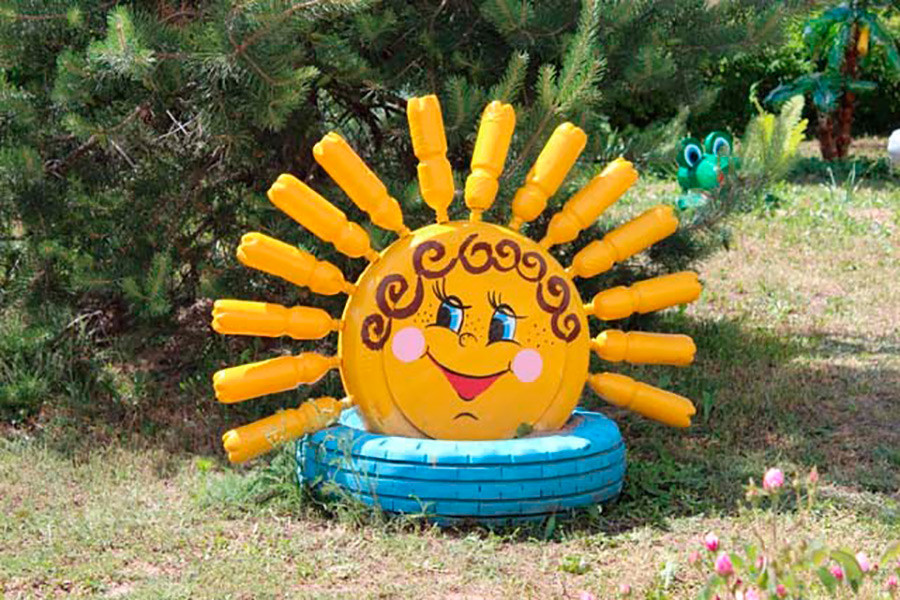 8. Another Russian passion is making a ‘museum’ of all possible things, as well as attracting attention to their beautiful garden. When strangers stop to admire, you get the feeling that you've created something eternal and worthy, and that you’ll be remembered for ages. 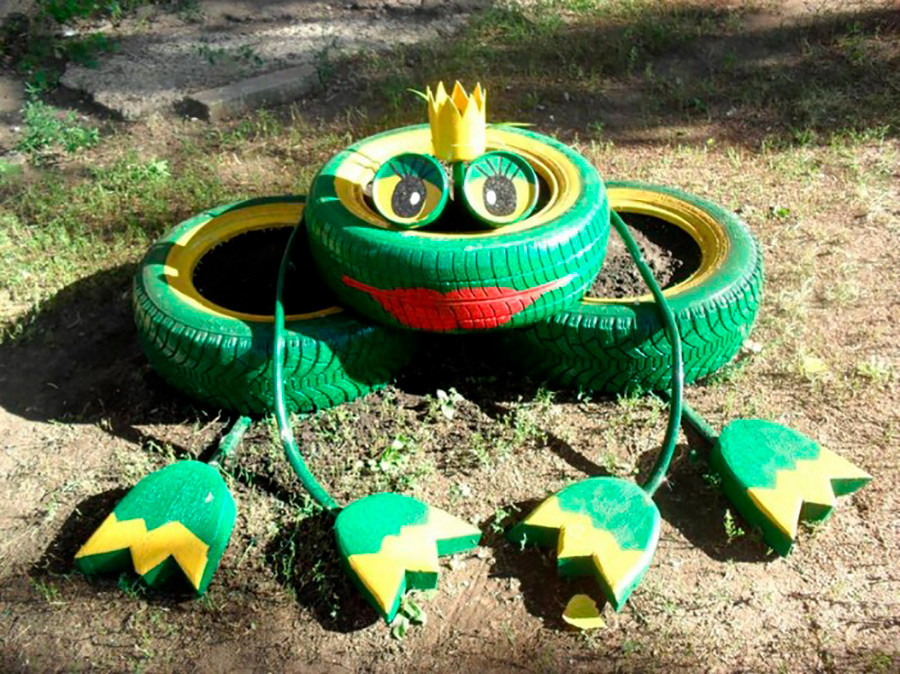 9. This decoration’s main advantage is that it won't break ceramic vases and sculptures that are more common in gardens. 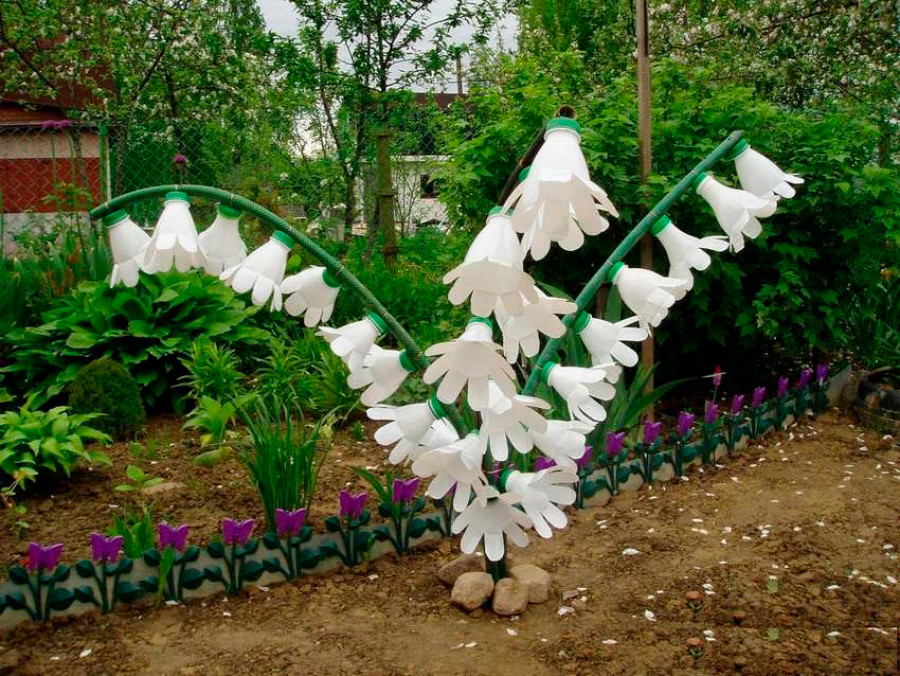 10. Of course, the main reason why Russians are doing it – their great sense of humor! They want to have fun and make others laugh.