In pictures: What if Trump lived in Russia? 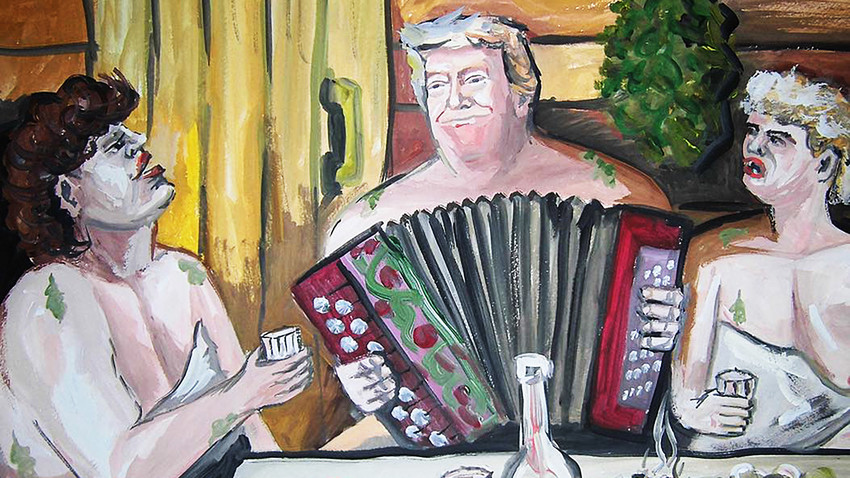 Vyacheslav Zhdanov
Drinking vodka in a village, crazy folk dancing, inebriated in a rye field...Donald Trump as you’ve never seen him before.

Can you imagine Donald Trump dancing the kazachok topless in a Russian village? Or singing drunk songs after necking a bottle of vodka in a rye field? 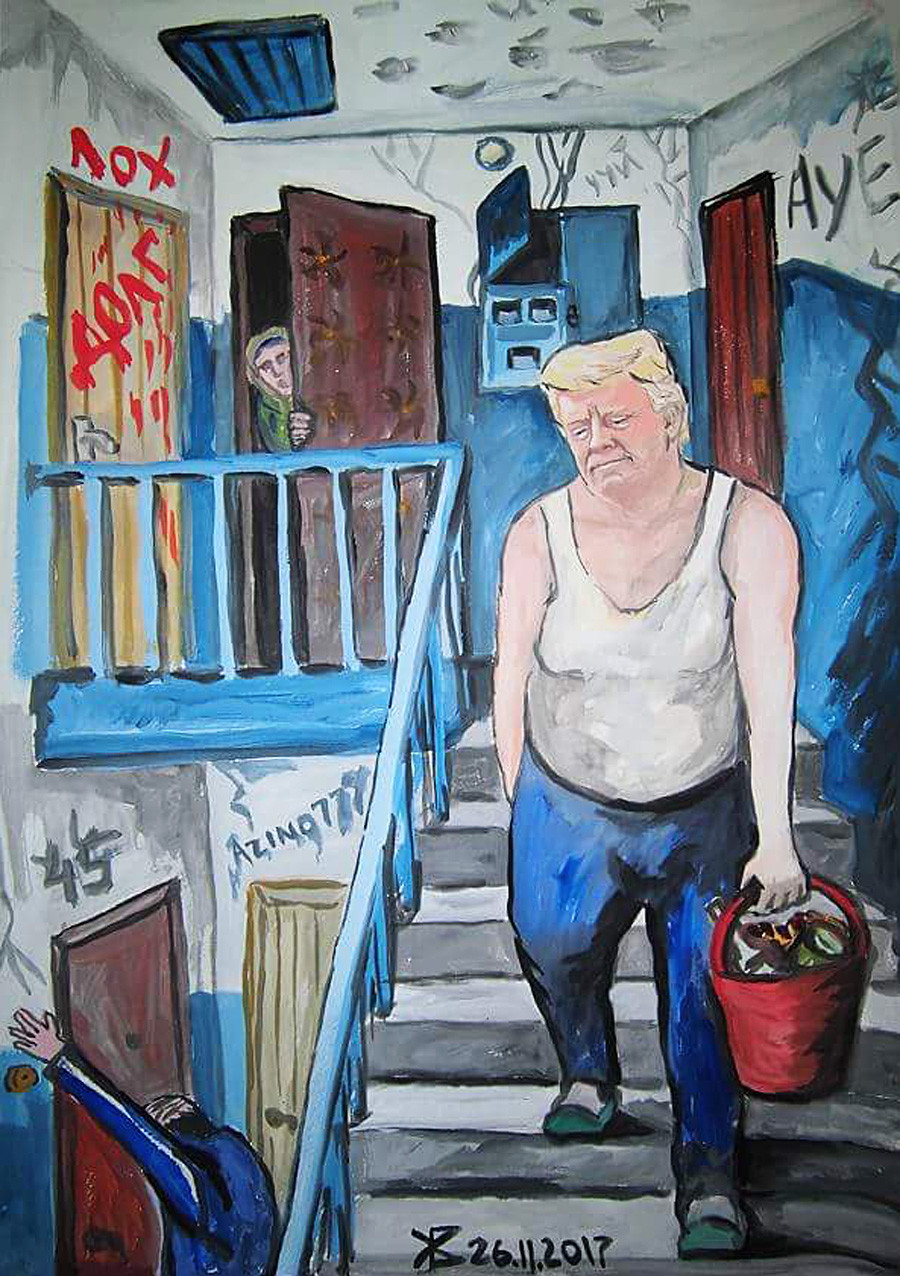 Well, if this all seems too far-fetched you need to have a look at Vyacheslav Zhdanov’s drawings 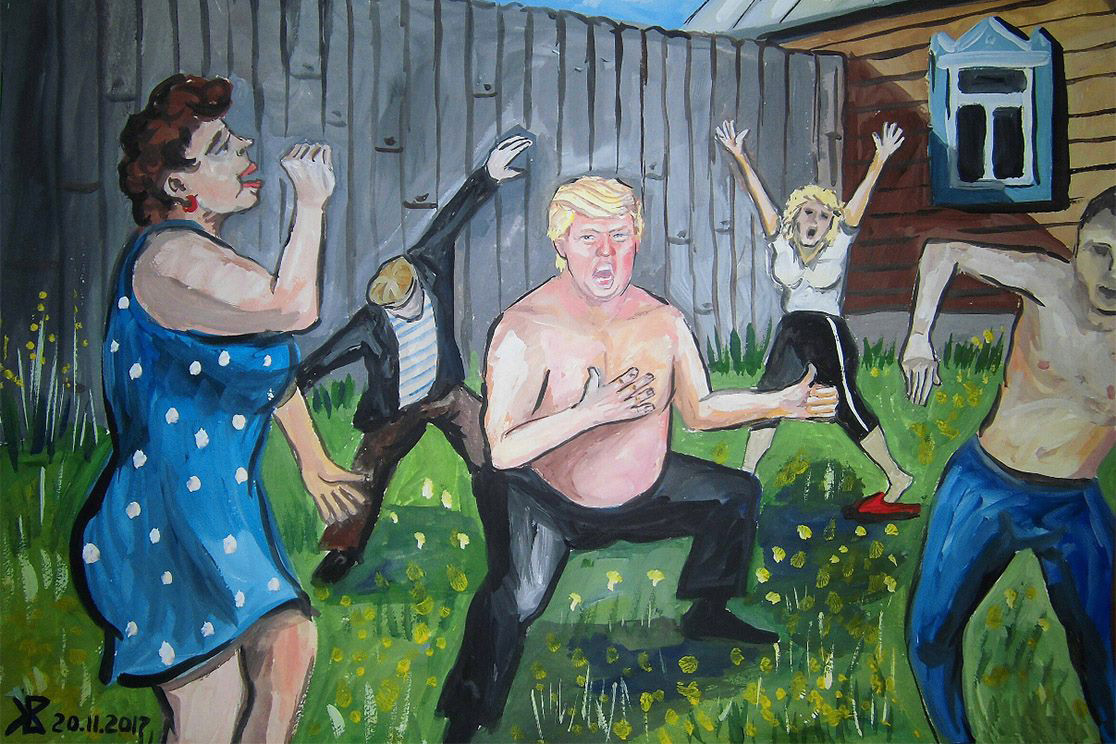 Russian artist has portrayed the American president as a gulag prisoner, in a banya, and as a depressive Russian husband made to take out the garbage, among other scenarios. Some online users have even pointed out apparent similarities between the depictions of Trump and Boris Yeltsin’s real life. 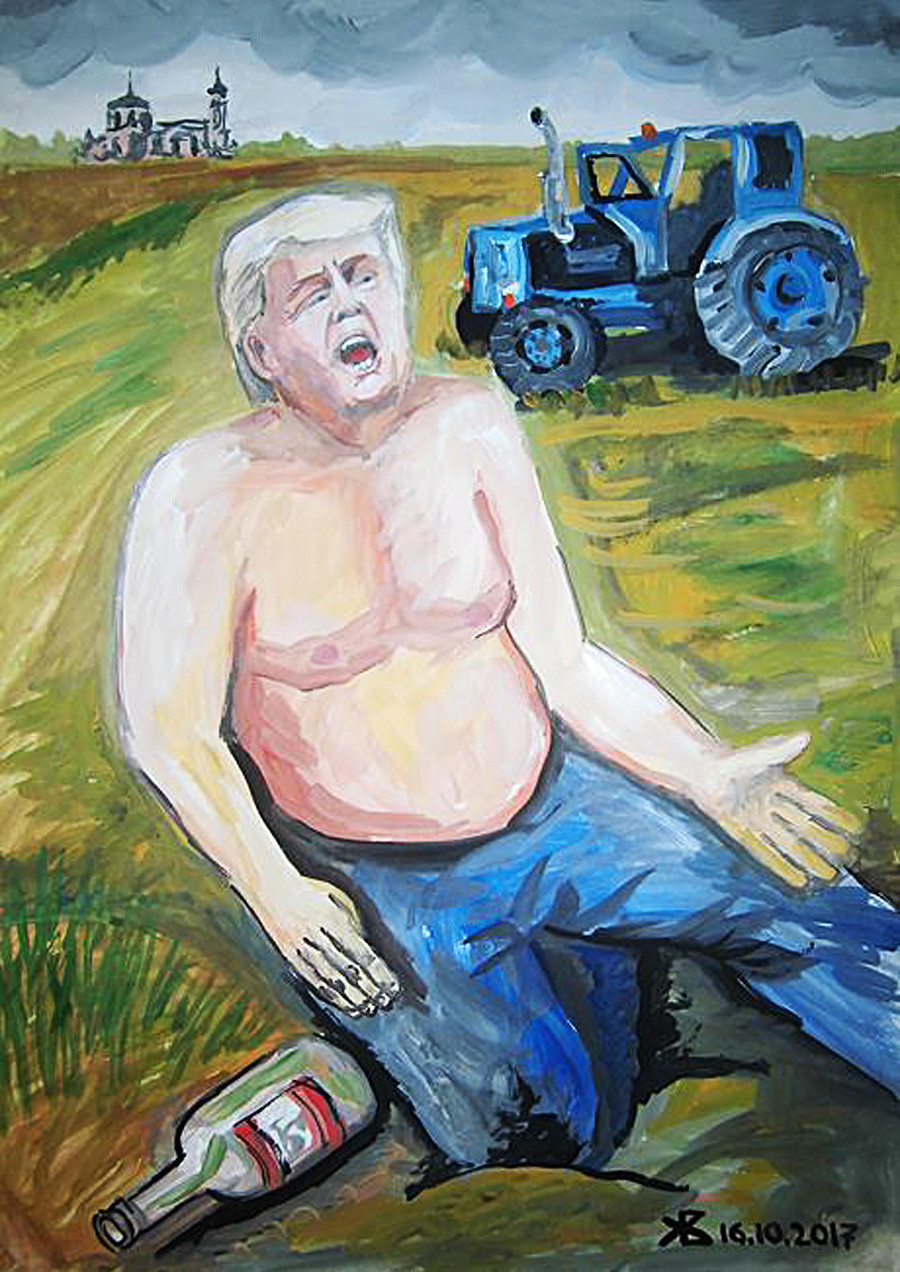 “In my work I pay much attention to humdrum and personal problems of men in modern life. The life of low-income citizens in Russian society with its social problems - alcoholism, poverty, difficult situations,” Zhdanov says 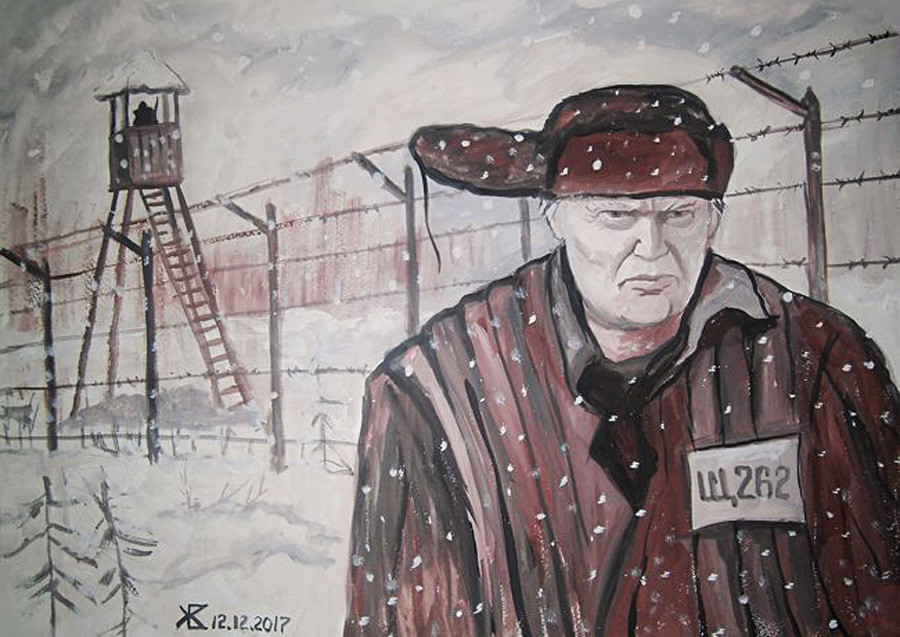 his works the artist preserves the style of the Soviet comic Krokodil. “I am far from politics, but close to certain caricature traditions,” Zhdanov explains, saying his images have a soft irony.