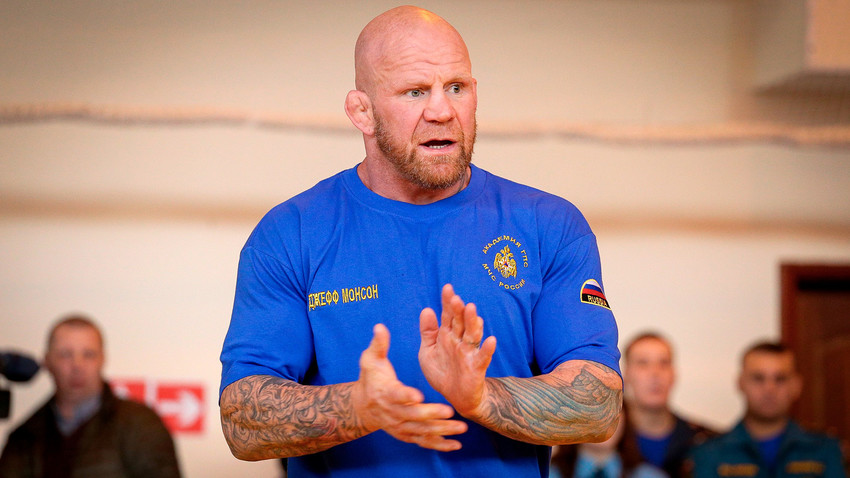 As a mixed martial arts fighter, Monson has held 85 fights, winning 60 of them

Monson is a native of Minnesota. As a mixed martial arts fighter, he has held 85 fights, winning 60 of them. He is also a world champion in Brazilian Jiu-Jitsu.

Besides his sporting achievements, he is known for his strong anti-capitalist stance and promotion of Soviet legacy. It is alleged that has he entered the ring to the tune of the Soviet anthem on several occasions.

As media reported, one of Monson’s many tattoos is a huge Soviet hammer-and-sickle emblem. There are also two tattoos in Russian saying “” (freedom) and “” (solidarity). In a 2015 interview with RT, Monson stated that in his own view, he had “a Russian soul.”

In the past decade, a number of foreign celebrities have received Russian citizenship, including Gerard Depardieu or Steven Seagal.

Read an exclusive interview that Monson gave to Russia Beyond.