Culture
Ksenia Zubacheva
“Home is where your heart is,” the popular saying goes, and these foreign athletes and celebrities seem to have found their heart in Russia. Find out why they decided to apply for Russian citizenship!

Last week, President Vladimir Putin granted Russian citizenship to Australian-born cyclist Shane Perkins. An Olympic bronze medalist and dual world champion, Perkins has no family connections to Russia. He struggled for recognition on the Australian team, and when that didn’t work out he decided to prove himself under the Russian flag.

The former Australian athlete is not the first foreigner to become a Russian national. Over the past two decades, the country has granted passports to many foreign sportsmen and celebrities. Here are 10 lucky ones who, like Perkins, were granted Russian citizenship, or are close to getting it. 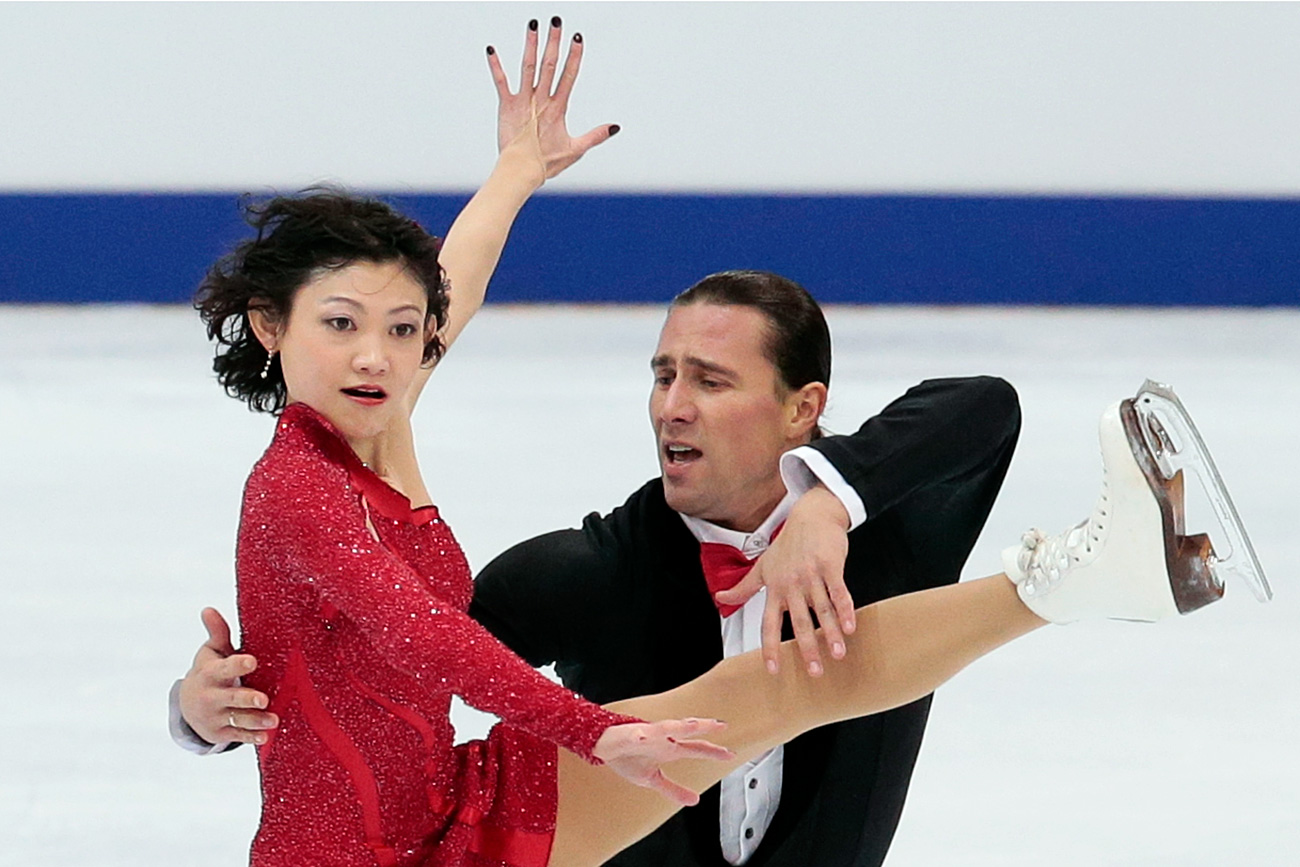 This figure skater from Japan changed her nationality in 2008 to fulfil her childhood dream of competing in the Olympics. Yuko Kawaguti started off as a singles skater, but then switched to pairs when inspired by Elena Berezhnaya. She asked Russian coach Tamara Moskvina to train her, and then followed her to the U.S. and finally to St. Petersburg.

In 2006, Kawaguti teamed up with Russian figure skater Alexander Smirnov, and in 2008 she had to change her citizenship to take part in the 2010 Vancouver Olympics. They won numerous competitions: two-time European champions, and two-time World bronze medalists. Kawaguti continues to train with Smirnov and doesn’t plan to end her career any time soon. 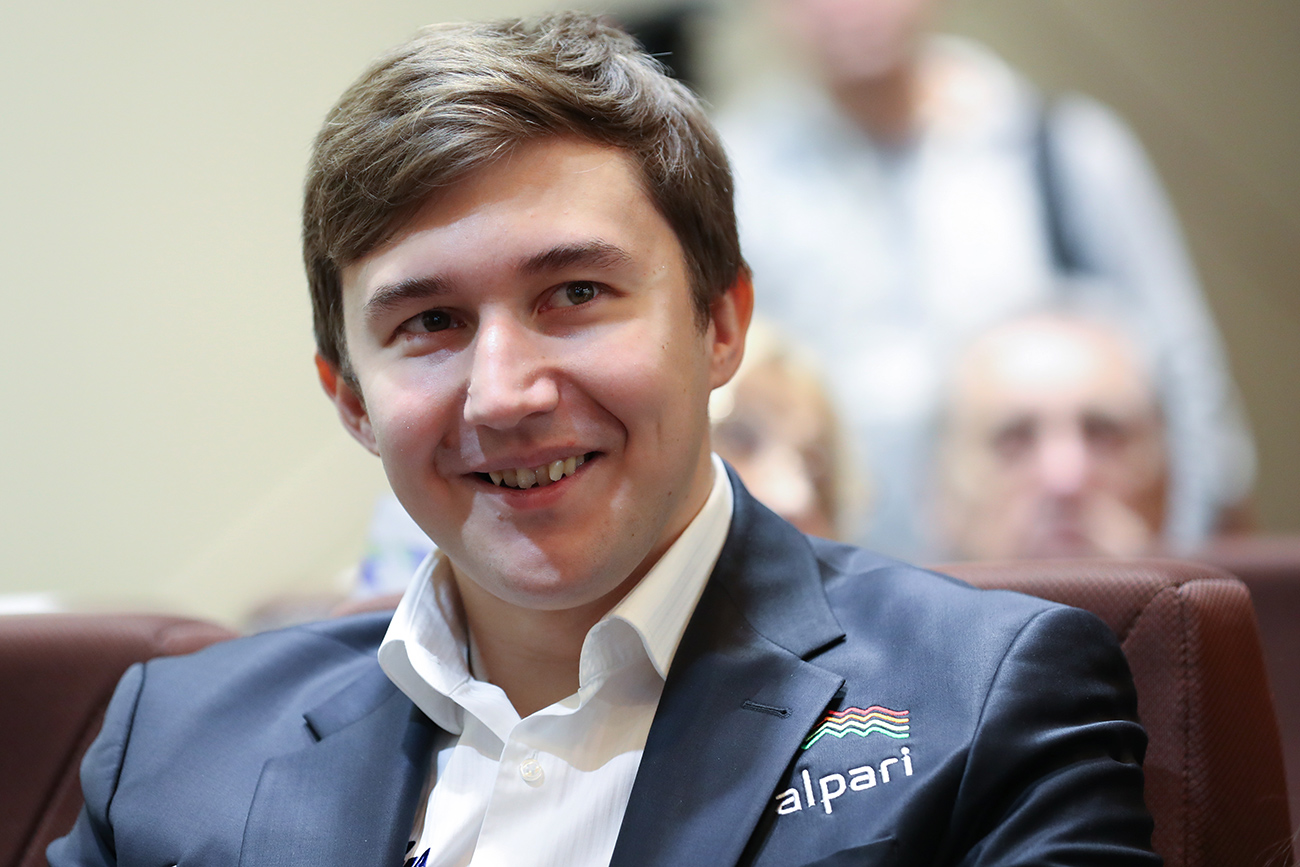 The world’s youngest chess grandmaster, Sergey Karjakin was born in Crimea’s Simferopol but gave up his Ukrainian passport for a Russian one in 2009, even before the peninsula rejoined Russia. The Russian Chess Federation offered him an opportunity for better sponsorship and coaching, so he moved to Moscow. Following the 2014 events, he expressed support for Russia and continues to represent the country in global chess competitions. 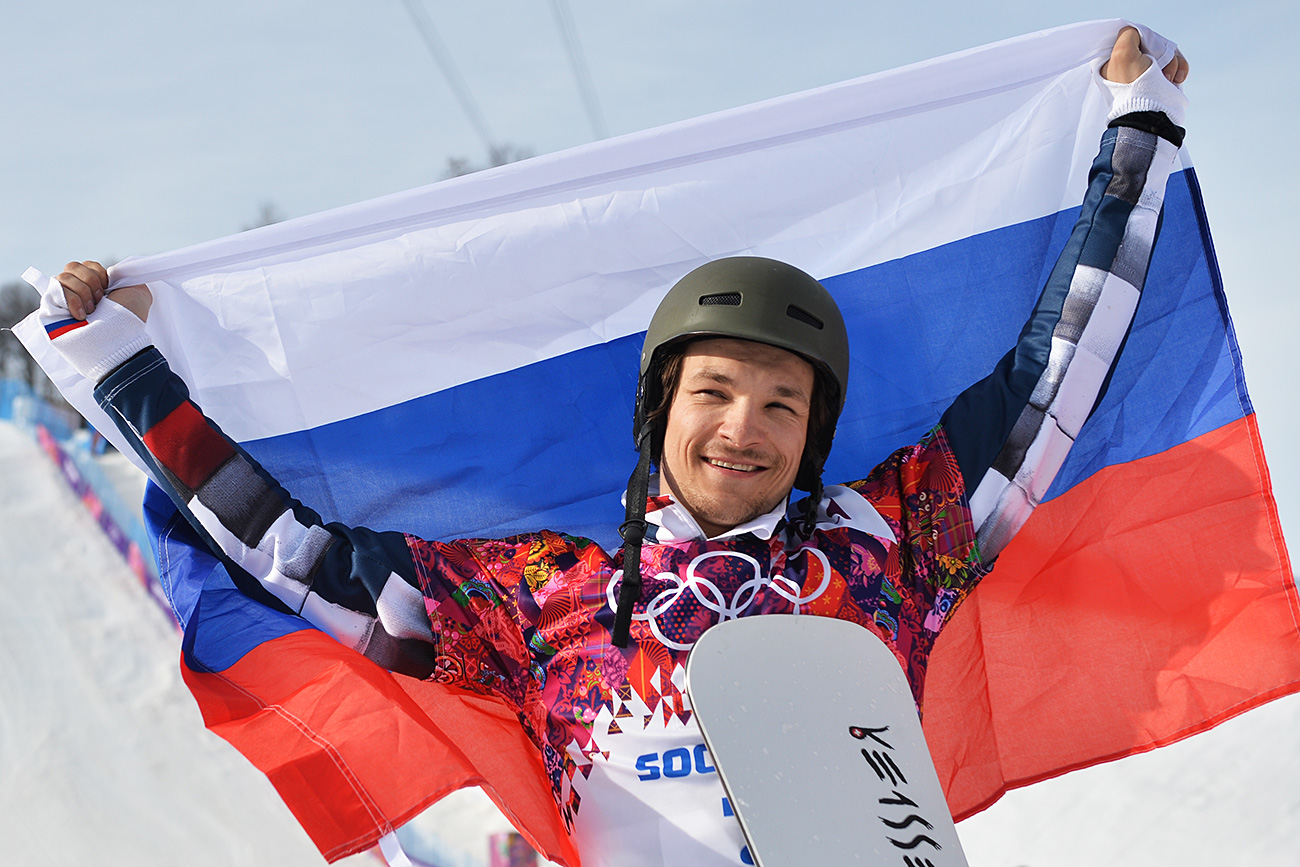 Formerly an American Olympic snowboarder, Vic Wild changed his citizenship in 2011 when he married Russian girlfriend Alena Zavarzina, also a snowboarder. The decision largely came as a result of the lack of funding that Wild experienced from the U.S. Ski and Snowboard Association because it attached little priority to his specialties - the parallel giant slalom, and the parallel slalom. In 2014, he won gold at the Sochi Olympics, and now he will represent Russia at the 2018 PyeongChang Olympics. 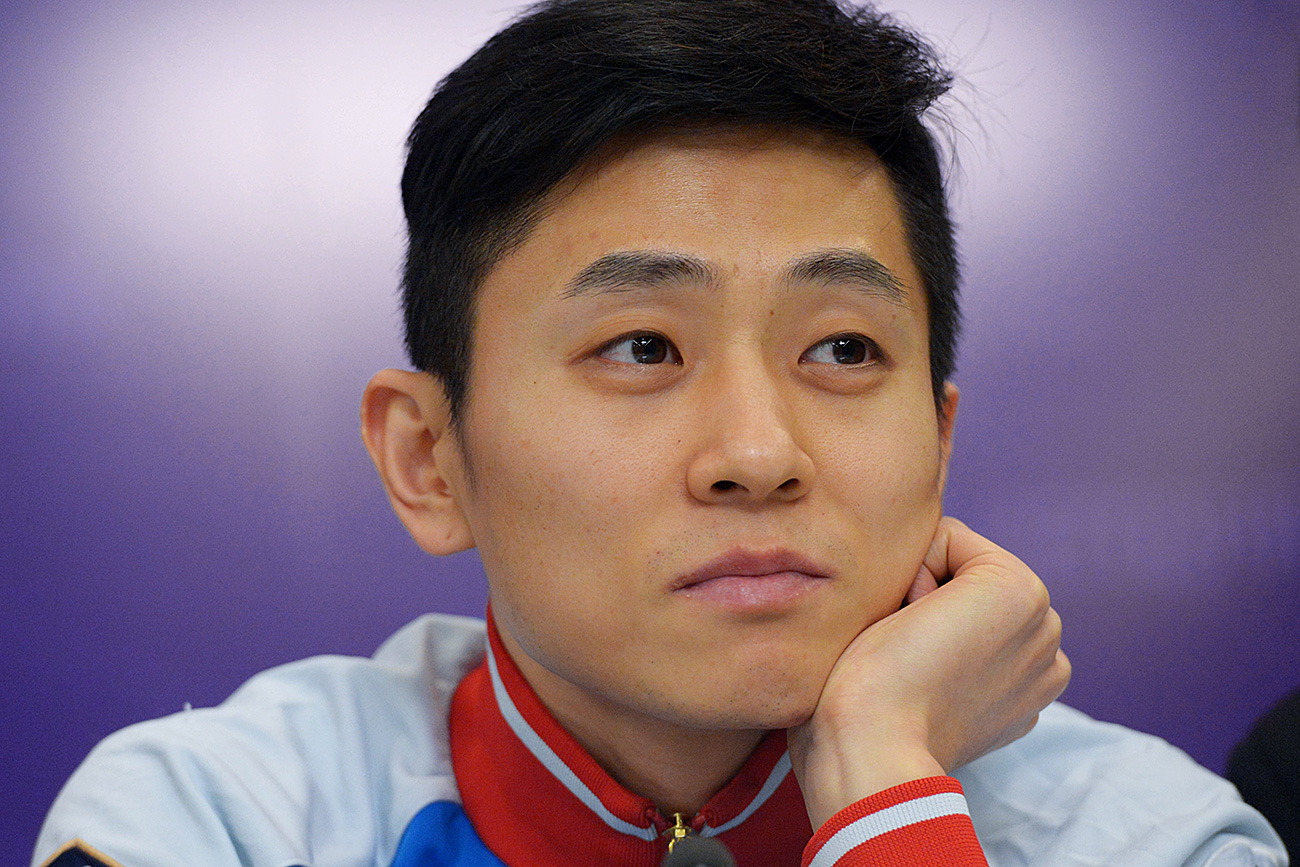 Kicked to the curb by the South Korean Track Federation in 2011, Victor Ahn (then Ahn Hyun-soo) applied for a Russian passport in 2012 to keep his career alive. Already winning three Olympic golds he was mistreated by the track federation at home due to his knee injury and the overall stiff competition. After Russia embraced him with open arms he won three gold medals in the 2014 Sochi Olympics and is now included in the Russian track team for the 2018 Olympics in South Korea. 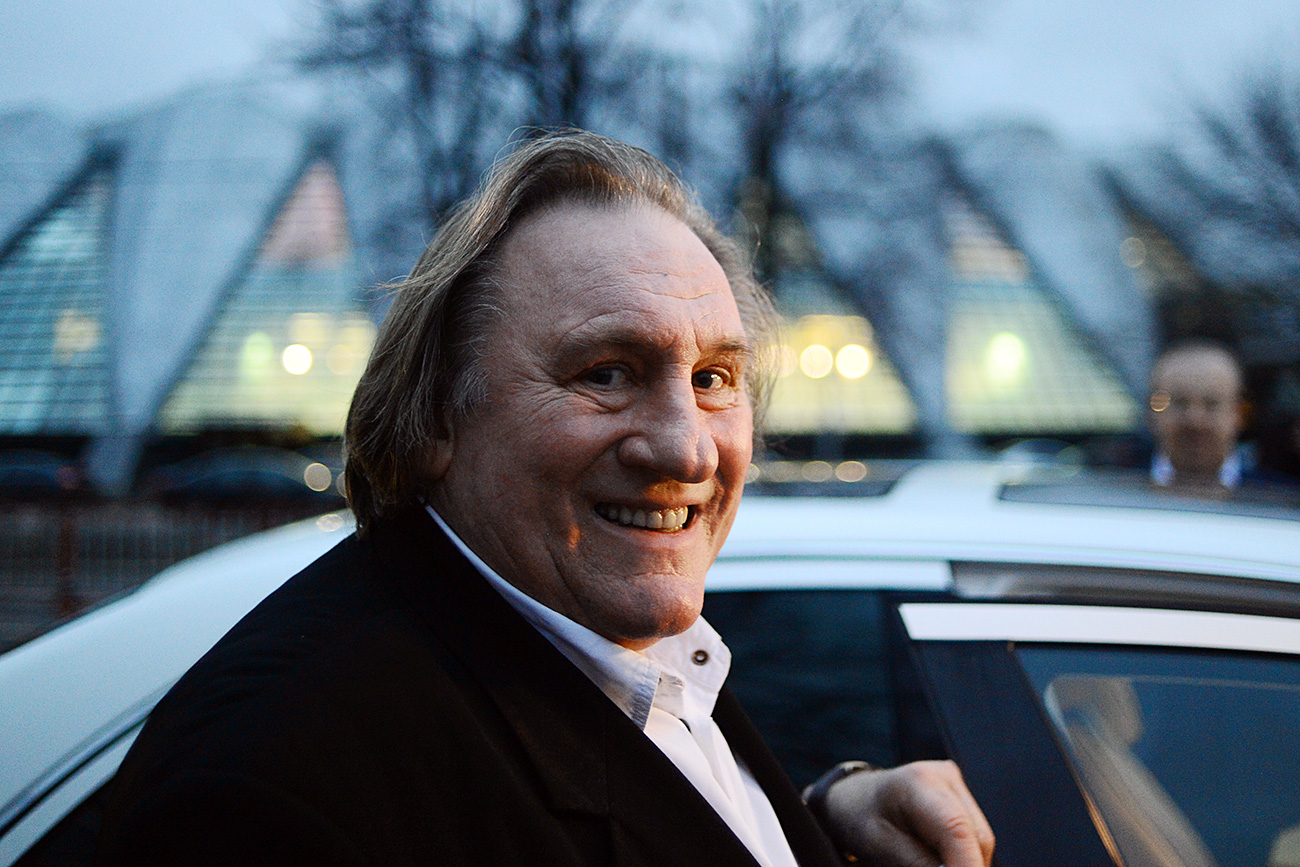 Fleeing France to avoid hefty taxes on the mega rich, famous French actor Gérard Depardieu got himself a Russian passport and immersed himself into Russian life. Besides the new citizenship, the authorities granted him two flats in Chechnya and one in Saransk in Mordovia.

Over the course of the next few years, Depardieu opened a cinema and a cultural center in Saransk, took part in a number of Russian movies and TV shows, won a fraud case against a local businesswoman and, eventually, according to reports, sold his apartments in Russia and left the country for Belgium. According to some accounts, he plans a trip to Crimea to possibly buy a winery there. 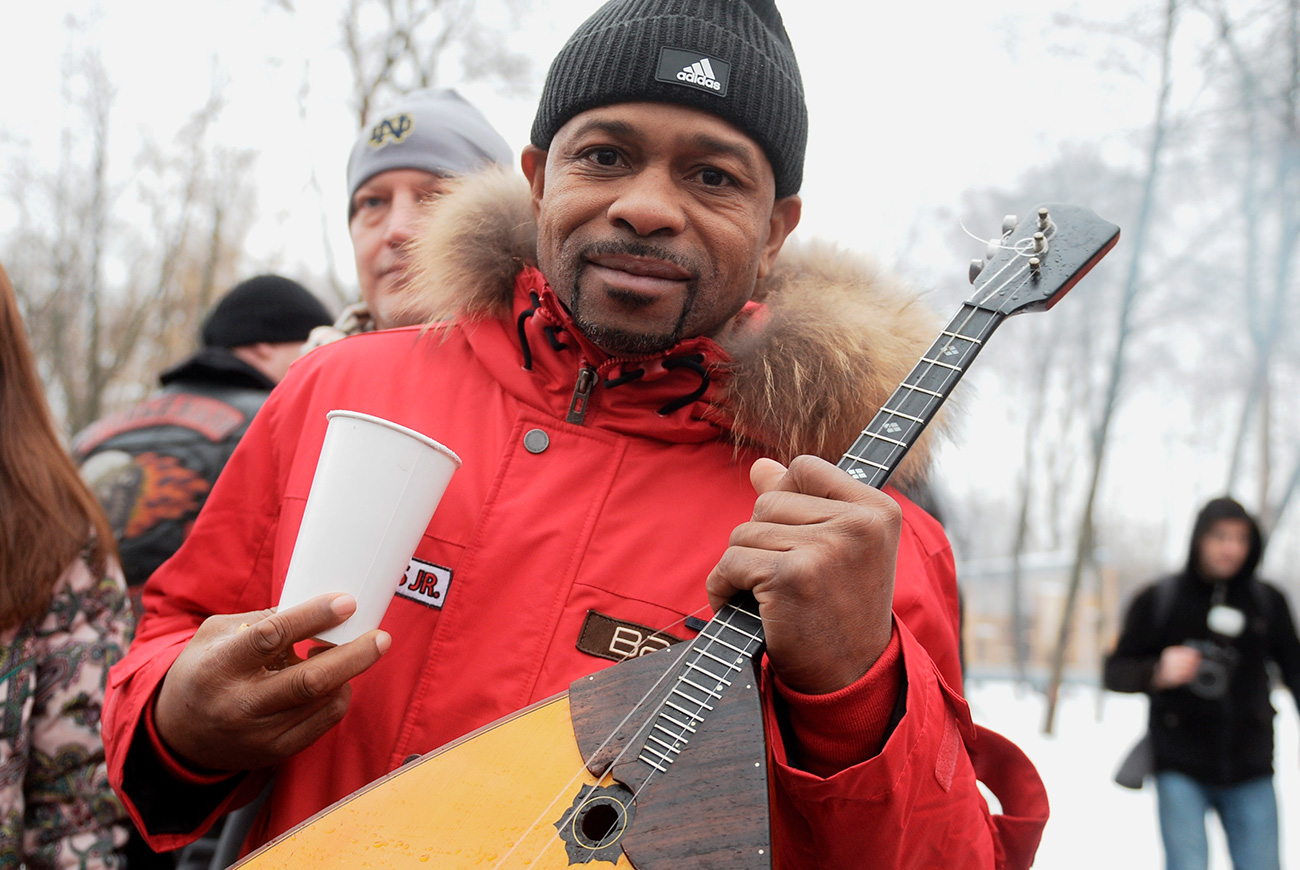 This American professional boxer and division four world champion asked for a passport in 2015 during a meeting with the Russian president. “I want to become a citizen of Russia. I love the Russian people as much as it loves me. Acquiring citizenship will help me to bridge the gap between Russia and the U.S.,” this is what he wrote in his application.

The authorities granted him citizenship on condition that Jones spends a significant part of his life in Russia and that the fighter lives up to his commitments. In 2015, he opened a boxing school in the city of Khimki, just outside Moscow, and plans to open another in Odintsovo, also in the Moscow Region. Initially, he planned to spend six months in Russia every year and settle in the Krasnodar region, but he is likely to live somewhere closer to the capital because he loves Moscow. The 48-year-old boxer continues his professional career, and in February he became the world cruiserweight champion with a win over Bobby Gunn in Wilmington, Delaware. 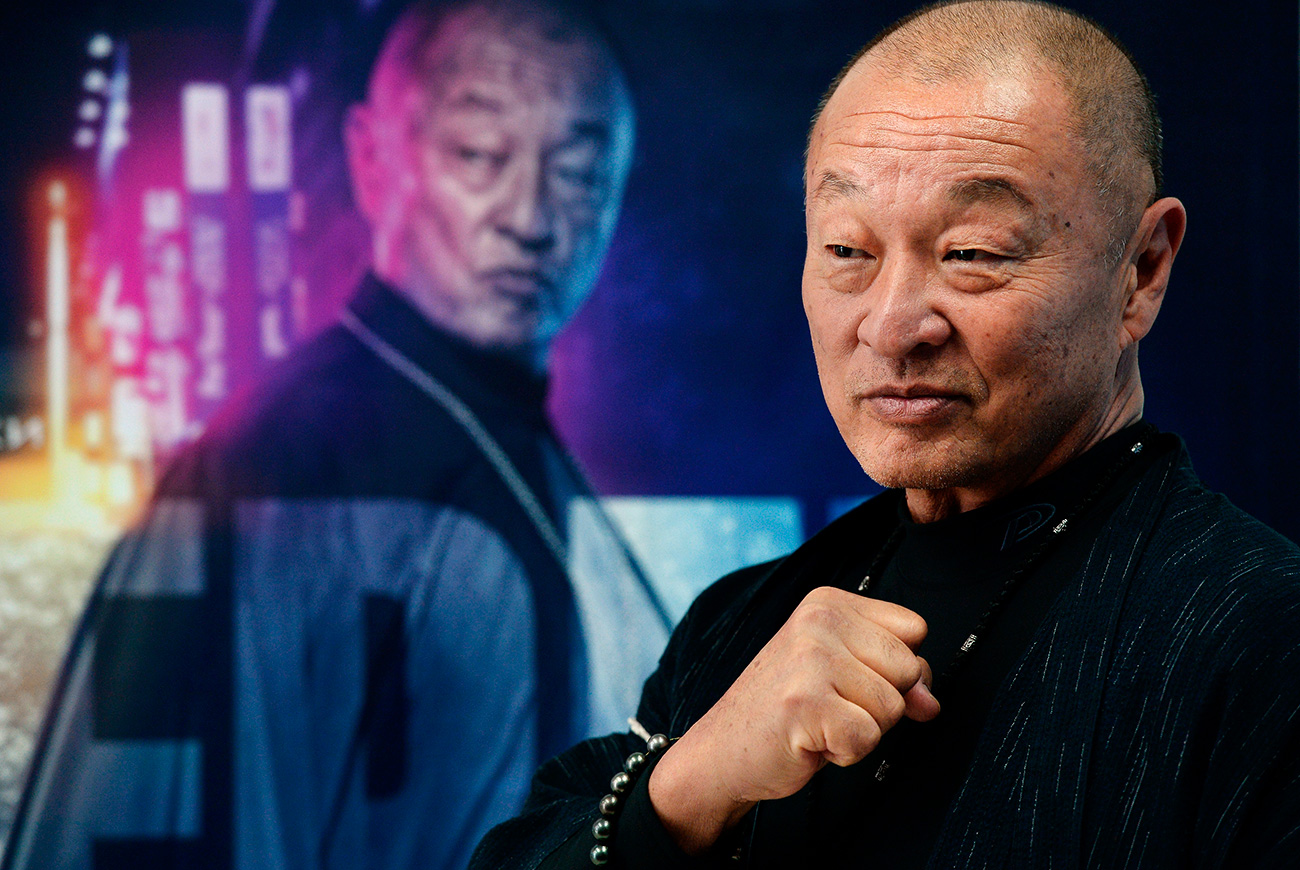 This American actor with Japanese origins is best known for the Mortal Kombat movies. Cary-Hiroyuki Tagawa didn’t just acquire Russian citizenship but was also baptized into the Orthodox Church prior to his passport application.

When shooting a Russian movie called, “The Priest-san,” he was very impressed with the Russian soul and Orthodox teachings. “Russians are very strong in their belief in God. I haven’t seen it anywhere else,” he told the press in 2016.

Now, the actor is shooting a new film, Sky Sharks, and occasionally appears on Russian TV. In 2015, he even took part in a dating TV show called, “Let’s get married!” He is also considering a lead role in a new Chechen action film. 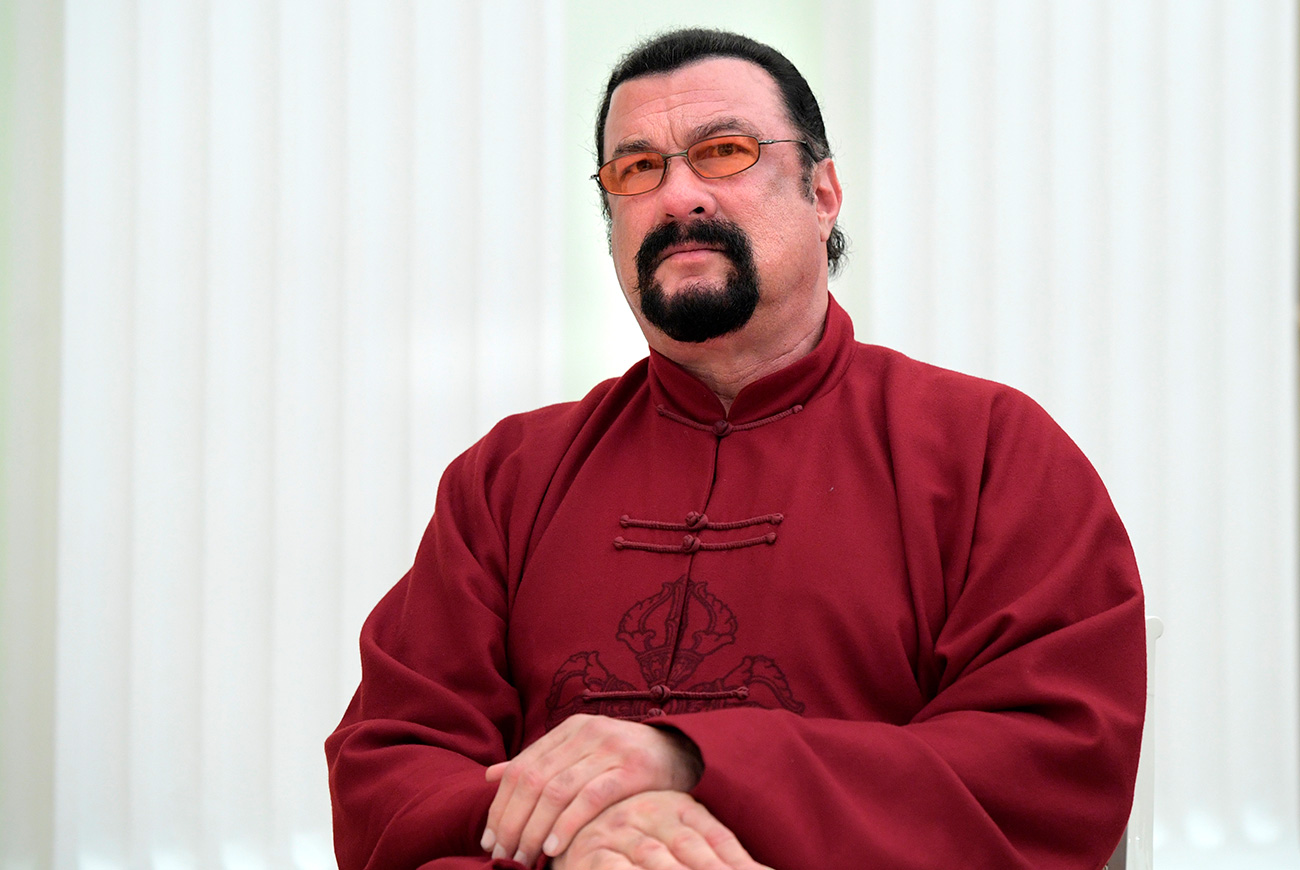 A Hollywood star and Aikido master with Russian roots, Steven Seagal received his Russian passport from President Putin in 2016. Having vocally praised Putin as “one of the greatest world leaders if not the greatest world leader alive today,” Seagal has been a regular guest in Russia, meeting with Chechen leader Ramzan Kadyrov and attending the Eastern Economic Forum in Vladivostok.

After officially becoming Russian, the actor took part in a TV commercial for one of Russia’s telecommunication providers, and reportedly became a managing partner at a retail company. Yet, Seagal doesn’t plan to settle in the country. “I often come to Russia, but I don’t plan to live here permanently; I like to travel and I have a lot of shootings in the U.S., Japan, Thailand and other countries,” he told Russian media in March. 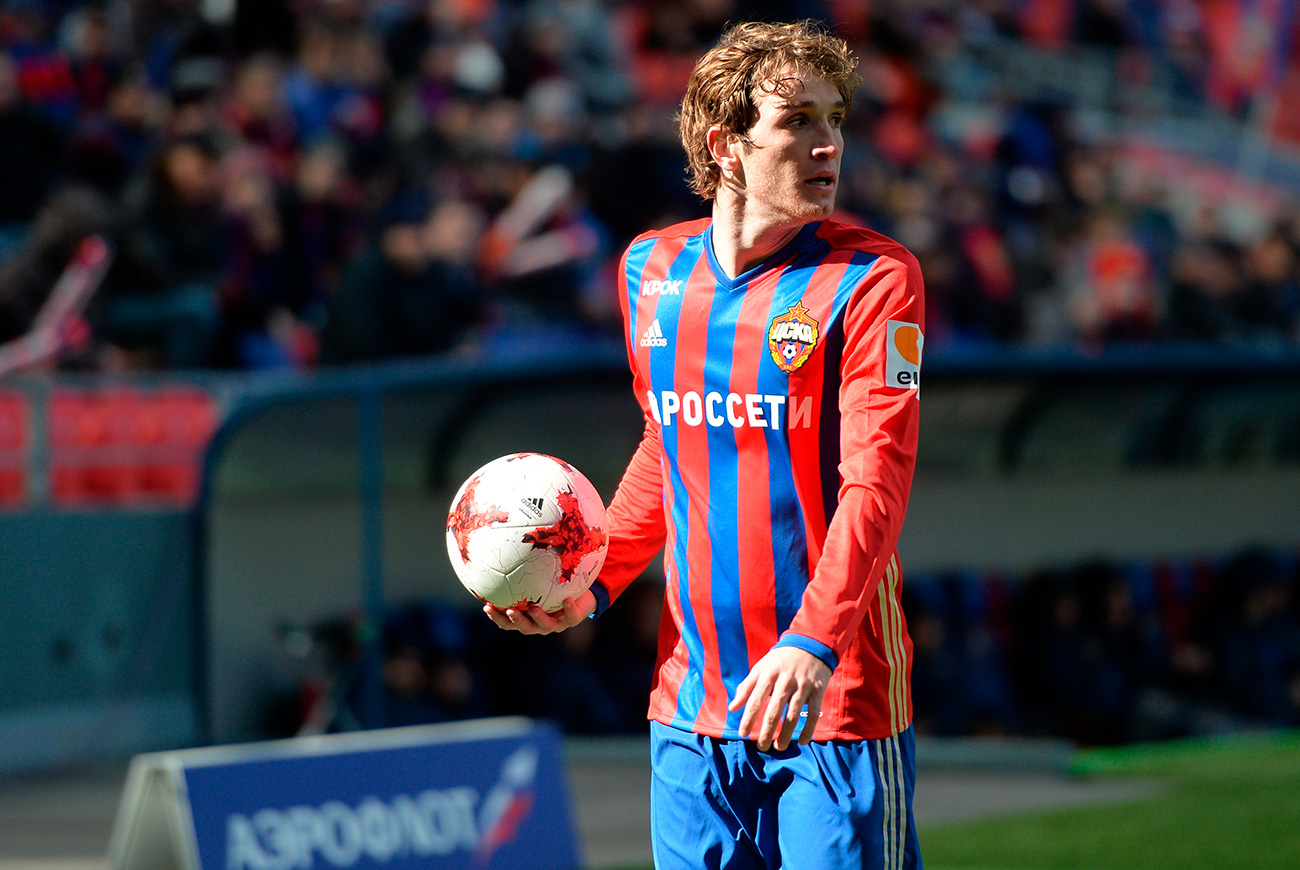 Brazilian-born football player Mario Fernandes became a Russian national last year. After spending five years playing for CSKA he’s now formally allowed to join the Russian national team. Since coming to Russia in 2012 he won three Premier League titles, one Russian Cup and a Russian Super Cup. With his new passport, he has the opportunity to become the first foreign-born outfield player to join Team Russia. 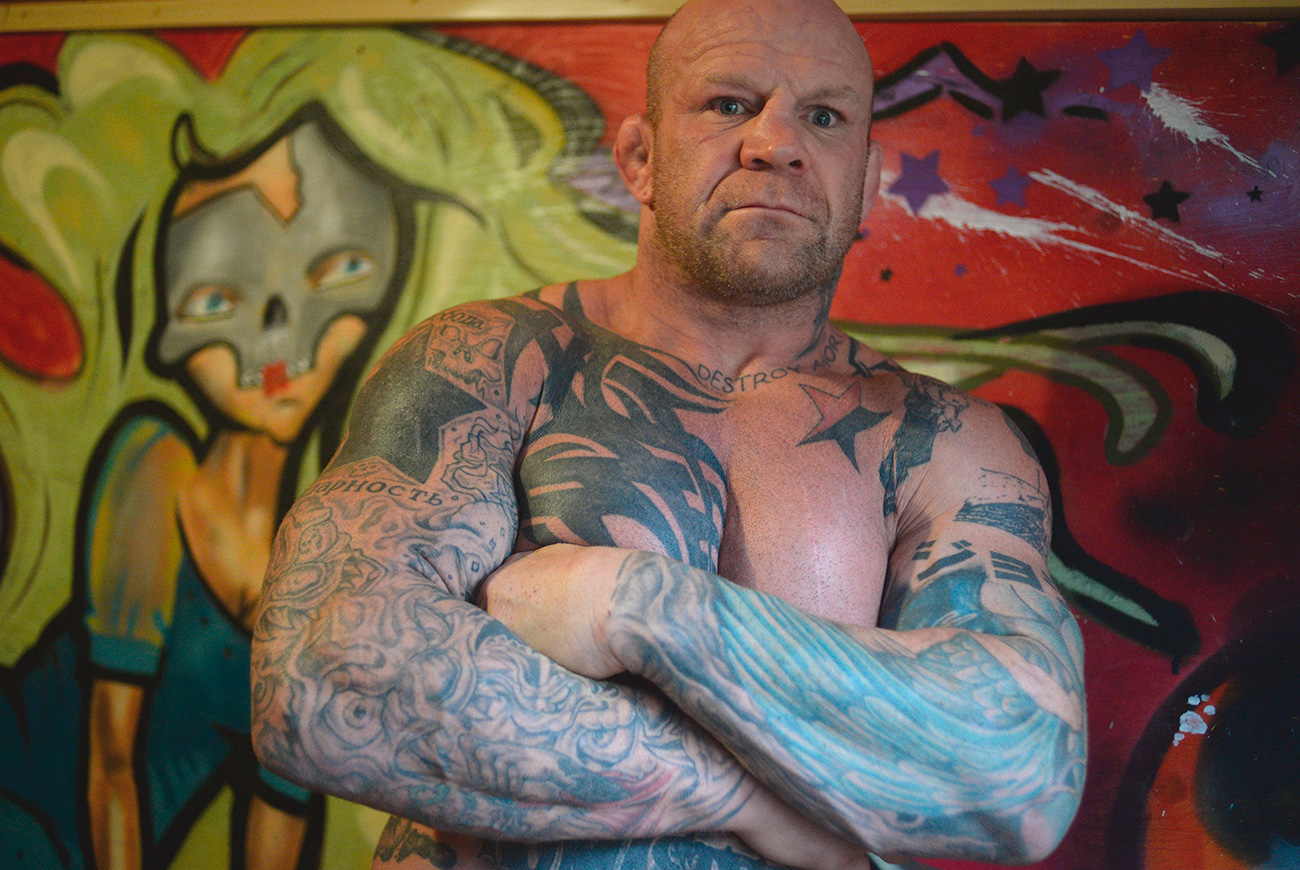 Another aging American fighter, Jeff Monson, applied for Russian citizenship in 2015, but hasn’t yet received it, contrary to popular belief.  https://lenta.ru/news/2016/04/09/nomons/ According to Russian media, Monson’s documents are still being processed, but he hopes to receive his passport by October. In the meantime, the mixed martial arts fighter became a citizen of the People’s Republic of Luhansk (Eastern Ukraine) and is making plans for a future life in Russia. He plans to join the Russian Communist Party using his experience in sports to work with youth.

“I’ve been coming to Russia for five years already and it was love at first sight. I immediately felt deep down inside that this is my home — the one place where I feel whole and at peace both with myself and my surroundings,” he told RBTH in an exclusive interview in 2015.

3 ways to move to Russia, navigate the bureaucracy and not go insane