How Russians changed my life: Chiaki from Japan 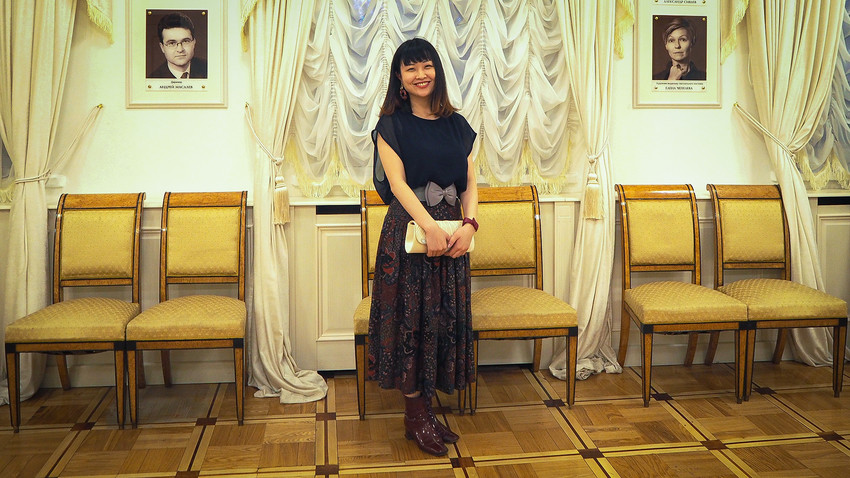 Personal archive
In Japan we often call Russia ‘Osoroshia’ – it’s like an idiom which means ‘Scary Russia.’ But I now feel very differently about the country after experiencing it first hand when I lived there are a researcher.

Before my internship in Russia, I had an opportunity to make a homestay in Moscow for just four days. The apartment of my host, Polina, was located in a Moscow suburb and it took about an hour and a half to get to the meeting point of my group. I had to be on time every morning, and Polina always accompanied me 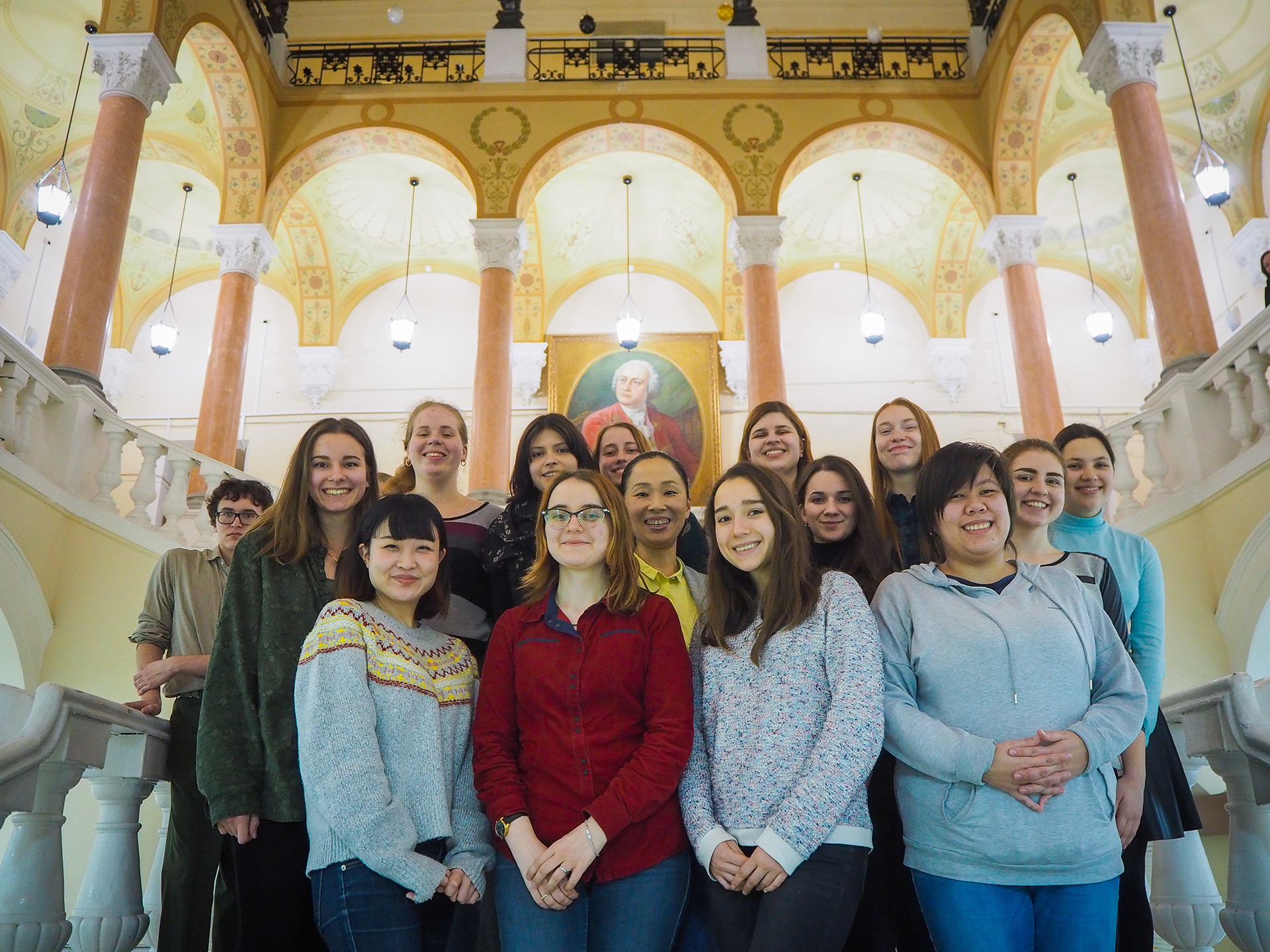 morning we were about to arrive a bit earlier when Polina said: "There’s a place I want to show you. You can’t leave without seeing one of the most beautiful stations of Moscow’s metro with your own eyes. It’s a bit far from here but let's go anyway." Komsomolskaya station was worth visiting, truly beautiful and so artistic that you could easily take it for a museum foyer, apart from trains passing by.

We eventually arrived about 10 minutes late at the meeting point. Polina was familiar with Japanese culture and understood our spirit pretty well, but she’s Russian: Even when is limited and you have certain obligations, if there’s something special that you want to show to your friend, discipline has no chance of winning 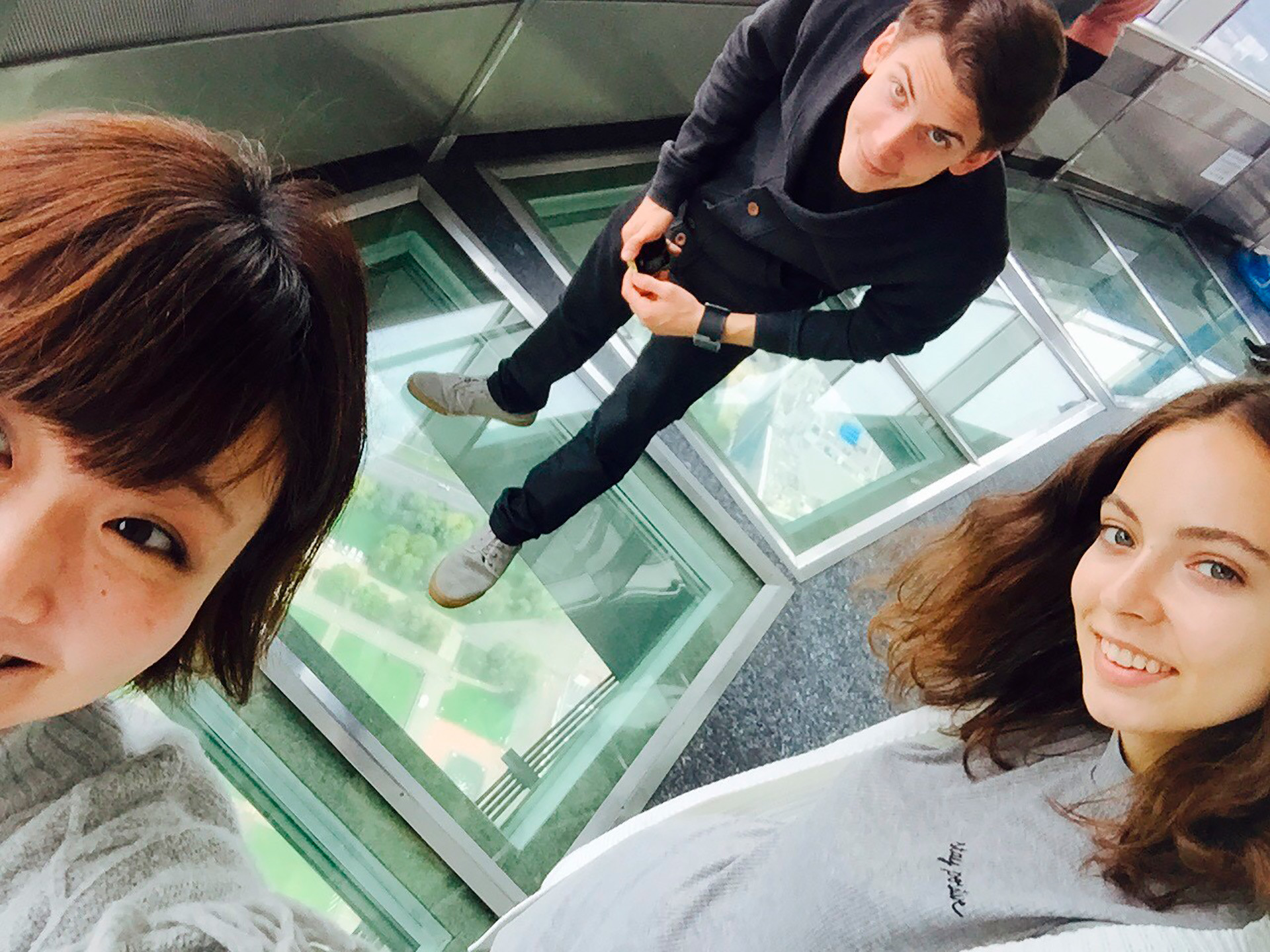 was told off quite severely, anyway I realized that visiting that place with Polina had more value at that moment than being on time. But there’s no doubt, always being late is embarrassing. However, sometimes Russian people notice some valuable things that Japanese people sometimes forget, like when you forget your social obligations and act as a mere human, make your own decisions and clearly express your desire to do something, or refuse if you don’t want to. I guess this is how Russians express their love for humans. 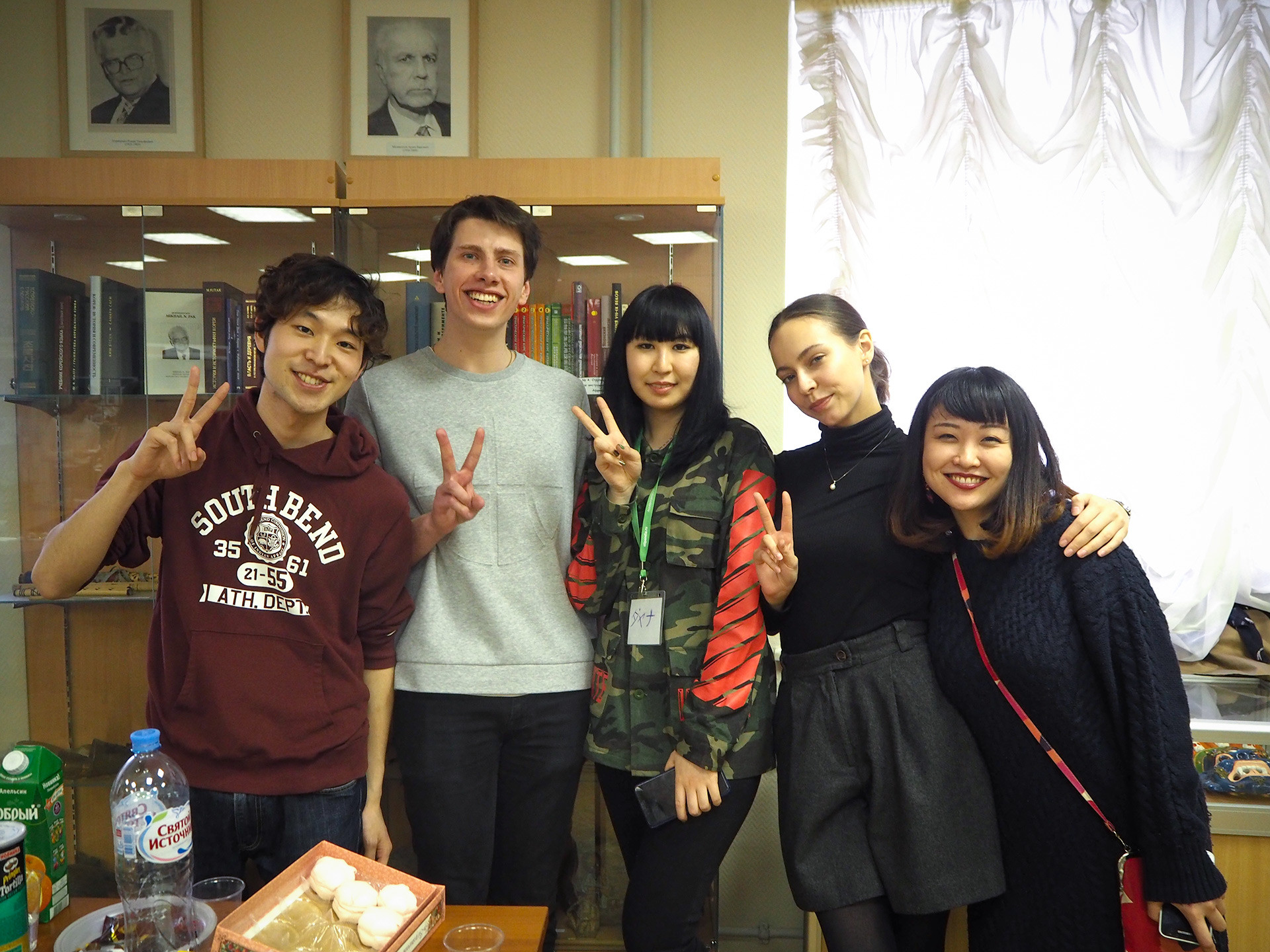 In Russia people don’t mind foreigners. They care about what you are trying to say. Perhaps the reason is for this is the numerous ethnic groups that coexist in the country. Even I was mistaken for a member of staff while shopping in a mall. When I walk down the street in Moscow, people often ask me for directions. When we discuss things in class, Russian students listen to my opinion, even if it’s expressed poorly in Russian, and they are interested in what I have to say.

In Japan, when talking to a foreigner, people usually feel uncomfortable. They change their normal way of talking, may feel anxious, asking themselves: "Should I speak in English?" or "what if we have a miscommunication?" However, when I, a foreigner, met Russians who treated me without any sense of discomfort and spoke normal Russian to me, as they speak to each other, I wasn’t afraid to make mistakes or mispronounce Russian words 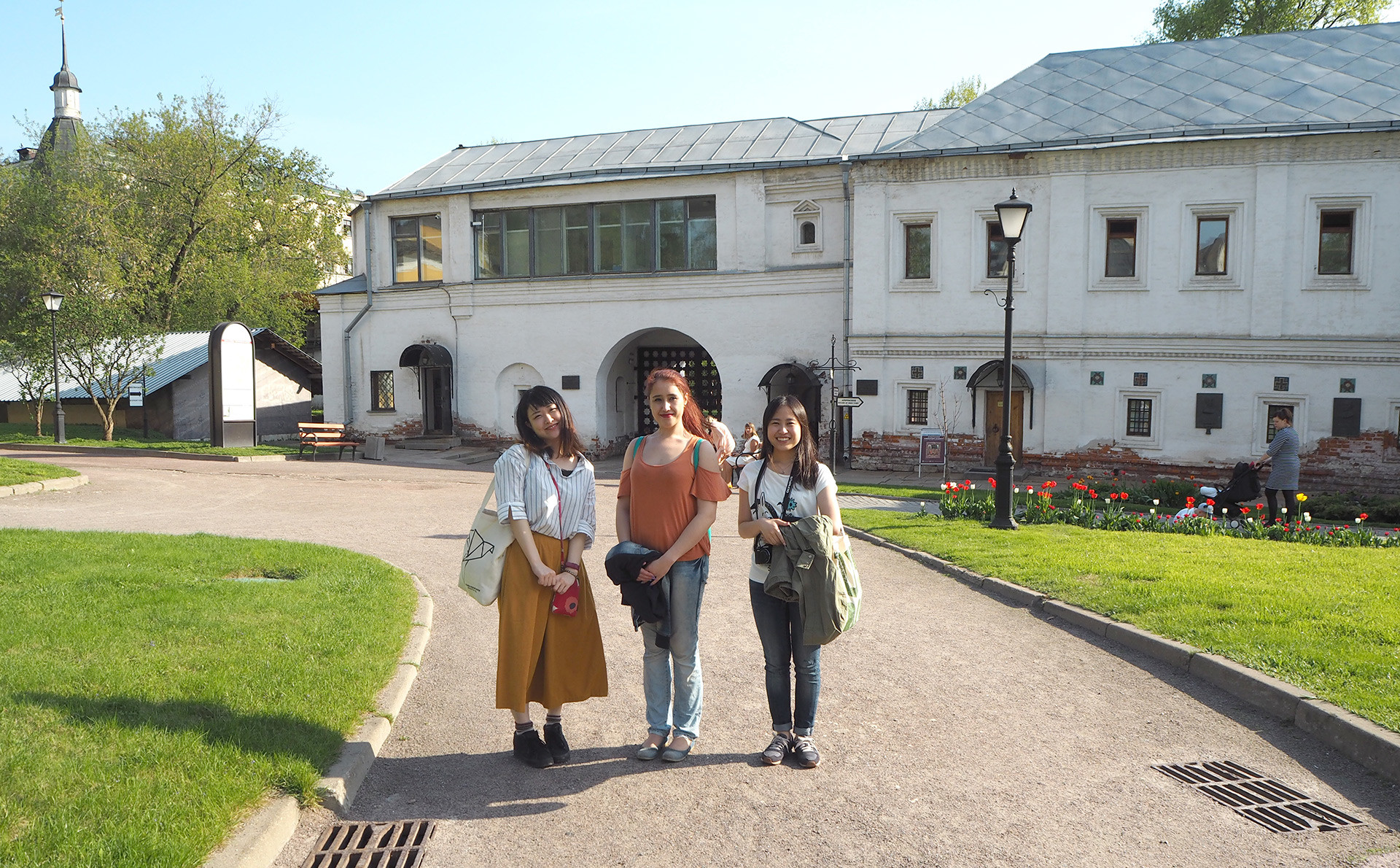 one more thing: I decided not to relax just because of my status as a foreign student. This status can provide you with preferential treatment but, at the same time, it can also mean isolation. There are many things that are allowed for reasons such as: "It’s so hard to get used to an unfamiliar country, and the Russian language is so complicated" or "Oops, I did not know, because I am a foreigner." However, because of these preferences, I felt that I was not being honest with the people around me. I realized that your behavior towards other people should not depend on your social status, but only on your own sympathies and sincere opinion.

Japanese people usually feel shy about doing things that will make them stand out in public, but Russians don’t. For example, in the metro, when the doors were closing a lady once rushed into the train and her bag got caught between the doors. While I was thinking whether I should do something, two men immediately opened the doors and rescued the lady’s bag within seconds 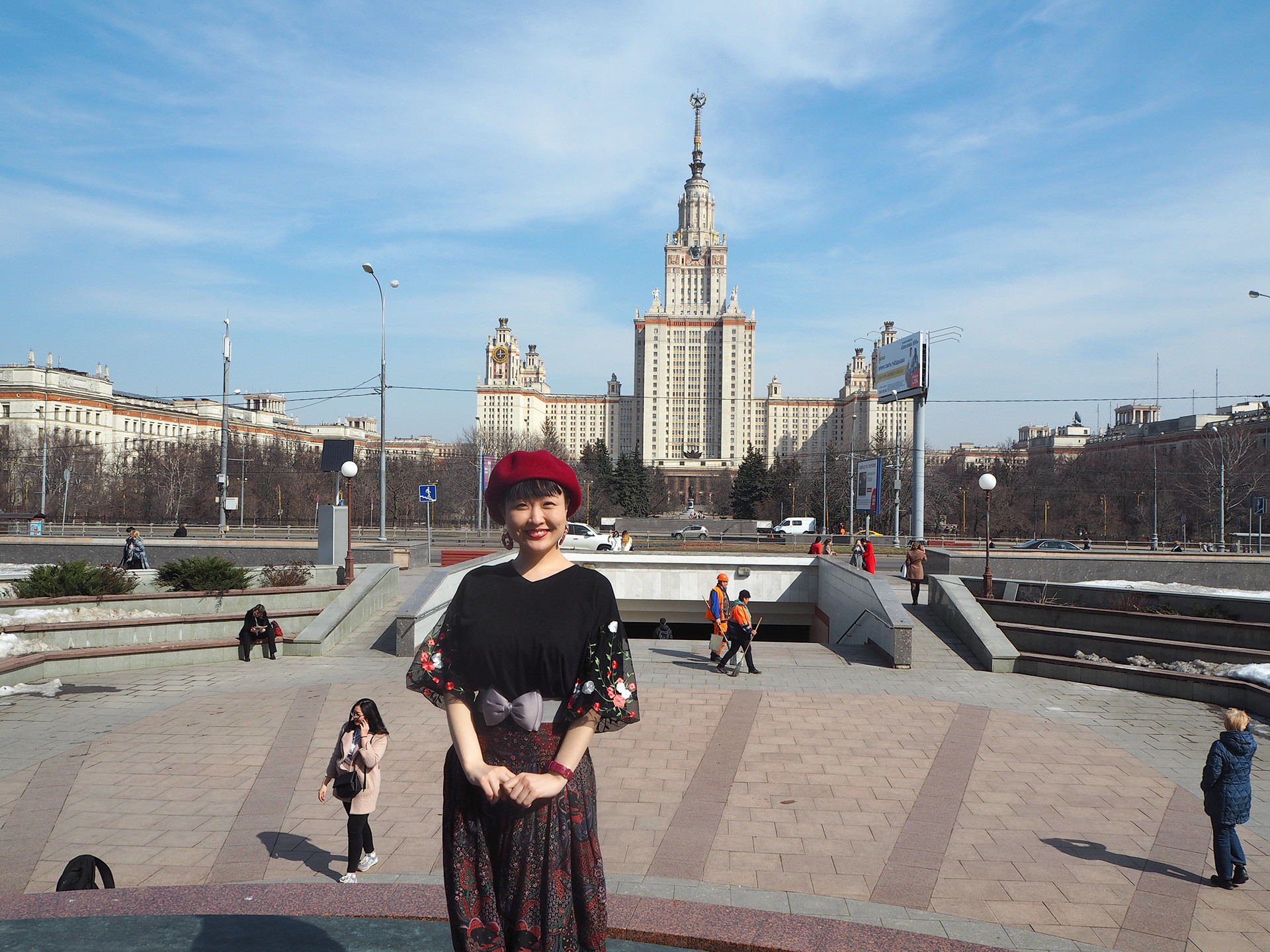 another case that is common in Russia, when a passerby helps a lady with a baby-stroller to get on the bus. Also, in a bank or at the post office where a long queue is no surprise, you can usually hear such a dialogue: "Who is the last?" "It’s me." In Japan, it’s embarrassing to speak to strangers, but in people don’t care about that, they just want to solve the problem they are facing and move on. In this is an ordinary thing that happens everywhere daily, so it's no big deal. One day I found myself asking people in a line “Who’s the last?” and even “I’m gonna buy an envelope, but will be back soon, so please, keep my place.” I still find it hard to believe I’m saying things like this.

Russia also has a sense of

During the 10 I’ve spent in Russia, I found out that the landscape and the air itself change dramatically depending on the time of year, seasonal change here is even more noticeable than in Japan. It really surprised me. 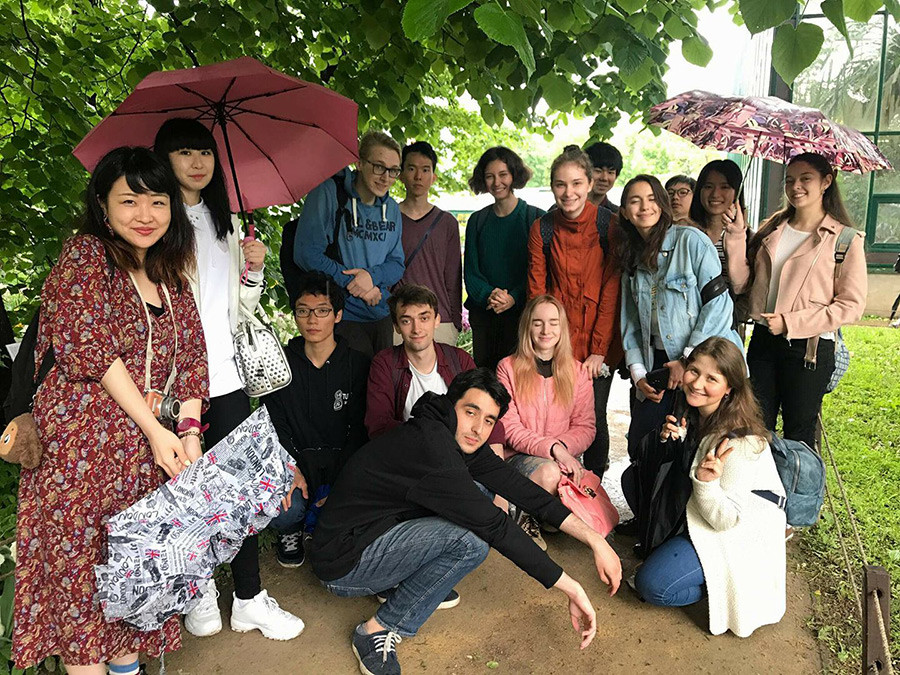 It was autumn when I first came to Moscow. Trees in parks began to turn red, orange, and yellow against the blue sky, it was really beautiful. It was also apple season: My Russian homestay mother made blini with baked apples and apple jam for dinner. Then comes a long, long Russian winter, when the sun may only shine for six minutes a month. A thick cloud covers the entire sky, ice covers the rivers and ponds, and if the snow does not fall, the town becomes dark, the air is heavy. 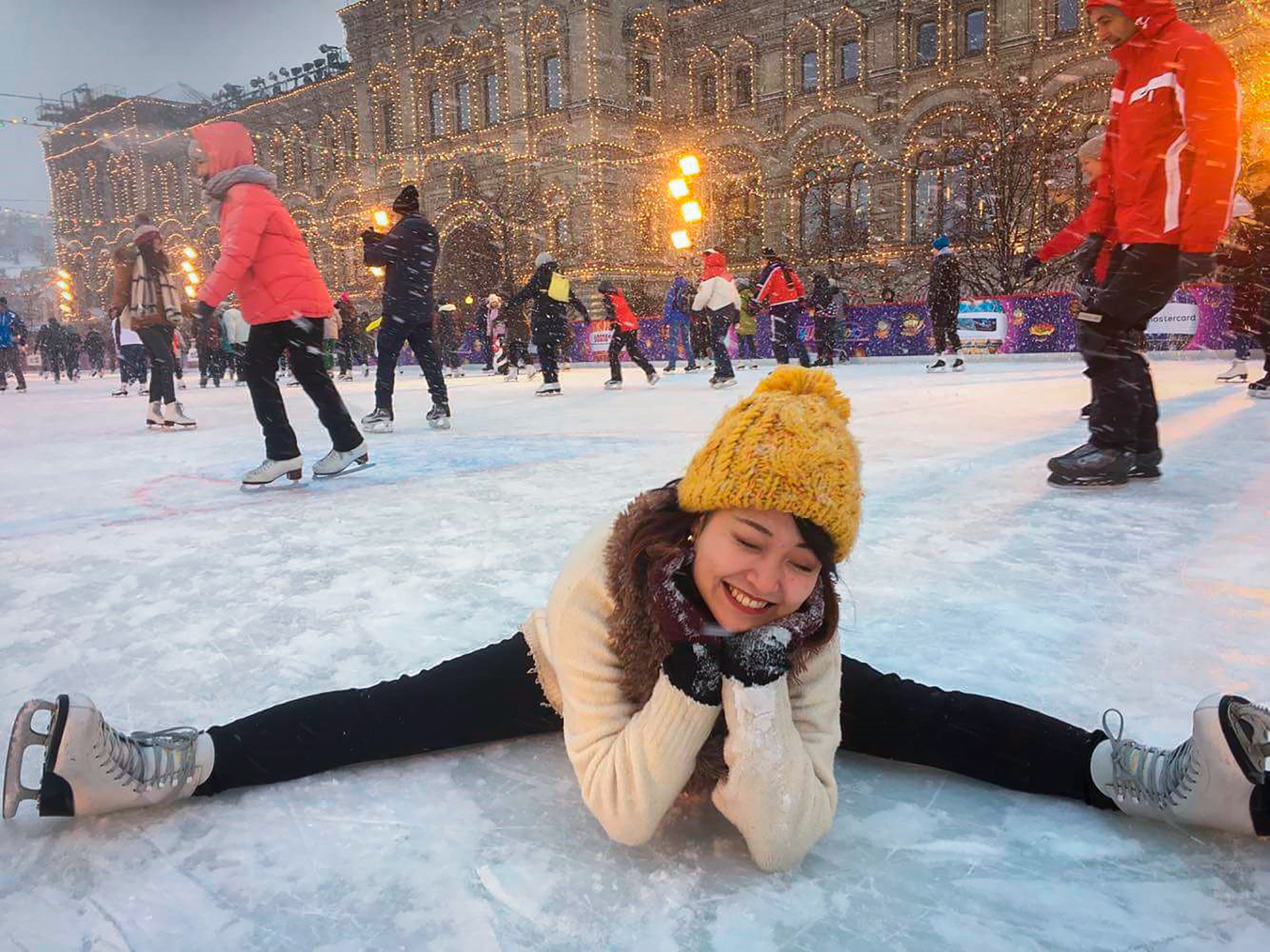 Frozen ponds turn into skating rinks and to make you feel a bit warmer, street kiosks sell mulled wine, the city becomes covered with glittering electric decorations. When it comes to spring, daytime becomes gradually longer, and in summer night breaks at around 3 a.m. and it’s light outside until around 10 p.m. At the end of the workday, you can often hear the phrase "shall we have some tea and a walk before going home?" The sunlight that pours into the room is so bright, in the morning you wake up in the boiling heat, and a little walk makes you sweat. Restaurants open terraces on the streets, where people chat and drink cold beer. In Japan, the time of sunset and sunrise deviates by only an hour or so in summer and winter. Having experienced this in Russia, I now appreciate and value the sunlight more than before.