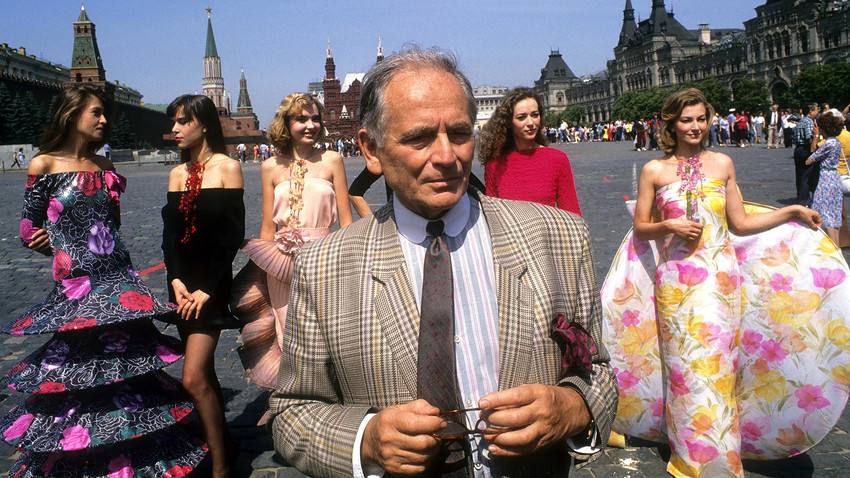 Fashion designer Pierre Cardin and his models at the Red Square in Moscow, Russia, in 1989

Getty Images
Clothes created by Russian designers such as Gosha Rubchinskiy, Ulyana Sergeenko, and Igor Chapurin are incredibly popular. These designers are heirs to the Soviet state system of industrial design. We talked to Russian designers about how this system was started and how it worked.

“Ready for labor and defense” – this Soviet slogan is written in typo on Gosha Rubchinskiy’s famous sweatshirt design. In the 1930s, these words called upon Soviet people to be ready to defend the Communist state, which reminds that Soviet design was founded by Vladimir Lenin, the founder of the Soviet state 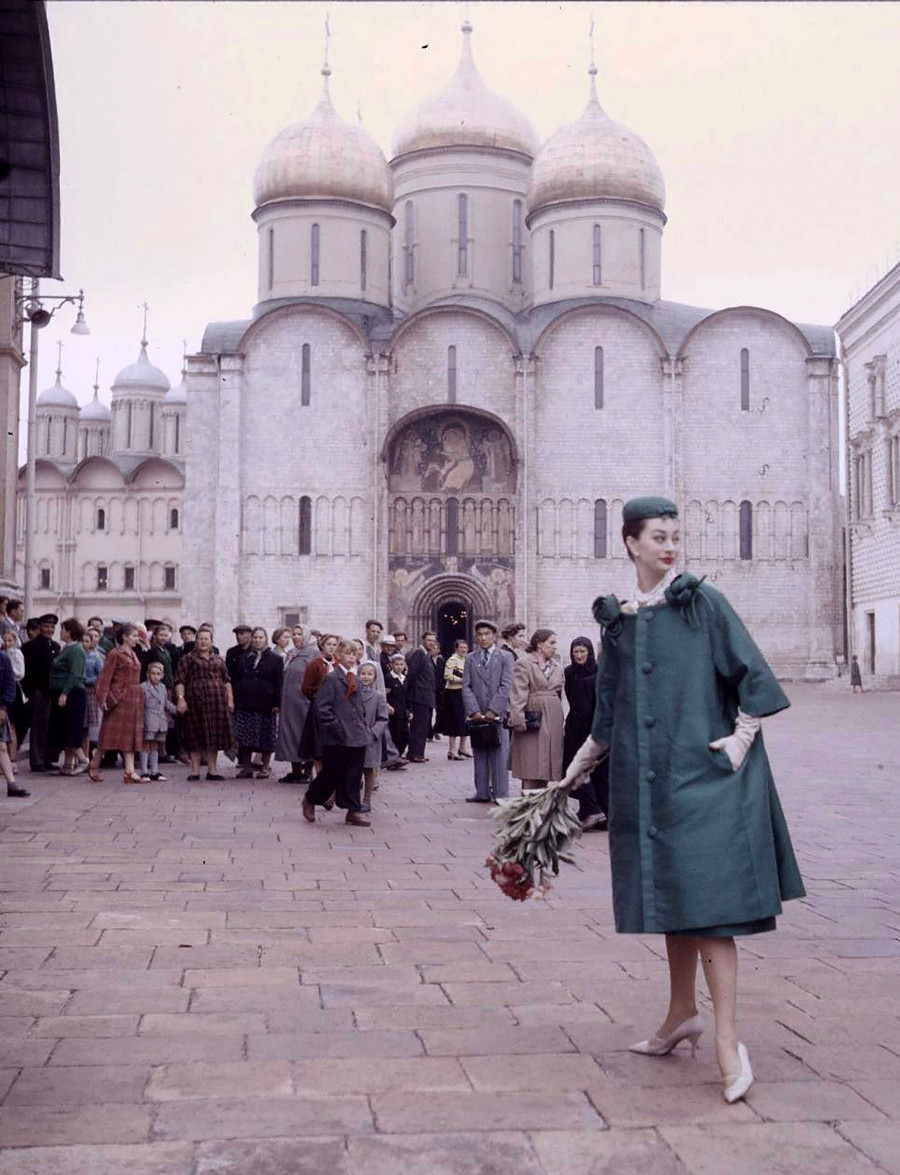 Lenin understood the ideological and industrial importance of design. Following Lenin’s decree, in 1920, the "Higher Art and Technical Studios” – a state-controlled art school – was founded in Moscow. The aim of the institution, in Lenin’s words, was “to prepare master artists of the highest qualifications for , and builders and managers for professional-technical education.” Avant-garde artists were employed to design advertisements, public places, books, and theatrical performances. For the Soviet state, design included furniture design, automobile design, trademarks and logos, and fashion design 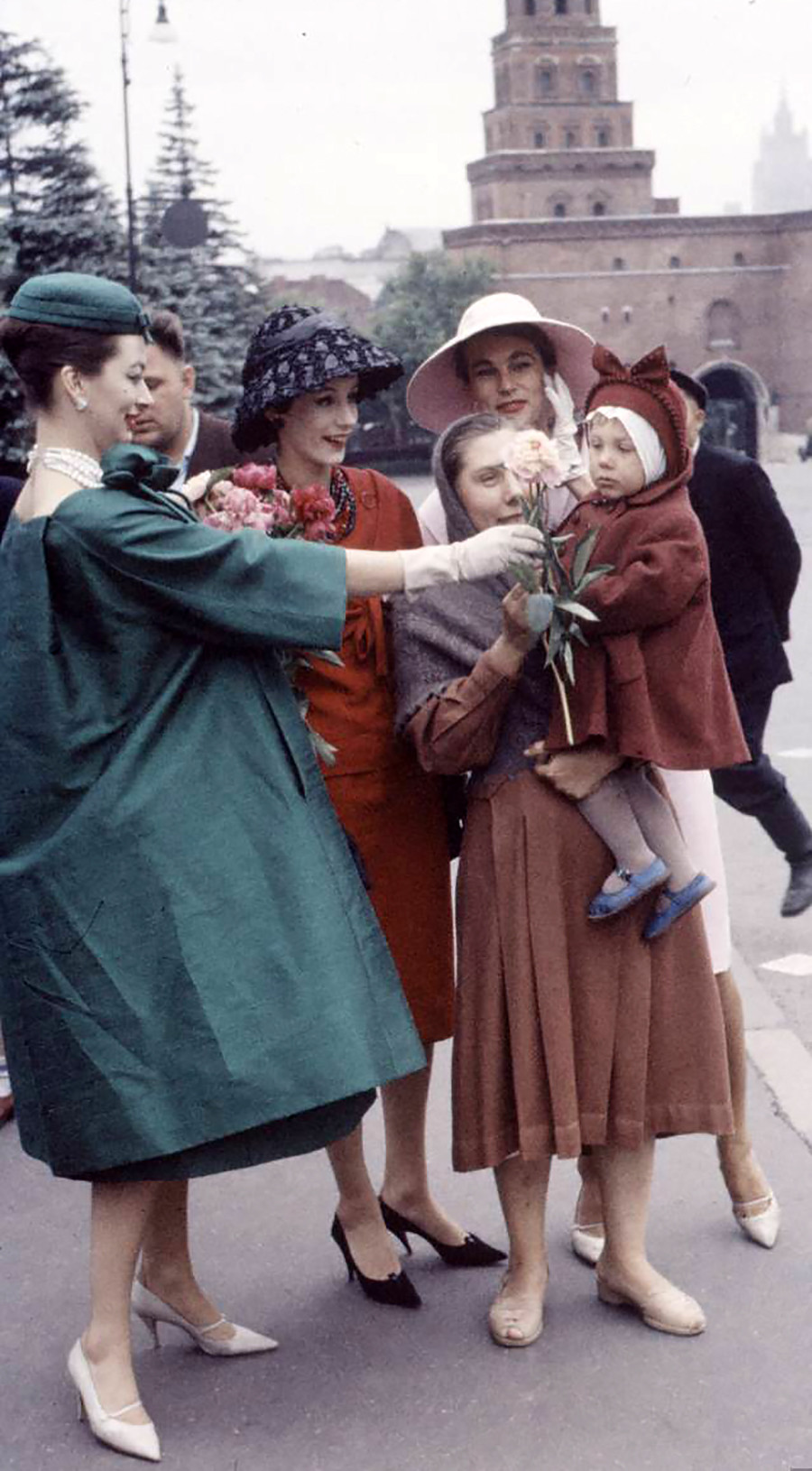 Russian avant-garde was strongly intertwined with the European art scene, and Russian designers sought ideas and approaches with their colleagues. The first renowned Russian designer of women’s clothes – Nadezhda Lamanova – was employed to create a “Russian” collection that made jaws drop at the 1925 Paris World Expo. By the 1930s it became apparent for the Soviet state that the vast light industry needed common standards and central control.

With a little help from the Prime Minister

During the 1930s and years after WWII, the USSR tightened its control over industry. The Ministry of Light Industry was created in 1946, but industrial design in the Soviet state still didn’t have its “headquarters.”

Alla Levashova, a designer fashion manager, actively promoted her idea of central control of Soviet fashion industry. A person of the beau monde, she had business ties with omnipotent Alexey Kosygin, chairman of the Council of Ministers and a man with impeccable artistic taste. With his help, in 1962 Levashova created seven Special Artistic-Constructive bureaus inside the Ministry of Light Industry in seven of the USSR’s main regions. The bureaus developed mass design solutions and sent the samples to local industries. 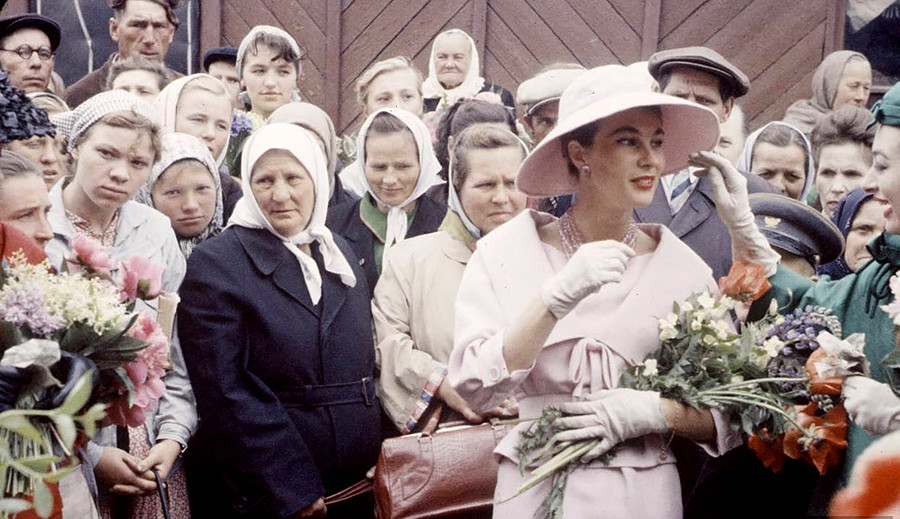 “Some things were unthinkable for Soviet reality. Our designers could work at home, only coming in the office to take part in artistic councils,” Tatyana Kozlova, a Russian designer who worked in the Moscow bureau in late the 1970s, says. “When we saw their works, we understood these people were genius graphic artists.”

Boris Trofimov, a designer who also worked in the bureau, says “the atmosphere was very creative. We brought in everything that could be of use as a reference – old books, tin or porcelain plates, and mugs with pre-revolutionary factory stamps, old pictures of coats of arms,” he recalls. “We studied prehistoric art and art of traditional cultures – and it was the same places where first futurists and constructivists took their inspiration from.”

The bureau created trade logos for all types of industry – from clothes to refrigerators to canned goods, automobiles and what not – it was a centralized, controlled design system like no other.

The woman who made it to Saint Laurent 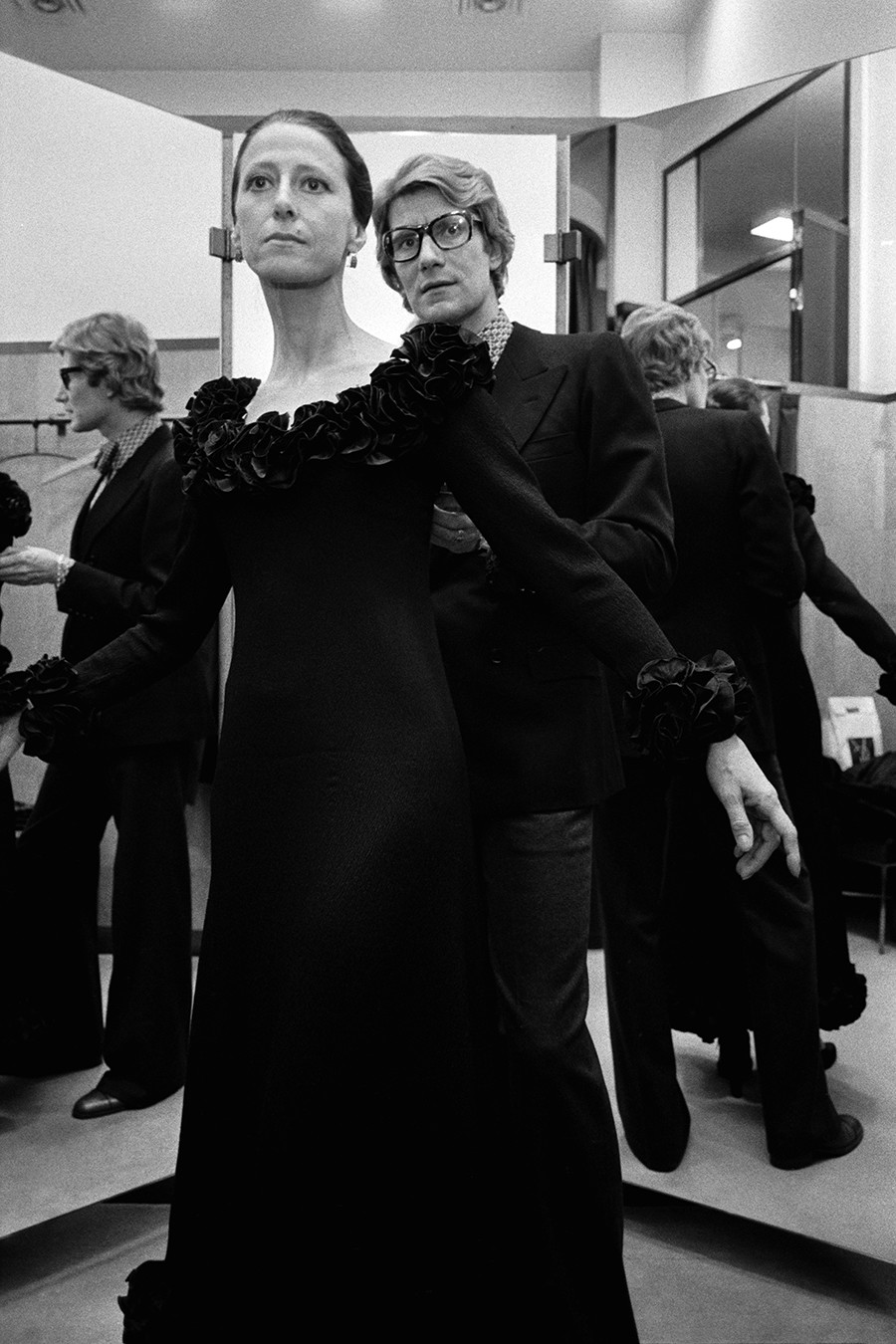 “But well before Dior’s curves, we had a solid school of clothes construction and ,” Kozlova said. “Lamanova’s expertise in the history of Russian costume; designs created for Dyagilev’s Saisons Russe, Russian avant-garde costume – they were all a base for what happened next.”

The Russian avant-garde, however, was not the main inspiration for Soviet design, Trofimov argues. “Before the Thaw, we saw little of the Russian avant-garde – it was ideologically ‘wrong’ in Stalin’s times. By the end of the the situation improved. On the black market, one could get ‘Western’ art albums, in some libraries, order books on design. There were also graphic magazines from Japan, Germany, Hungary, and the Czech Republic, and we borrowed some motifs,” Trofimov said.

That doesn’t mean that Soviet fashion blatantly drew from the West. Soviet designers reworked European designs to suit Russian people and meet their aesthetic needs. “Anthropometry of Russian people is different from that of the French,” says Kozlova. “Preserving Dior’s general silhouette, the designers reworked the French curves ordered from Dior to suit the Russian people’s body balance, and the new curves were sent to all Soviet republics, which made Soviet fashion exquisite and refined.”

Into the 21st century

In , Soviet fashion institutions were reorganized, some Soviet collections were again shown in Europe – but after the regime fell, the designers who were the core of the Special Artistic-Constructive Bureau went their separate ways.

Meanwhile, the first Western-style fashion house was set up by designer Slava Zaytsev. Born in Ivanovo, the textile capital of Russia, Zaytsev first became prominent for his calico designs featured in a publication in ‘Paris Match’ magazine. Zaytsev’s main distinction from other Soviet designers was that he was the first one to work under his personal brand – ‘Slava Zaytsev’. Slava’s charismatic persona, his spectacular looks, and bright designs made him stand out of the line of Soviet design workers who seemed more like civil servants to the flamboyant, original European dressmakers

the 1970s, Zaytsev had been nicknamed “Red Dior.” During the late 1980s, his collections were prominently featured on catwalks around the world: A collection named “Saisons Russe” was shown in Paris in 1988, and a year later his collection for men was shown in Florence. Around that time, Zaytsev became director of first Soviet fashion house named after its main designer, Slava Zaytsev Moscow Fashion House. Zaytsev is still arguably the most popular Soviet/Russian designer and he became an Academician of Russia’s Academy of Arts in 2007.

Currently, Trofimov says the influence of Russian avant-garde in fashion is much more important than in Soviet times. “The opportunities that contemporary world gives us are really vast. Take exhibitions – recently, the Tretyakov Gallery made a great El Lissitzky’s exhibition – there were works that we’ve never seen before. I think that now, avant-garde is being re-thought in a much more interesting way than before. I’m glad that now, a new perception of visual culture came about – a wider, more large-scale and contemporary fashion draws from all sources – but for us, it all began back there in the bureau.”