Why do Russians have 2 passports? 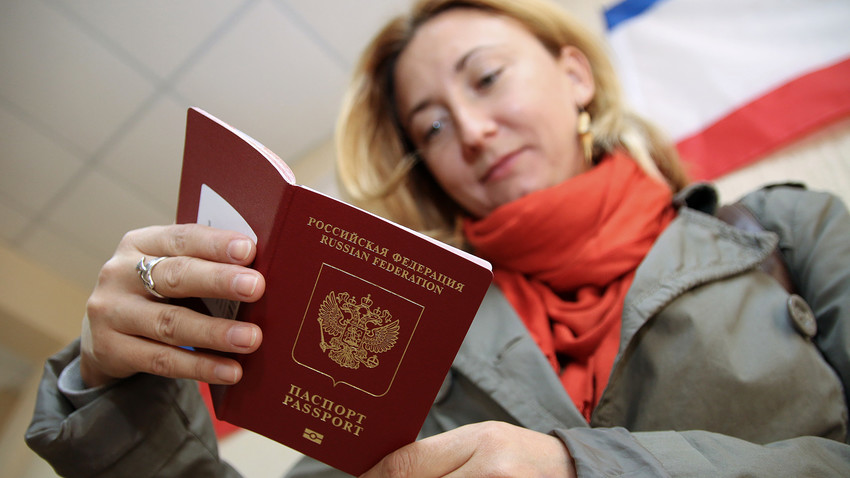 Andrey Iglov/Sputnik
...You’ve probably wondered about this and thought it odd, but in fact, most of the world’s citizens (including you) also have two IDs.

Few countries issue both “domestic” and “international travel” passports to their citizens. Russia, Ukraine and North Korea are among those few, and it’s easy to guess that if a person requires a specific document to cross the border, then the state thoroughly controls such movement, which was the case in the USSR.

'Pass through the gate'

Historically, a passport (which derives from French, and means ‘to pass through the city gate/door’) was issued as a travel document that allowed a citizen of a certain duchy, kingdom, country, you name it, to pass through state borders, enter foreign cities, towns, and etc.

To exit the territory of Muscovy, for example, one had to apply for a “traveler’s scroll” that was issued by the Tsar, and it was available only to the most wealthy noblemen and merchants. This scroll was the only document to distinguish genuine travelers from vagrants, who were subjected to detention.

Traveler's scroll of the 16th century, issued by Tsar Ivan the Terrible

Starting in the 18th century, Russia issued internal documents to control migration in the country. At this time, Russia had serfdom, and fugitive serfs were tracked down and returned to their owners. Traveling without an internal document was perilous. 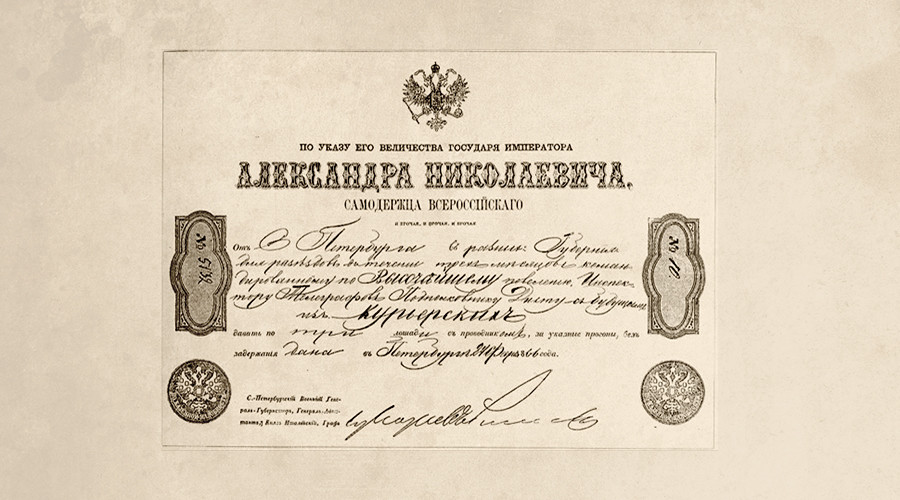 Internal travel document of the 19th century, issued at the order of Emperor Alexander I

After the industrial and transport revolution of the second half of the 19th century, the need for controlling internal migration was a priority. The tsarist government first came up against this problem, as did the Soviets later on, and a system of registration stamps appeared.

Unlike contemporary Russian passports, those Soviet passports listed one’s nationality, which sometimes led to grief and discrimination. A registration stamp that ties a citizen to his/her place of residence remains in Russian passports. 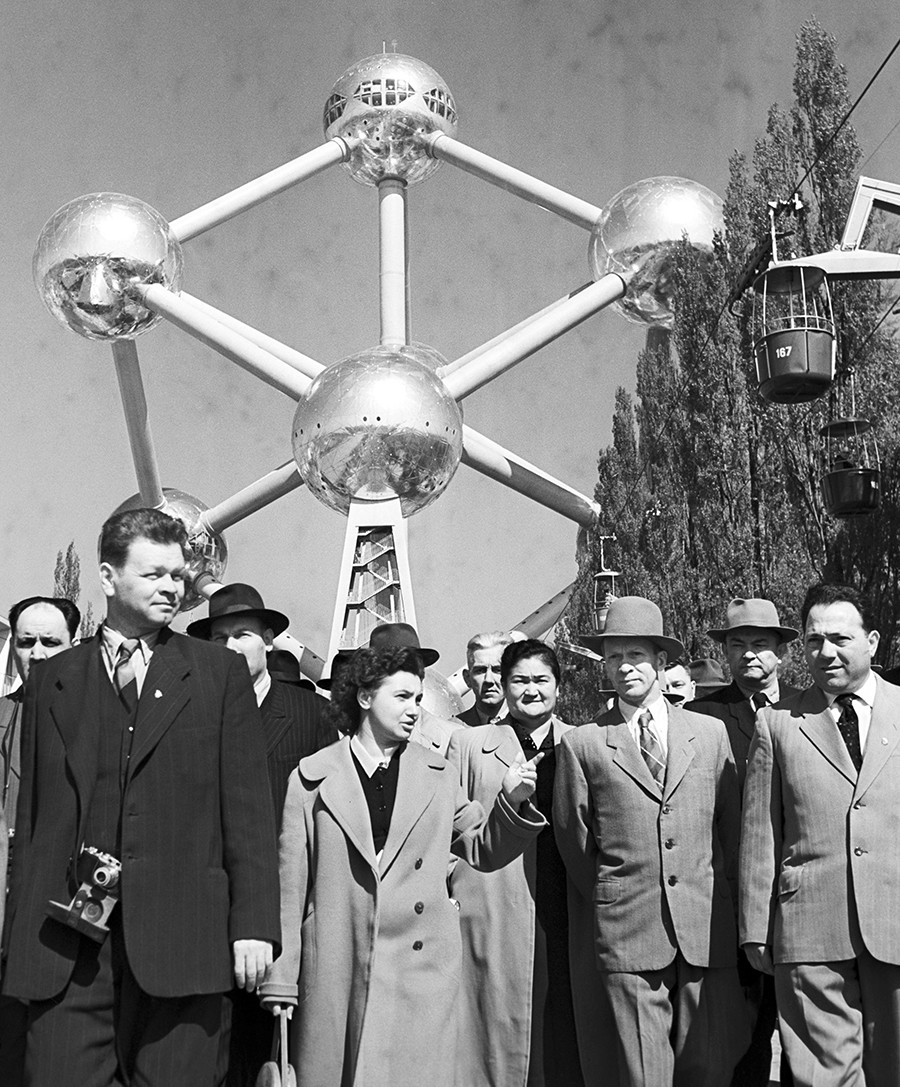 The Soviet state closely watched each person going abroad. Official delegations, sports teams, orchestras and ballet troupes were supervised by KGB officers, who traveled with them, keeping watch so that there’d be no defections, or to prevent someone from giving away state secrets.

Those who traveled abroad on business trips or for vacation were given special international travel passports, known as “foreign passports” – and this has remained until today. Why? First, many Soviet citizens had foreign passports at the moment of the collapse of the USSR, and these passports had to stay valid in order not to destroy the entire state customs system. When their validity expired, they were exchanged for the new Russian international travel passports.

In Belarus, the Soviet system was done away with in the 1990s, and today the country’s citizens have a single passport as their domestic ID and international travel document.

What is a Russian national passport? 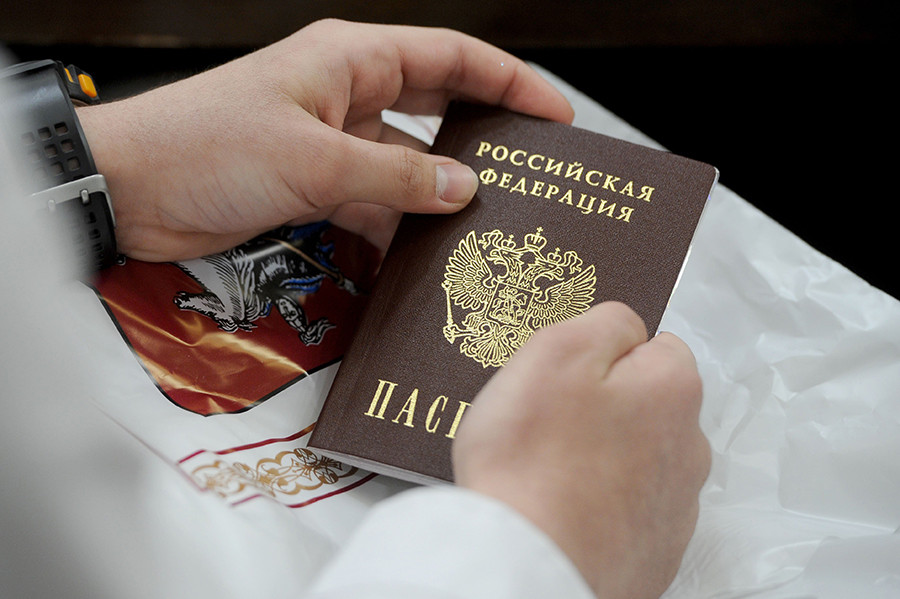 As for the Russian national passport, its function is close to an ID card that most Westerners have. In the U.S., a driver’s license serves this function; while in most European countries a medical insurance card can serve as ID. So, most Westerners also have two IDs – an international travel passport and a domestic ID.

A Russian citizen is formally obliged to carry his passport with him/her at all times. However, the law on passports says the document should be “kept safe,” and this is why many Russians make photocopies of their passports to carry around. Even though reclaiming one’s lost passport has now become a lot easier with government websites offering access to state services, nobody wants to spend time without a passport. As we wrote, there are a lot of places in Russia where you suddenly might need to show an internal passport. 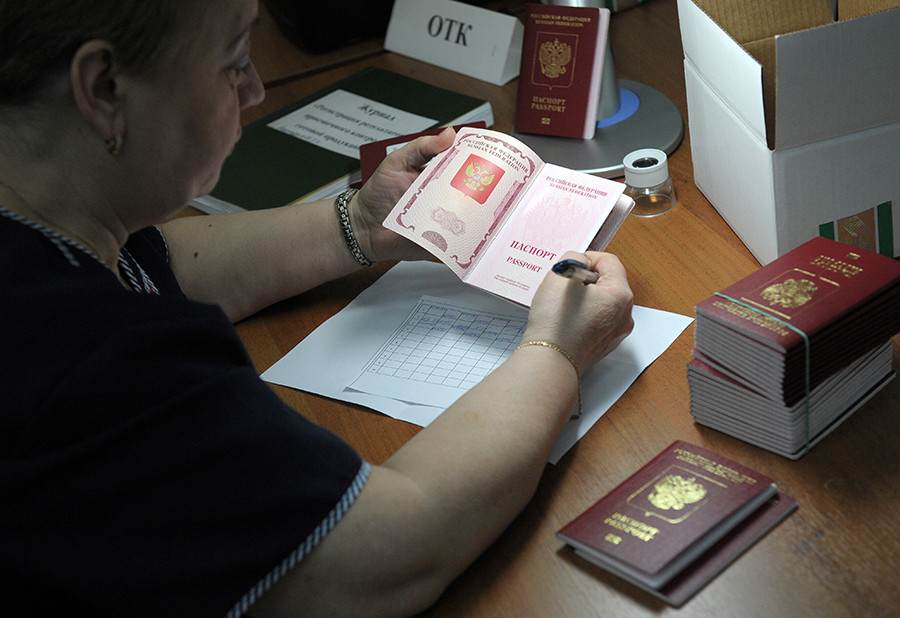 Only a minority of Russians, however, need an international travel document. According to a 2014 Levada Center survey (link in Russian), an astonishing 76 percent of Russians have never been outside the former Soviet Union. Only 7 percent travel abroad annually; 8 percent do it twice or thrice a year. Also, 67 percent of Russians older than 55 have never been abroad, and in total, only 30 percent have valid travel passports.

But before you get all teary-eyed over the fact that most Russians have never been abroad, you may wish to know that, for instance, 64 percent of Americans never left their home country either – for a similar reason: for people living in Siberia, the Russian North or the Far East, travelling the world on an extremely modest annual income is practically impossible. The distances are simply too great.

For more answers about Russian life, check out our explaining articles – learn about things in Moscow that have probably boggled your mind, or discuss weird things that Russians do to baffle foreigners. Some Russian notions are impossible to translate into English, but we’ve explained them for you – and if you want to improve your Russian, here are 8 movies that can help you do it.