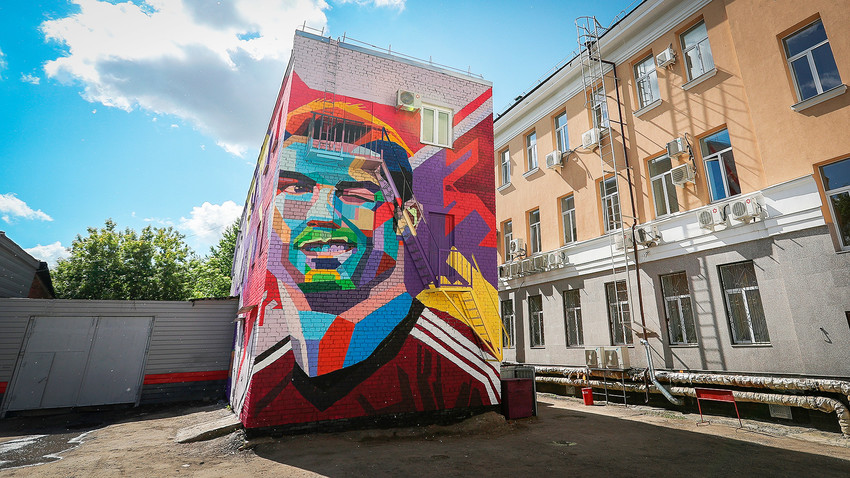 It sounds like an extreme way of trolling but was totally unintended. Argentinian football star Lionel Messi will come to Kazan for a World Cup game with France on 30 June. Apparently, he will have to spend the days before the game in a hotel overlooking a five-meter portrait of his main competitor - Cristiano Ronaldo. There is no way to escape the situation, as the other hotel available for football players has already been occupied by the French national team.

Graffiti with Ronaldo's image appeared on the building in the courtyard of Kazan's Ramada Hotel in 2017 before the arrival of the Portuguese national team at the FIFA Confederations Cup. Ronaldo stayed in a suite with a view of his own portrait.

Kazan mayor Ilsur Metshin has promised that a portrait of Lionel Messi will also appear in Kazan if the Argentinean team will come to the city. Maybe a good idea would be to paint it right in front of Ronaldo's graffiti.