Meet the football team made of Russia’s greatest historical figures! 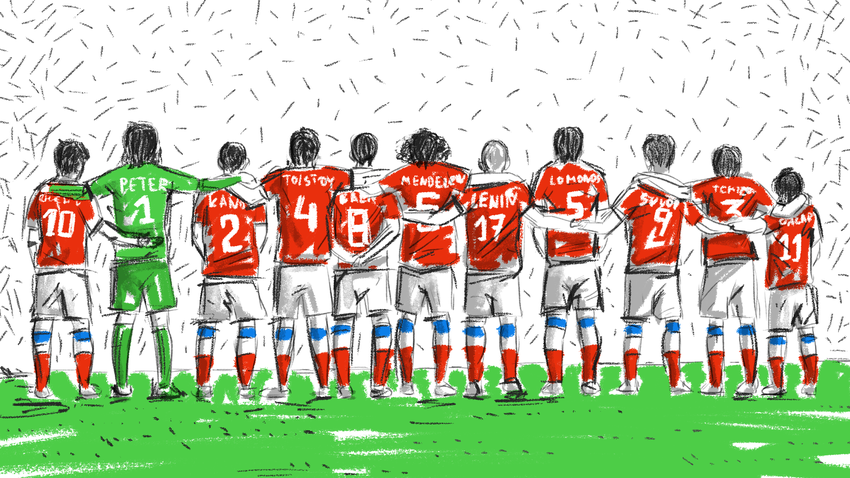 Such a team definitely would go to semi-finals at least.

Natalya Nosova
Imagine Leo Tolstoy as a stubborn, passionate center-back, as well as the first man in space attacking the opposing goal. Who could stand against such a team’s onslaught?

It’s just a day before the start of 2018 FIFA World Cup™, and Russian fans are full of hope, as well as anxiety following their national team’s bitter results. From October 2017 to June 2018, the team won just one game out of eight (against South Korea), and head coach Stanislav Cherchesov is facing harsh criticism. There are deep-rooted problems with Russian football, experts claim.

While we in Russia still believe in our guys, we decided to dream and create a completely fictional but all-powerful team of those who made Russia great in history: not on the football field, but in different spheres of life, ranging from politics to fine arts. And by gosh, it would’ve been team. 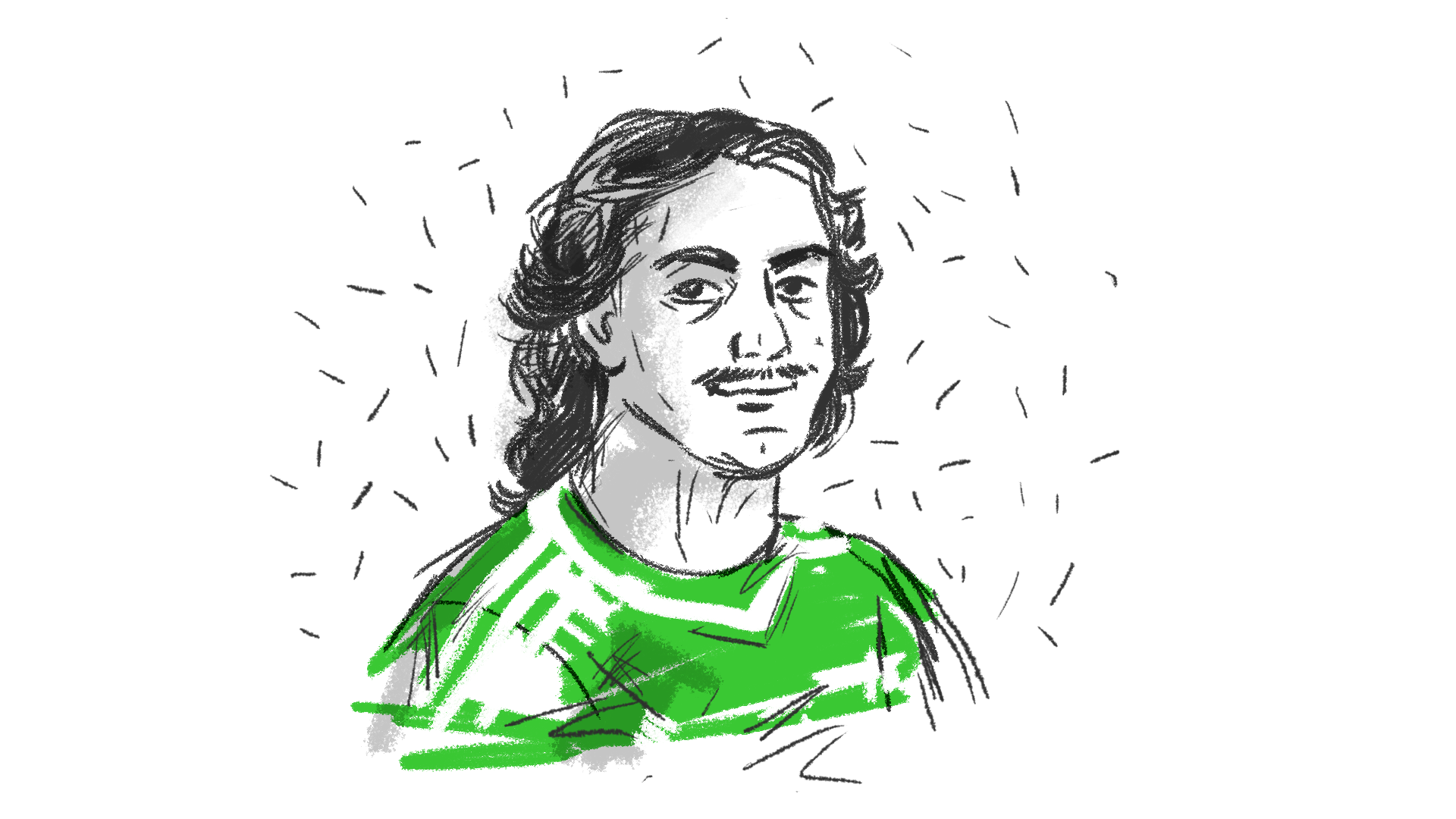 just a real star but a real tsar as the last line of defense. Peter the Great, who defeated the Swedish Empire and turned Russia into a European power, knows how to stand his ground. Taking into consideration his impressive physique and rugged charisma (no problems with bossing around defenders, but he might execute some), Peter would make a great goalie, especially in matches against Sweden. 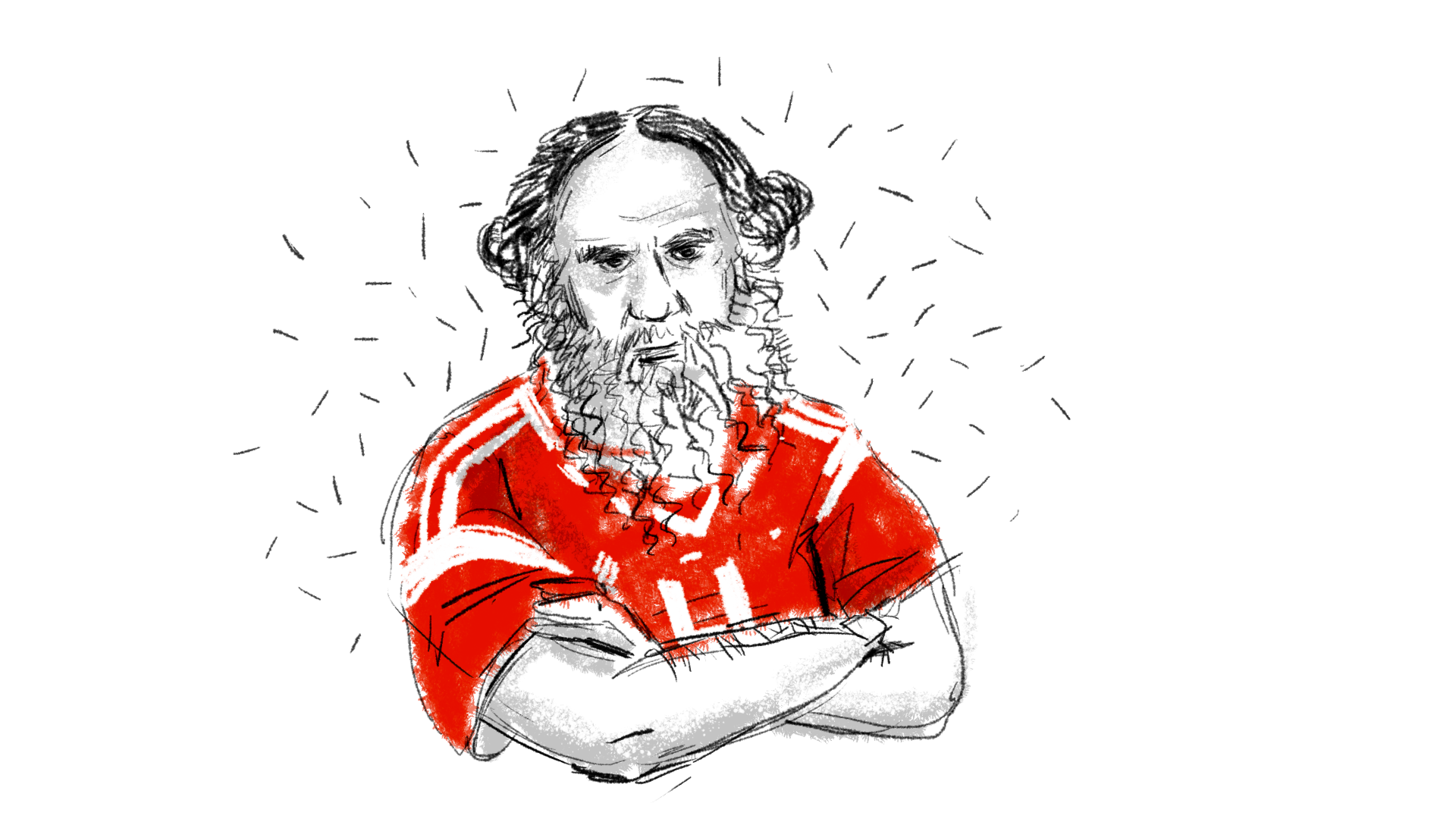 Often referred to as a cornerstone of Russian literature, Tolstoy astonishes and overwhelms – that’s what he’d do with opposing forwards. Plus, he’s always been eager to keep himself in good shape, even developing his own workout. Surely, it’d be just as hard to break through this team’s defense lines as through the four volumes of War and Peace. 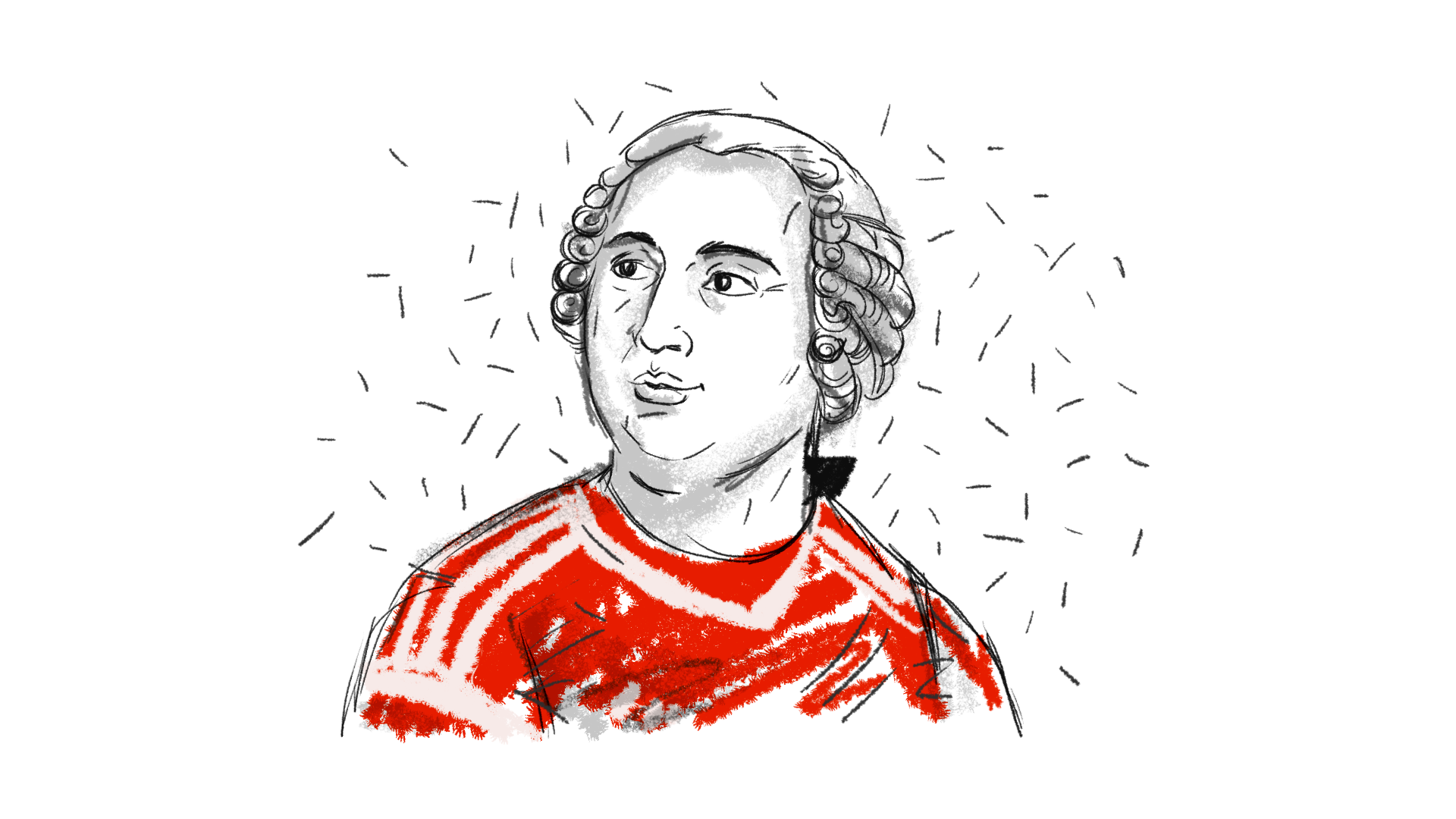 Leonardo,” – this brilliant scientist is a man of a thousand talents. Lomonosov was also a hardcore guy, a peasant from the very north of Russia who walked to Moscow at age 16 all by himself. You can’t get tougher than that. Once, he even beat up two thugs who tried to rob him. He doesn’t have to do it on the field, but combining skills and bravery is a darn good quality for a defender. 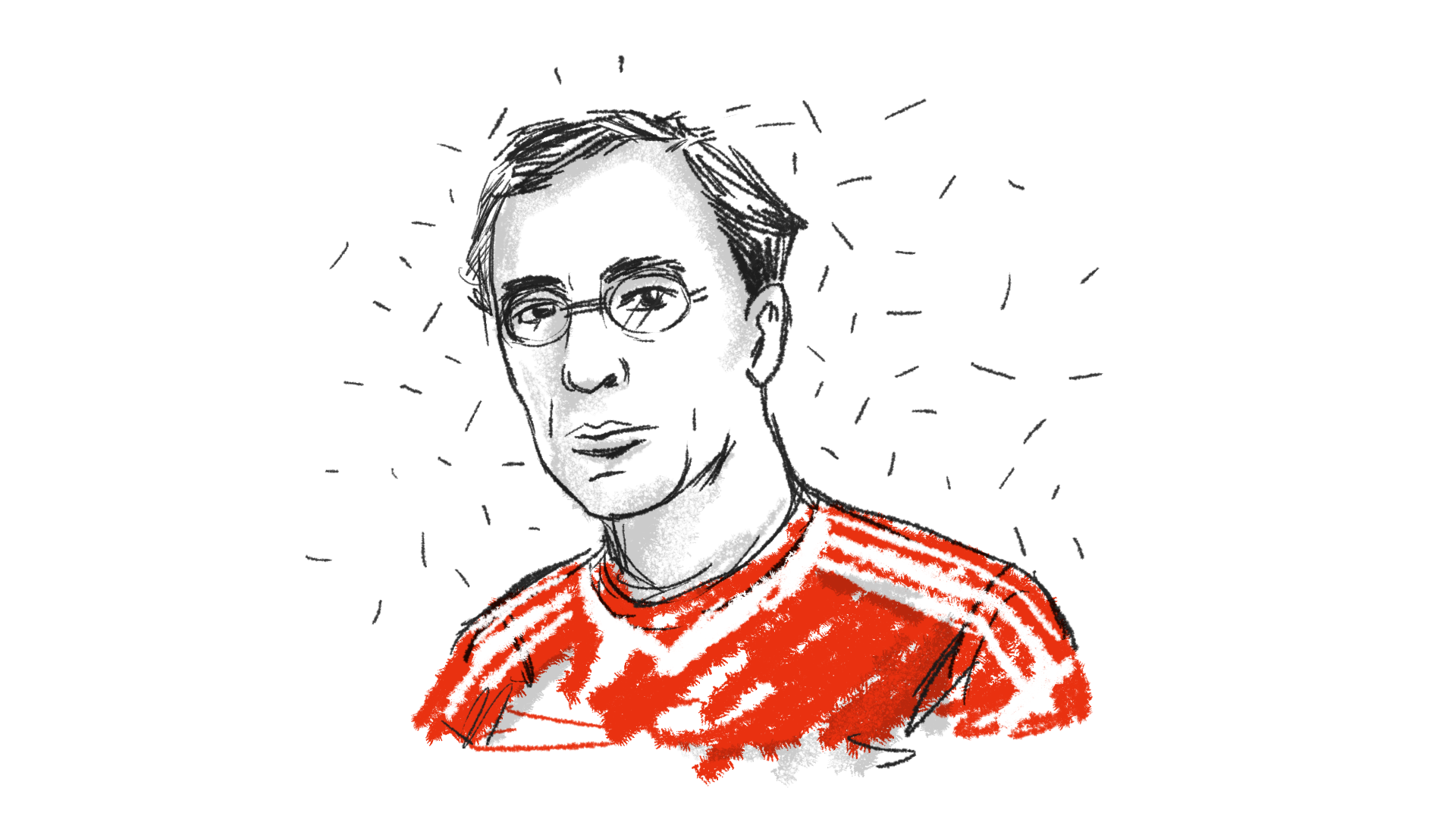 Full-backs must combine defending and attacking skills, covering the entire flank, and it takes a certain artistic flair to do the job. If someone can do it properly, it’s Mr. Avant-Garde, a man who took not just Russian, but also world art to a whole new level. The creative tricks of this full-back would be just as surprising, and decisive, as his paintings. 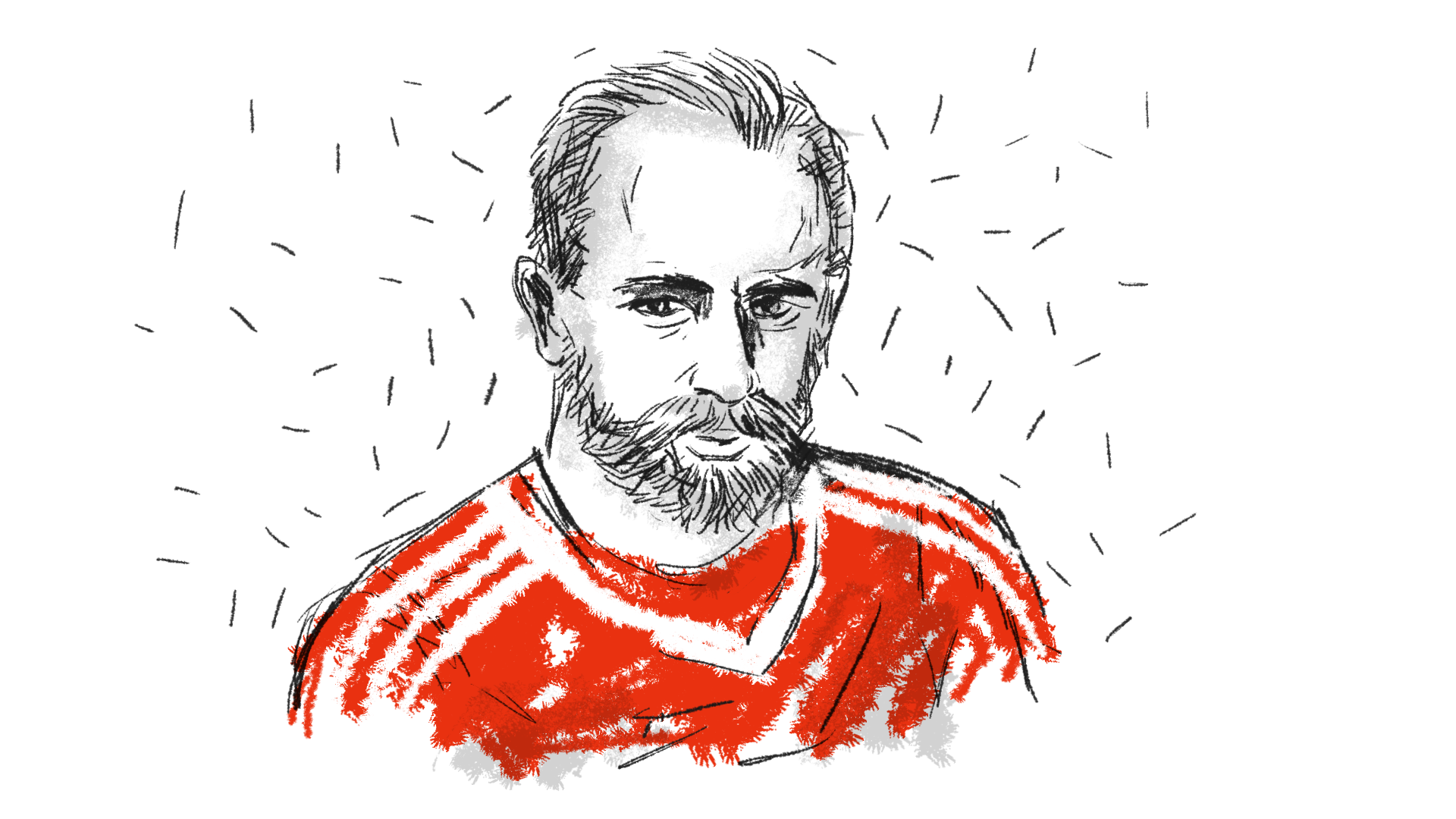 that we said about Kandinsky goes for Pyotr Tchaikovsky, one of the greatest Russian composers. His great works such as ‘Swan Lake’, and ‘The Nutcracker,’ brought Russian classical music to a whole new level, combining the Slavic spirit with Western genius. Imagine how gracefully he would run up and down his team’s flank. 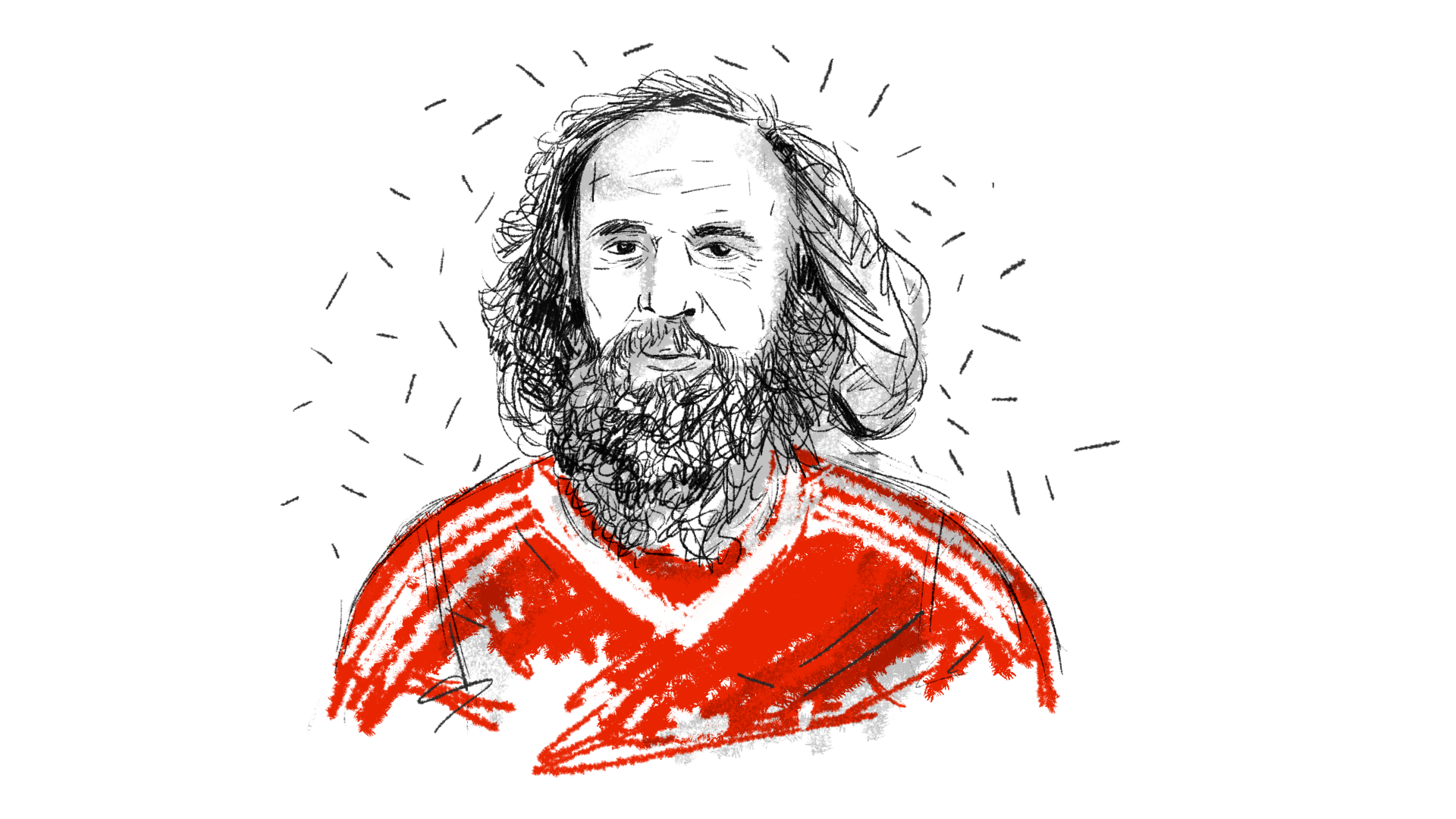 DM is perhaps the most important position on the field in terms of connecting defense and attack, thus providing balance. This requires a systematic approach. The man who formulated the Periodic Law and created the periodic table of elements has these qualities. With his impressive beard and scientific mind, Mendeleev would make it impossible for the opponent to destabilize his team. 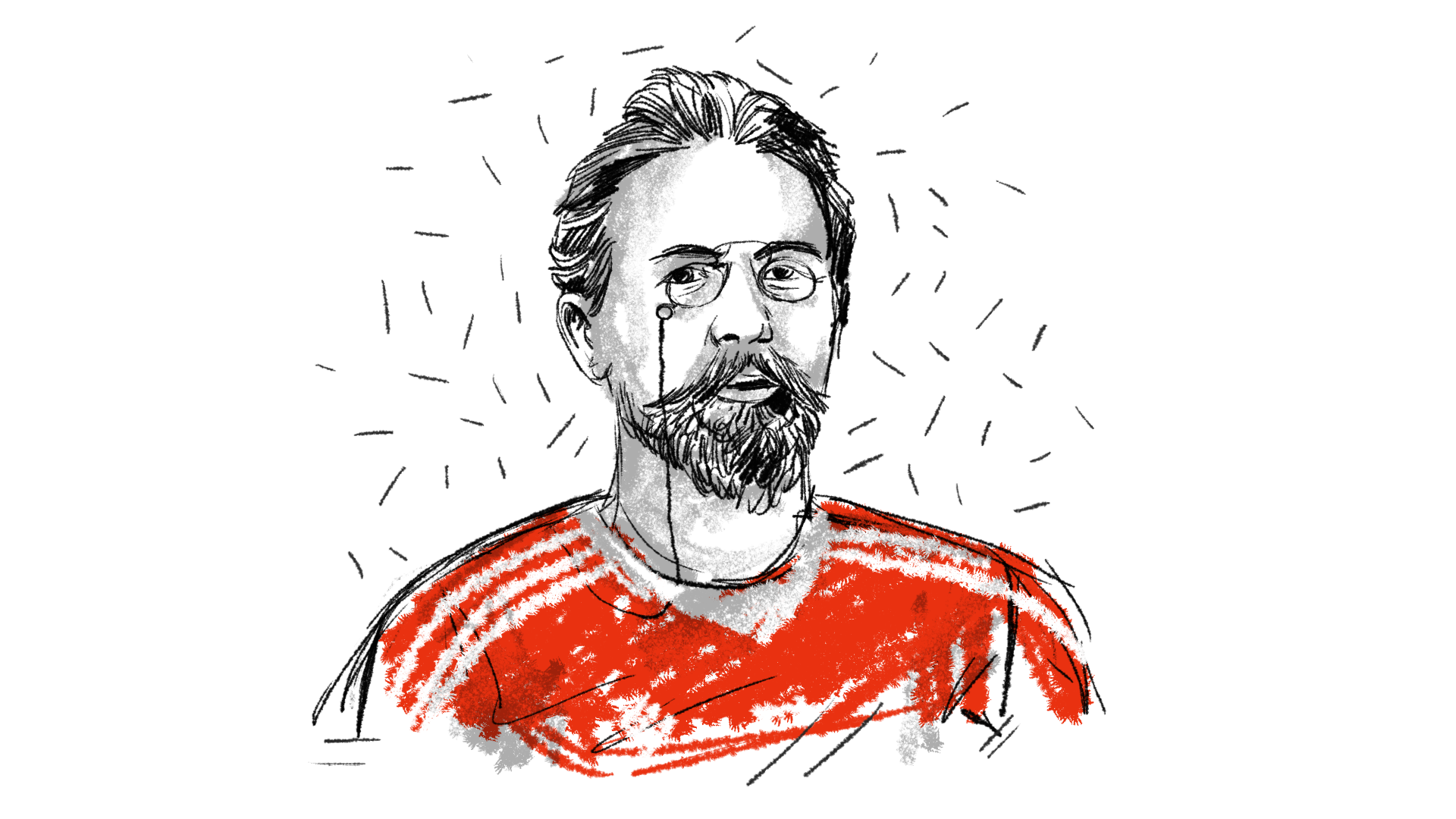 Chekhov’s attacking skills are a fraction as good as his ability writing insightful short stories and plays, then opposing defenders wouldn’t stand a chance. With moves as sharp as his humor, the classical author would make a wonderful deep-lying playmaker, assisting forwards with brilliant passes. 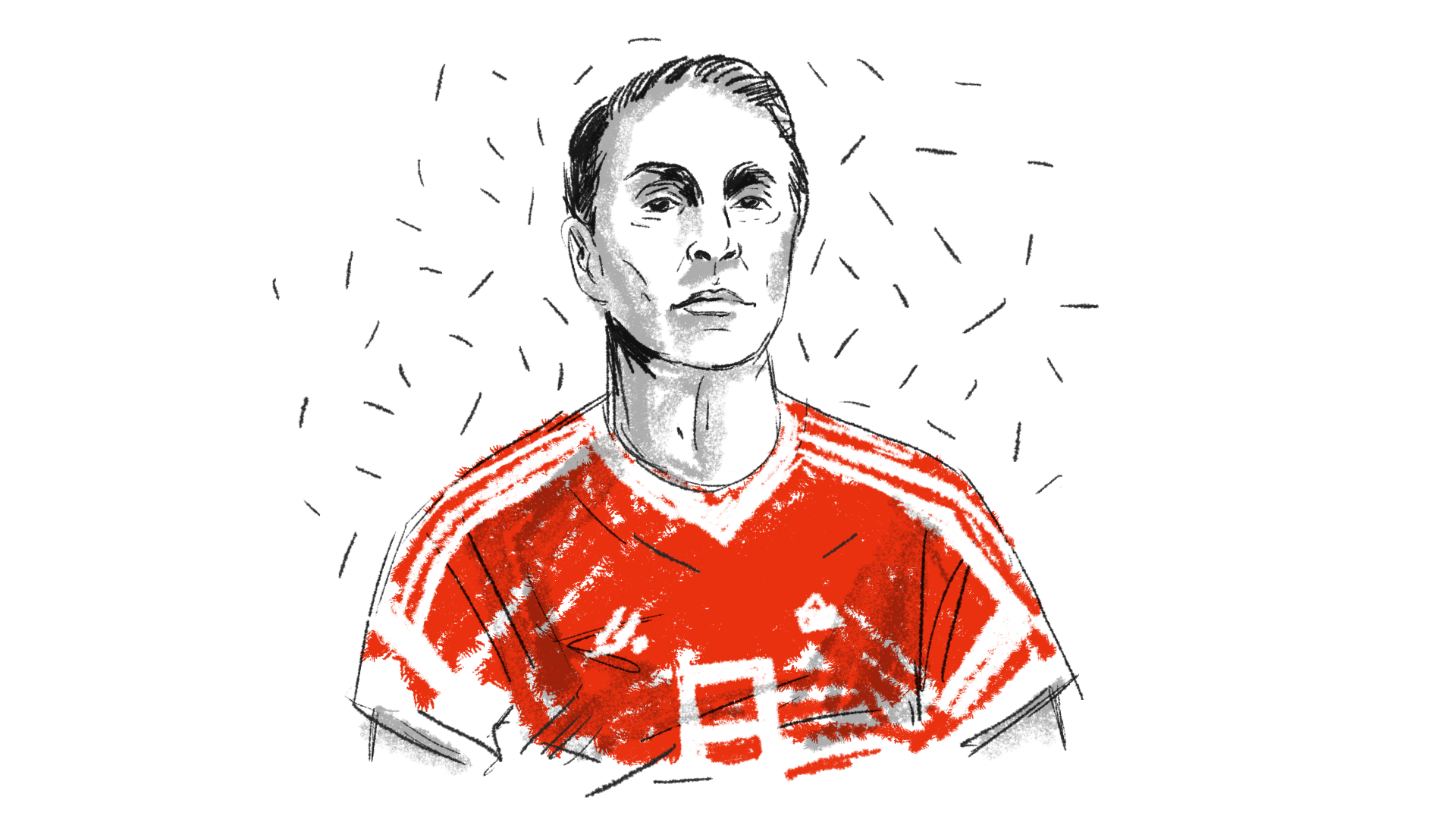 Playing abroad can be useful for footballers, and choreographer George Balanchine knows that. He spent more than half his life abroad, escaping the USSR in the 1920s, and creating ballet in the U.S. Focused on technique – he used to say to his ballerinas, “Don’t think why you are doing it. Just do the moves,” (sounds very football) – Balanchine would make a great midfielder, turning attacks into an extraordinary work of art. 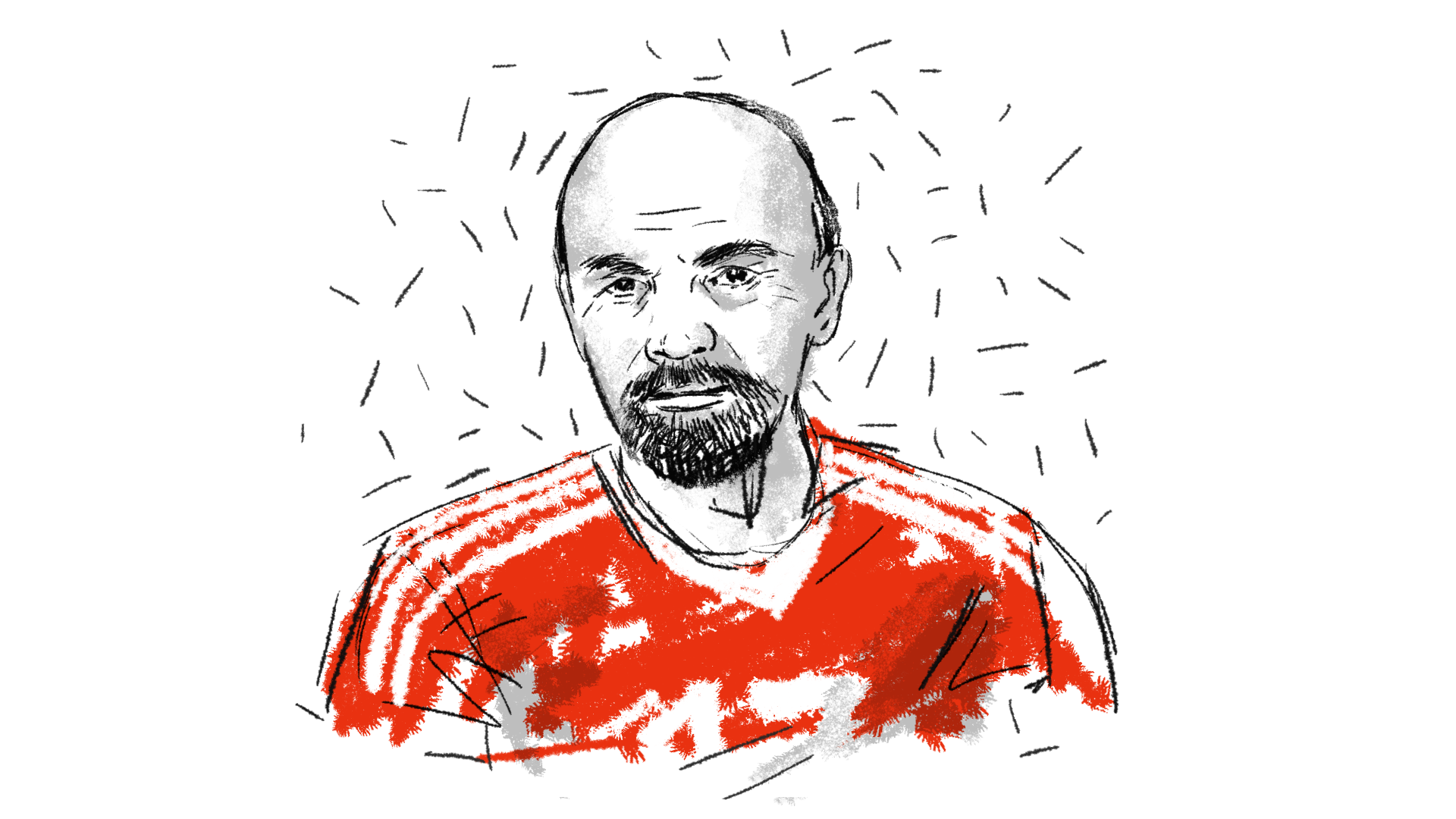 Lenin’s legacy remains controversial in Russia and some anti-Communist fans might boo him, but this man is great in changing the game and seizing opportunities. Lenin would smash the defenders as he smashed his political opponents – a true revolutionary knows how to attack. And obviously, he would play LEFT winger. 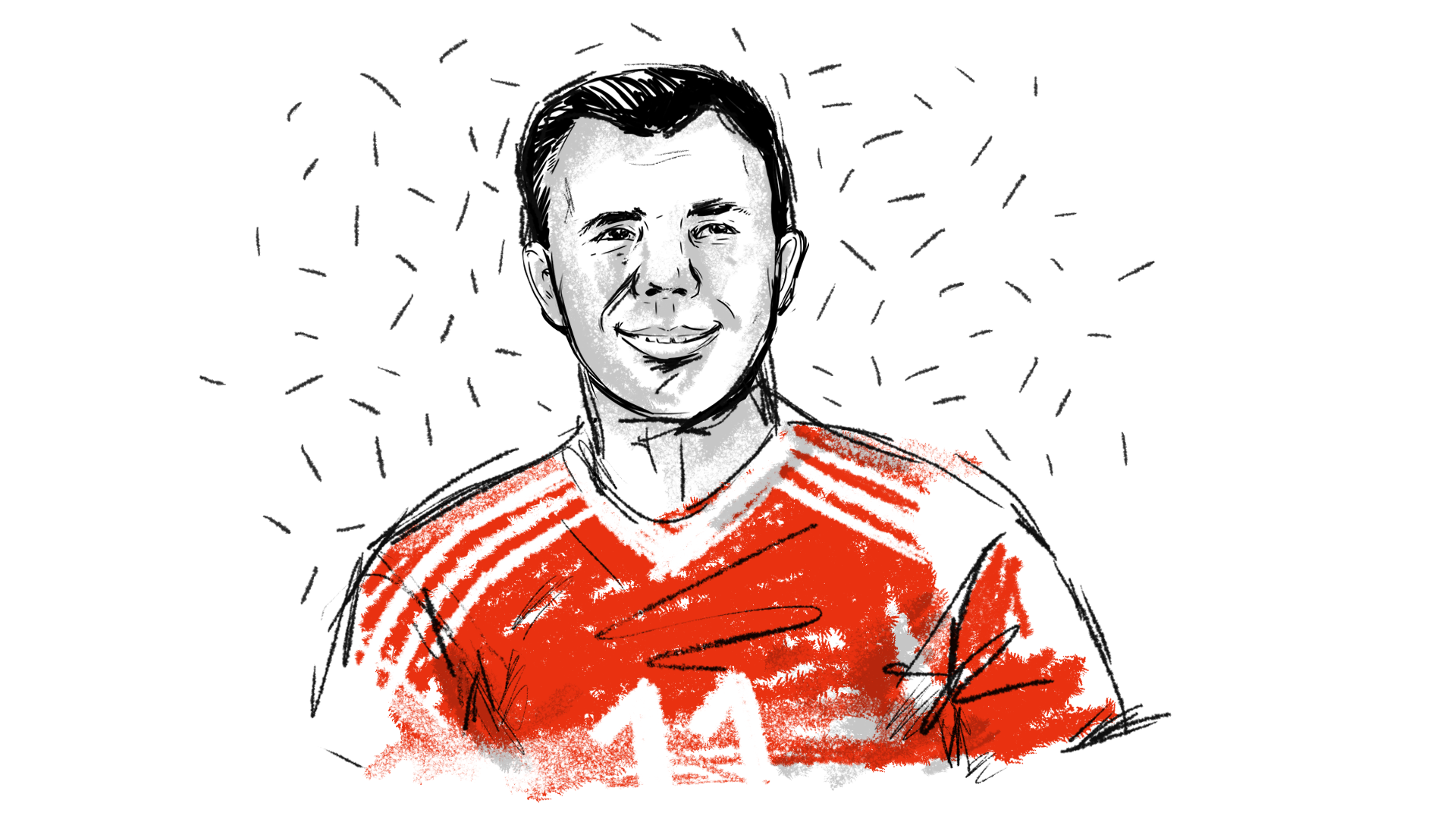 winger requires speed and bravery, and as a man who was the first to soar into space in 1964 Gagarin lives up to this position. The brave pilot, eager to serve his country and explore the unknown, could also have been a great attacking footballer. One could hardly outrun Gagarin on his flank. 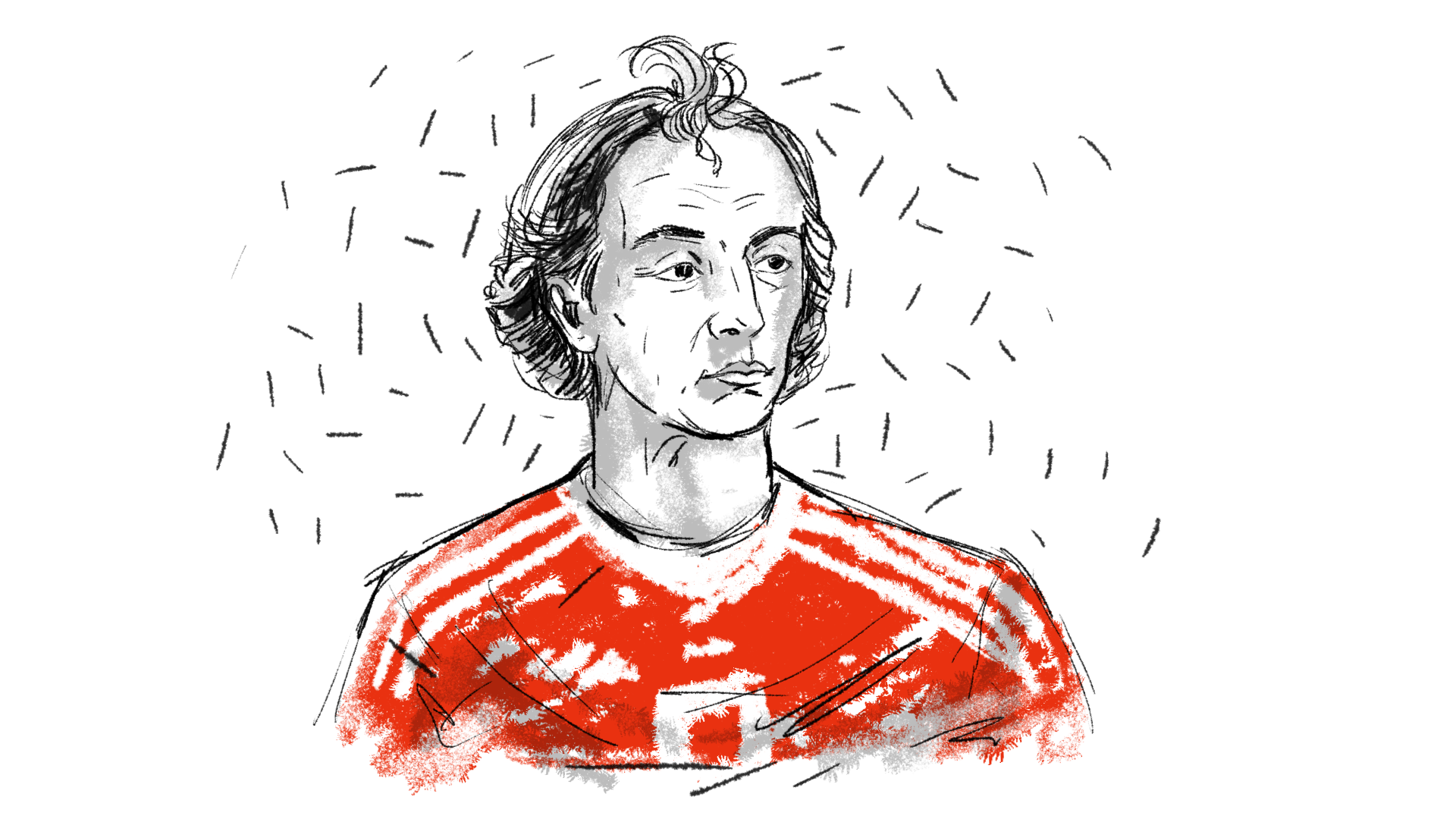 Russian military history knows many skillful commanders, but Generalissimo Suvorov, who served for 54 years and never lost a single major battle, is the finest. His skills in the offense are brilliant, and in 1799 he took his army across the Alps to defeat the enemy. So, it’s not surprising that he’d be a killer-striker, leaving the other team eating dust.

Certainly, real Russian and Soviet national teams also had their moments of glory: check out this collection of historic matches.