Football fan rating: Who’s having the most fun at the World Cup? 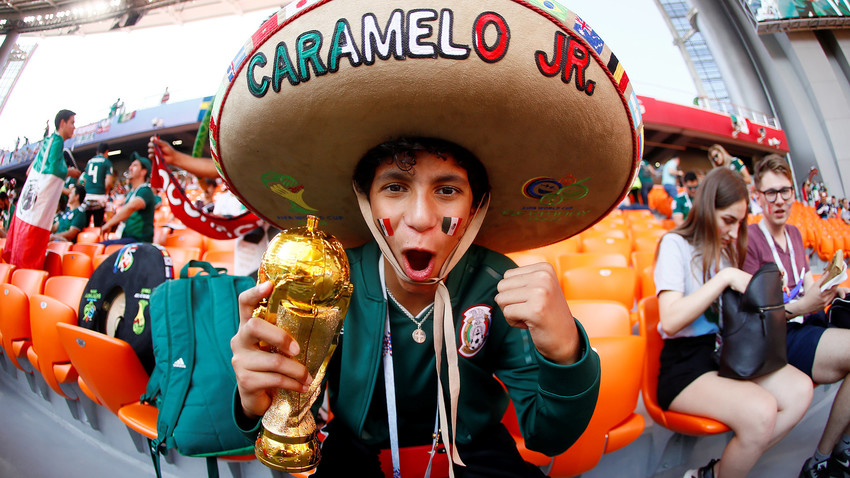 Reuters
While some fans have been acquainted with pungent eggs on trains, others have been enjoying some waist-deep pothole action. Some have even been living in stadiums. It’s all in the name of fun though.

Not all football fans who came to Russia for the World Cup have been visiting landmarks and museums between matches. Many of those seeking merriment have chosen an alternative path. Unfortunately, there have been scandals involving Brazilian fans and female harassment. Now some have been forced to make public apologies and have even lost their jobs.

But in the end, the World Cup is first and foremost a festive occasion as national teams compete to see who scores the most goals and fans go head to head to see who has the most fun. So who is it? Look at this ranking dedicated to football fans from various countries and their oddities.

the most tragic mistake of this World Cup was committed by fans from Colombia, Argentina, China (whose national team is not playing this year), and Switzerland. These people did not have time to have fun. These unlucky fans confused the Russian host cities with cities where nothing is happening, due to similar names. Instead of Nizhny some Argentinians wound up in Veliky Novgorod and therefore had to watch the match on TV. Chinese fans, several groups at a time, confused Vologda with Volgograd, two cities which are 1,000 km apart.

The mayor of a Colombian city named Floridablanca and his wife were found bewildered at a parking lot 150 km from Saransk, in the city of Penza. The couple had thought they booked a hotel in a suburb of Saransk.

The Swiss fans had it worst of all. They drove to see the Brazil-Switzerland match in Rostov-on-Don, but the GPS told them to go through Donbas in southeastern Ukraine, where battles are still being fought. But this did not frighten them, for they were not aware of the war. They planned to spend the night in Amdrosievsk.

It is not clear how they managed to enter this since they were not exactly incognito: Their red car had a souvenir World Cup inside and a sign reading, “Swiss Followers. Russia 2018.” 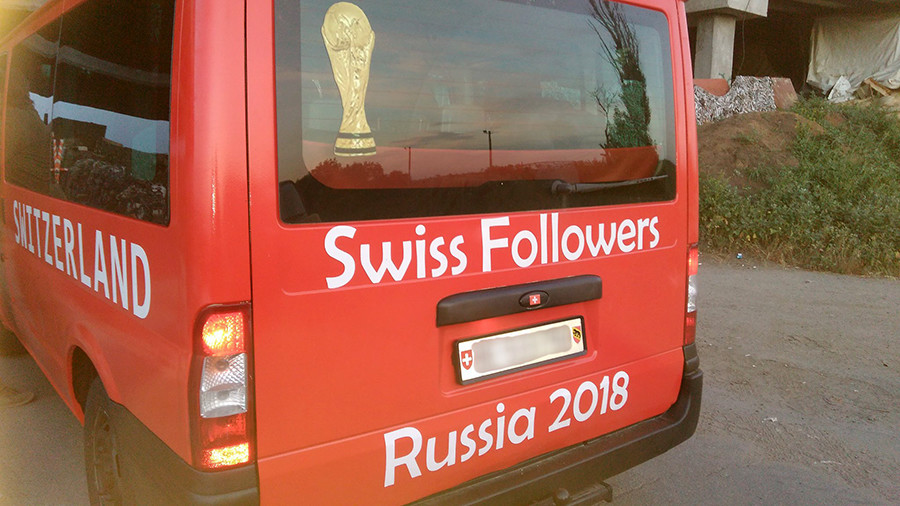 three days a fan from the Russian Republic of Mordovia hid inside Luzhniki Stadium in order to see the opening match without a ticket. He was found there on June 11. “I remember I was driving in the car. About three days ago. We came here, the rest is fog. I laid myself down on the grass and had a nice sleep. Now I feel well. I am waiting for the match,” the man told the police.

New York Times Football correspondent Rory Smith tweeted how he had committed a “tactical” error. He got on the Yekaterinburg-Samara train (a 24-hour ride) with just some stroopwafels. And everything was going well until this moment:

To be honest, I feel that morale would have been higher, two hours in, if my cabin-mates hadn’t opted for hard-boiled eggs and pickled cucumber for dinner. That smell is...not going to shift.

The discomfort continued and Rory started to feel a little queasy. Then one of the egg eaters, who did not understand a word of English, decided to feed him cucumbers, tomatoes, bread, and salami, and then shoved some strawberry jam into his bag.

I don't want to be all HERE'S WHAT THE MSM WON'T TELL YOU ABOUT RUSSIA, but not sure that's ever happened to me on a British train. Admittedly, that may be because I rarely board a train without two Grab Bags of Rolos, but still. Well done that lady. Eat all the eggs you like.

Yes, Rory, we warned everyone about eggs on trains.

Tolulope Akindi, 26, came to Moscow for the World Cup and had a bit too much merriment. He had too much to drink, walked out onto a second-floor entrance canopy and started singing and dancing. The building’s residents tried calming him down, but he continued his solo performance. Then one of the residents pushed him off and he fell to the ground. Akindi broke both his ankles and is now watching the championship at the hospital.

Everything was going well for Luis Felipe Gomez at the World Cup, but social networks ruined him. Luis, not the most disciplined fan at the championship, had one particular skill: He was able to smuggle in a cask of alcohol camouflaged as binoculars. The video of him drinking from his binoculars was posted on the Internet and soon became viral.

Colombia's Foreign Office has reminded fans to behave themselves while in Russia after a group of Colombian supporters used a pair of false binoculars to smuggle liquor into yesterday's Japan game.pic.twitter.com/zwxsDdtxvE

In the end, Luis’s employer saw it and fired him.

Icelanders got together 500 meters from the Kremlin at Zaryadie Park, occupied the amphitheater and began working on their traditional clap “Hu!” Just look at this, it’s even a bit frightening…..

the wives of these Iranian fans have already found out about everything. Since this is not the best way to not be noticed. But they have certainly had their share of fun.

The Peru national team made it to the World Cup for the first time in 36 years. Who knows when this will happen again? This is exactly what one Peruvian fan was thinking. “There was a guy who was worried he wouldn’t get a ticket for a Peru match, so he said he would try to put on 24 kg so that he could apply for one of the special [easy-access extra-width] seats that are much easier to get,” says Guillermo Espinoza, an English teacher from Lima. “You get a good view as well from those seats.”

Couldn’t get a ticket? Now you know what to do.

Who are if you leave a whole city without beer? Seven thousand Swedish fans. A day before the beginning of the match with South Korea they bought beer at many bars and stores in Nizhny Novgorod and drank it, according to the Swedish Football Union Security Service. But after the historic victory (the first in two years) the Swedes drank the city dry. They drank ALL the beer.

from these countries arrived at the match in Nizhny Novgorod and made a pothole the main tourist attraction. They decided that it would be cool to have some fun inside it.

The first to climb inside were the Croatians, then the Argentinians 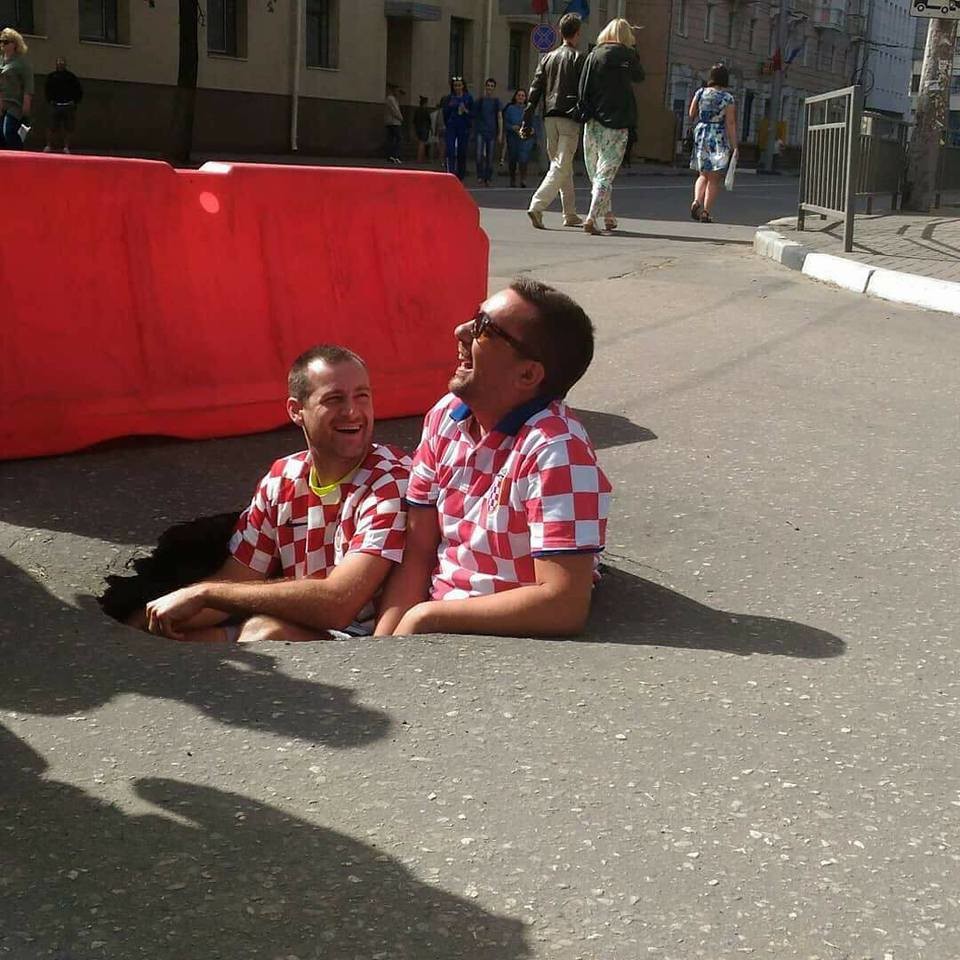 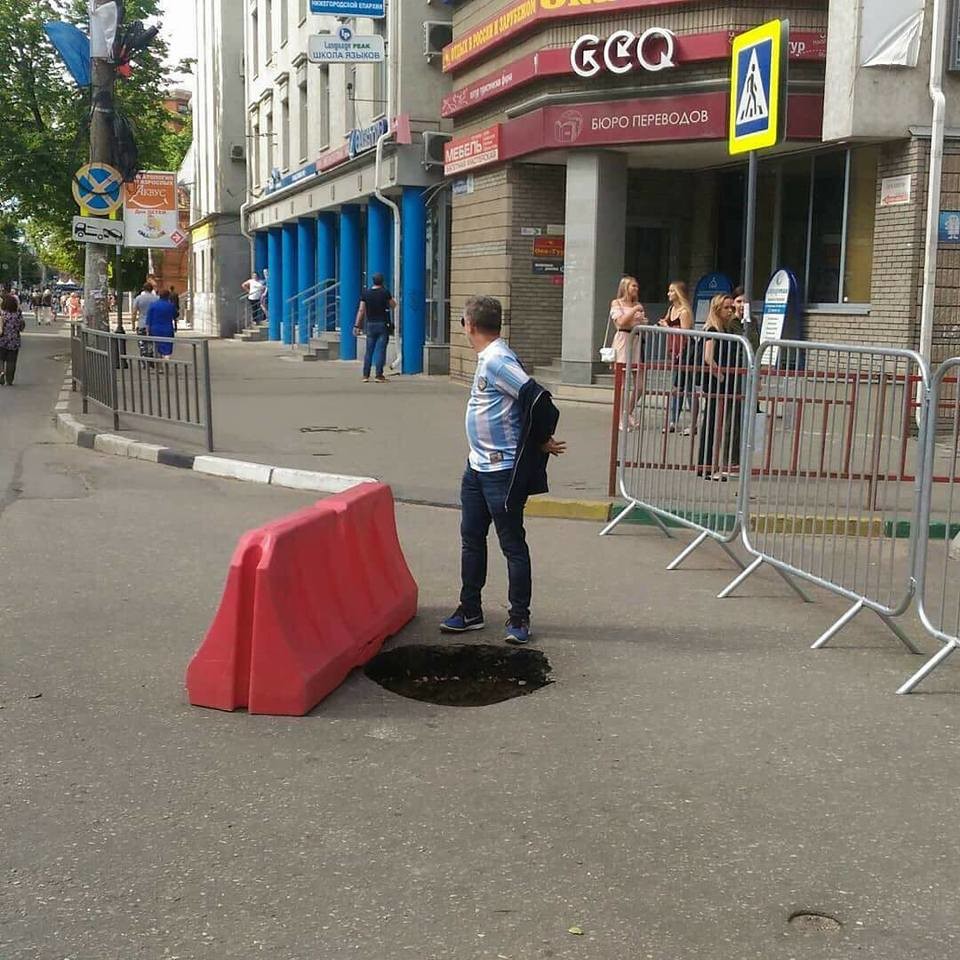 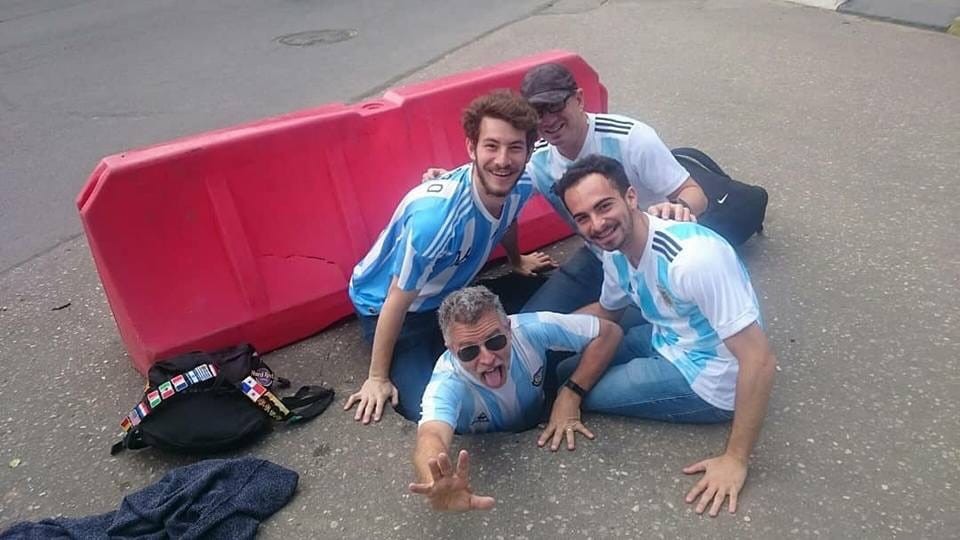 locals thought that the ditch was apparently something wonderful since it was so popular with foreigners and decided to leave it, even charging an entrance fee: “We have to take care of the pothole or it will become too big and its magical force will decrease.”

But the Nizhny Novgorod authorities had a different plan. The following day the hole was filled in.

For many years these fans had wanted to go to the 2018 World Cup as one group, but at the last moment the wife of one of the friends, Javier, did not let him go. That is when the four Mexicans decided to bring along a cardboard copy of their friend. Cardboard Javier drank beer with them at the bars, walked around Moscow, visited the fan zone, embraced women, and slept in two armchairs. He also became the main meme of the championship in Russia.

Now he’s a celebrity. But you know what? It seems that Javier has actually come out to the World Cup. A man who looks like him constantly appears in photographs in Russia. On June 27 the media reported that Javier went missing in Yekaterinburg. Later local publications wrote that the cardboard Mexican is being kept in a police station because he was drunk. But the police denied it. Now patrol cars have his description and are looking for him all over the city.