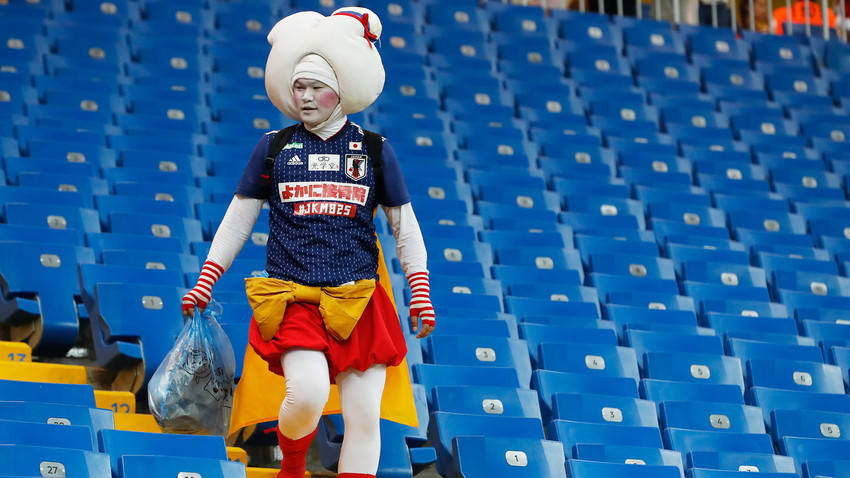 On July 2 Belgium and Japan played out a nail biting last 16 match in Rostov-on-Don. The only remaining Asian team at the World Cup were 2-0 up until the 69th minute, when Belgium staged a stirring comeback, scoring a vital third goal with virtually the last kick of the game in the 94th minute. The Japanese were gracious in defeat though and remained on the pitch after the final whistle to thank their loyal support. The players also took it upon themselves to clean up the dug-out and changing room, leaving a note in Russian saying “Thank you.” 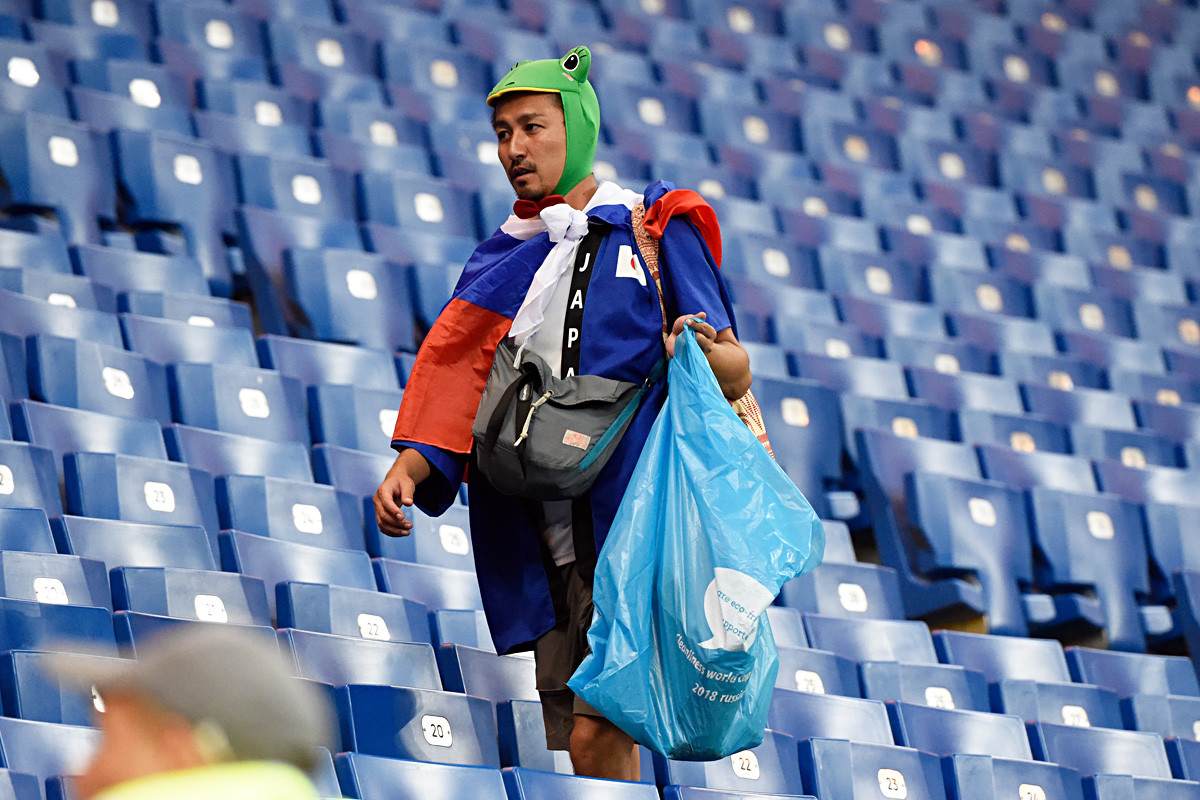 A Japan supporter collects rubbish after the Russia 2018 World Cup round of 16 football match between Belgium and Japan at the Rostov Arena in Rostov-On-Don on July 2, 2018.

But that wasn’t all. Japanese fans also helped collect rubbish in the Rostov Arena, just like they did after watching their team play a group match in Saransk.“We play football here, we fight on the field, but we also represent Japan, and we should do it with dignity. The fans demonstrated this,” said Japanese defender Maya Yoshida.