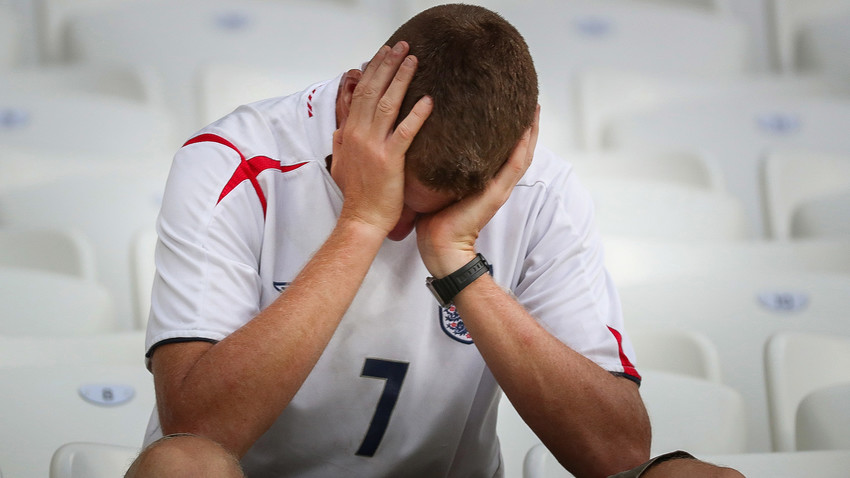 Reuters
It’s easy to get carried away supporting your country during the World Cup. Patriotic sentiment can boil over if your team scores a last gasp winner or triumphs in a nail biting penalty shootout. But shouting at the TV and hugging your friends manically while jumping up a down are different to daubing “ENGLAND” over a national monument, which is exactly what one supporter from Old Blighty did in Moscow.

The passionate fan unleashed his creative side before England played Colombia on July 3. He chose a statue of Soviet football legend Fyodor Cherenkov outside Spartak Stadium as his canvas. He was quickly collared by the police and slapped with a $50 fine 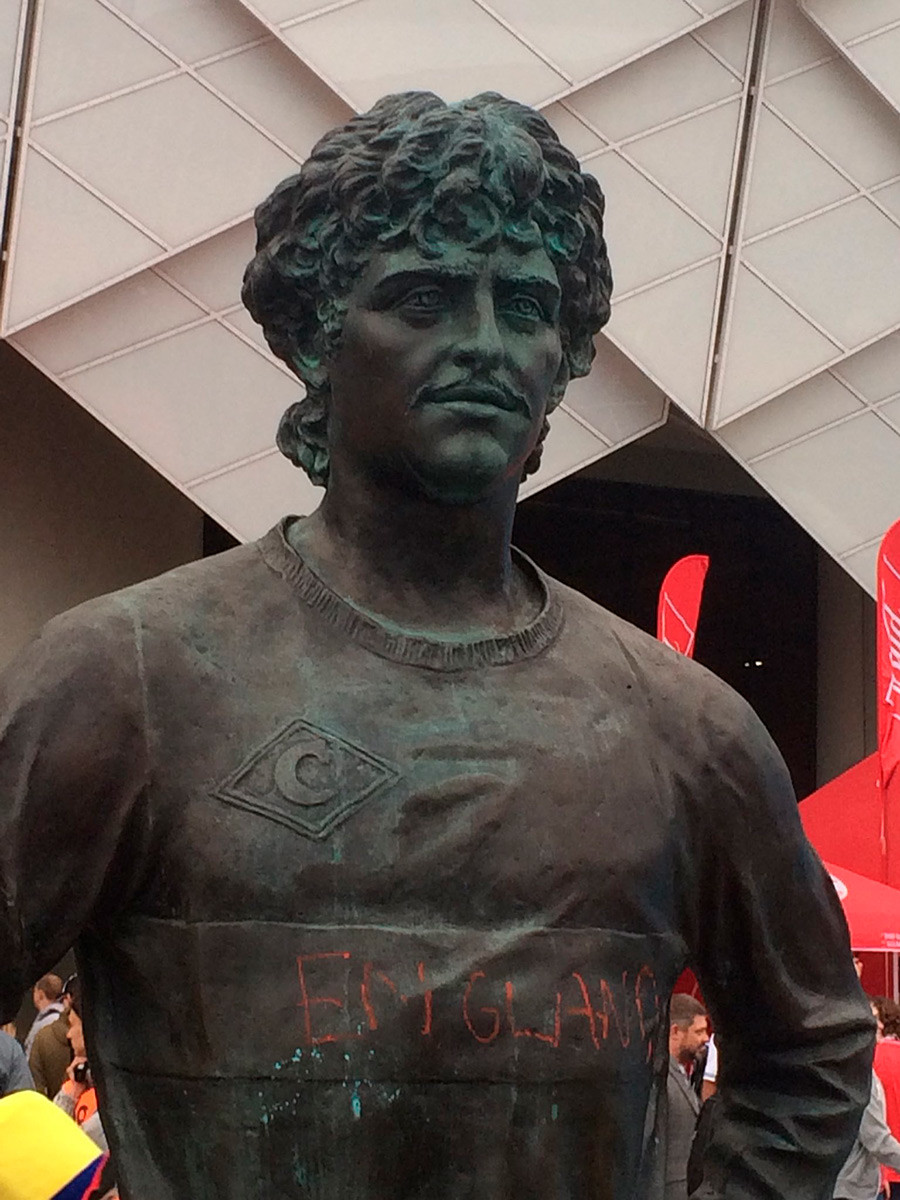 artwork has since been washed away but someone posted a video of the England supporter trying to remove the red lettering himself before the authorities noticed.