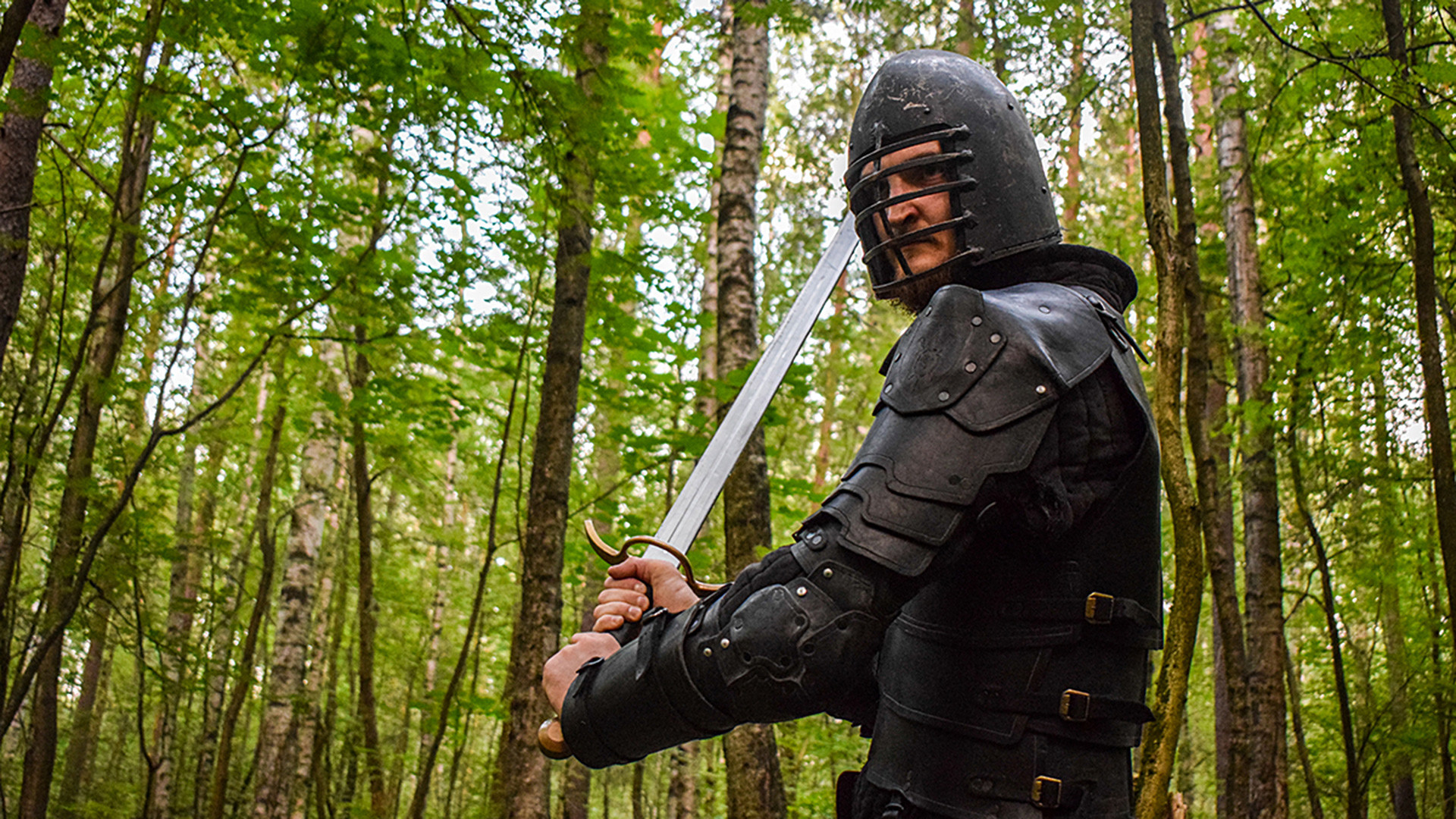 Daria Strogalschikova
Don’t be surprised if you see a man carrying a sword or a woman with pointy elf ears walking down the street in Russia. No, they haven’t been thrown into our world from some parallel universe—they are just role-players, members of a surprisingly popular subculture in Russia.

It wasn’t always like this. For a long time in Russia, the movement wasn’t widely recognized at all. This subculture first appeared in the 1990s, which in Russia was a time of lawlessness and anarchy when everyone was just trying to survive. Naturally, some people decided they didn’t particularly want to live in this kind of world, and so they created their own instead. Thousands of teens armed with wooden swords went into the forest to seek refuge from the mad carnival of their real lives. They sought shelter in a fantasy world of elves and knights, one where you know clearly who your friends and enemies are, and good is clear and worth fighting for.

It was childhood escapism that provided the base for live-action role-playing games (or LARP) in Russia. For the most part, society viewed LARP fans as freaks or eternal children who refused to grow up. After all, what else would you think about someone who runs around the forest wrapped in a curtain and studies Elven instead of a foreign language?

But time moves fast, and in Russia role-playing games have gone from being an attempt to escape society to a major social experiment. It’s no longer just a trip to the nearest forest with a saucepan helmet and plywood armor, but a new kind of art combining the game, reconstruction and theater. And players nowadays are not children at all—well, maybe just a bit in their hearts. Most of them are adults with ordinary jobs for whom live-action role-playing games are a serious—and rather expensive—hobby.

This is what our story is about: the role-players, reenactors and visitors to LARP festivals. It’s about people who go to a good job on weekdays and conquer a Wild West filled with cowboys on weekends—and see nothing strange about this contrast. For some, these games are a chance to fight with swords, while others are seeking a soul mate or use LARP as a form of therapy. Sometimes it’s just a way to relax from one’s everyday routine. Some people believe that role-playing games can even become a lifesaver—not just for you, but also for your surroundings. 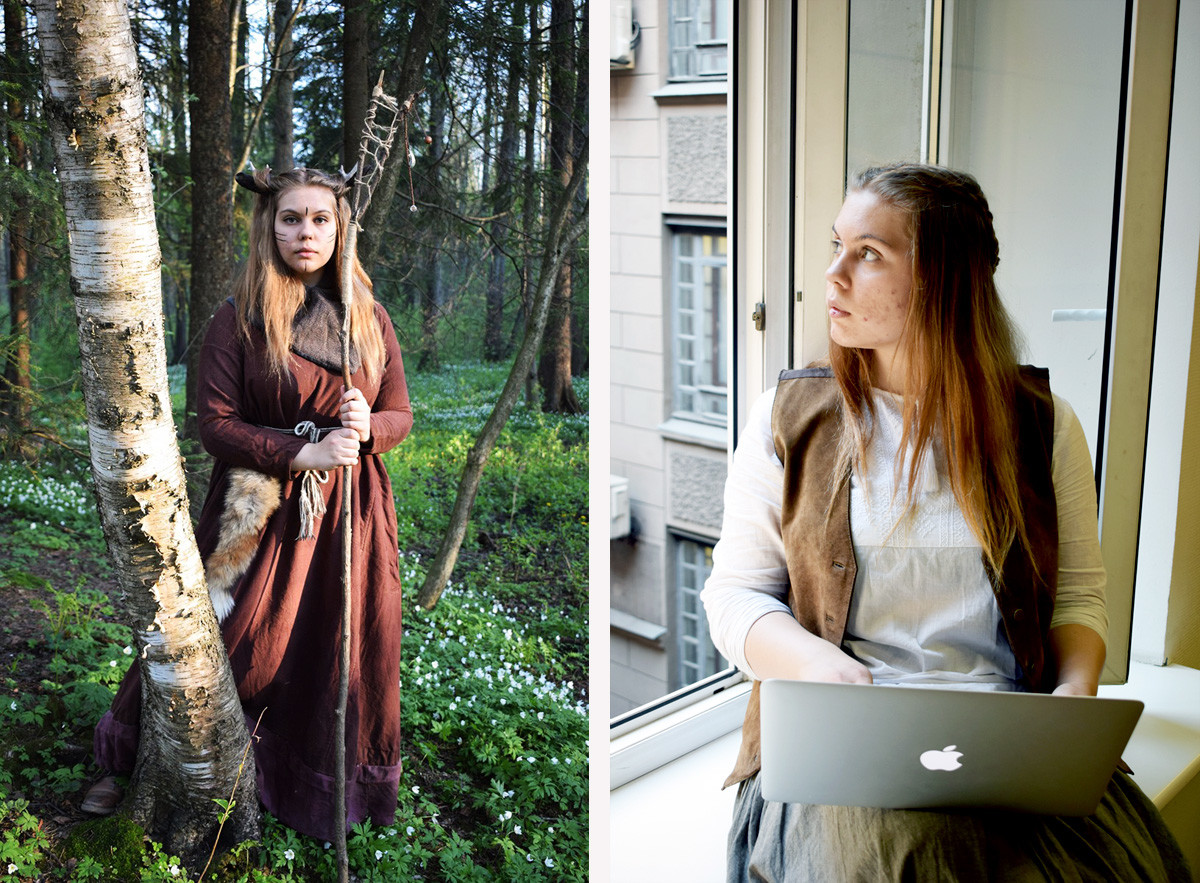 “Everything began after I moved to St. Petersburg. By the way, I used to be a rather bright spot even in my little home city, but there I had space to act freely. St. Petersburg is a really creative place, and even If you look like a forest fairy in an ordinary metro car, people don’t react so sharply. Of course, I have some days when I wear casual jeans and a t-shirt with a favorite band, but in most cases I want magic. I want to make people around me feel like they are in a fairytale — just as if I had my broom parked somewhere nearby and my backpack was full of herbs and potions.”

, I started to study fire shows, and then my friends that circle suggested I come to Beltain–a big folk and role-playing festival in St. Petersburg. Considering that I’ve been interested in mythology and fantasy from early childhood, I decided why not?”

“When I was four, my mom read me The Hobbit, and, when I was five, Lord of the Rings. That was the moment when I got into Tolkien. As soon as I found out that Tolkienists exist, I tried to find them throughout my hometown, Ryazan. This continued from when I was eight until 14, and then my friend told me about a reconstruction club where it was possible to find role-players. So, just after turning 15, I came there, met role-players and went to my first game. That’s how everything began.”

“Nowadays, we have a great number of authors working in the genres of fantasy, science-fiction historical or pseudo-historical novels. Each of them has their own fan army with a sacred dream: to get into one or another depicted world, to take part in the events that develop in the pages of the book. Role-playing games are this: sinking into wonderful fairytale worlds, the worlds of the authors’ dreams that give every reader the opportunity to feel like a part of this universe. Those who see nothing but walls at home and work for most of the year can escape the vanity and commonness of modern life and give themselves the freedom to be who they really are.”

“I've been a member of the LARP community since I was 13, so this is more than just a hobby for me—it is a lifestyle. When we are young and sensitive, we try to find people who can become an example for us. I was looking for honest, open-minded, unusual people to whom the word “honor” still has meaning. I found many of them in the LARP community. Later, the Igry Buduschego (Games of the Future) association was formed. We think it's our mission to make the world better, and our project Noon, which I've been coordinating in St. Petersburg for the last two years, tries to help orphans find their way in the world using LARP as one of the main instruments.”