'I’m disappointed, but it was awesome!' - How Russian fans reacted to the match with Croatia 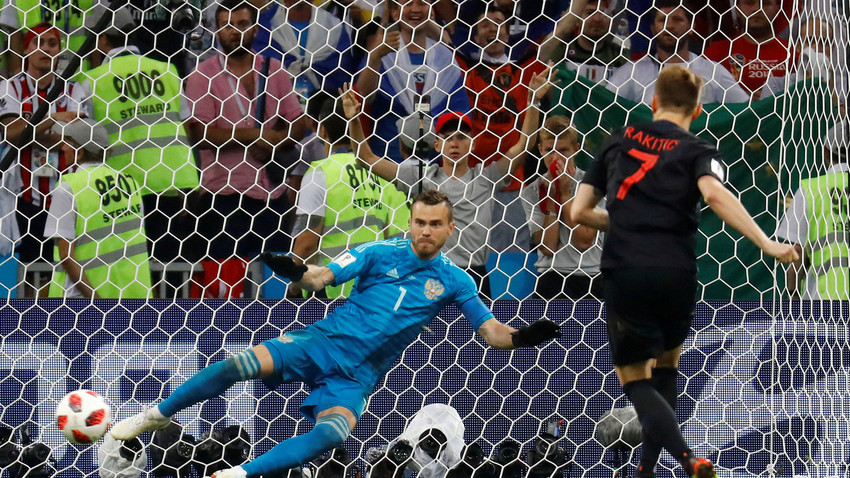 Reuters
Russia lost to Croatia on penalties in the quarterfinal match at the FIFA World Cup, but fans don’t blame the team. They think the players fought like lions.

"I’m of course disappointed, but it was awesome! Thank you, team, for playing great during this championship!"

"Beautiful story with a sad ending. Thanks for the way you played, Russia!"

"Our team lost, but it deserves love and respect."

"There are tears, but you are the best!"

The Russian team had beautiful supporters...

"A draw after the first half in one photo."

President of Croatia Kolinda Grabar-Kitarovic (left) and Russian Prime Minister Dmitry Medvedev (right) were pleased with the game. It was 1:1 then...

"The mood after the end of the first half."

Obviously, not everybody who watched the game was as calm as the leaders of Croatia and Russia. The match was nerve-racking, and the Russian team managed to tie it, 2:2, in the second half of additional time.

Striker Artyom Dzyuba did not score in this match.

The ability and skill of Artyom Dzyuba and goalkeeper Igor Akinfeev weren’t sufficient to secure but made for a breathtaking game.

After the match, Dzyuba could not hide the tears in his eyes...