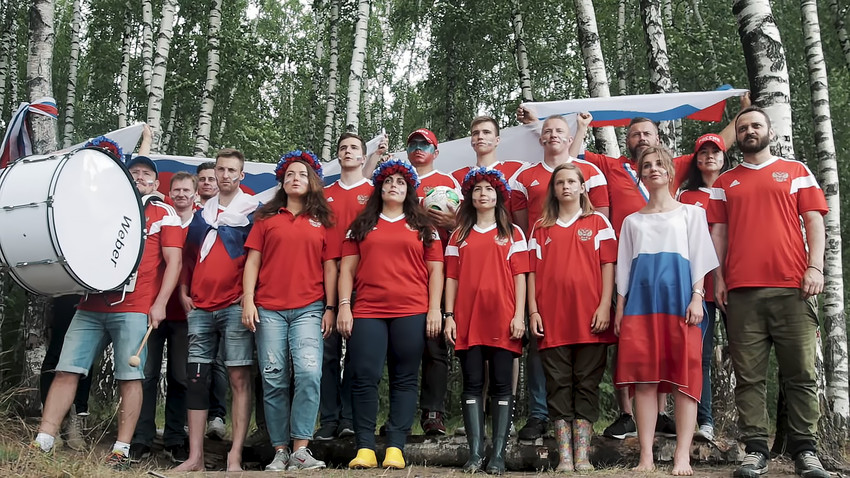 Russian football fans have made a video to express their gratitude to all the traveling players and supporters who have so far made this a truly memorable World Cup.

“This video is a huge ‘thank you’ to all the football teams and fans for the emotions, atmosphere, tension, and the possibility for all of us to be part of history,” the creators said.

In the clip, a group of drum-beating Russians sing Icelandic folk song “Á Sprengisandi (Ríðum, ríðum)” while also belting out the country’s traditional "Hu!" chant. “Ros! Si! Ya!” is also included, as you might expect. At the end of the video they thank all the tournament’s participating nations.

The song was chosen because Iceland fans recorded a rendition of well-known Russian song  "Kalinka-malinka” to thank the country for hosting the World Cup before it even started.

The Russian singers have encouraged other nations to get involved in the impromptu musical challenge by asking “Who is next?”

Compare the clip with the video made by the fans from Iceland: