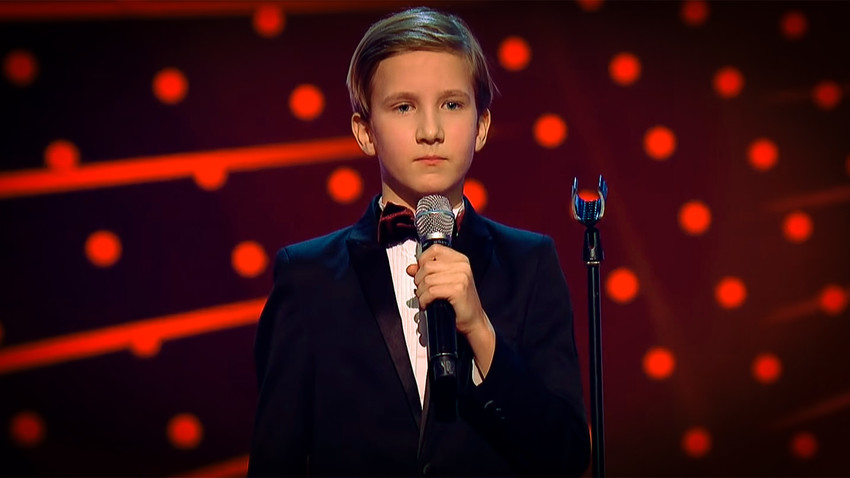 Moscow-born Yaroslav Yakubchuk, 11, won the love of the judges at the British version of the show 'The Voice Kids'. During the blind auditions, he performed the aria of Nessun dorma ("Let no one sleep") from the opera Turandot, by Puccini, often remembered highlighted as one of Luciano Pavarotti's standout performances.

Yaroslav's rendition was so spectacular that, almost instantly,  will.i.am gave his support, followed by actress Pixie Lott and musician Danny Jones. After his performance, the boy chose the guidance of The Black Eyed Peas frontman.

Despite a vocal range of 4,5 octaves, the schoolboy did not manage to pass the auditions in the Russian version of the show. According to him, none of the judges turned to him. The performance was never aired.

Yaroslav was born in Moscow, but moved to the UK at just 3 months old. In his spare time, he likes to swim, play football and sing at his local Church choir.

On July 18 Yakubchuk won for a second time, beating the trio of performers who sang the song "Bring Me To Life" by Evanescence. The show's semifinals will take place today, on July 20.