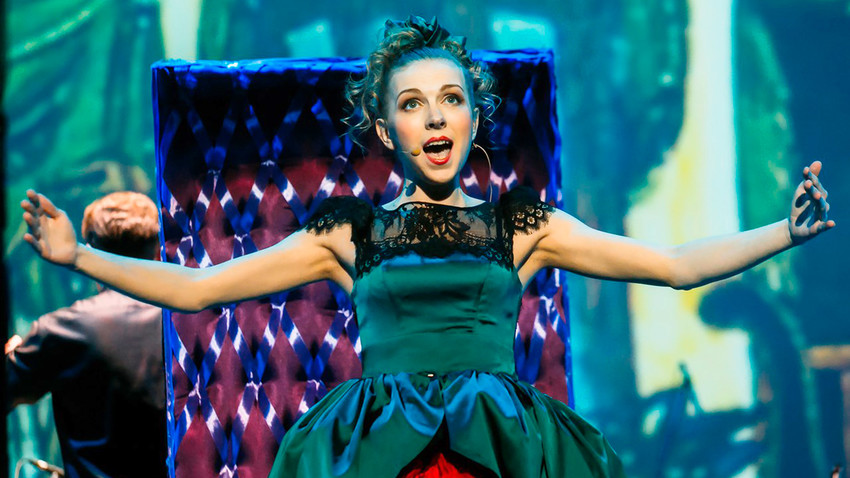 Svetlana Feodulova
Soprano sang highest ever note by a human, and also the most notes in a single second.

On April 11 Russian vocalist Svetlana Feodulova set two Guinness world records while performing Mozart's Rondo during the Show Opera concert in Russia's cultural capital, St. Petersburg. Not only did she belt out the highest note ever recorded by a human, but she also sang 13 notes in one second - nailing another record.

The singer is no stranger to setting records. In 2010 Feodulova officially became "the highest coloratura soprano in the world." In 2013 she also participated in the popular Russian TV show The Voice (Golos in Russian) winning many fans in the process.

Born in Moscow in 1987 Feodulova studied music at home and abroad. As she said (link in Russian) in a recent interview, the key to maintaining her outstanding voice is a balanced between silence, diet, and sleep.

"Following such a regime helps the voice stay fresh," she explained. "It's also necessary to keep an eye on one's general state of health. One shouldn't feel anxious, try to remain level in stressful situations." She also revealed that she’ll soon open her own vocal academy in St. Petersburg. Next month a new video will be released for her new song: An anthem for the 2018 World Cup in Russia.

Did you know that several successful Western musicians have a Russian background? Check these guys out.